Me @ my Kpop boys

U know how in some interview in America, they asked NCT127 what their secret was to having such great hair or whatever the question was. I can’t remember.

Johnny said that their hair doesn’t have to be healthy it just has to look great. It had me thinking.

It’s the same being an idol. Some people don’t care about your health as long as you look great. Most idols don’t talk about their mental health because some of their “fans” shit on them for it. Calling them all sorts of insulting things .

Are they fucking insane?????

45-50kg isn’t healthy for people over 155cm tall(depending on the weight of their skeleton) . And to think that idols that are 160-175cm are forced to be that weight or the public calls them fat and ugly and tells them that they don’t deserve to be idols because they’re not the “ideal” weight. No matter how long they trained, how hard they’ve worked, how talented they are.

And the fact that all idols need to be pale because it’s part of the beauty standards. The idols are throwing away their childhood, their privacy, their love live, to do something they love, and the can’t even be their natural skin colour.

Idols sacrifice so much of their lives and people literally shit on them for the littlest, stupid, unnecessary shit.

Irene read a book written by a feminist, got shit on for it. Lia can’t do that genuinely hard shoulder thing well in Wannabe, gets called lazy and people say she can’t sing. Beautiful, talented Chaeryoung doesn’t fit the beauty standards, gets told to leave the group after all her hard work and training. Hwasa doesn’t fit the beauty standards and disregards the “ideal” weight and body type, got told to leave the group by the public multiple times despite obviously being very talented. Kyle being bullied out of Priston because of her weight. Jennie doesn’t smile all the time, gets called a bitch and is “rude”.

People underestimated Bangtan and looked down on them thinking that they wouldn’t get anywhere but look at them now. Namjoon and Hoseok got told to leave the group because they “don’t look good enough” despite the talent the they possessed, the love they have for performing. People out here saying Bangtan don’t deserve all the success they’re getting, when they worked so hard to have their efforts seen.

There are alot more examples of this absolute bullshittery. I personally think there is nothing wrong with having an idol persona in an industry that treats its idols like this. If it keeps you from getting hated on by nitpicking people who literally will hate on you for anything and everything you do. Then do it.

I just hope that people will treat idols like actual people in the near future. That idols would be more confident and comfortable with themselves. And not have these insane beauty standards pressure on to them. I hope idols will get to be themselves and live their life.

Because it’s their life to live….

I hope idols will be able to find love within people calling it a “scandal” and without the woman getting shitted on just because they’re in a relationship LIKE ANY OTHER HUMAN BEING THAT CRAVES LOVE FROM A LOVE INTEREST.

K-pop stan culture is fucking toxic as all get out. Fans fight with other fans, despite their groups literally being best of friends. We complain that they don’t get enough rest, then complain about how much we miss them when we haven’t had an update in two days. You guys act like one mistake is the end of the world and that they are demons for it. You forget, these people are human too. They make mistakes, they regret them, they learn from them, and they eventually will move on.

Hell, I mean you treat these people as if they were a barbie in your playhouse growing up. It’s ridiculous, you think you control their lives and that you should have a say in everything they do. I am amazed that they still love you and support YOU because if I was in their position I would have lost my cool a long ass time ago.

STOP normalizing constant contact with these idols. STOP acting as if they are perfectly unflawed gods and goddesses. STOP thinking you created them, so you can tear them down and play with them at your will.

You talk about how some people are “showing a nasty side of themselves” when you don’t realize that you are doing the exact same thing. You aren’t five anymore. You aren’t the queen of a fantasy world you created. Step down from your high horse. :) 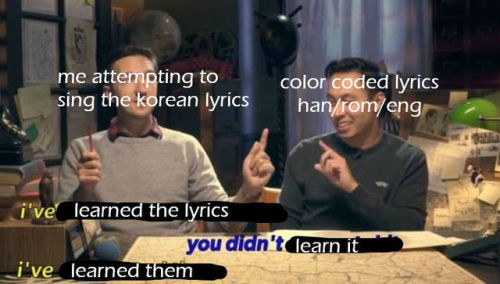 Also kpop idols when they get free food :

You try once now your addicted

Me: *Showing a kpop boy*

Straight boy with fragile masculinity: “is that a girl? Kekekekekke”

Kpop fandom is so funny coz I can either get up in the middle of the night or in the dinner time and there will always be two types of people on my dash:

Like if you prefer your idol as well fed and happy with squishy cheeks more than with sculpted abs with sharp jawlines.

And comfy hoodies over ripped jeans and silk shirts. 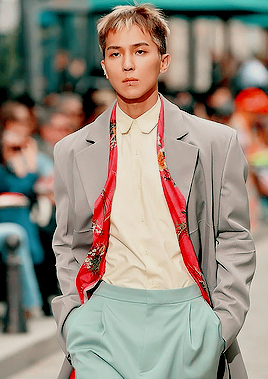 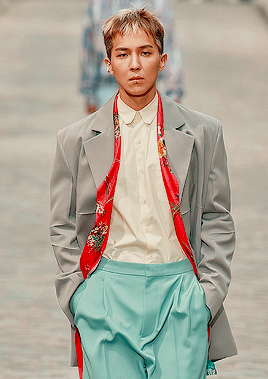 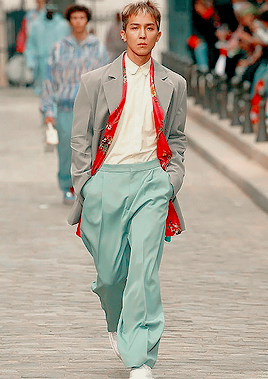 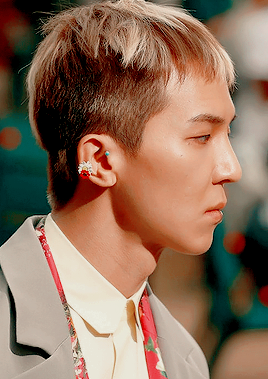 Me explaining how I got into kpop :