which one is noodles 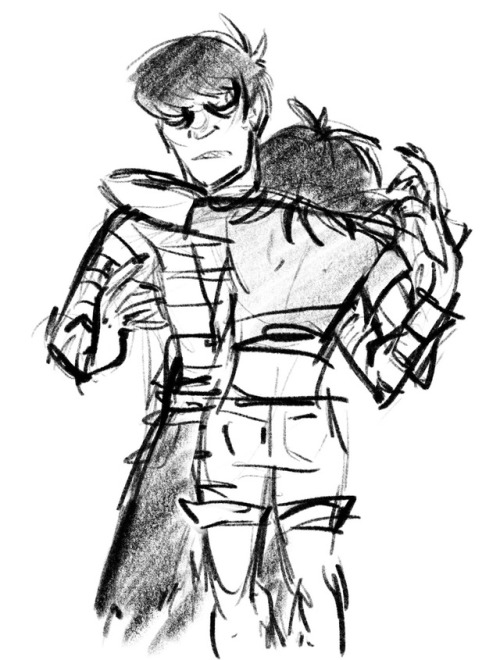 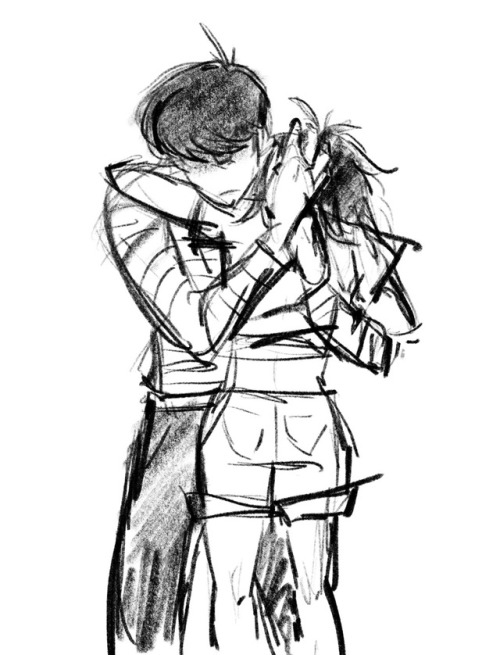 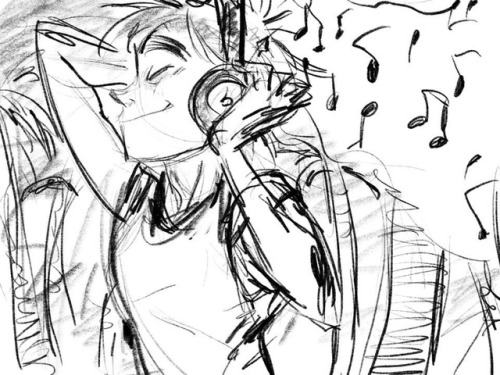 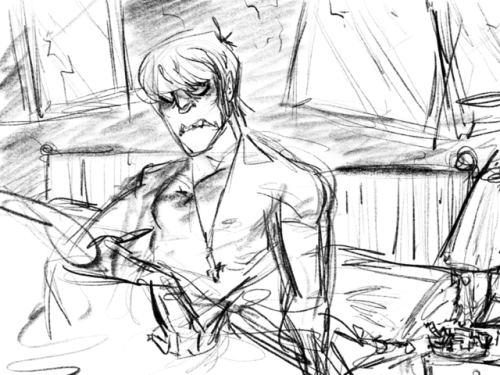 gorillazmurdoc2dnoodlephase 4phase 5phase 2?? i actually dont know which phase the last one is lolthe last two ones were actually warm up doodles about 5-10 min eachfirst two in a similar boat with the added bonus of being from a dream i had last nightsketchesmy art
1,492 notes
Loading...Show more notes
Reblog

gorillazphase 4noodlecyborg noodlesorry i'm feverishly doodling bc i think i have a cold and have nothing else to do :(i acutally need to draw cyborg one of these daysi really hope she's not totally dead and she'll have a roll in the show.. i can dreamespecially noodle n cyborg's relationship which imagine is.. troubledidk what nood is wearing either im just sickly doodlin and ramblinshyfae art
1,198 notes
Loading...Show more notes
Reblog 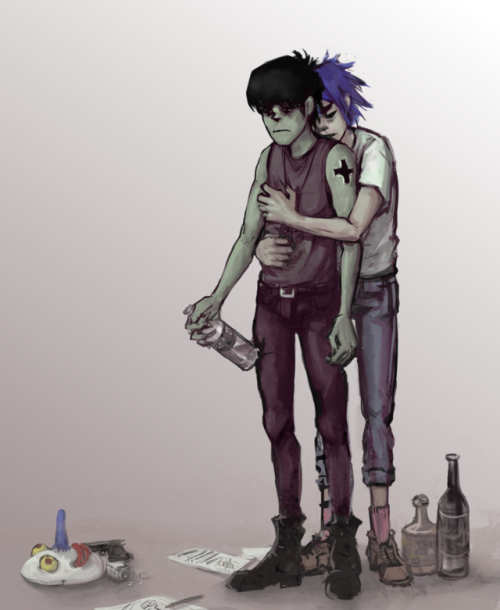 Sooo, I said I’d finish one of these. Well, it’s not 100%  finished but at least its coloured now

I don't have enough motivation to properly finish this sorryI wasn't sure which one I should dobc people in the comments requested the middle one more and people in the tags this one2docalso talking to noodle and Murdoc was awesome!!Noodle is lovelyI love NoodlestudocniccalpotaaandMurdocs twitter picture is just amazing lolagainnot happy with this :/I feel like it could be way better if I was motivated to put in a little more workmyArthurt/comfortmy tags are always a mess
650 notes
Loading...Show more notes
Reblog 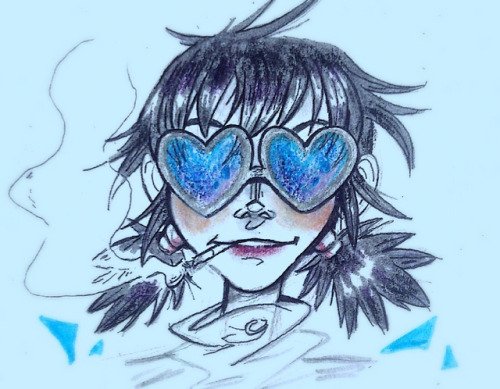 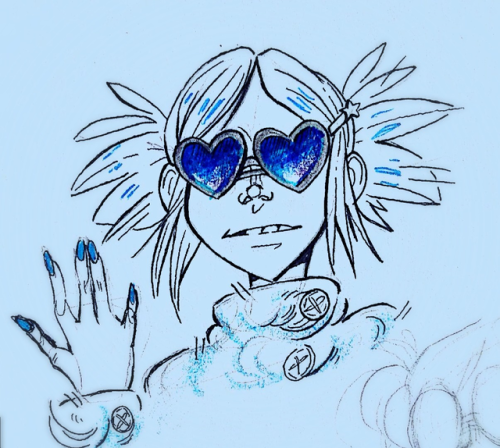 Good day! How are you doing today? I have a question. How do you deal with Rouge's legs? Some artists draw her with a human lady's legs but others draw her with noodle legs and I'm not sure which one is correct.

hi! i’m doing fine thanks! well.. i woudn’t dare to say which one is correct since it’s each’s one style,

on official art, Rouge’s body is shaped like a peanut, and her legs are endeed noodles, its a way to do it of course, its very simple too

now, Rouge on 3D model, she hasn’t exactly thin noodles, she has thighs 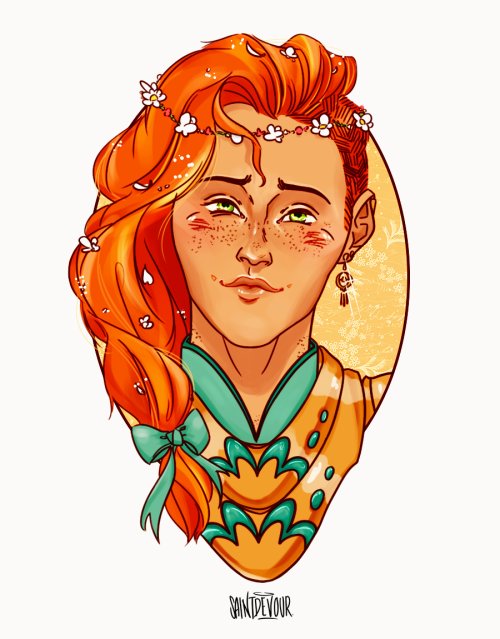 her princess gave her a daisy chain crown for their own personal knighting ceremony, leaving nami hopelessly and completely enamored

for the expression prompts – based on @onepiecehcs‘ knight nami and princess vivi namivivi au. i hope you like it, anna!!

one pieceopartopfanartnamicat burglar namiONEPIECE//usersaintuserartlegendaryjarcollectiononepiecehcsphew!!! anna don't be alarmed but i'm whacking you with a foam noodlefor being such a genius with detailswhich i FRANKLY cannot keep up withbut definitely tried my best irt the armorwhole new respect for your eye for detail!!! seriously!!!!thank you for sending in that prompt!!! nami was so lovely to drawc. namit. fanarta. one piecef. one piece
115 notes
Loading...Show more notes
Reblog
McHanzo Week: Day 6 - Domestic Life

See if you can guess who wrote which ones…

1. Which one gets sick fairly often? Which one almost never gets sick?

3. Which one hovers over the other when they’re sick?

4. Which one makes amazing homemade soup to help the other feel better? Which one ruins canned chicken noodle?

5. Which one stubbornly tries to pretend that they aren’t sick?

6. Which one refuses to kiss the other while sick? Which one insists on kissing them anyway?

7. Which one hates going to see the doctor? Which one drags them there when absolutely necessary?

8. Which one insists that the other isn’t contagious, then proceeds to catch what they have? Which one tries not to say “I told you so”? (Or doesn’t!) 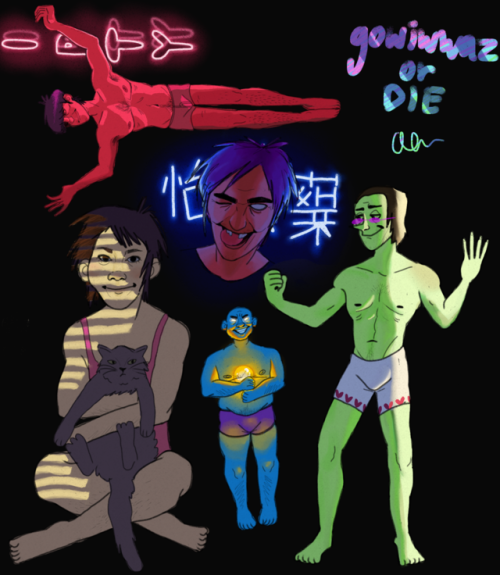 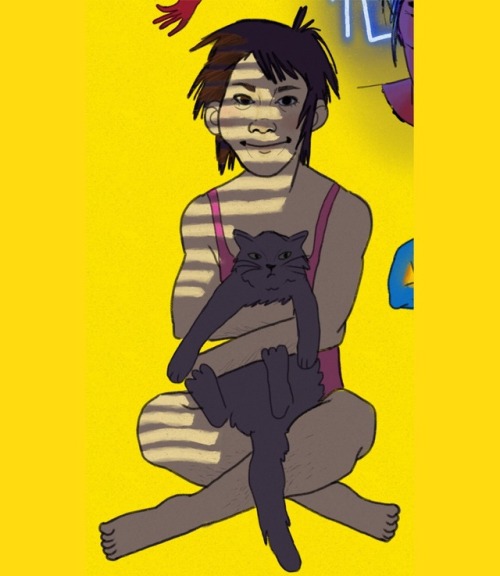 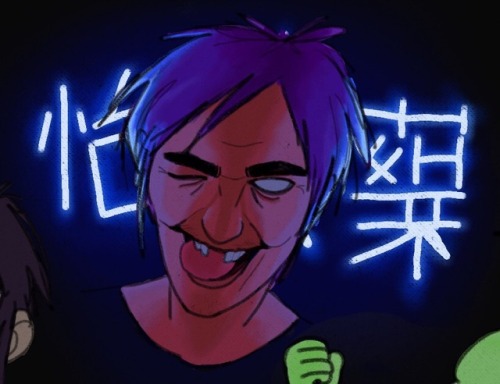 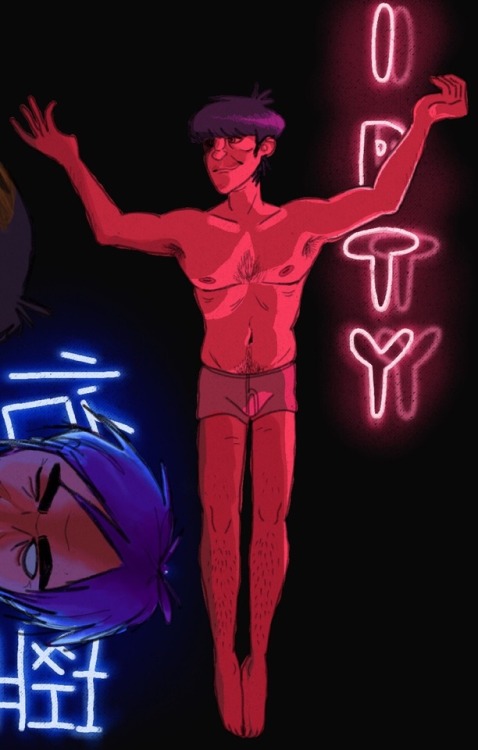 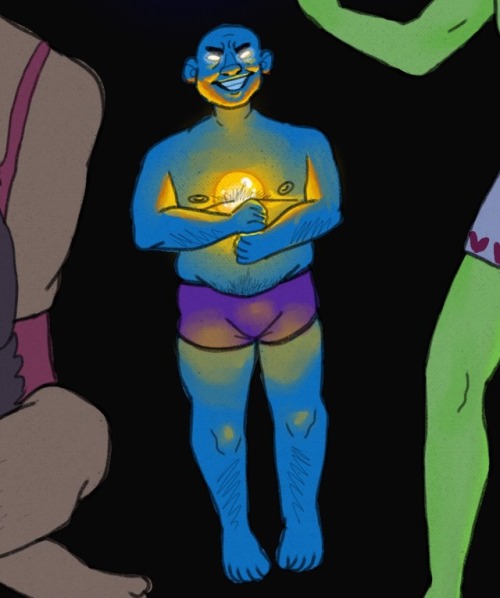 here’s some colour study for u absolute cretins

Writer Life is looking up the nutrition facts for Nissin Cup Noodles (which just so happens to be one of very few foods you actually hate, but one of the antagonists in your series eats it almost exclusively) at 12:25 AM for the sake of some fucking throwaway dialogue. 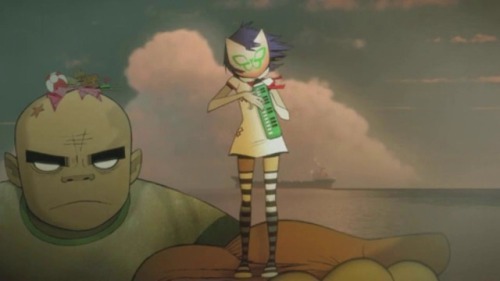 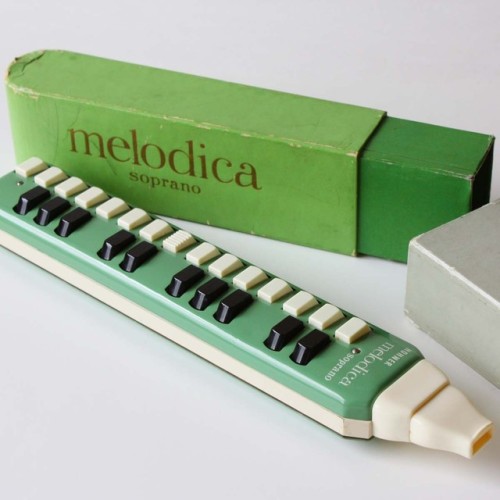 if you google “vintage melodica” you can find one like Noodle’s, which is from the 60’s 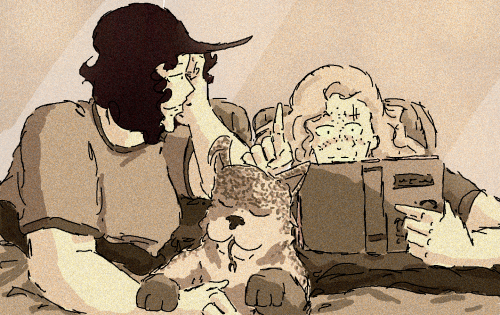 Doodle for the NPC AU! @cyndercrys

I feel bad I haven’t drawn them a lot lately 😭 I need to start to. But anyways I thought about just a moment of Renee and Gene talking about stuff or with whatever Renee is reading.

ALSO NOODLE IS SO ADORABLE SLEEPING

renee jonesnpc reneenpc genenoodlenpc aufallout 4I wanted to do a NPC AU piecewhich I need to start doing more of lolI missed them!!and the recent chapter in RS got a kick backthey should be one of the good feels doodles in between the children of atom comics XDcyndercrys
14 notes
Loading...Show more notes
Reblog

Ok but an idea... we dont know what most of the day to day is like for our MC. What if any time MC goes to talk to Levi its just a info dump of anime they dont watch or care to at this point and MC just 5000% done with him.

I mean that’s probably the most likely answer lol, I wouldn’t be surprised if Levi “borrowing MC for a minute” became a 3 hour info dump.  Even if you did enjoy the franchise he was talking about you’d probably get tired at that point.

At the same time though I feel like they could have given you a better option to express that than “I’m busy right now” and “Fine, if it’ll get you to stop bothering me.”  Or at least told us what you were supposedly busy with so it didn’t sound like just an excuse.

The good news is no matter which one you choose he doesn’t take it too badly for more than one dialogue box lmao.

EDIT: I just looked at the Japanese and the “If it’ll get you to stop bothering me” actually is supposed to say “I guess it can’t be helped” which sounds WAY less rude, so it’s a translation thing.

it's mainly that I wasn't the one who decided I didn't want to listen to himsolmare decided that for mewhich can be jarring when they give MC an open-ended personality and then do thatobey mere-noodlehot take tuesdaycloviaglade
24 notes
Loading...Show more notes
Reblog

here’s my idea: paula comes back in the TV show. she just shows up on the doorstep of the house and invites herself in. she has got a better hold of her life and looks much happier. she says “hey i’m here to pick up my date”.

2-d and murdoc exchange confused looks, wondering which one of them it is. then noodle walks down the stairs in slow motion wearing a dazzling outfit and loops her arm around paula’s and they leave the boys standing there gaping in shock.

russel finds them there hours later and can’t get a word out of 2-d and murdoc about what happened.

Can i get uhhhh klance for that OTP ask thing? Btw your blog is fabulous

No, lovely, you are fabulous.

3. Which one hovers over the other when they’re sick?  Both hover in different ways. Lance will hardcore hover whereas Keith will worry and hover from a distance.

4. Which one makes amazing homemade soup to help the other feel better? Which one ruins canned chicken noodle? People would kill for Lance’s soup. Keith is still trying to figure out a successful way to open a can with his knife without hurting hurting himself.

5. Which one stubbornly tries to pretend that they aren’t sick? Ha, both.

6. Which one refuses to kiss the other while sick? Which one insists on kissing them anyway? Keith refuses, but Lance isn’t having any of that nonsense.

7. Which one hates going to see the doctor? Which one drags them there when absolutely necessary? Both hate the doctor. Both will drag the other, though, if necessary.

Shance for the otp questions :3?

ask and thou shalt receive! (and i love shance so hell yeah)

1. Which one gets sick fairly often? Which one almost never gets sick?

Lance gets sick pretty easily - he’s terrible at taking care of himself, shiro basically has to do it for him. Shiro rarely ever gets sick, but when he does, it can be pretty grim and lance hates it.

3. Which one hovers over the other when they’re sick?

they both do. Lance is more of an anxious flurry, darting around the house making soup and replacing cold rags and trying to make everything perfect for shiro. Shiro is a lot more composed, but not any less concerned - whenever lance is sick he takes the day off from work, spending the whole time hovering anxiously at lance’s bedside and offering him comfort.

4. Which one makes amazing homemade soup to help the other feel better? Which one ruins canned chicken noodle?

shiro cannot cook for shit. he tries so hard but, as much as he seems like the perfect, good-at-everything team dad, he is that guy who somehow finds a way to burn water. Lance, on the other hand, is great at cooking - he comes from a big family, so he’s used to making meals, and he’s got chicken soup down to perfection.

5. Which one stubbornly tries to pretend that they aren’t sick?

Most of the time it’s Shiro - although, it’s not that he’s pretending he isn’t sick, he just really doesn’t really get that he is actually sick. When it comes to lance, he’s needy and vocal about his illness when it’s not too bad, just a cold or a stomach-ache or something, but if it actually is really bad, to like, worrying levels, he tries to hide it, not wanting to show weakness or burden anyone.

6. Which one refuses to kiss the other while sick? Which one insists on kissing them anyway?

They’re both pretty careful about not letting the other person catch their sickness. Shiro is usually complacent to Lance’s refusal (though he proceeds to kiss lance everywhere except his mouth), but lance straight up throws caution out the window, leaping onto shiro and covering him in kisses.

7. Which one hates going to see the doctor? Which one drags them there when absolutely necessary?

Lance. Doctor’s offices are sterile and unnerving - lance would rather just cuddle up with shiro in the comfort of their own home, no matter how bad he gets.

8. Which one insists that the other isn’t contagious, then proceeds to catch what they have? Which one tries not to say “I told you so”? (Or doesn’t!)

Lance, every single time. tbh he doesn’t even care, no matter how awful he feels a few days later, it’s worth it for the kisses.

I know everyone in international kdrama fandom talks about how Subway and Papa Johns PPL are so pervasive in kdramas, largely because they’re something we recognize, but no matter how rich or poor you are  South Korea, you always have the latest Samsung phone (with a battery that last for days, until Plot requires a character to be unreachable) and like to talk about all the features, you have that one small hardshell suitcase brand that you can fit your entire life into, and you always somehow have a dozen containers of that one brand of instant cup noodles, all flavors of which are apparently divine, and conveniently has non-spicy flavors for people who don’t like their noodles too spicy.

kdramakdramanetworkthe spicy ones are my favorite from the asian mart near mebut also have the highest calorie countactual imported korean and japanese noodles are...not super amazingbut much much better than the american knockoffslikeyou can understand why people would eat them a lotwithout the factor of it being a cheap and easy meal
62 notes
Loading...Show more notes
Reblog

The boys first time cooking! Ignis does not count!

Sorry this took me a little bit! I hope this is something like what you had thought. My best friend is getting married tomorrow (I’m so excited!) but I wanted to try and get this up tonight. I did not expect Gladio’s to be so cute but there was not stopping the thought train. I hope you like it :)