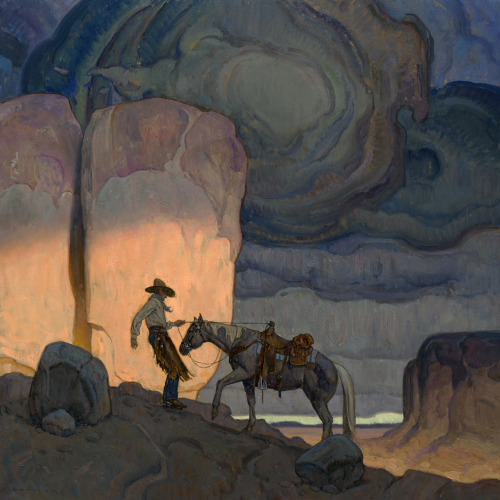 Today, we’re expressing gratitude for the opportunity to rove on Mars (#ThanksOppy) as we mark the completion of a successful mission that exceeded our expectations.

Our Opportunity Rover’s last communication with Earth was received on June 10, 2018, as a planet-wide dust storm blanketed the solar-powered rover’s location on the western rim of Perseverance Valley, eventually blocking out so much sunlight that the rover could no longer charge its batteries. Although the skies over Perseverance cleared, the rover did not respond to a final communication attempt on Feb. 12, 2019.

As the rover’s mission comes to an end, here are a few things to know about its opportunity to explore the Red Planet.

Opportunity launched on July 7, 2003 and landed on Mars on Jan. 24, 2004 for a planned mission of 90 Martian days, which is equivalent to 92.4 Earth days. While we did not expect the golf-cart-sized rover to survive through a Martian winter, Opportunity defied all odds as a 90-day mission turned into 15 years!

The Opportunity caught its own silhouette in this late-afternoon image taken in March 2014 by the rover’s rear hazard avoidance camera. This camera is mounted low on the rover and has a wide-angle lens.

Opportunity’s achievements, including confirmation water once flowed on Mars. Opportunity was, by far, the longest-lasting lander on Mars. Besides endurance, the six-wheeled rover set a roaming record of 28 miles.

This chart illustrates comparisons among the distances driven by various wheeled vehicles on the surface of Earth’s moon and Mars. Opportunity holds the off-Earth roving distance record after accruing 28.06 miles (45.16 kilometers) of driving on Mars.

Opportunity was created to be the mechanical equivalent of a geologist walking from place to place on the Red Planet. Its mast-mounted cameras are 5 feet high and provided 360-degree two-eyed, human-like views of the terrain. The robotic arm moved like a human arm with an elbow and wrist, and can place instruments directly up against rock and soil targets of interest. The mechanical “hand” of the arm holds a microscopic camera that served the same purpose as a geologist’s handheld magnifying lens.

There’s Lots to See on Mars

After an airbag-protected landing craft settled onto the Red Planet’s surface and opened, Opportunity rolled out to take panoramic images. These images gave scientists the information they need to select promising geological targets that tell part of the story of water in Mars’ past. Since landing in 2004, Opportunity has captured more than 200,000 images. Take a look in this photo gallery.

From its perch high on a ridge, the Opportunity rover recorded this image on March 31, 2016 of a Martian dust devil twisting through the valley below. The view looks back at the rover’s tracks leading up the north-facing slope of “Knudsen Ridge,” which forms part of the southern edge of “Marathon Valley

There Was Once Water on Mars?!

Among the mission’s scientific goals was to search for and characterize a wide range of rocks and soils for clues to past water activity on Mars. In its time on the Red Planet, Opportunity discovered small spheres of the mineral hematite, which typically forms in water. In addition to these spheres that a scientist nicknamed “blueberries,” the rover also found signs of liquid water flowing across the surface in the past: brightly colored veins of the mineral gypsum in rocks, for instance, which indicated water flowing through underground fractures.

The small spheres on the Martian surface in this close-up image are near Fram Crater, visited by the Opportunity rover in April 2004.

For more about Opportunity’s adventures and discoveries, see: https://go.nasa.gov/ThanksOppy.

Make sure to follow us on Tumblr for your regular dose of space: http://nasa.tumblr.com James Ransone as Gilly Martin in “In A Valley of Violence” 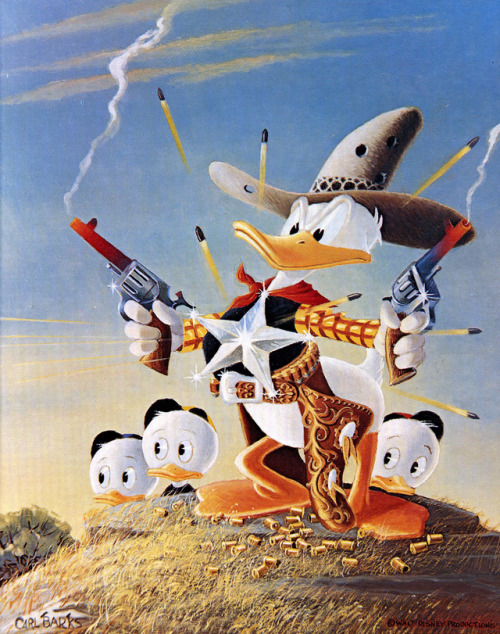 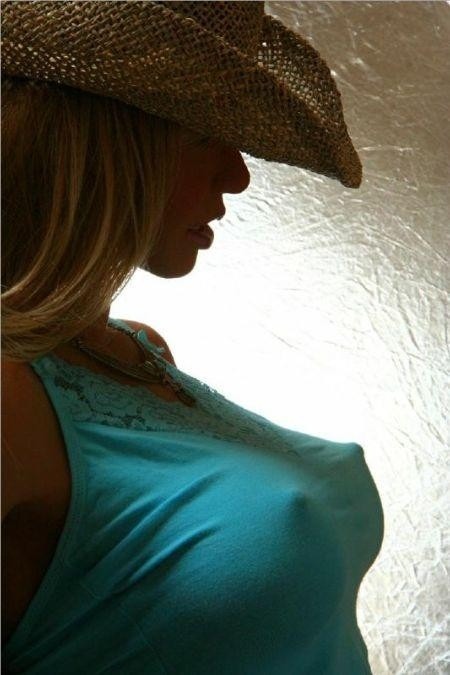 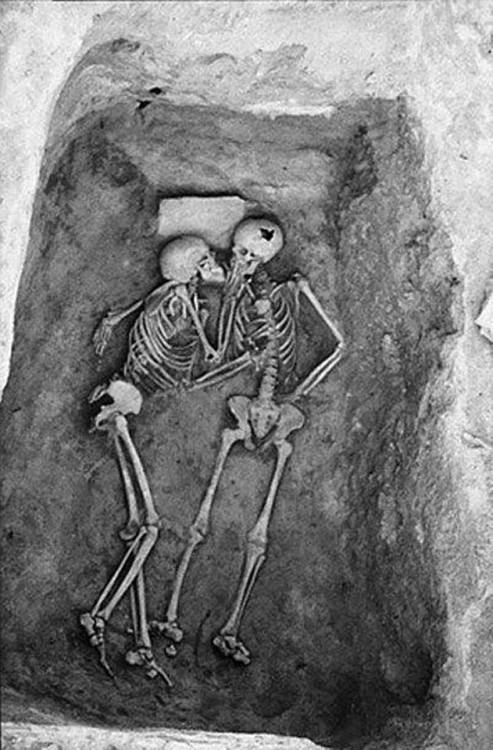 2800 Year old Kiss found in Hasanlu, Iran
‘The Lovers’ from 1972 season at Hasanlu Hasanlu is an archaeological excavation site in Iran, Western Azerbaijan, Solduz Valley. Theses skeletons were found in a Bin with no objects. The only feature is a stone slab under the head of the skeleton on the left hand side (SK335). Penn Museum Image. 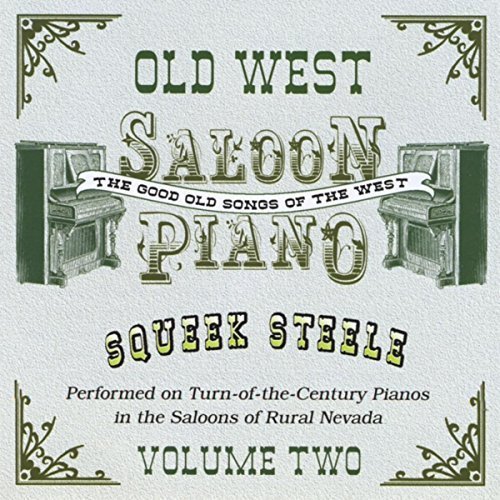 “Red River Valley” is a folk song and cowboy music standard of uncertain origins that has gone by different names—e.g., “Cowboy Love Song”, “Bright Sherman Valley”, “Bright Laurel Valley”, “In the Bright Mohawk Valley”, and “Bright Little Valley"—depending on where it has been sung. It is listed as Roud Folk Song Index 756, and by Edith Fowke as FO 13. Edith Fowke offers anecdotal evidence that the song was known in at least five Canadian provinces before 1896. This finding led to speculation that the song was composed at the time of the 1870 Wolseley Expedition to Manitoba’s northern Red River Valley. It expresses the sorrow of a local woman (possibly a Métis) as her soldier lover prepares to return to the east. The earliest known written manuscript of the lyrics, titled "The Red River Valley”, bears the notations “Nemaha 1879” and “Harlan 1885."Nemaha and Harlan are the names of counties in Nebraska, and are also the names of towns in Iowa.The song appears in sheet music, titled "In the Bright Mohawk Valley”, printed in New York in 1896 with James J. Kerrigan as the writer. The tune and lyrics were collected and published in Carl Sandburg’s 1927 American Songbag. In 1925, Carl T. Sprague, an early singing cowboy from Texas, recorded it as “Cowboy Love Song” (Victor 20067, August 5, 1925), but it was fellow Texan Jules Verne Allen’s 1929 “Cowboy’s Love Song” (Victor 40167, March 28, 1929), that gave the song its greatest popularity. Allen himself thought the song was from Pennsylvania, perhaps brought over from Europe. Cowboy in the Valley, uncredited artist 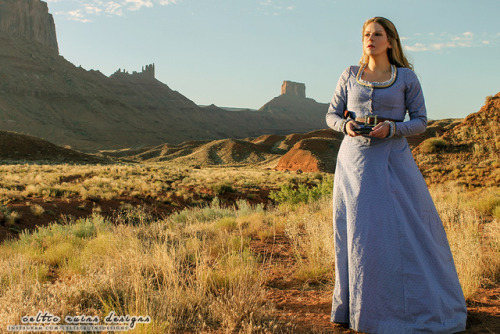 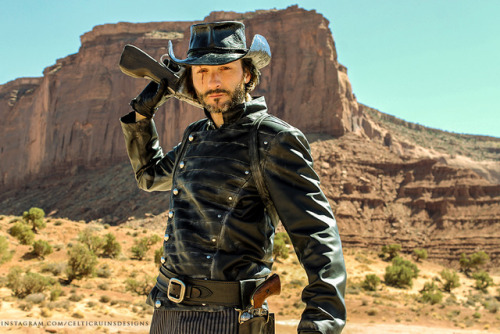 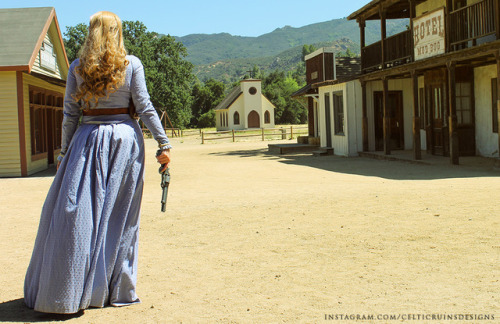 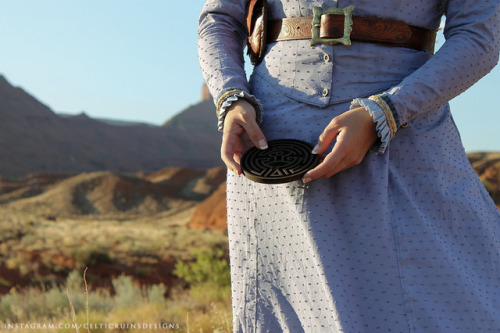 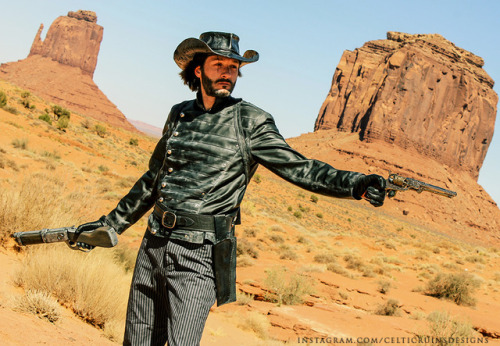 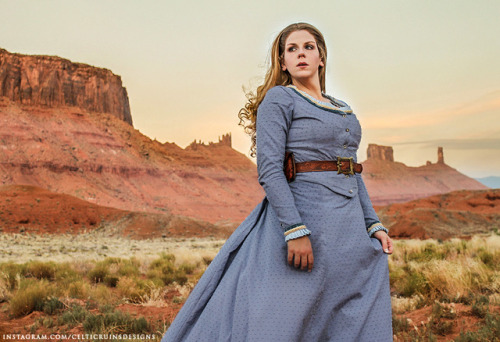 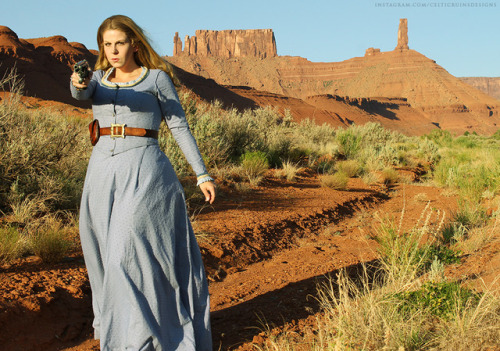 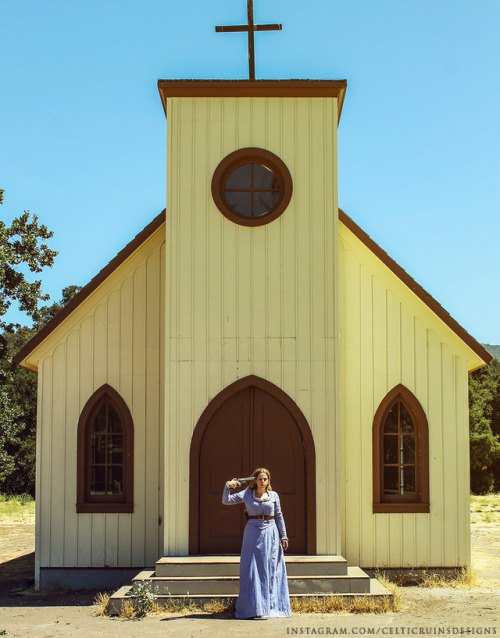 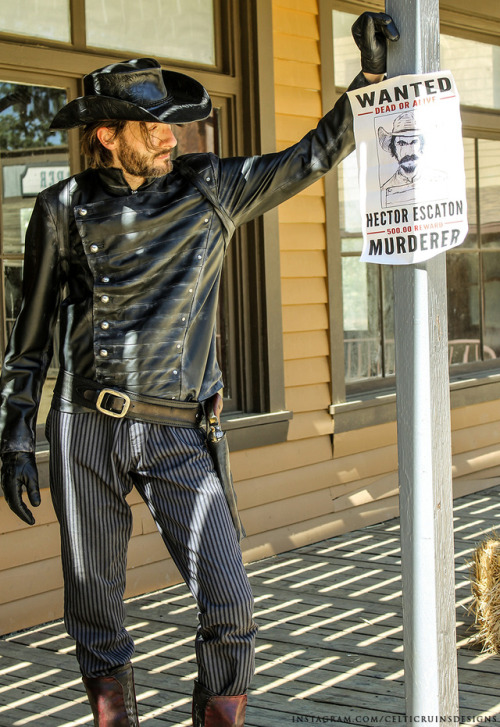 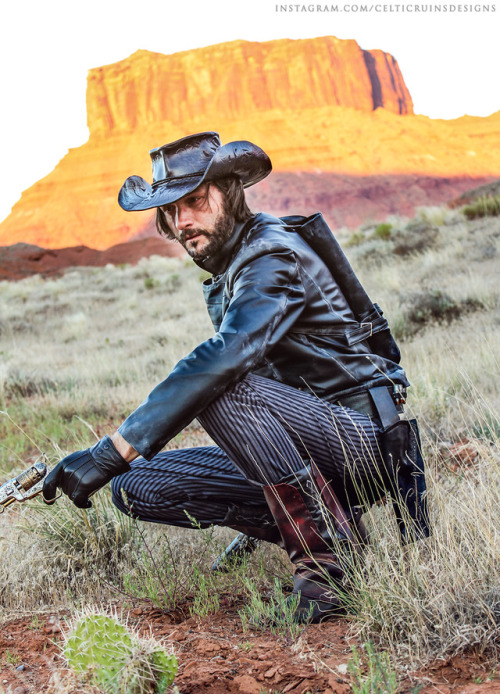 “There is no threshold that makes us greater than the sum of our parts, no inflection point at which we become fully alive. We can’t define consciousness because consciousness does not exist. Humans fancy that there’s something special about the way we perceive the world, and yet we live in loops as tight and as closed as the hosts do, seldom questioning our choices, content, for the most part, to be told what to do next.“

Berg and I got back from quite the epic Western trip a little over a week ago, that took us from Nevada to Arizona, up to Utah and over to California! Because of this, we knew we had to bring our Dolores and Hector costumes with us, as we would be passing through and visiting various Westworld filming locations. Monument Valley in Keyenta, AZ (for a few of the Hector shots only), Castle Valley, Utah and Paramount Ranch Trail Run and Park in Agoura Hills, CA. Castle Valley being one of the most stunning places I’ve seen since New Zealand. We are definitely returning!

The Castle Valley shots were from sunset and sunrise on two separate days while we stayed in Moab, UT.

Dolores and Hector costumes made/assembled by me. The maze was cut by our awesome friend Hal, and I painted it and made an accompanying “Pigs in Clover” box.

Photography by both Berg and myself

Landscape shots are in Castle Valley, Utah, set photos are in Paramount Ranch 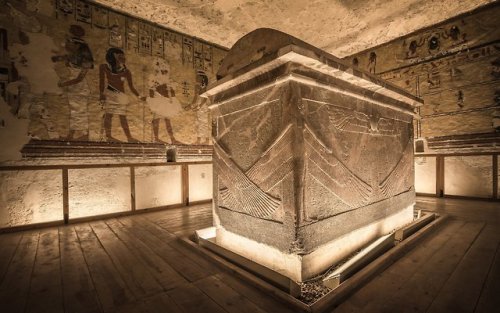 The burial chamber inside the tomb of Ay (WV23), the penultimate King of Egypt’s 18th Dynasty and the successor to King Tutankhamun. Western Valley of the Kings, West Thebes. 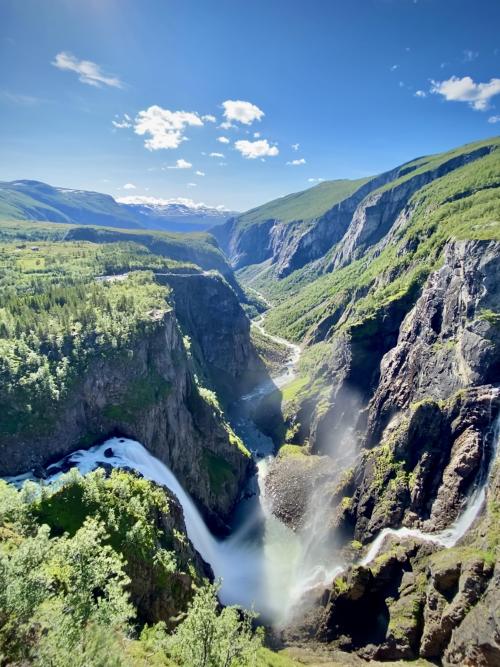 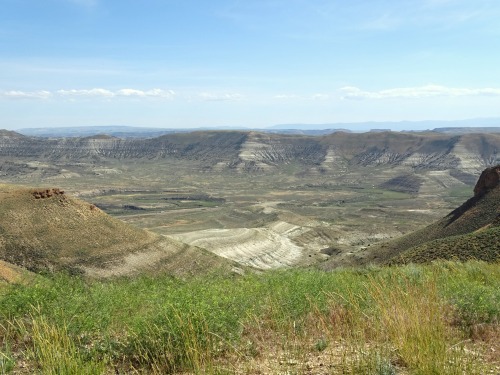 What do you think about my pic? 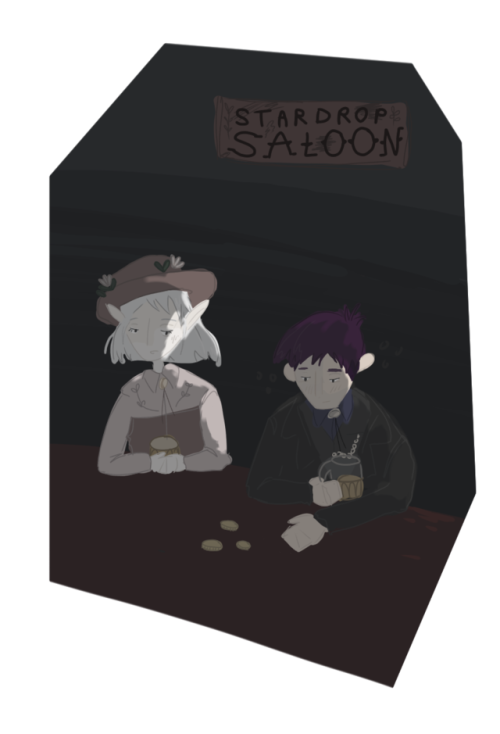