Devon makes a jokehenry viiihistory jokesjokesTudor jokesI don't even like historyI'm a theatre studentbut I have theatre history so guess whatI may have heard this somewherecall me out if this was already a thingit's too stupid to not already be a thingbut yeahstop me if you've heard this one
1,492 notes
Loading...Show more notes
Reblog
What did Henry VIII say to Anne Boleyn on their wedding day?

We found love in a POPE-less place

Catholic Church: you can’t just start your own church.

The Ao3 Tag of the Day is: Are you there, Henry VIII? It’s me, Catherine.

Your interpretation of Elizabeth could slap me in the face and I'd thank her.

I feel you, anon. I am more than prepared to give up my life for any version of Elizabeth I.

The “Stanky Leg” dance was originated by Henry VIII 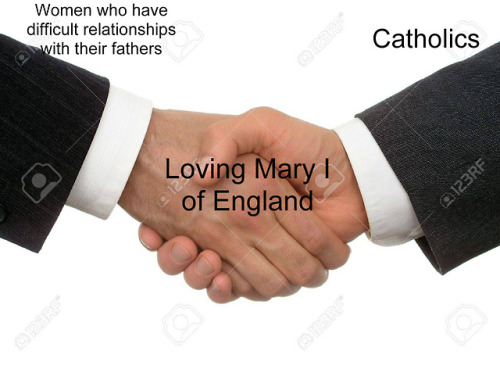 historymary imary tudormary i of englandthe tudorstudor historyhandshake memememesi know people have many different reasons for liking her other than just these twothis is more just a joke about my own personal reasons for loving her as much as i dobut obviously feel free to reblogjust be aware that my intention isn't to make assumptions about all mary fans
172 notes
Loading...Show more notes
Reblog

I want to know more about the meta world that Six the Musical takes place in. Like, I know the set-up is just a device to tell these stories and we’re not meant to get into it like I’m about to but like, what the hell is going on in this world? Why would the six wives of Henry the Eighth suddenly reincarnate or whatever? Is it just them or is, like, Marie Antoinette about to drop a sick-ass album? Have they all come to terms with the fact that they’re all, like, different ages and, in some cases, races than they were when they died (or are they not and that’s just the actor/character divide getting fuzzy because the actors are playing characters who are acting)? Were they reincarnated with the sum knowledge of modern day pop culture that would be necessary for then to write their songs or have they been, like, hanging out for the past four years acclimating and also doing whatever it is you do to form a girl group? How did they decide that a live concert performance was the best medium for telling their stories? Who voted for that? Was that their Plan A or is there a self-published book on Amazon that didn’t do well and this was the back-up plan? In this world, do they present themselves as Henry the Eighth’s actual wives? Do people buy this or do they think it’s an elaborate bit, like Daft Punk wearing their masks everywhere? If people do buy it, is everyone just like, cool with it? Is it weird having an alternate go on for you when they’re literally playing you, not your character? I know this is all outside of the scope of the show but listen. Listen.

Someone: the Queen has given birth to a baby girl 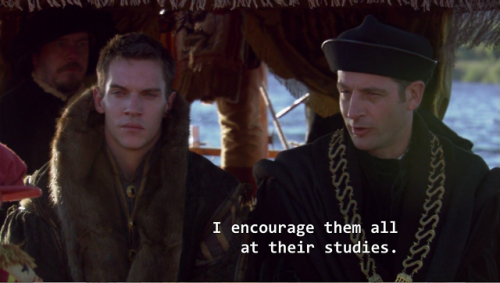 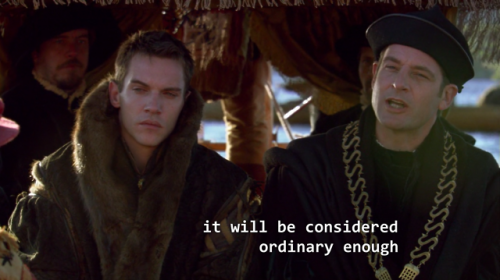 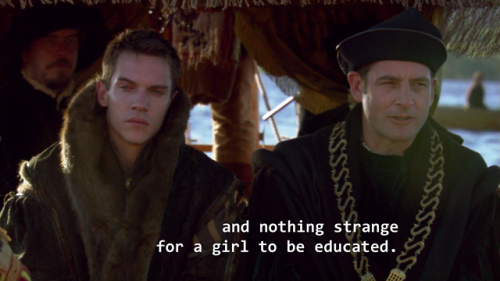 Probably the funniest fact of Irish history is that after the Anglo-Normans invaded Ireland and started carving themselves out lordships, a lot of them actually assimilated into Irish culture.

By the 1500s, the “Old English” or Hiberno-Normans, as they were called, were just as opposed to British rule in Ireland as the Gaelic Irish, and consequently fought in revolutions and rebeliions against British rule.

By the 1700s, the distinction between the Old English and Gaelic Irish had effectively completely disappeared. They were all just Irish. 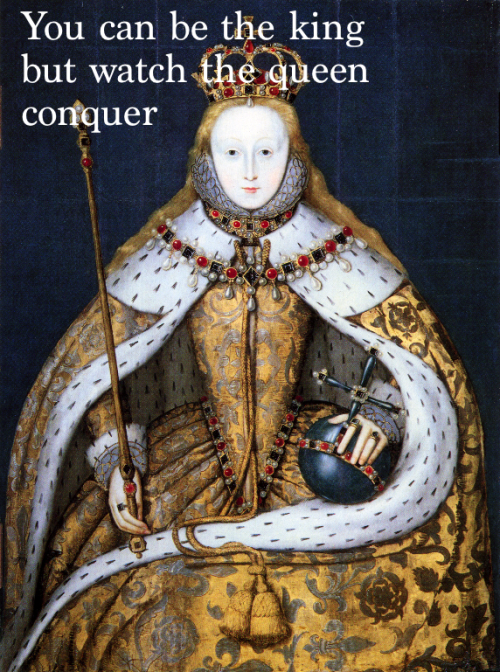 Plus, Henry VIII tells of his heartbreak at the Anne of Cleeves divorce.

Henry VIII: “I chucked her because she was a minger.”

I'm so sorryI know I shouldn't be watching shit this late on a Sunday nightbut fuck methat joke made me laugh way more than I should haveBen's Henry VIII is legendaryI think he's probably the reason I was so obsessed with the Tudors tbhHorrible HistoriesBen WillbondHenry VIIII've fallen down a very deep holeI'm still on another rewatch of Ghosts as wellAt least I know how to do obsession and fixationBut people seem to think it's a thing I can help?LikeIt's not a conscious choice I'm making
16 notes
Loading...Show more notes
Reblog

anne boleyn was too hot sexy and intelligent and they killed her for that.. like its some sort of crime!??

“Anne Boleyn should have quit while she was… a head!"