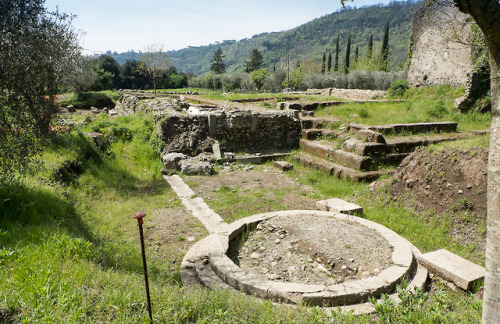 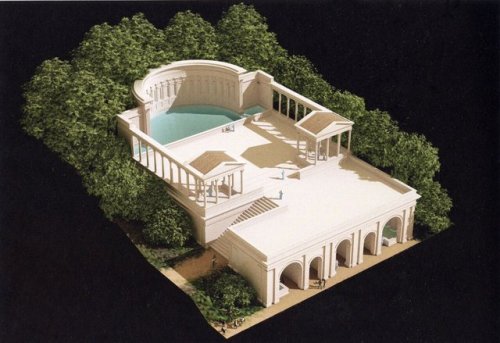 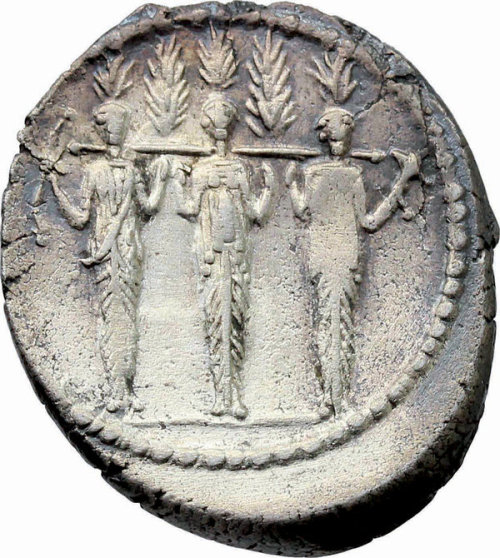 Diana Nemorensis (“Diana of Nemi”), also known as “Diana of the Wood”, was an Italic form of the goddess who became Hellenised during the fourth century BCE and conflated with Artemis. Her sanctuary was to be found on the northern shore of Lake Nemibeneath the cliffs of the modern city Nemi (Latin nemus Aricinum). This lake is referred to by poets as speculum Dianae – “Diana’s Mirror”; by the town of Aricia which was situated about three miles off, at the foot of the Albanus Mons, the Alban Mount, and separated by a steep descent from the lake, which lies in a small crater-like hollow on the mountainside.

The temple of Diana Nemorensis was preceded by the sacred grove in which there stood a carved cult image. The temple was noted by Vitruvius as being archaic and “Etruscan” in its form.[4] A. E. Gordon[5] has observed that “the comparatively late date of the excavated remains of the sanctuary[6] does not preclude the dedication of the grove at the end of the sixth century.” Andreas Alföldi has demonstrated that the cult image still stood as late as 43 BCE, when it was reflected in coinage.

The Italic type of the triform cult image of Diana Nemorensis was reconstructed by Alföldi from a sequence of later Republican period coins he connected with a gensfrom Aricia. In early examples the three goddesses stand before a sketchily indicated wood, the central goddess placing her right hand on the shoulder of one goddess and her left on the hip of the other. The three are shown to be one by a horizontal bar behind their necks that connects them. Later die-cutters simplified the image. Alföldi interpreted the numismatic image as the Latin Diana “conceived as a threefold unity of the divine huntress, the Moon goddess, and the goddess of the nether world, Hekate,” noting that Diana montium custos nemoremque virgo(“keeper of the mountains and virgin of Nemi”) is addressed by Horace as diva triformis (“three-form goddess”). Diana is commonly addressed as Trivia by Virgil and Catullus.

The votive offerings, none earlier than the fourth century BCE, found in the grove of Aricia portray her as a huntress, and further as blessing men and women with offspring, and granting expectant mothers an easy delivery. The dedicatory inscription, long disappeared, was copied for its curiosity as testimony to the political union of Latin cities, the Latin league by Cato the Elder and transmitted, perhaps incompletely, by the grammarian Priscianus:

Sir James George Frazer writes of this sacred grove in the often-quoted opening of The Golden Bough, basing his interpretation on brief remarks in Strabo (5.3.12), Pausanias (2,27.24) and Servius’ commentary on the Aeneid (6.136) Legend tells of a tree that stands in the center of the grove and is guarded heavily. No one was to break off its limbs, with the exception of a runaway slave, who was allowed, if he could, to break off one of the boughs. He was then in turn granted the privilege to engage the Rex Nemorensis, the current king and priest of Diana in the region, in one-on-one mortal combat. If the slave prevailed, he became the next king for as long as he could defeat challengers.

By the time Caligula interfered in the succession of priest-kings, the murder-succession had devolved into a gladiatorial combat before an audience.