met these people at therapy today.

Me trying to study with anime music…pt 2

dead meme but I still hope nobody already made this 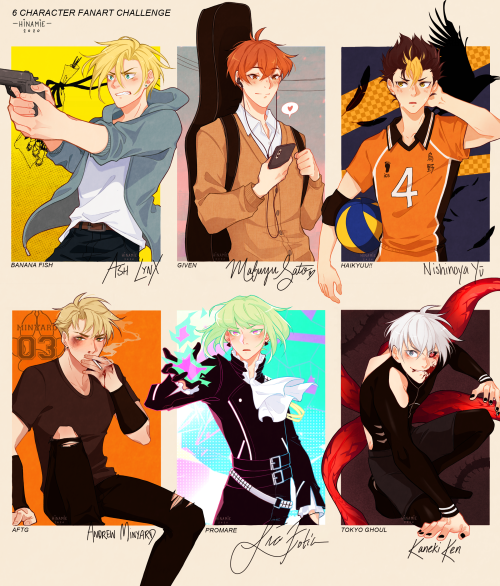 6 fanart challenge!!! thank u for requesting !

When you see a progressing fanart of a beginner artist:

When the artist claims their doodle “shitty”:

When you see your OTP/fave characters drawn as Stickmen:

Shifting and experimenting different styles on your art:

When ESL people and budding writers post beautiful fanfics as best as they can even with slight grammar errors:

When you saw a fanfic that met your satisfaction:

-A grandma in a wrestlers outfit.

-Yurii and Victor doing a fusion dance and Sugawara from Haikyuu sliding in under their arms on his kneepads.

-Finnian on the floor, sobbing and saying “My garden shears…..”

-A Hatsune Miku and Present Mic screaming Hit or Miss

-Kaneki drinking, not one, not two, not THREE, BUT FOUR MOCHA BOABA TEAS AT ONCE

-A hoard of Midoriya’s following this one prince Todoroki, all saying ‘mine’ like the seagulls from Nemo

-A Krul skipping down the hallway with Toga as they sang “Blood, Blood, Wonderful blood” and bonded over being fang buddies.

-All the vocaliods trying to get out of the one elevator in the hotel and getting stuck.

If you guys are confused who’s who, just go to the tags since it organizes everything

-A Yurio in a trash bag saying ‘I’m Yurio trash.’

Edit: I know it says “Anime Conventions” at the top, but this all happened at only one.

Literally, no one asked BUT MY DEAR CHILD sit down because imma show you my top 10 action/horror/splatter anime that are easy to enjoy for beginners!! Have fun!

So if you follow me for a while now or just have some kind of taste in anime, you should know Tokyo Ghoul.

It’s about the 19-year-old Kaneki Ken who lives in Tokyo and is now, thanks to organ transplantation and a miserable date, a half-ghoul. To learn how to take control of his now new powers and strength, he has to go through a lot of shit. It’s a journey of him finding out where he belongs to and who he really is.

Action, romance here and there, sadness and humor… What do you want more?? Fma Brotherhood has it all!

FmaB is about the two brothers Edward and Alphonso Elric that lose their mother to an incurable disease. With the power of alchemy, they use taboo knowledge to resurrect her. The process fails. Edward loses his left leg. Alphonso loses his entire body. To save his brother, Edward sacrifices his right arm. Both of them search for the Philosopher’s stone to return themselves to their original bodies, even if that means becoming a “State Alchemist”, one who uses their alchemy for the military.

FmaB is better than Fma so watch it!! Great ANIME!

My HEART OMG! This anime has amazing quality, a sad story, likable characters and a lot of intense moments!

Nine and twelve, the two boys behind the masked figures of the sphinx, should not exist. Yet they stand strong in a world of deception and secrets while they make the city fall around them after their successful terrorist attacks, in hopes of burying their own tragic truth.

This anime literally has no chill omg the ANIMATION!?! Sadness, gore, a lot of deaths, GREAT storyline, and badass characters!

Attack on Titan is set in a world where humanity lives inside cities surrounded by enormous Walls that protect them from Titanic, gigantic humanoid creatures that appear out of nowhere, kill humans and disappear. The story centers around Eren Jaeger, his adoptive sister Mikasa Ackermann, and their childhood friend Armin Arlett, whose lives are changed after the appearance of a Colossal Titan which destroys their hometown and kills of Eren’s mother. The three friends join the Scout Regiment, an elite group of soldiers who fight Titans outside the Walls.

Okay but this anime is gold and known everywhere!!

For those who don’t know it:

The anime centers around Light Yagami, a high school student who finds a death note. He decides to rid the world of evil with the help of the Notebook. The book causes the death of anyone whose name is written in it and is passed on to Light by the Shinigami Ryuk after he becomes bored within the Shinigami world.

A classic anime for everyone who is a beginner! This is gold! Watch it!

Okay this anime is so funny but at the same time there is so much action, this is a must watch!

The seemingly ordinary Saitama has a unique hobby: being a hero. To fulfill this childhood dream, he trained for three years,, and lost all his hair in the process. He now is incredibly powerful and no one is able to defeat him. In fact, he is so powerful that it takes one punch for him to win a battle,, that led to an unexpected problem- he is no longer able to enjoy the thrill and has become quite bored…

Really good anime! If anyone tells me Son Goku would win against him then bitch no??? Son Goku has no chance.

Gore, gore and even more gore. This anime is horror pure and has a great story!

For everyone who doesn’t know it :

In 1972, a popular student in Yomiyama North Middle School’s class 3-3 named Misaki passed away during the school year. Twenty-six years later, 15-year-old Kouichi Sakakibara transfers into class 3-3. He finds himself drawn to the mysterious, eyepatch-wearing student Mei Misaki, however, the rest of the school treats her like she doesn’t exist. He ignores every warning and gets closer to her. Kouichi, Mei, and their classmates soon are pulled into tragic events as they try to find out how to prevent everyone from dying- but unraveling the secrets and horror may just cost them the ultimate price.

Code Geass is set in an alternate universe where, during the French Revolution, the nobles of all Europe fled to American colonies and ruled there from that time on. The resulting country “Britannia”, is the world’s foremost superpower by the time of Code Geass. The main lead of Code Geass is Lelouch- a prince of Britannia. His goals: he wants to kill his father, the Emperor, for abandoning him and his crippled sister after the assassination of his mother. With his superpower “Geass” he can control everyone who looks him into his eyes. Power in hand, Lelouch starts his quest for revenge.

I really like this anime and the end is so sad????

A strange new teacher is introduced to Class 3-E at Kunugigaoka Junior High School. The teacher is a round-headed, tentacled octopoid creature that is capable to move at an insane speed. In a year, he plots to destroy the earth but decides to teach a junior high school class in the meantime for an unknown reason. The students greet him with assassination attempts in their journey to save the world by eventually murdering their own teacher, and to earn 10 billion yen from the government.

Last but not least

I love Shinichi omg gsgsgs this anime has so many cool gore scenes and is worth watching!!

The sixteen-year-old high school student Shinichi Izumi falls victim to one of the parasites that descended to earth and quickly infiltrated humanity by burrowing into the brains of vulnerable targets. However, the parasite fails to take over his brain ending up in his right hand instead. The parasite, named Migi, has no choice but to rely on Shinichi in order to stay alive.

This anime is good written and modern, great for beginners!!!

That was it AND THIS TOOK SOO LONG!! But I love anime and wanted to share it!! I hope maybe this helped someone who wants to start watching anime! I tried to show a lot of action animes that are easy and interesting to watch!! (I will make a romance list soon)

Have fun with this new won Infos about these animes, BYEEEE!!

(I don´t own the gifs, credit goes to the rightfull owner, if you know who did these please tell me so I can tag them) 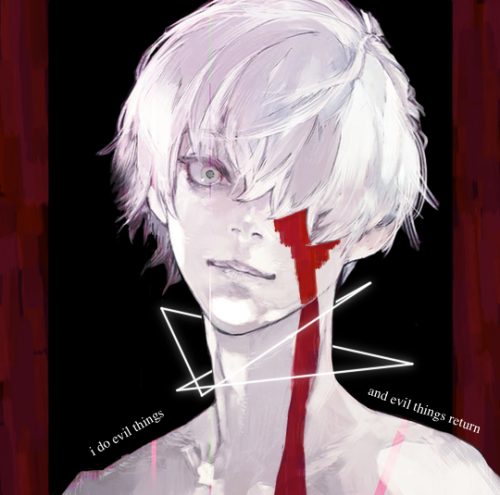 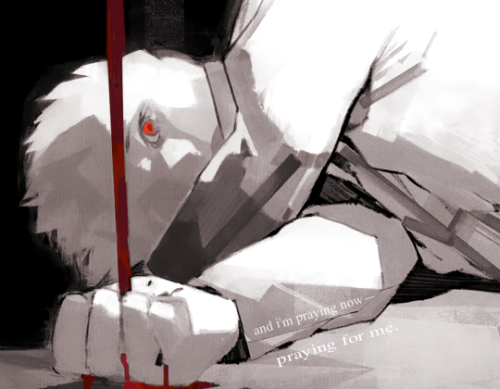 return me to a lonely womb.

tgedittokyo ghoultokyo ghoul rekaneki kentgretgminecolorsong comicdo u ever get nostalgic for old sad tokyo ghoulcan u tell i literally just threw the second image together as a companionby request the song is 'tear garden' by iamxi don't add links to the song in the source becausetumblr won't show a post in a tag when it contains an external linki used to link in the past but. wellthanks tumblr1k5k
9,389 notes
Loading...Show more notes
Reblog

Me talking about my anime addictions that are literally ruining my school and social life:

Me, any other day: I already raised 3 kids I don’t want my own

People: No! The anime is superior.

Me, an intellectual: *Reads the manga with anime ost in the background*