This last decade has shown such amazing growth in the field of animated television! It will be sad to see the era that had so many loveable series come to an end.

I can’t wait to see what will come out of the next ten years.

you’ve heard of Rise of the Brave Tangled Frozen Dragons

you’ve heard of Steven Falls Over

now get ready for

when you see Lance getting mistreated by everyone in the show

Literally anyone: they don’t make cartoons like they used to :/ 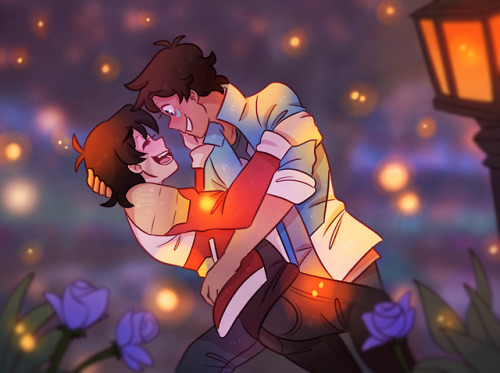 You and me at the beginning of the world. 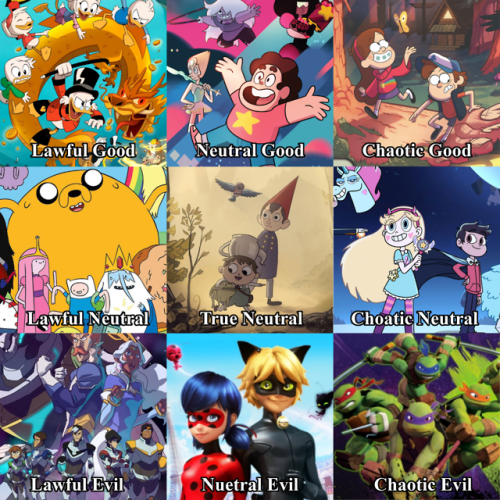 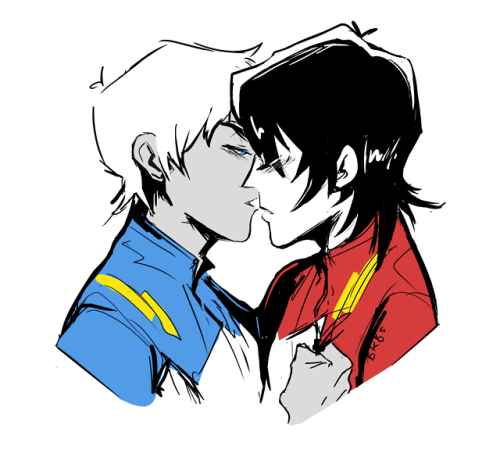 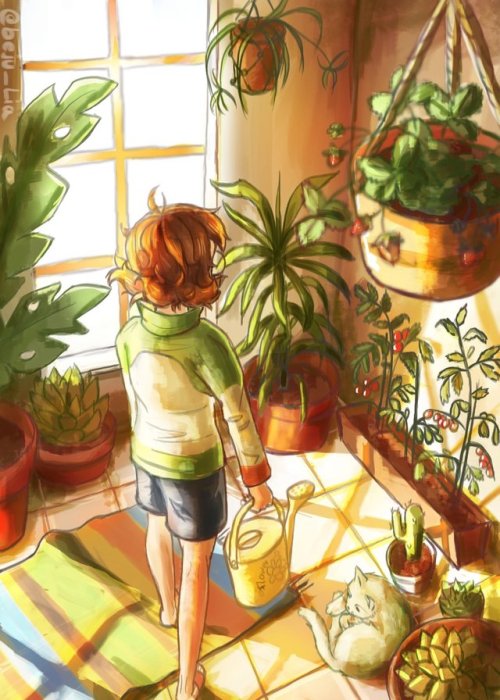 Tho I guess she wouldn’t be too much into flowers and more into veggies, succulents and stuff

And now the promo stuff for S8 has:

Which I don’t think is without a doubt plance, I think that could also be Allura but the smaller figure is definitely Pidge.

And then if Bex’s cryptic tweets and Jeremy saying Lance’s endgame some people will say is unexpected and then they drop this shit on us!

Credit to @ittybittypluto​ on insta and tumblr

WHAT DOES IT MEAN?!?

Just Pidge checking on her plance 🌱✨

Y’all are freaking out over one small blush from Allura when we had a dozen gorgeous Plance moments? time to save the Plance fandom from depression, once again lol

Yes, Allura blushed. Lance blushed. Veronica teasingly ships it. But blushing doesn’t automatically mean romantic attraction. Allura now knows (thanks to the mice) that Lance has genuine feelings for her. So when he said “come back safe,” she interpreted that as Lance truly caring for her and not just wanting her to come back because she’s hot and he still wants a chance with her. Hearing the sincerity in his voice and finally understanding the meaning behind it is a good reason for her to blush.

Heck, Allura may even have slight feelings for Lance at this point. That doesn’t necessarily mean Allurance will become canon. That moment where they both blushed, and later when they look at each other in their Lions near the end seemed to be the ONLY Allurance interactions for the whole freakin season. (Allura legit had more interactions with Keith and Romelle)

Meanwhile Plance? All over the place every episode.

This whole episode was full of moments. Pidge basically called Lance cute (in a roundabout, unflattering way which is so Pidge lol) which could be considered lowkey FLIRTING. These two continue to have no sense of personal space around each other throughout the episode.

HELLO??? Why are people sleeping on this?? This was back in an episode that Lance was totally distracted with Nyma but he remembered this random robot that Pidge loved. He doesn’t say “Pidge was interested in that robot” or “Pidge liked that robot” he says “Pidge LOVED that robot,” and he says it in such a gentle way??? Like he’s talking about how she loved a dog that had died or something???? HE’S SO SOFT??? Ok I’ll stop now.

All the hand holding? And clinging to each other after everyone breaks apart?

LOGICAL, RATIONAL PIDGE CLINGS TO LANCE’S ARM WHEN IT MAKES MORE SENSE TO LINK WITH HIM AND ALLURA SO THEY WOULD MORE EASILY STAY IN A CIRCLE BUT NOOOO SHE IS HOLDING ONTO HIS ARM LIKE HER LIFE DEPENDS ON IT which it does but that’s beside the point

I haven’t been keeping track but this is also like the 7th time Pidge has been strategically placed BETWEEN LANCE AND ALLURA. This is symbolism.

I could write a whole freakin essay on this scene alone but what I want to try and portray is THIS IS A COMMON, LONG-TIME ROMANTIC TROPE. I can’t even name how many romantic pairings display this kind of aggressive protective outburst before they realize their feelings/fall in love.

And guess who was constantly called the “dumb one” in the next episode? This whole trope describes Lance, who feels like the seventh wheel. And his phrase of “don’t you touch her!” along with the fact that I have never seen Lance that angry makes me think the power of love kicked in and kicked in hard.

The wording is something to note too - “don’t you touch her” as opposed to “you’re not gonna hurt Pidge!” or “not happening!!” or even “don’t hurt her!” is far more protective and possessive than anything else Lance could have said. That is the wording of a husband protecting his wife. It legit gave me chills because I was not expecting that emotional of an outburst from Lance.

We now have another gorgeous parallel with these two. Clearly they’re the overprotective power couple which leads me to my next point:

Do I really need to explain this one?

We never had such a visual this powerful with Keith and Pidge when they were both arms of Voltron, not even when they formed the blazing sword for the first time. Lance and Pidge in this shot are in harmony and the way they distinctly framed their faces to mirror each other implies something beyond mere teamwork.

I will forever stand by my interpretation of symbolism that part of the reason Lance moved from the Blue Lion to the Red Lion was to show his maturity and becoming an equal partner with Pidge.

Yes, Allura blushed. Pidge and Lance have blushed towards each other multiple times, so I’m not concerned. There were far more meaningful Plance moments this season than the few Allurance moments that could be interpreted as platonic or nothing beyond a crush. Either the writers are trolling us with the amount of Plance content throughout the seasons or it’s all strategically placed there for a reason.

Lance still cares for Allura, whether there’s still any romantic feelings for her still or not is uncertain, and likewise Allura is starting to respect and appreciate Lance and really she might just feel plain awkward around him because of what she knows and that’s why she was blushing. Could be mere second-hand embarrassment!!

Either way I still appreciate Lance and Allura’s interactions. It’s showing that they’re slowly moving towards being close friends on both sides, instead of having Lance completely move on from her and pay no heed to her anymore. Those feelings are still there, and that’s alright because that’s normal.

But Pidge is different. With Allura, Lance cares for her and does protect her and said so himself that she makes him “want to be a better person.” But with Pidge it’s ride or die, even before they realize any kind of romantic feelings for each other. Lance says Allura makes him want to be a better person, but whose words does he always take to heart and seems to be the most hurt by? Pidge’s. And the best part is, Lance doesn’t even realize it. He cares more about Pidge’s opinion of him than anyone else. He constantly refers to Pidge first out of the team and remembers small details that are important to her. He threw himself at Excor when she threatened to hurt Pidge.

Lance may have sacrificed himself (and died) to save Allura, but he was willing to fight for Pidge.

There are so many beautiful Shance pages in the official comix!!

L: Are you just saying that to shut me up?

Me, through tears: ShAnce Has A CHanCe

Pidge: When I was small- 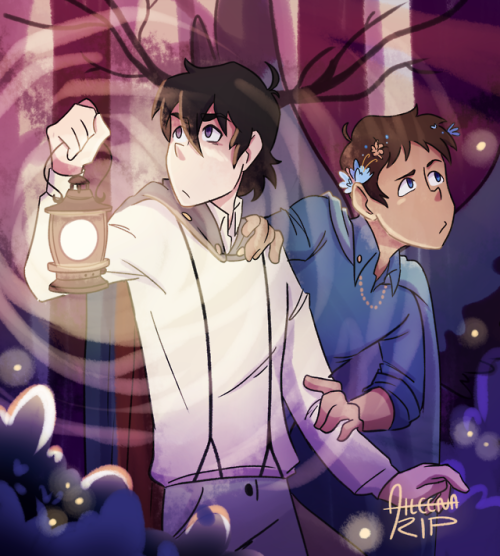 Klance | Over the Garden Wall AU

This was supposed to go up for Halloween but…it just didn’t happen. I WAS SO BUSY OMG (Uni it’s consuming my soul)

Sooo take it as an au I guess?? A cringy OTGW where Keith it’s Wirt and Lance it’s Beatrice?? I don’t know