Okay, I’m finally getting around to retyping all of this. Thanks a lot, Tumblr!

This little setup here has intrigued me since this episode premiered, but I couldn’t quite grasp what Pink was up to. Clearly, she made her own Pebbles using the stones in that dish, but how do all the other odds and ends factor into this? And more importantly, why do Pink’s Pebbles look so different from the one Steven made? While Steven’s powers function a little differently from his mother’s, they still produce the same end result.

To begin: I think this is how the Pebbles begin, although I figure Pink was more selective with what stones she began with. Their heads make up most of their bodies, with tiny appendages for arms and legs. Of course, I wouldn’t say this is even normal for Pebbles, seeing as they are likely made to be animate tools, rather than little builders.

The normal process is probably completely impersonal. All that’s required is a drop of Diamond sweat, of which there is an abundance, and something to attach them to. I’m sure Pink saw these things and decided she could make herself some tiny, discrete new friends.

So back to the topic at hand. Diamond sweat is dripped directly onto the stone, giving it sentience, with a face and limbs (useless given the size of the rest of their bodies in comparison). The nature of their creation makes me think that they aren’t actually gems, but that’s something I’ll explain later.

A mortal and pestle is used to grind stuff up, for lack of a better description, so it’s like this is what Pink used this instrument for (the pestle was her fist). Looking at the limited materials at her disposal, I would say she just crushed up another one of those stones, or broke off a piece of that larger stone, then mixed it with some other stuff to make it malleable (I know, eloquently put). The purpose? In order to make her new friends more familiar, Pink made made them humanoid bodies.

I think something that isn’t addressed often enough is the fact that the gem destabilizers are meant to mimic or harness a weaker version of Yellow’s power. This is shaped like a destabilizer wand, but that wouldn’t make sense in this context, so I have to assume that Pink used this to channel her own power, presumably her healing/life giving powers. This is what she would use to connect the head to the body and extend the Pebble’s consciousness into the addition.

Which brings me to my next point: if this is the case, then that would mean that the Pebbles aren’t true gems. They aren’t created in the traditional way. Instead of starting as gem essence injected into the ground and allowed to incubate, they begin as stones that are directly exposed to the sentience-inducing…substance the Diamonds…secrete, and they wake up immediately. Going by my above theory, they wouldn’t have a body made of light, either. Sure, they have limited shapeshifting, but changing their arms into simple little tools seems to be the extent of their abilities.

In short, yes, they do resemble gems, but they are more akin to golems, albeit golems that have the ability to think for themselves and occasionally create things for their own volition. They weren’t ordered to make that Pink Diamond outfit; it was something they chose to do for Steven.

So what is the purpose of those lumps on their bodies, if they aren’t “gems” projecting a light form? Well, if my theory is true, then Pink would have likely made and attached these lumps in the same way she created their bodies. They serve no purpose other than to mimic the appearance of a gem to, again, look more familiar. I’m sure she did this to make them feel more important, as well.

I believe this was the next phase of her experiment: growing tiny, crystalline stones to replace these lumps and therefore make the Pebbles look even more gemlike. I do, however, believe that these could actually be of use. After all, while a pebble doesn’t really reflect light, these DO. It would still have limited functionality, much like their bodies, but having the ability to create a hard light projection, such as a tiny tool that can be used independently of their bodies, would certainly be an upgrade to their current situation. This is what I think Pink was intending to do, until she left for Earth.

All in all, we’ve seen that Pink had a fascination for gem production and “creating life from nothing,” so experimenting with these Pebbles (a practice that I feel the other Diamonds would disapprove of and was subsequently kept a secret) would certainly be up her alley. I really do hope we see more of them and learn more about what Pink was like pre-Earth. It still feels like there’s a whole side of her that we have yet to see, besides the frustrated, tantrum throwing child and the loving gem who the other Diamonds abused and took for granted.

steven universepink diamondpebblestheoriesofc i see that comb pebble appears to have a gem nosebut it could just be for aesthetics as welli wonder whether the flower was used in any of this or if it was just a decorationi also wonder where it came fromthat crystal is clearly one of pink's art projectsshe...i'm sorry but she could have stored her excess diamond 'essence' in that vaseand that cup looking thing is probably just a little standbut it reminds me of a jeweler's magnifying glasswhich would also make sensenot sure about the three-toothed thing in the top right cornerit looks like a comb but it's entirely too small for pink's giant cotton candy floofaaaand i think that's everythinglong post
1,304 notes
Loading...Show more notes
Reblog

Have you ever thought about drawing a teenage Ophelia and Hamlet? I think that'd look wicked cool. 😊💜

@pink-darling-december
I normally draw Ophelia and Hamlet as young adults/in their late teens (because my OCs who play them are teens), but if I age them down a bit…

(This is pretty much how I used to draw them a few years ago!)

tmnttmnt 2012broken toes auincorrecttmntquotesshiniraisorry for the bad handwritingsomething quick!! i couldnt resist it was great for bt auleo is used to it tbhhe just does his jobgoes homegoes to sleephis head pillowed on the bodies of enemieslisten the story of broken toesthe gist of it is that leo is trying to clean up a gigantic mess he gone and tangles himself intoand trying to keep it a secret from his brothersbecause cmon their respect for him couldnt be any loweri joke  but that is how it feelsAHAHA okay leaves bc thats really not the main point it's more floof than angstim too soft for angst :Ci still havent figured out exactly what shini is wearingshoosh no one will ever knowthat i have 0 design skillsor art skills for that matteri have fears that one day i will b left behind skill-wiseHECK it's already happeningbut i think leo goes thru that toobeing the eldest and having to set an examplestupid expectations rightwhich is why i try not to stand out anymorebecause it sets expectations that i cant live up to
428 notes
Loading...Show more notes
Reblog 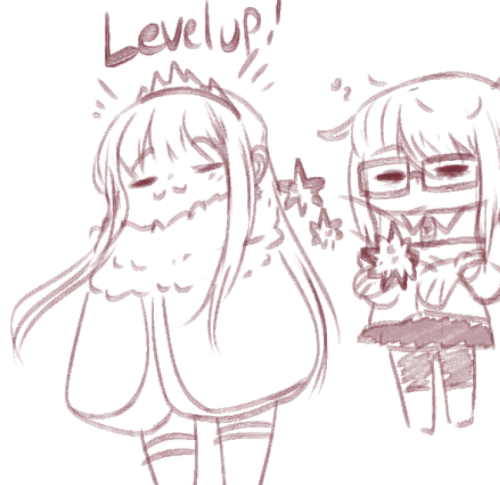 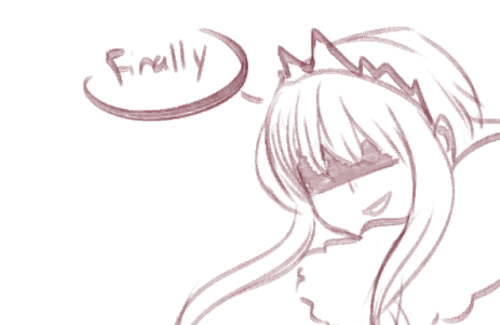 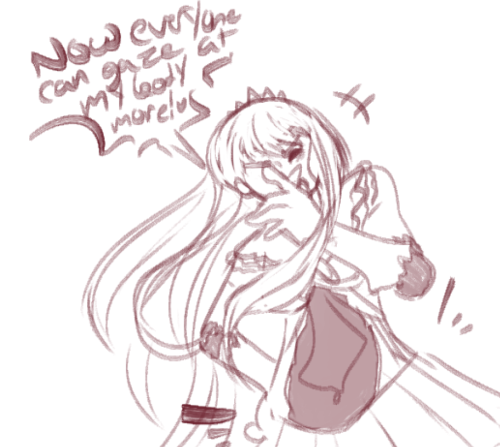 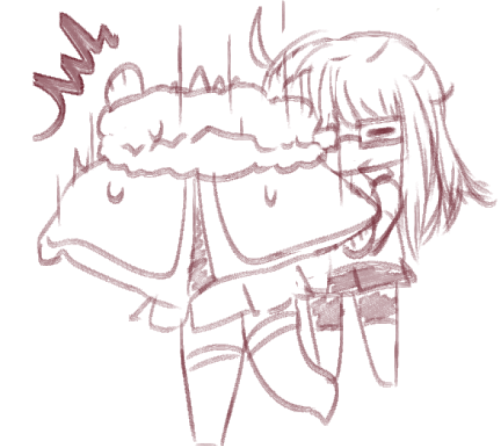 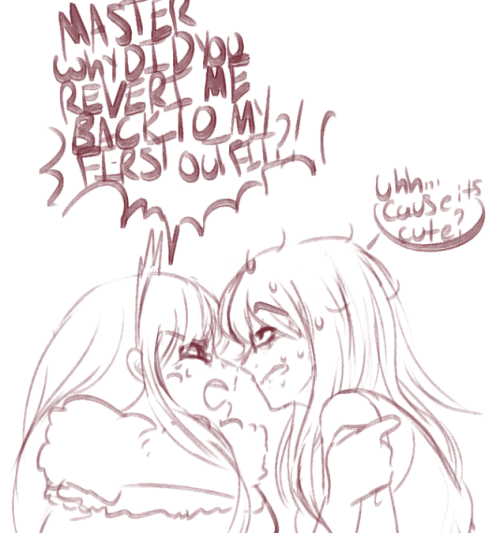 Fate Grand Orderfate gofgomedbshitty 3 am sketchesI like her first outfitIts just floofalso I've been too absorbed in fgo to even draw properlyalong with other shit happening irl so thats why I get at things really slowlysorry ;;
342 notes
Loading...Show more notes
Reblog 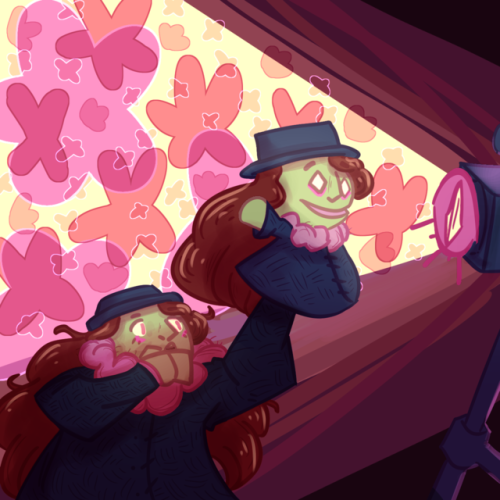 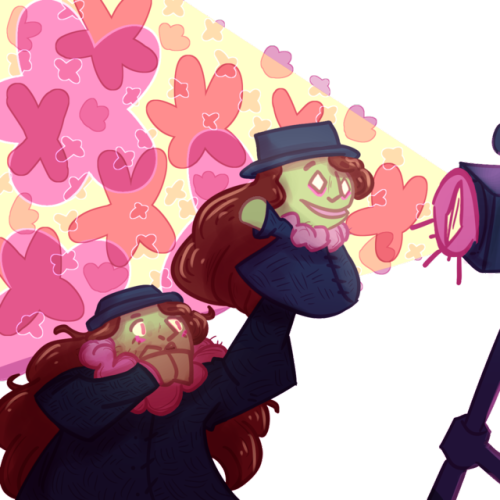 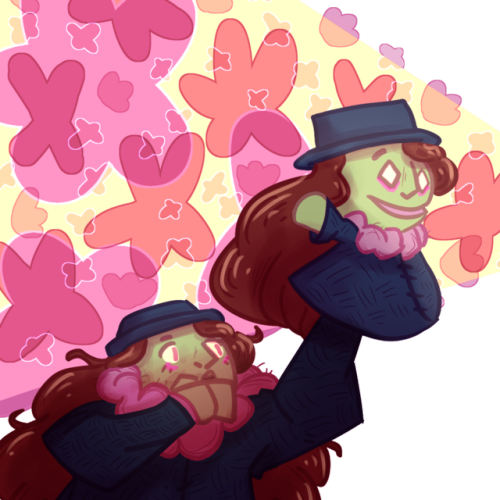 u ever just *puppet voice*

smile for mesmile for me gamesmile for me fanartdr habitboris habitdr. habitsmile for me game fanartsfms4maikidoarti forgot to put the flower pattern on the lil collar floof but oh welli think its fine sdfghjfsdyou think i know how to draw cameras??? you're wrong mnfsdbhgfdsjjust bput an uhhh Eyeball over it yeah thats aesthetic fits with the game nobody will KNOW
212 notes
Loading...Show more notes
Reblog 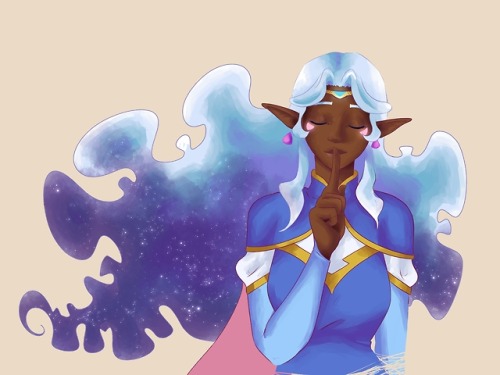 i love the floof of her hair

voltronvldprincess allurasafeallurasafevldnova drawsdigital artfanartfor someone who draws girls a lot i sure do suck a drawing chestsfirst time i used medibang for everything in a whilei miss her floof hair its always tied up nowshes kindly telling yall to shut the hell upi think my favorite bit in this was the tiarathat was a good tiarai wont lie this is the best allura i ever drewand it wasnt even meant to be allura it was just a random doodle and thenthe floof appearedand i was like guess thats llura now
211 notes
Loading...Show more notes
Reblog