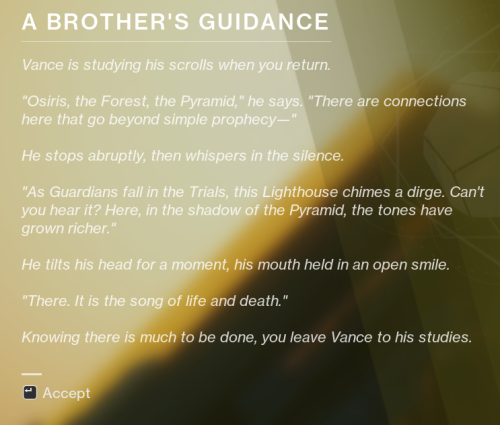 the guardian, immediately: “thats a problem for another day”

If yall havent heard, we have FOUR MORE COMFIRMED SEASONS OF DIMENSION 20 IN PRODUCTION!!!!

but also like what a great combo. a sadist and a tease

i will be thinking about this for the rest of my lifethank youamy thirsts
18 notes
Loading...Show more notes
Reblog 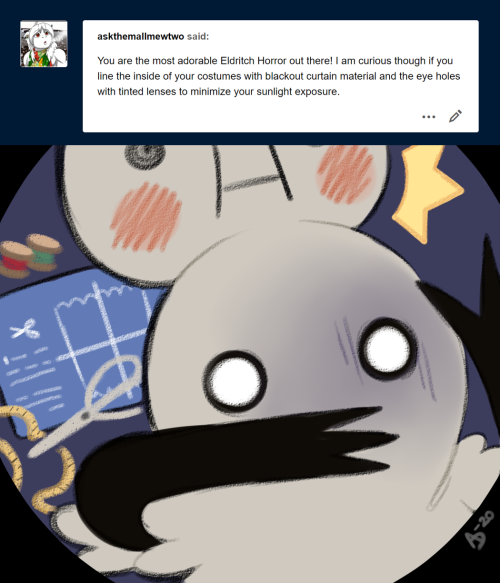 !!! How did you know!? - Howl is quite surprised but also appreciates the compliment from the wholesome one too.

To anyone who’s ever crossed Beetlejuice the Musical and The Addams family over,

(whether it’s by shipping Lyds and Wednesday, using lines from Addams family for Btj incorrect quotes, or anything of that sort)

this shit is beautiful and i love seeing it so much, so thank you!!

Thank y'all so much for your kind words, encouragement, and support. You have no idea how difficult it was for me to do that, it took so much perseverance and bravery out of me to take the action for what I needed. I’m so glad I didn’t give in to the fear and pressure.

I cannot thank you all enough. I’m looking forward to a better future for myself and hopefully those around me. I love y'all so much. Go treat yourselves, you deserve it.

thank youdrye ramblesmy gratitudeim so much happier nowit was stressfulbut so worth iti hope after all this blows over i can really get back to work
20 notes
Loading...Show more notes
Reblog

Me and my little brother were watching she-at (because it’s awesome) and when spinerella and netossa came on scream I said, “Heck yeah!! It’s my favorite lesbians!!” My dad got all upset and said, “I don’t like that, I don’t like how they are over sexualizing cartoons!” I got defensive and said, “but it was a straight couple you wouldn’t have a problem?” He then got all mad because “he’s not homophobic” and said “no that it didn’t matter”. But I know that it did. We then had a later conversation where I said that they weren’t over sexualizing anything, the two women were just standing next to each other. He then said, “well for something rated TV-7 they shouldn’t have gay couples because seven year old shouldn’t have to worry about that stuff!”

They do worry about that.

I worried about that, I knew, when I was five, that I was different. But no one had talked to me about lesbians or bisexuals or non-binary people. I wish I had something like she-at when I was seven. But I didn’t and it let to years if depression and anxiety and thoughts that I was a freak.

I guess my point is, representation is amazing, it’s so important, ESPECIALLY for younger kids. So thank you she-ra. Thank you Noelle. ❤️🏳️‍🌈

you underestimate my desire to see you flip

that's sweet i love me tooI don't think you understand that i HAVE to put things in the tagsif i don't any and all ideas will come out clunky and with 786 commas per sentenceprobably a whole bunch of ellipses and dashes and italics tooit just doesn't have the right effectbut thank you I shall attempt to utilise the tags lessyou flatter me by suggesting anything I say is importantthank youlanguage!language
30 notes
Loading...Show more notes
Reblog

*slides picture forward* I made something for you @kiingcorobo

I wanted to draw Star Gust as a thank you for allowing me to use your designs and as a thank you for inspiring me :3 I have been going through a really tough time and your art has always made me smile :) and since I can’t hug you in real life, i’ll virtually hug star gust by the power of art! haha.

is it just me or does anyone else get bad vibes from kaykay? just the whole thing about ashton saying that he was working something out but it had been messy. and i understand that ash could be the problem, but i just think their relationship isn’t the healthiest. mainly because they are on and off a lot. i think one of the reasons they are so private is that if they breakup they can do it kind of discreetly. im not sure if anyone else shares my opinion, but this is just mine. i’m probably wrong

I’m sure there are people who get bad vibes form KayKay. Personally, I don’t mind her, but I can agree that their relationship sometimes comes off as unhealthy or unstable because of the way they were on and off for so long. They seemed to go back and forth for so long that it’s hard to believe they’ll last in the long run because they’re both young and obviously have a history of problems in their relationship. I also think you might be onto something when you say they’re so private so that their problems aren’t amplified by fans.

swap au concept but the skeleton and sunkist swap places. bubby sees a fucking jpeg of a dog following him around. benrey's animated a skeleton who can do shit and be a mascot for some ungodly reason. i'm sorry, i thought of this as i was going to sleep last night and needed to share it.

Thank you for the thought of Benrey having a Pet Skeleton. A friendly little skeleton who he engineered with immortality for some reason. They’re buds :)

As for Sunkist, everything is the same except the jpeg of the Golden retriever looks angrier. Gotta keep that Fear in Bubbys heart

hlvraihlvrai swap auswap authe thought of Pet Skeleton is hilarious to methank you
18 notes
Loading...Show more notes
Reblog
i haven't posted any selfies latelyand today my sister came in and said'you look like a '90s lesbian'thank youmy camera is very bad and all my pictures are either blurry or corruptedmy face
8 notes
Loading...Show more notes
Reblog

thank you so much! i really never expected so many people to follow this and like what i reblog (and occasionally post hahah) i appreciate all of you so much and you’re all so lovely! for 10k my ask box is open and i’ll answer anything you want, also!! if you send me your name and a short description of your aesthetic/any aesthetic you like i’ll make you a cute lil moodboard! <3

RE: you changing your url/name a lot I literally reactivated my old ass account here just so I could follow you and your writings! You're *that* good

this is a whole nother level of uwu

Hi again, I'm the anon behind the ask (though was it really an ask) about Fitz in 7X08. I just want to say I'm sorry for it. I know it doesn't help matters at all to be so negative, and the last thing I want is to spread that energy to you. Thank you for your patience with the ask and for actually answering it (and a great answer it was). It hardly seems fair of me or anyone else to pin our expectations and hopes on you. I'll be toasting to you when we finally see Fitz gracing our TV screens!

Oh its okay, I hope I didn’t come off as snippy or anything in my response because I really didn’t mean too.  I’m totally human too and am missing him and have lots of wish list items for the final season that require him I’m still hoping for.  I appreciate the recognition that I’m missing him just as much as everyone else and eagerly and impatiently awaiting his return.

I really do my best to be patient,  This isn’t my first rodeo of any sort of Fitz related panic.  If its not “where is he?” its “is he going to die”.  If you weren’t here you should have seen the not so fun that was the whole Fallen Agent Nonsense in Season 3.  He is one of my favorite characters too, I relate to him in a lot of ways, and Fitzsimmons is my favorite ship.  I understand that he means a lot to a lot of people and they want to see him as much as they can during this final season.

He will show up, its just a matter of when, and when it does its going to be awesome.  There will be crying and screaming….fromme.  Every time we go though something like this we get rewarded.   Season 5 gave us Rewind, Engagement, and Wedding.  Season 6 gave us Inescapable.   Season 7 I’m ride or die on the secret child, awesome we had time flashbacks, and happily ever after.  Perthshire or Bust!

I think one thing I'll always give Larzalya is that despite how bad for each other they were, they actually looked like a couple who loved each other at some point. Like fans captured them off guard/without them knowing countless times and they looked happy/intimate. Meanwhile Lierra.. I've seen friends look more couple-y than them tbh

Yeah, I agree with this for the most part. I think Luke and Sierra lack a lot of chemistry (especially in the beginning) that Larzaylea always seemed to have. Granted, there are pictures of Luke and Arzaylea where Luke looks absolutely miserable (but those are mostly pap photos), but there were just a lot of candid photos (and a few videos) of them caught by fans where they looked genuinely happy with each other. Most Lierra content comes from pap photos and pictures they/their friends post, and I always find it weird that there seems to be so little photos of fans catching them in public. I can think of a few instances for Lierra, but I can think of far more for Larzaylea.

(Also, side note: let me be clear that while I think Luke and Arzaylea did look very happy together at times, that does not change the fact that they both were incredibly toxic towards one another or that their relationship was seemingly very unhealthy at times. I’m just making the point tat they had a lot of chemistry when they were together, in my opinion at least.)

Im going to cry!! I reached 40 subs on youtube and I legit feel so happy rn. I know no one probably cares but i am so happy rn!!!

At this point I have absolutely no idea how I ended up following you. It literally was a blink of an eye and suddenly there was żmija delightfully hissing on my dashboard where previously there was none of that. I must add, that your blog gives me life and brings so much peace it is baffling. And your skill with the language. I've been studying english and I've become tired of it and started yearning to use more polish but HERE YOU COME making me love the language again (and strive to be better)

ah! thank you so much, that is such a dear thing to say - and much needed, as today is gloomy and way too cold for my liking. a cruel July, it seems!

but thank you, it means the world.

blink of an eye and now you will never get rid of me! a true curse indeed, but how sweet - at least for me. I hope your day will be good!

I am grateful you can look past the hedgehogthank youAnonymous
9 notes
Loading...Show more notes
Reblog

moving and writer’s block are not a good combo. thanks for bearing with me.

It is my opinion that Lierra stans have become much worse than Mystal stans and that they have been worse for a while now. I rarely encounter Mystal as obsessive as Lierra stans anymore.