<>
Most recent
Most popularMost recent
Filter by post type
All posts
Text
Photo
Quote
Link
Chat
Audio
Video
Ask
Grid ViewList View
c4drick roderickwendy carlosanatomyarnold render
381 notes
Loading...Show more notes
Reblog
There are far worse things than being mad and one of them is to be in a culture that is mad and to consider yourself sane. To be involved in a consensual hallucination of normalcy is much worse than being mad.
—  Rick Roderick
Rick Roderick
73 notes
Loading...Show more notes
Reblog
…many people around universities love to brag “I don’t watch TV”…Well damn that’s historically crazy and unconscious. Don’t you realize that that’s something like saying after the invention of the Gutenberg printing press, and then later the availability of cheap printed material, to go snottily around saying “Well I only read things hand written in Latin, I don’t read these books off the printing presses”.These paperbacks? To hell with them! They’re the devil’s things. “I don’t read those paperbacks”.
[…]
Well, that’s how I feel about intellectuals “Oh, I don’t watch TV…” As if you could escape an entire world whose culture is being shaped by this and the subjectivities of millions of what will be culture and objective spirit, shaped by these instruments and new forces. As if one could escape it by turning a switch. That’s why I say you can’t turn off TV. It can turn you off, but you can’t turn it off. You can’t make it disappear, but it can make you disappear. I mean, it’s just not that relation.
—  Rick Roderick, “Nietzsche as Artist”
rick roderick
64 notes
Loading...Show more notes
Reblog
c4dadvanced head rigpose morphrick roderickmike cooperthe self under siege
147 notes
Loading...Show more notes
Reblog 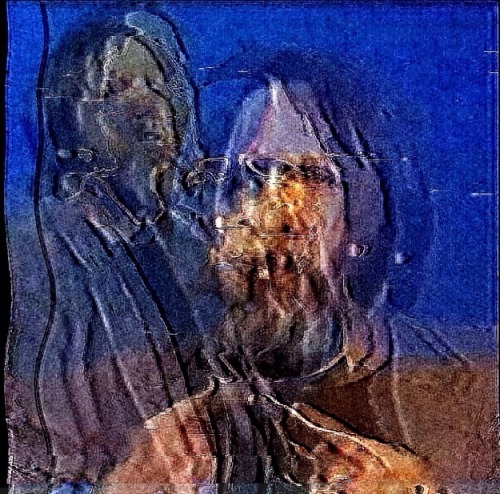 Rick Roderick on Baudrillard. Interesting discussion of war in the middle.

The ending gave me shivers

rick roderickhegelphilosohy
15 notes
Loading...Show more notes
Reblog
I asked one of my children, ‘why are you yelling at a machine?’ when he began to bang his Nintendo, and he looked at me as though I were a being from another world, and because of that, there is a postmodern trajectory. I am from another world; I’m still, as it were, caught in the modern. He’s not. Why not be emotional with a machine? His peers are machine-like - we’ve already discussed that. I mean, in fact, what he sees on the Nintendo screen is his thrill of the day. That’s the most active he’s seen any simulated image that day.
—  Rick Roderick on Baudrillard - Fatal Strategies
this is the point i was making about fandoms yesterdaythis explains it perfectlyrick roderickjean baudrillardphilosophybaudrillard
34 notes
Loading...Show more notes
Reblog
The only democratic institution, contrary to popular political theory in the world, is death.
—  Rick Roderick, From the lecture “The Masters of Suspicion”
rick roderickdeathphilosophy
42 notes
Loading...Show more notes
Reblog

3
rick roderickreligiongarden of edenserpant
8 notes
Loading...Show more notes
Reblog
We all strive to have a “theory” or narrative about our selves., we want to have a meaningful story about our lives that affirms our humanity. In short, we want them to mean something.
—  Rick Roderick
Rick Roderickmasters of suspicionphilosophyquoteliterature
8 notes
Loading...Show more notes
Reblog
It is true that if there is no God, then there’s no easy answer to the question about the meaning of not just human beings, but anything. And it’s just a dodge to lower your standard for meaning because the world’s become more secular. That’s my view, anyway - that standard should still be set that high.
—  Rick Roderick on Sartre - The Roads to Freedom
rick roderickphilosophysartre
7 notes
Loading...Show more notes
Reblog
youtube

These lectures on Nietzsche by Rick Roderick are so wonderful. Watched this lecture while reading On the Genealogy of Morals and I am so, so inspired.

Rick Roderick on Nietzsche’s Progeny [38:52]: This video is 8th in the 8-part series, Nietzsche and the Postmodern Condition (1991).

There are far worse things

one of them is to be in a

culture that is mad

to consider yourself sane.

To be involved in a consensual

much worse than being mad.

Stephen Colbert is “running for president” again.  He did this in 2008 also, when it was sponsored by Doritos.  His brand of layered satire is the purest expression of the form today, and pushes into a deeply needed brand of performance art amid a rigid corrupt system resistant to change.

It is a bit funny that political satire is a comedy staple - but Colbert is doing it with a new, more complete way without a schmaltzy rhetoric of sentimentality or populism.   Consider the others: in Man of the Year, Robin Williams plays a Williams-y overly sentimental political satirist who becomes so successful for his strait talk that he actually becomes president.  (The film is castrated, however, in a ridiculous final act that betrays its premise.)  Warren Beatty’s Bulworth becomes suddenly popular when he thinks he is going to die and drops his phony façade and begins to cause public disruption when he tells the truth.  In The Distinguished Gentleman, an ordinary con-man (Eddie Murphy) is able to bring a level of humor and humanism to a lost bureaucracy by pranking congress in the name of the people.  This virtually is the same in Head of State, with Chris Rock in the role running for President.

In each of these satires, the comic is able to bring a populist message to a political system out of touch and replete with corruption.  But Colbert does not do this.  It’s something different.  Something beyond this humanist approach.  And it makes Colbert difficult to critique.  The crypto-fascistic right is unable to answer this with any sort of rhetoric.  All they can do is chortle along with sounds of belly laughter from across the isle.  It’s because Colbert is layered enough to provide a new form of pomo resistance by joining them.

First, why is resistance to the system so difficult today?  Can you even talk about resistance today without being on a terror watch list?  Texas philosopher Rick Roderick warned in the early nineties that in the future, there would be no resistance to the global system – that all resistance in late capitalism would be banalized and debauched.  Old forms of resistance, say The Rainbow Coalition, for instance, were neutered by the plutocratic stronghold.  Insurgents are recast as terrorists, as some protestors were when the FBI raided their homes and stole their computers.  Wikileaks is cast as an international terrorist organization, and the banking institutions black list it as an enemy combatant.  How do you resist this kind of control by an inverse totalitarian state, as political scientist Sheldon Wolin called this system where the corporate interests control the government?  Roderick says that resistance must get cleverer, and suggested that you may have to join in with it, so there is totally no opposition to totalitarian ideas within a rigid culture.  The system needs opposition and continual conflict in order to project scapegoats.  (Let’s face it, the government has been looking for a worthy adversary since the end of the Cold War!)  To maintain the appearance of opposition, the CIA will have to create opposition – a tactic that they may be already doing – keep your eyes peeled!

Colbert is doing just this.  He joins the Republican primary debate, polling ahead of Huntsman in South Carolina.  And he does it in a fashion that mocks everyone and the absurd system that passes for democracy in this country.  He does this by publicly talking about having nothing to do with the Superpac he was formerly in charge of.  He does this by talking about not talking about his corporate sponsors.  And somehow, he is more credible than the thousand dollar suits and hundred dollar haircuts at the debates.  In brief family therapy, this is a paradoxical technique called prescribing the symptom.  It is effective in a system that is dogmatically ossified and resistant to change, perhaps a system that denies having problems, a system that is structurally bound to its myths and ideological claims.  In this case - a system ideologically bound to radical globalizing capitalism.  Colbert then uses this by rhetorically indulging the ridiculous excess of money, even championing it as a panacea - just like the candidates do.  But it’s reductio ad absurdum.  To compete with this level of absurdity, the candidates would have to stitch corporate logos on their suits – like stock car drivers.  And the façade is broken at that moment of truth.

How can you charge Colbert of anything?   But what it does is expose the façade of the electoral process.  It exposes the Jerry Springer atmosphere of the political process that has made the movie Idiocracy manifest earlier than we feared.  This swift descent into a kind of Bellusconi-Groucho Marx capitalism has the GOP totally confused.  They can’t stand their own ridiculous phony candidates, yet at the same time won’t pay attention to the more rational presidential hopefuls – Huntsman and Roemer.  Their reason doesn’t play well on the sensationalism of an alarmist soundbite telecommunications age.  Colbert exposes the naked truth of it, and challenges anyone with common decency to reject this.  Even old school conservatives like George Will have given up on these charlatan and huckster candidates, hoping that a more responsible, rational, and civil political discourse can emerge in 2016.  Sorry, George, there is no hope for that.  This is our world today.  It’s so sad you have to laugh.