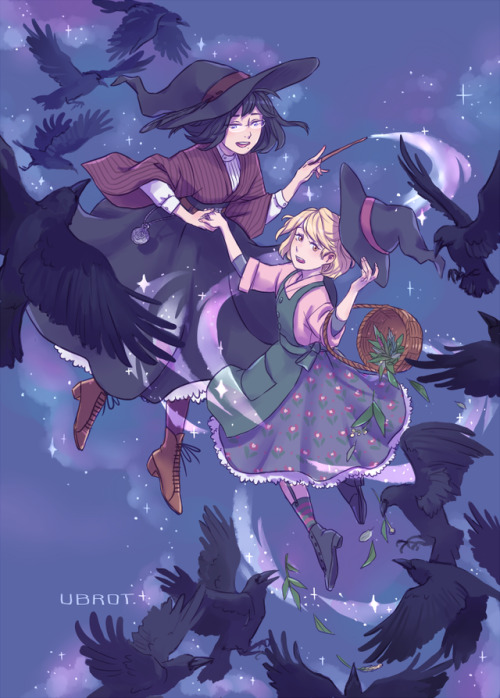 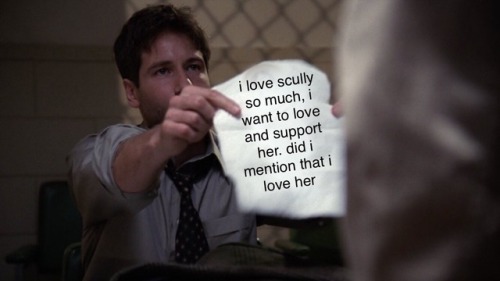 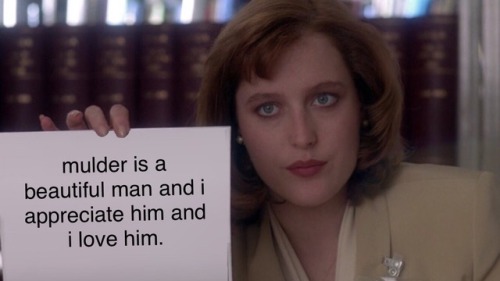 They love each other

follow my twt/ig @ tigerb6lm 🖤my arttake it this wasnt the original plan but im tired of looking at it djsjjsksthese r pictures i took of my screen with my phone cause i hate the original files lol
1,940 notes
Loading...Show more notes
Reblog

all for the gamethe foxhole courtkevin and neil like. o taxes? the thing u fake bc ur from a crime family?wymack: ....I don't know where to startandrew: ....hm. so. any tipsim picturing nicky trying to file american taxes after he adopts the twins and just cryinghe calls erik like 'help' and erik is like 'babe i love you so much but i'm from germany'anyway that's how they find out Kevin Day is legally a corporation
1,540 notes
Loading...Show more notes
Reblog 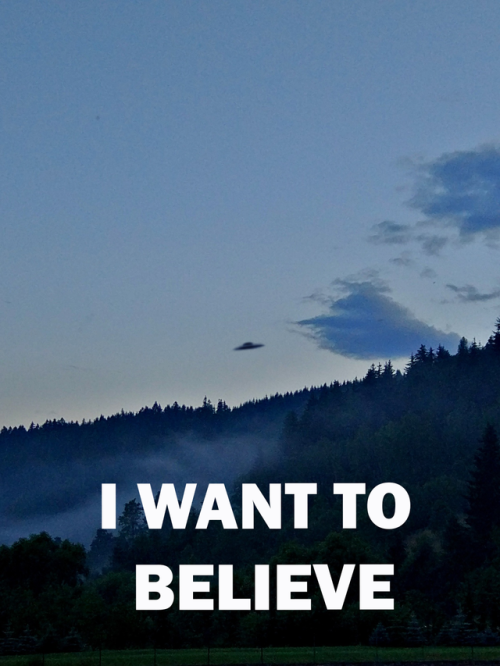 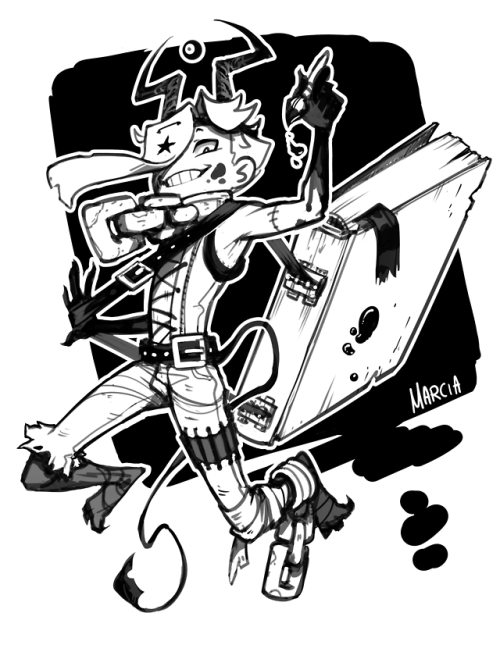 digital artIllustrationococ-toberinktoberi'll do a real one sometime soonI ACTUALLY DREW THIS PICTURE TWO TIMESwhen i was done my pc crashed and the file got corrupted so my determined ass redid the entire thingngl pretty impressed with my persistenceinky imptcmgarretcool cosplay you got there garretdoodlesdoodle
1,154 notes
Loading...Show more notes
Reblog 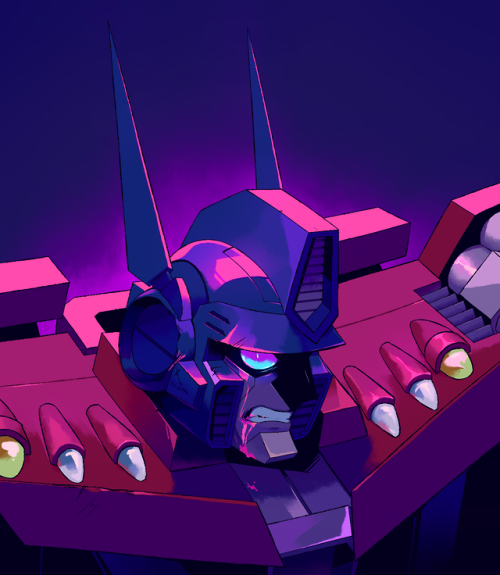 You okay there, Optimus?

this picture's been sitting in my files for a While so why not just post it nowmy arttransformersmaccadamblood /
1,021 notes
Loading...Show more notes
Reblog

about the President’s portrait in Skinner’s office 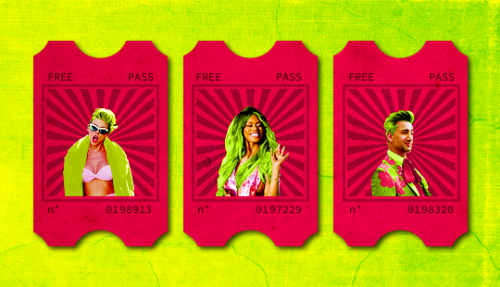 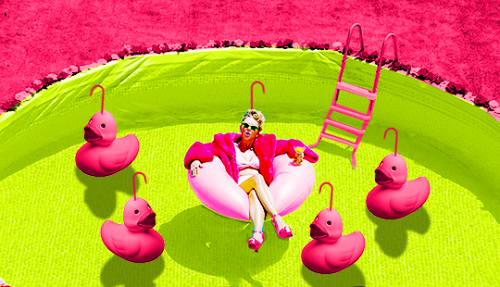 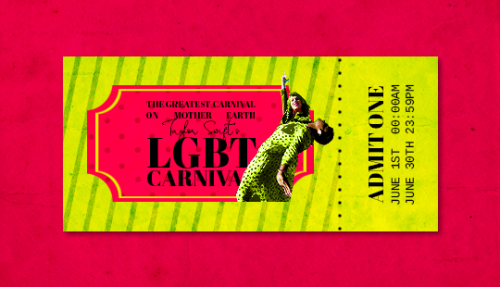 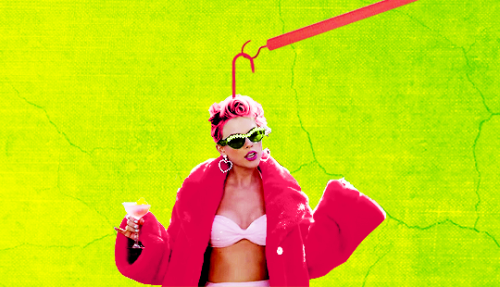 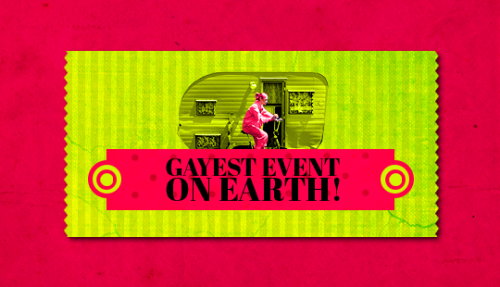 Come one, come all to the YNTCD carnival!

taylor swifttswiftedittaylorswifteditsswiftgraphicscandy swiftidk what this isi mostly don't like itehhhalso the pattern on the tickets is not the rising sunit's a sunburstpetalyntcdfilesall the pictures are captioned with taylor's petitiongo sign it!!
748 notes
Loading...Show more notes
Reblog 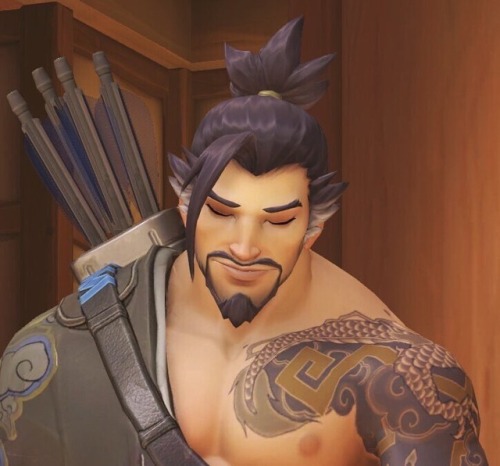 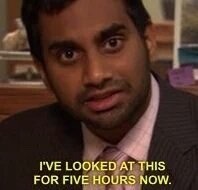 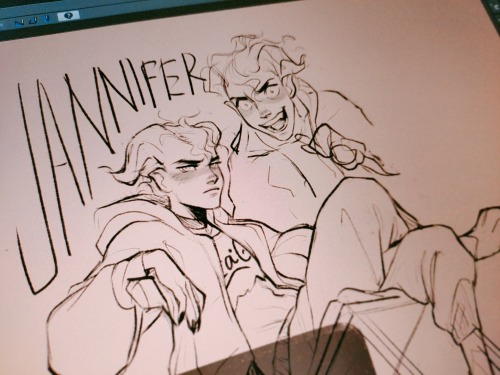 did another “let’s make an oc” thingy on twitter and here’s the wip ;- ;

AND IT'LL STAY A WIPbecause THIS dumbass left the pendrive with the psd file in it at my grandma's homeand i'm not going back there any time soonthis is the only picture i have of it.... v.vthis was suppose to be part of my new comms post..... UPSETteco drawsI GUESS
535 notes
Loading...Show more notes
Reblog 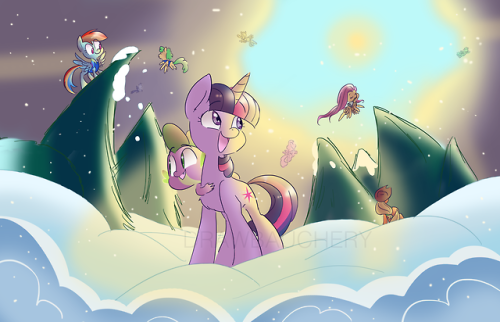 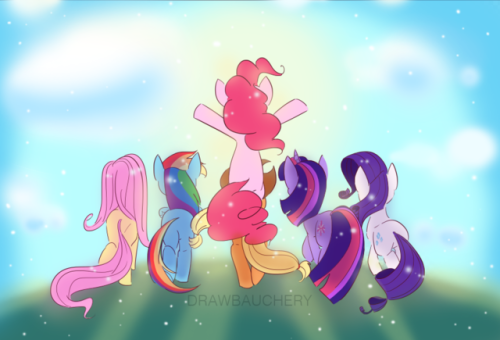 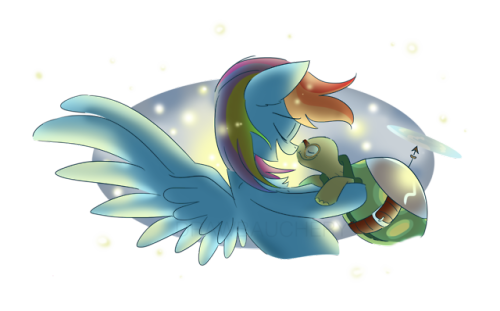 i needed a more effective way to show my adoration for the songs in this show, so i thought i’d do a series of drawings for all my faves! which is a lot of them. tons. thousands. my list could fill a book.

these are my top three favorites, easy.

I’m sorry if it appears blurry unless you preview it, I’m still figuring out how tumblr wont blur a big picture file. Haha 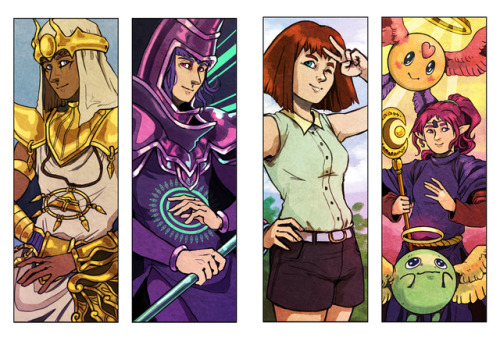 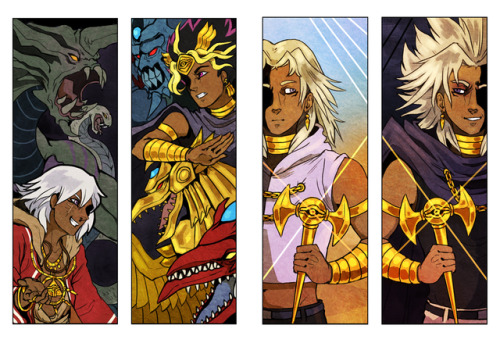 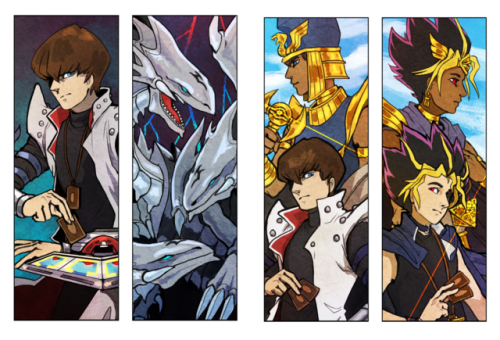 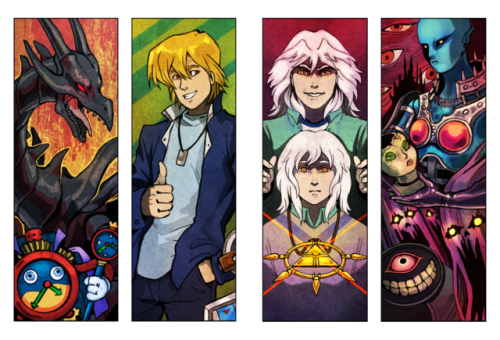 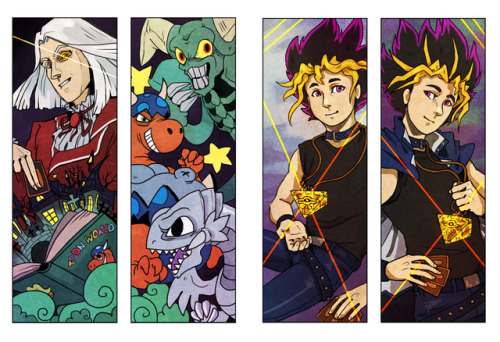 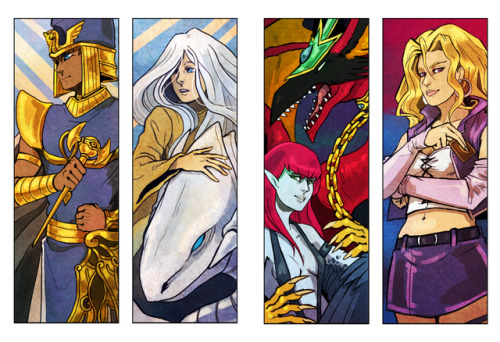 Bookmark masterpost! They’re are paired up randomly, tumplr just didn’t want to upload them in one picture, file too big, blah. (it wasn’t that big, tumblr…)

But finally finished them all. Some I like more than others, that’s how it goes, but overall I’m happy to be done with them. I will order them next week and hope they turn out ok.

I will not do any lineart stuff in the near future :’D I actually hate linearts. I think next up is a painting of a Black Luster Solider - besides sketches.

And it’s time for another one of these lists. They kinda keep growing in number and it’s scary, but here it is! This season there were some continuation and some anime that got new seasons (ahiru no sora, chihayafuru, isekai quartet,  kaibukichou sherlock, iruma-kun, radiant, nnt) but here are the new anime we started ^^

BOFURI: I Don’t Want to Get Hurt, so I’ll Max Out My Defense.

This is a typical isekai with a game-like action and plot. It doesn’t have any deeper meaning, but okay for relaxing. Basically, if you want to take your brain out for a walk - watch this!

The manga is better. It always is, but here especially so. It has a really good concept - a battle to the death game in real life, but not as good execution with the anime adaptation, they skipped some of the really important parts. Don’t let that discourage you tho! It has a good character development and nice action scenes, which makes it quite good! And move on to the manga later ^^

A very interesting anime! Weird, but good! Not surprising tho, it’s mappa. The world in which the story is placed is, although very dark, refreshing and unusually good. The characters are unique, lovable, but weird… like really weird. The animation is a bit different, but it has it’s charm. Also, it has it’s fair share of blood and gruesome scenes, so skip it if you don’t like that. We loved it though! One of the favorites ^^

Hands off the motion pictures club!

Soft. Just goddamn soft. The animation is a bit different and simplistic, but it fits the characters so well. This slice of life pulls you into the imaginative and colorful world of three high school girls who share the love for animation, and the viewer follows their process of getting inspired for plots for their anime and working on creating it. There is not much action going on, but it always leaves you with a positive feeling after watching it.

Yes. Watch it please. Awesome detective/ mystery story. The idea of entering a criminal subconscious (aka the id) is a unique and it gives new possibilities for detectives to find clues. The plot is very intriguing and keeps you on your toes. Its confusing at the beginning, but the story connects better after a few episodes and it makes you want to watch more. The characters are intriguing and their conversations well paced. (also great voice actors and music *-*) It has some darker scenes, murder and suicide mention, just thought I should mention that, but it’s an extremely good anime, so would definitely recommend!

If My Favorite Pop Idol Made It to the Budokan, I Would Die

As you can see from the title, this is about a girl fangirling over her favorite idol and that’s it, that’s the plot. But, it’s somehow soft, nicely animated and the story is just enough for an episode a week. It shows both the idol and the fan side of the idol culture, especially the less famous groups. Overall, it’s not an anime that will knock you off your feet, but it’s a solid comedy with relatable characters ^^

Generic entering-a-game anime. The point of the anime is that every persons possibilities are endless and everyone has the potential to develop into a strong person. Like we said, nothing new. It’s old, but cute concept.

And we’re pretty sure most people already know about this one! It’s playful, colorful, cute as heck, the main girl gets a bit annoying, but it’s hella good! The story balances comedy with a school setting and a darker side involving yokai and evil things that lurk in the shadows, making it interesting to watch. The animation is pleasant to the eyes and the characters are great, what’s more to want ^^

The plot of this anime is more focused on logical and critical thinking rather than on action, though it may seem otherwise from the synopsis. The relationships between the main characters are kind of weird, but in a good way and their interactions are always interesting. We were pleasantly surprised to see the main female character to have a crush on a guy and still maintain her IQ level. Overall, it’s a good anime, it has good voice actors (Mamo-chan <3), but don’t expect to be kept on the edge of your seat.

If you watched Madoka, I’m sure you’ve heard about this release. We were happy that they kept the same dementia animation style, especially of witches. It kinda has a more positive vibe than the original but it still keeps some of the original darkness. There are a lot of new magical girls and more plot and action. It’s pretty good, but the original is better (we love them darkness).

A very cute five minute anime about a girl searching for her friend who suddenly stopped answering her texts. The animation is cute and you have nothing to lose if you watch it.

It’s about japanese warlords and historical figures, who are resurrected as dogs. Even though they’ve kept their personalities, they can’t say no to dogs drives (pet me hooman!). It’s cute, but not a lot of plot.

It has a very interesting idea of entering peoples subconscious and changing it, manipulating their memories in order to control them. But the executions of that idea is… meh, at best. The characters aren’t lovable or memorable, you don’t feel a connection to them. It’s one of those anime that at the end you say ‘It could have been so good’. But yeah, it wasn’t.

Science Fell in Love, So I Tried to Prove It

The title says it all. Comedy, slice of life (but not really, the sample is not representable). You really start rooting for the main couple and they are funny at proving their love. It’s also educational, it does mention and explain some principles. It’s quite funny ngl.

Smile Down the Runway

A heartwarming anime about a guy who wants to be a designer and a girl who is too short, but still wants to be a model. It’s a story about perseverance, hard work and pushing towards your dreams. Positive and emotional, and you find yourself cheering for the main characters. Perfect if you want a slow paced anime that includes character development.

Somali and the Forest Spirit

It’s heartwarming, has very clear animation and great voices. The concept is really interesting, the accent is on understanding others different than you and showing love and support. Basically, lots of emotions, it doesn’t have action or a complicated plot, but as a soft story, it’s pretty good.

The Case Files of Jewler Richard

This show is so filled with emotions and softness, it’s amazing! It’s mostly peoples stories - problems and difficulties they overcome on their own or with help of the people close to them, which also have some connection to a jewel. The plot focuses more on the main characters in the later episodes. But the art is very pleasing and the main characters have good chemistry. Of course, it’s not for those who don’t like a bit more of a slow paced story, mostly based on storytelling and human interactions. But it’s still good ^^

Watched but got to lazy to properly review: Ishuzoku Reviewers (sometimes you just have to admire that someone had the imagination to come up with some of the episodes), Sorcerous Stabber Orphen (not terrible, not that good either)

here’s what really happened at sae’s Valentine’s Day date, open your eyes to the Truth

persona 5sae niijimatae takemitakesaetaesaesaetaei dont actually know which ones the right tagp5prly sorry for the edit i just had to fix the resolution bc i initially uploaded the wrong filesbut now it's changed from a picture to a text post and idk and how to fix it again :(and it also seems like the resolution hasn't changed at all so rip me i guess
343 notes
Loading...Show more notes
Reblog

Scully: Mulder I wouldn’t put myself on the line for anybody but you

Mulder: You told me the truth, you were my constant, my touchstone