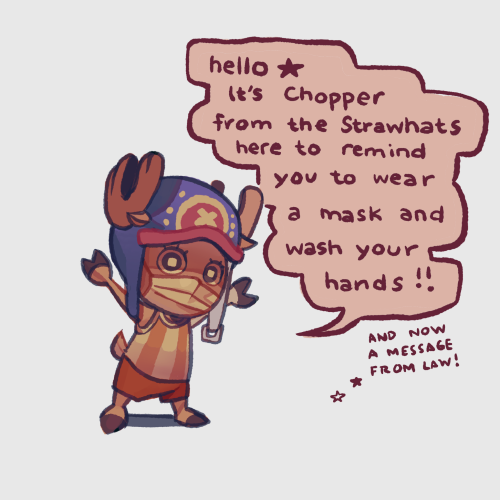 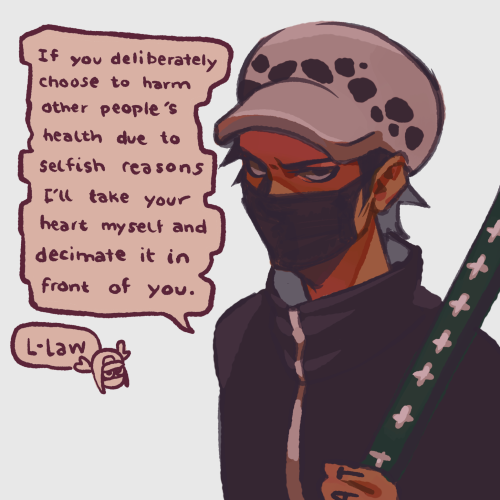 from their crew to yours WHEN YOU FINALLY FIND OUT THAT YOUR ANIME CRUSH IS REAL BUT HE IS BTS’ RM WHO IS ALREADY EVERYONE’S CRUSH! 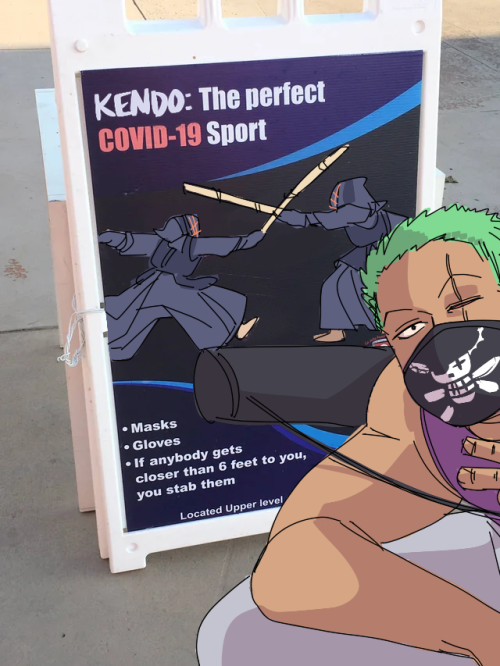 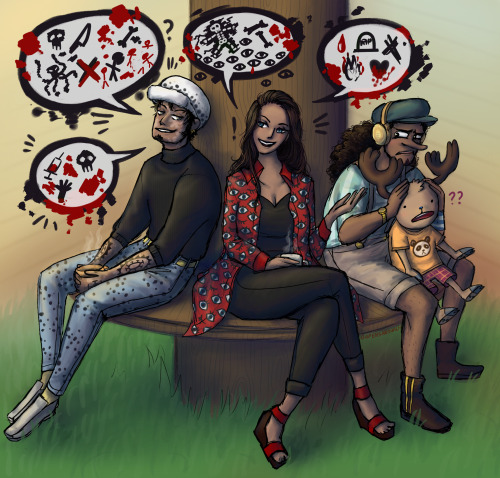 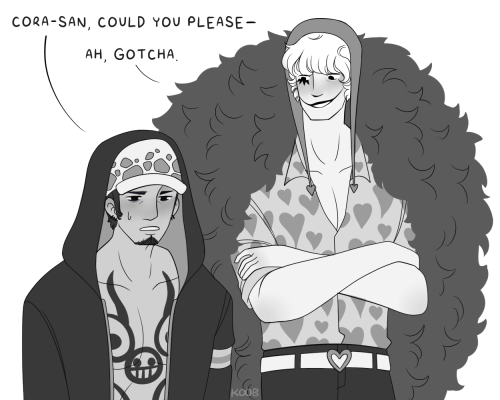 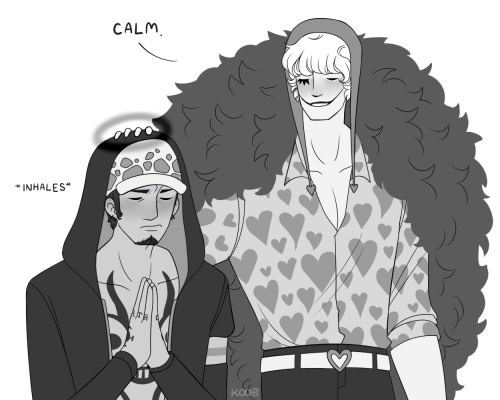 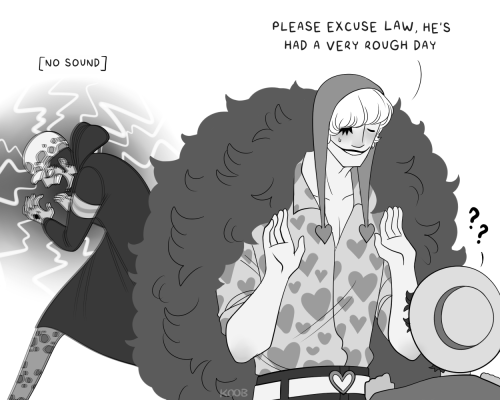 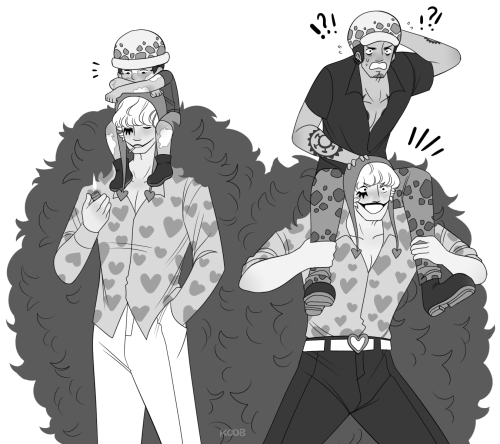 reasons why i wish corazon was still around:

1. so law can scream whenever he wants

I just remembered the part of One Piece where Brook becomes a rock star and his managers tip off the Marines he’s actually Brook the Pirate because they’re pissed at him for wanting to retire. This is so funny because:

Manager: I am telling you, the musician you know as Soul King is actually the pirate “Humming” Brook!!

Marine: *rummaging through wanted posters for a long time* Uhhhhh, sorry but according to our records, Brook has… skin. And is like 90 years old.

Manager #2: He ate a Devil Fruit that let him die and come back as a skeleton!

Marine: Um. *covering the phone with his hand* Can Devil Fruits make you come back from the dead as a skeleton?

Other Marine: I don’t know. Probably.

Marine: *into the phone* We’ll be right over. 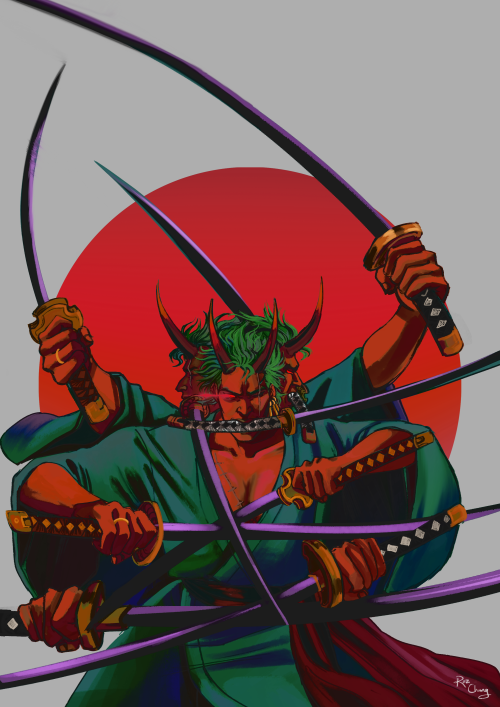 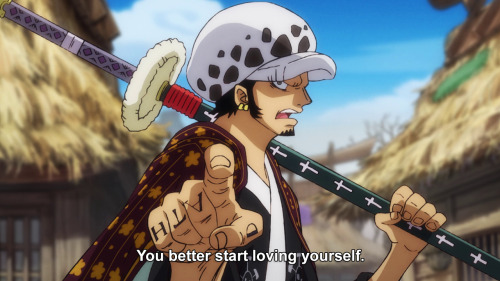 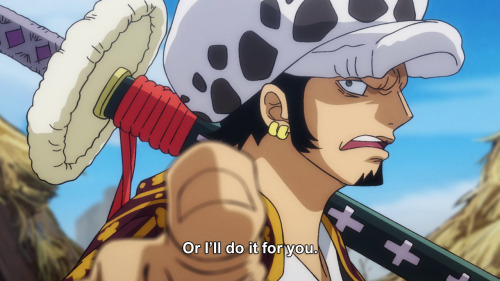 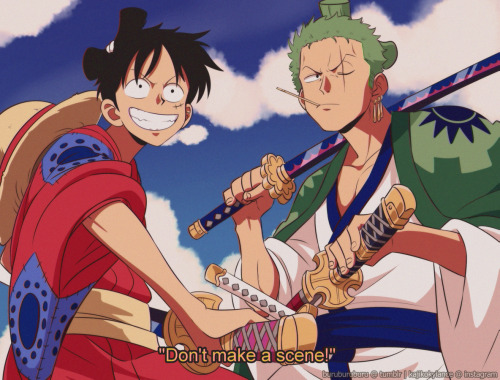 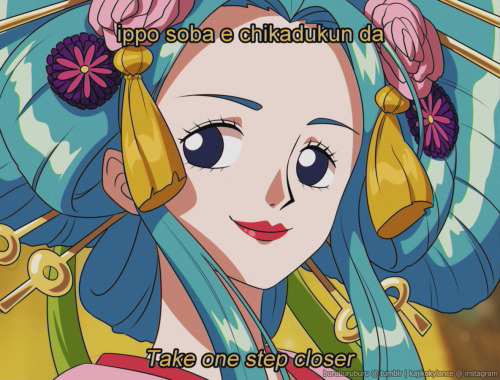 Wano redraws in 90s/old OP style just because, even tho I love wano style, I wanted to see how they would look back then! 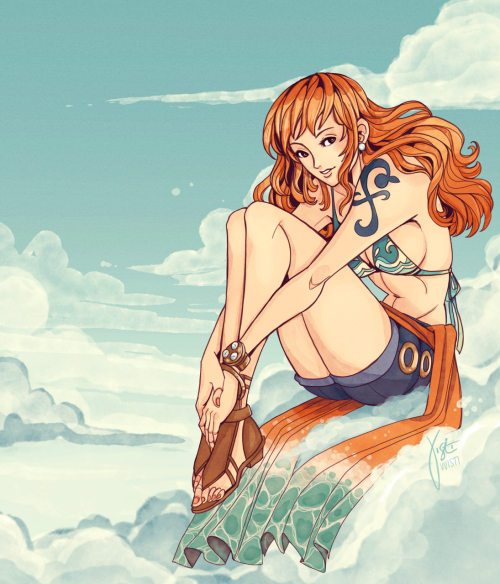 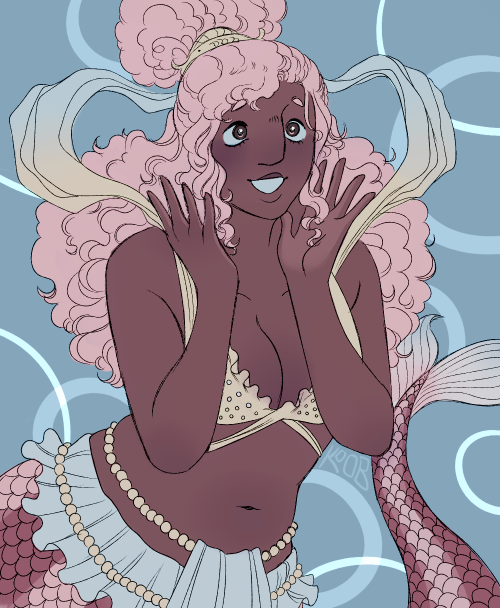 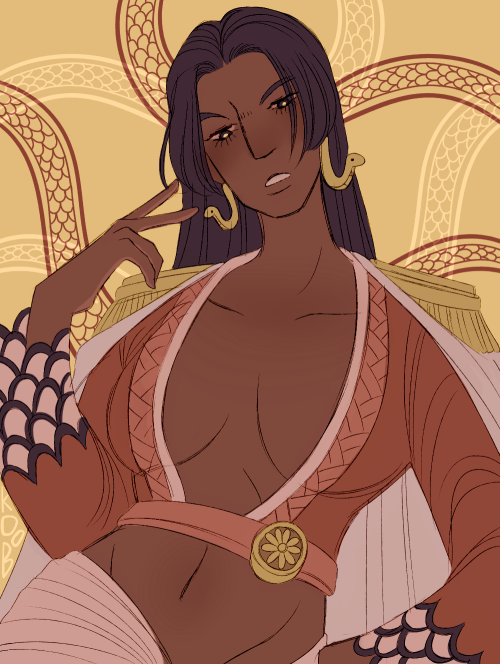 gettin REAL tired of media being like “here is the most beautiful woman in the world!!” and then showing me some pasty girl lmao

A letter to my brother, Ace. 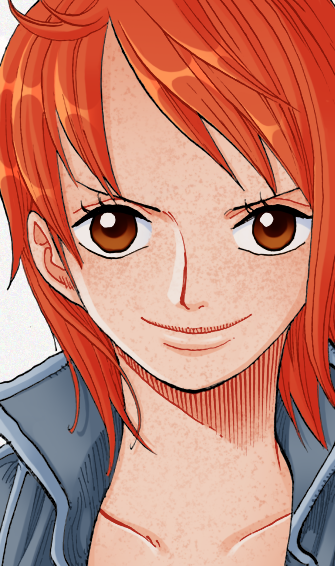 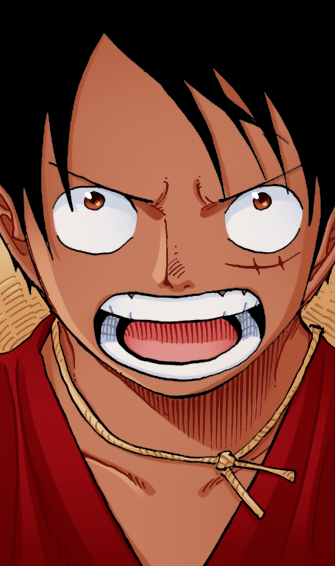 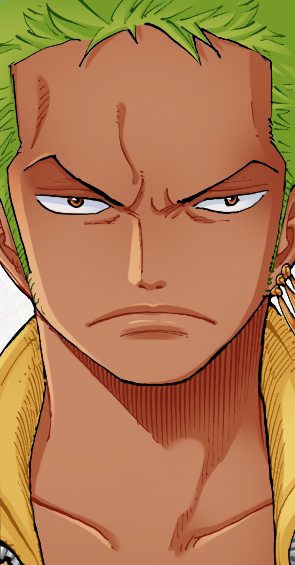 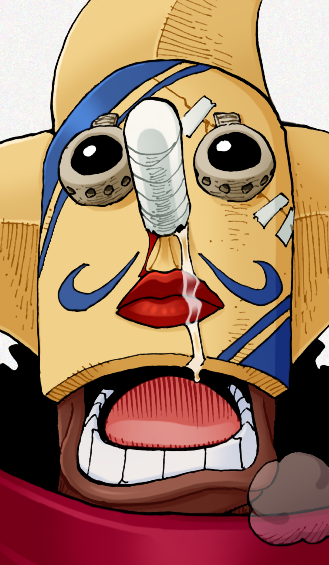 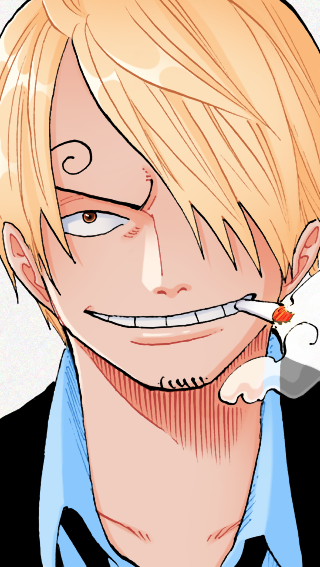 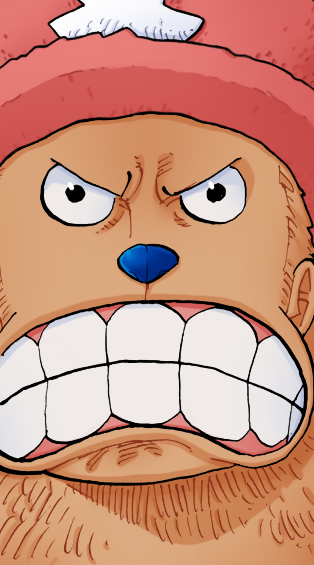 “If you wanna die or whatever… you can say whatever you want!! But you have to say it to our faces!! Just leave the rest to us!!” 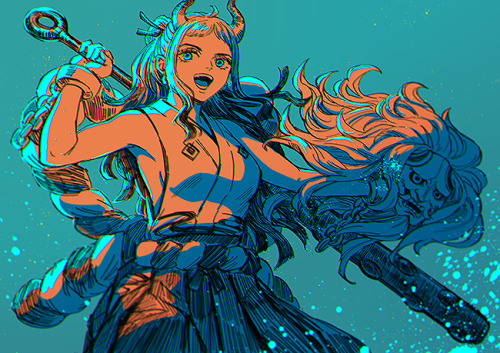 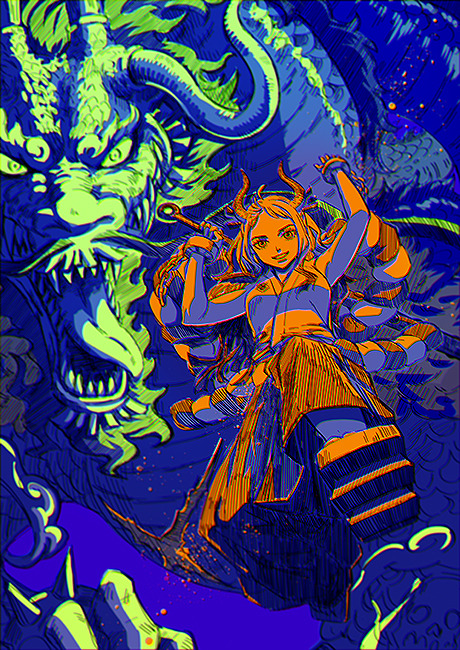 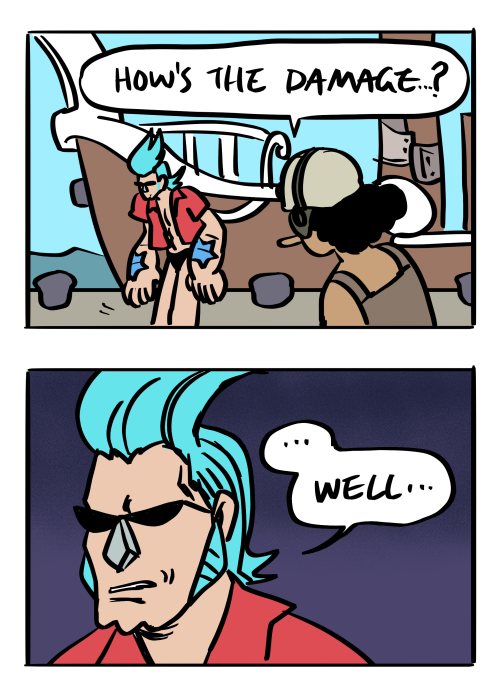