of making those films

8
baby daddyjean luc bilodeauben wheeleremma wheeler*gosh those girls are growing up so so so fastso so soooo glad this show is backand so glad bilo is okay and able to film and make lulz
2,927 notes
Loading...Show more notes
Reblog

One subtle design thing I love in LOTR  is how the elves are associated with autumn colors to reflect that it’s the “autumn” of the elves. To represent that their culture is fading and it’s the end of their time on Middle Earth.

Rivendell is all autumn/sunset colors:

And you see autumn colors all over Lothlorien as well:

The Grey Havens are all golden autumn colors too:

And even The Hobbit films stayed faithful to this design decision with Thranduil’s kingdom:

Also: according to the costume designer Ngila Dickson, this is the reason PJ and co wanted Arwen’s coronation dress to be green. Because Green is a Spring Color™ and it is Symbolic™

lotrthe hobbitlord of the ringsarwenlong meta posts analyzing color and costume design in the lotr filmsseems to be my new niche?????.......also Legolas was making those spring colors workbefore Arwentholet me point outHe was wearing golden-brown autumn colors at the council of Elrondhe didn't change into his iconic greenuntil after he joined the fellowshipI guess green is the color of elveswho want to be part of the new Middle Earthyou go arwen and legolasstay in middle-earth and marry your strange mortal boyfriends
1,641 notes
Loading...Show more notes
Reblog

peter cushingvictor frankensteindr. van helsingjohn banningwilhuff tarkinthe horrors of draculathe curse of frankensteinthe mummythe brides of draculasrslyhe gets choked so many times the poor chapomfg in the mummy alone he gets knocked out like 3 times or somethingand i love that his wife saved him like most of those timespeter really sells getting the shit kicked out of him thoand it always comes off unintentionally hot okay BECAUSE THEY'RE ALWAYS SO INTENSELIKE I WAS SO SHOOK THE FIRST TIME I SAW THAT BRIDES OF DRACULA SCENELIKE GODDAMNwill be making more because i can't get enough of this face so neither will all y'allfilm
1,516 notes
Loading...Show more notes
Reblog

Loving without fear, hesitating and parting, merely living as the person I am.

btsbangtanbangtan boyshighlight reelkpopi'm super super late lmaobut i did it!!and it was so hard to choose thoi love the wings short films so so muchthey are pure art and everythingbut i don't know why but the highlight reels touched me in a big waythe cinematography is a++++and the music uuuugh help it hurtsthere is really something about thoseit's simply amazing the impact they can have on meit makes me want to work with lumpens even moreand probably more with gdw since hyunwoo nam is behind those beautiful shotslike i even want a whole movie about this???mmc*chrisgifsmine*and i kept my coloring but added some layers and adjustment....idk if it looks good or not
1,216 notes
Loading...Show more notes
Reblog

btsbangtantaehyungjungkooktaekookqt:gifssorry for the floppy arrowsOFF TO READ HUSTLERSabout the last gif: tae said sth to jungkook during the transition between those 2 scenesand it went like 'jungkook-ssi; isn't/doesn't [...] too much? [...]'but they were filming the others so i don't know for surebut pretty certain it's tae's voicehe probably said sth about jungkook's shoes on his pantsso jungkook put hotpack on that spot of tae's thigh where his shoes collidedto make up ( ͡° ͜ʖ ͡°)
1,168 notes
Loading...Show more notes
Reblog

Superhero movies obviously existed before Iron Man. X-Men come to mind, as well as a slew of DC movies like Batman and Superman. But you know what they all had as a subplot? Keeping identities secret. It was such a staple of the superhero movie genre that you went in knowing that there was going to need to be some kind of reset button at the end, or some stupid excuse for why the heroes couldn’t reap any of the benefits (and blame) of having just saved the world. They must always retreat into the shadows at the end, constantly helping but never known, because of “reasons”. Some reasons made sense, like protecting loved ones, but it had the underlying problem of meaning there was always this stale element to so many of these films. The world never fully got to react to superheroes existing, because they always retreated back into hiding afterwards.

When Tony said, “I am Iron Man” the theater erupted. I was barely a superhero fan at that point, and my jaw dropped. Something new had just happened. Everyone sensed it.

The film had already grounded Tony Stark in the war in Afghanistan, it had already shown him as a fairly realistic tech wunderkind working within the military industrial complex of the day. When you watch the film today, it’s very much a product of the Bush era. For example, everything is about propping up the military, and journalists are automatically annoyances at best and unpatriotic at worst (as a fandom, have we yet acknowledged that Christine Everhart is actually a hero? Her needling helped prompt Tony to change his ways, and far from showing her up by declaring he was Iron Man, he actually handed her the scoop of the century while thinking he was sticking it to her. Hilarious. Everhart is a top-notch journalist and deserves so much more credit.)

To this day you can feel how DC superhero films are struggling with this old subplot. There’s an underlying element of staleness in those films because they were unable to make any similar bold and dramatic shift to revitalize the genre and bring it into the modern era. When your heroes have secret identities, the world can’t really respond to the superheroes in it because there can be no dialogue between the world and the superheroes, the world can only react to the disasters and try to recover from them. The superheroes go about their lives.

So kudos to this bold move by the Iron Man filmmakers ten years ago. I don’t think it can be understated that this is why we have the Marvel Cinematic Universe today.

Really wanted to get this out of my brain. Also Gladion cameo because Piers needed another guitarist with emo tendencies. 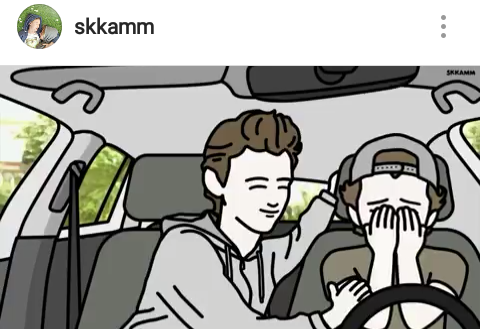 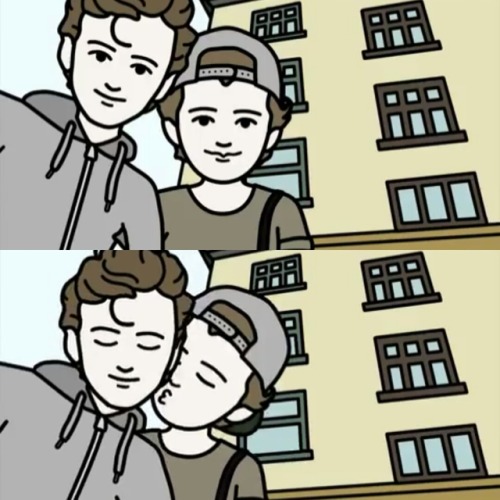 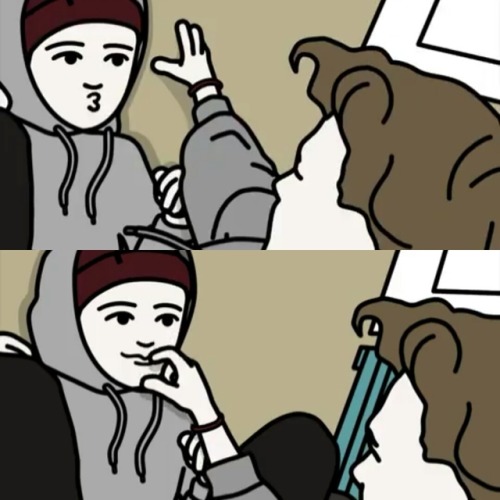 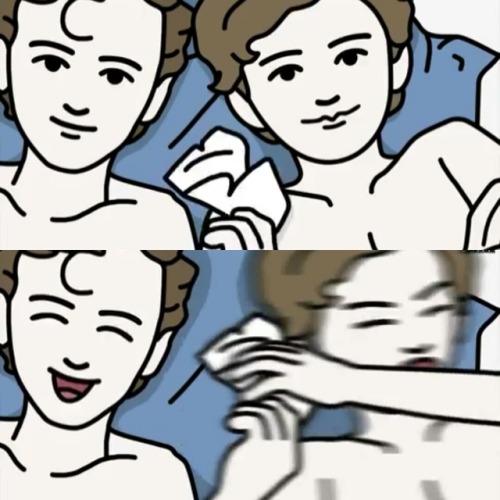 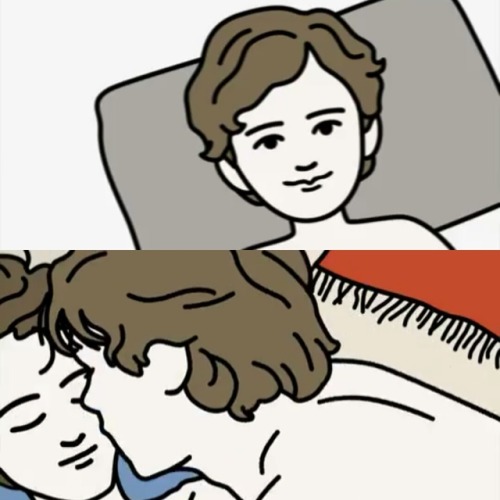 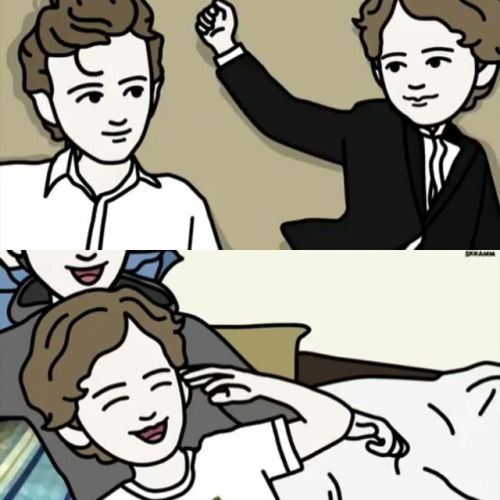 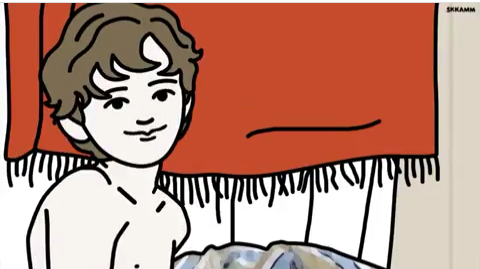 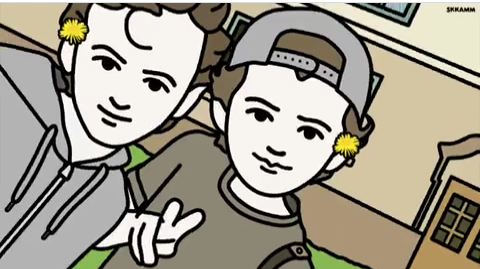 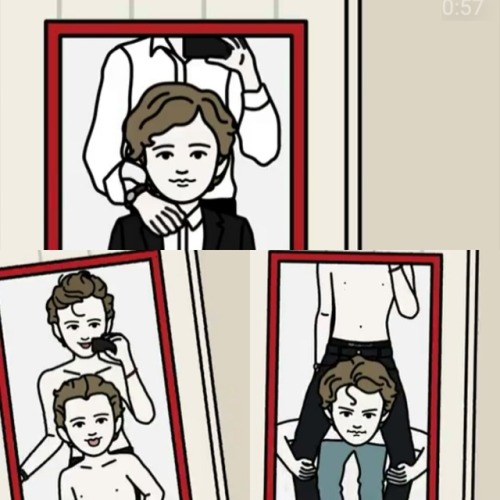 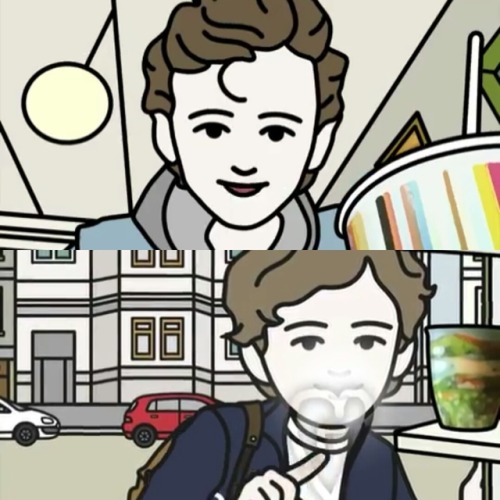 Cr: Skkamm in instagram
Mood: Bitch I’m back from my coma!

For those wondering – MUDAI (working title) is coming along well! I have briefly put it on hold as I’m doing animation for a company I wanted to work with.

I aim for it to be completed by January. Thanks for the support! I read the tags and it fills me with motivation. SUBSCRIBE HERE and put on the alerts for a notification when it is uploaded!

thewizardofozeditwizardofozeditjudygarlandeditjudy garlandoldhollywoodeditmygifsfavcharasadly film dorothy does not have as many opportunities to be as badass as her literary counterpartbut she makes up for it being the cutest and sweetest cute to ever cutelike seriously has another human ever been this cute?those big dark eyes and rosy cheeks and perfect curlslike actual cherub here
386 notes
Loading...Show more notes
Reblog

└ All hands aboard for a fuller full-of-OTP-ai version of that short snippet we had from AYH’s opening video.

Cr: Documentary Film ~ Are You Happy ~

arashiare you happy dvd documentary filmAYHiamhappysakumotoOTP makes me happylast year's album coverlast year's concet opening vidthis year's documentary filmahhhh~xdestroyinggingerbitlook at those handslook at how these two gush over each otherhow jun knows what sho had gone through by finding out from his managerby offering that massagethe update of what's happened 'at home' while 'mum' was awayand how 'mum' effused about how tiring and worn out it is to be in 'dad''s positionsakurai shomatsumoto junthank you non-no for arranging this photoshootthank you to all the deities who heard the pleas of sakumoto shippersdgifsin a queue
403 notes
Loading...Show more notes
Reblog

Okay, the To All the Boys I’ve Loved Before cast recreating iconic ‘80s films is pretty adorable.

to all the boys i've loved beforelana condornoah centineoisrael broussardjenny hanthis shit is cutewhy she make their asses do dis 😂😂😂i gotta check the movie out since i read the booky’all think these babies have ever even watched those films
362 notes
Loading...Show more notes
Reblog

finalizer vine compilations are the stuff of legend because 99% of the videos will be new original content from the literally thousands of people aboard the ship but the same two vines will always be included no matter what and they are of the time someone filmed kylo ren absolutely beating the shit out of the wall and hux walking down the bridge with perfect posture only to misstep and crash down with a deafening ‘SHIT!’

first order memes are the best memesthe vines are Iconic etclisten i will make jokes about people falling off the bridge until they get handrailsINVEST IN YOUR SAFETY HUX OH MY GODhe will literally die in episode 9 by falling off the bridge during a space battleThose Imperialsheadcanonhuxkylo renme: *recognizes that these are two competent villains yet memes them anyway*it's how i show my Affection and Love etcthe question is who filmed these two Iconic videosme @ myself do not say mitaka filmed the hux videoi would Not doubt itthis has been a Shitposti've been watching a lot of vine comps lately lmao
294 notes
Loading...Show more notes
Reblog 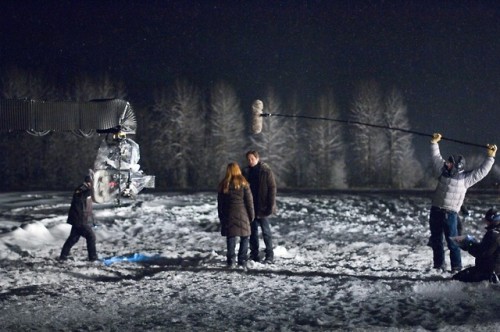 The X-Files: I Want To Believe - Gillian Anderson and David Duchovny behind the scenes

tbtsuch a moodgillian andersondavid duchovnyi want to believebehind the scenesthis looks like a terrible cold experience in the middle of the nightwhich makes me love the people in the photo all the moreespecially that poor person sitting on the snowand alsolook at those practical snow bootspractical xf footwear is so rareat least on scullyit's like the actors were likeyes we'll film in the middle of the night while it's snowingbut you will give us giant jackets and huge bootsand hot crepes in a tentoops that came lateranywayi like thistags out of control
266 notes
Loading...Show more notes
Reblog

Where's the video of Roman, Logan, Dad and Anxiety for this week?

Because of how extensive those videos are (script-writing, gathering of any props, possible songs, filming, editing, etc.) we’re aiming to make and post those every two weeks. I figured it best to do that anyway so you all would be getting the best quality videos possible, seeing how right now, it’s just me and my friend, Joan, putting our heads together to make them. I’ll make an official announcement of that schedule, in a future youtube vid! Hope that’s understandable!

If he were still alive in this timeline, that is.