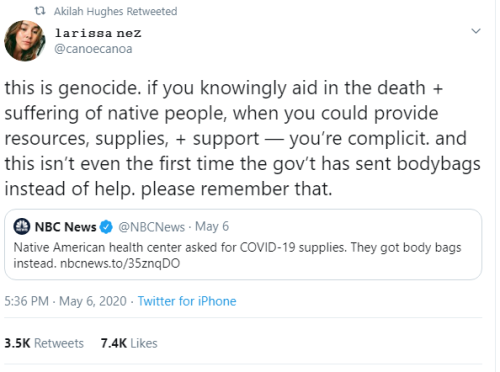 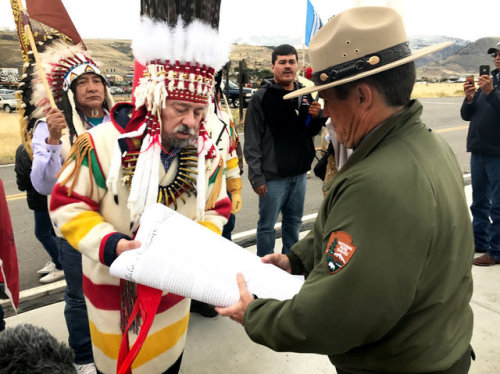 On a cold January day more than a century ago, U.S. troops massacred nearly 200 Piikani people on a Montana river bank. Most were women, children and old folks.

The people killed were his ancestors and accounts of the massacre are brutal. Soldiers killed a mother breastfeeding her baby. They shot sick people hiding under blankets.

The man who helped perpetrate this massacre was Army Lt. Gustavus Doane. He later went on to explore parts of Yellowstone and his compatriots named Mount Doane after him. The name stuck, and Grier wants to change it.

“Lieutenant Doane led that attack and fully implemented the massacre,” he says. “We feel that’s an atrocity to humanity and it’s essentially a war crime.”

Massacres like this were a major part of what some historians call a forgotten genocide during the colonization and settlement of the American West. The perpetrators of these massacres were sometimes honored with mountains, valleys and towns. 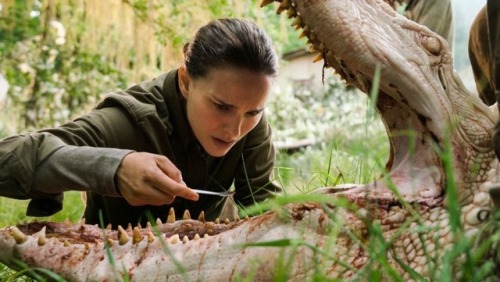 The movie stars Natalie Portman as a biologist and leader of an expedition into a mysterious area where the laws of physics don’t seem to apply. In Jeff VanderMeer’s 2014 novel Authority — a direct sequel to the original Annihilation novel — the character is described as being of Asian descent, with the author describing her as having “dark, thick eyebrows, a slight, slightly off-center nose (broken once, falling on rocks), and high cheekbones that spoke to the strong Asian heritage on one side of her family.”

”Writer/director Alex Garland is not being true and honest to the characters in the book,” MANAA board member Alieesa Badreshia said in a statement. “He exploits the story but fails to take advantage of the true identities of each character. Hollywood rarely writes prominent parts for Asian American and American Indian characters, and those roles could’ve bolstered the careers of women from those communities.” 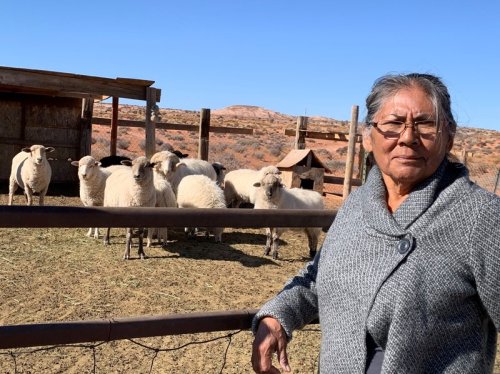 For many people, turning on the tap or flushing the toilet is something we take for granted. But a report released Monday, called “Closing the Water Access Gap in the United States,” shows that more than 2 million Americans live without these conveniences and that Native Americans are more likely to have trouble accessing water than any other group.

The nearest water station for Darlene Yazzie is 9 miles away at the Dennehotso Chapter House — a community center — in the Four Corners region of the Navajo Nation. On Tuesday, she counted her dimes and nickels to pay for water. It costs $1.10 plus gas money to fill up two 50-gallon barrels, and she has just been told the price is going up next month.

Yazzie lugged a T-shaped key as tall as her out to the well, where she dropped it down into the hole and turned the crank to open the valve.

Water gushed into the plastic barrel. A cool mist from a leak in the hose rained over her. This is Yazzie’s drinking water. For her animals, she usually drives to a windmill, but on this day it was empty and the sheep were thirsty.

“There’s no water in the windmill,” Yazzie said. “It’s dry because it’s not blowing. The only way they have water is if it’s blowing.”

Yazzie said the windmill water isn’t safe for humans anyway. Officials told her arsenic and uranium levels are too high. Yazzie and many others give the water to their animals, even though they plan to eat them.

Photo: Laurel Morales/KJZZ
Caption: Darlene Yazzie typically hauls water from a windmill 5 miles from her house for her sheep. Officials tell her it’s unsafe for humans but OK for livestock. 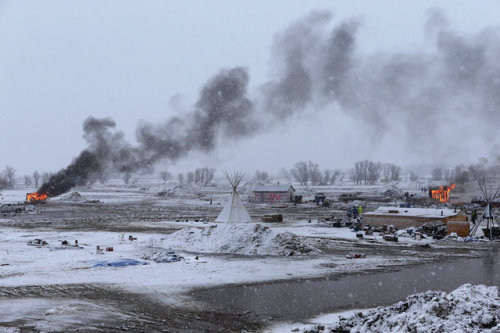 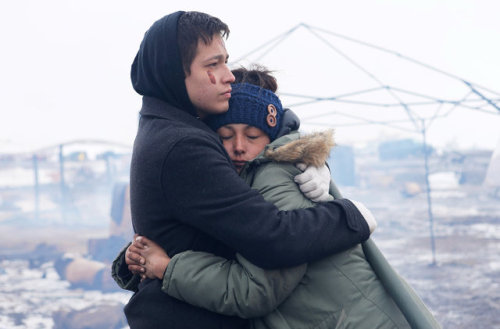 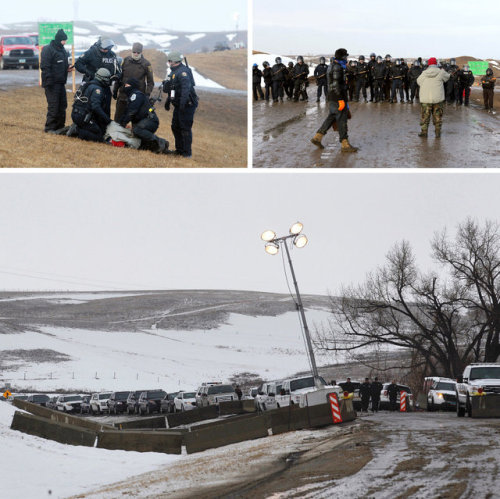 Local law enforcement officers have arrested some people who chose not to evacuate federal land near part of the Dakota Access Pipeline north of the Standing Rock Sioux Reservation. Most protesters had left earlier. At dusk, police moved back, and said they would not enter the camp at that time.

The governor of North Dakota had set Wednesday as the

for the largest protest camp, which is on a flat area north of the Cannonball River. He cited flooding concerns.

Protesters supporting members of the Standing Rock Sioux, many of whom believe the pipeline’s route under a section of the Missouri River known as Lake Oahe will endanger drinking water, have been living on the land for six months or more. They have erected shelters and organized supply systems for food and water, even as winter brought freezing temperatures and feet of snow.

As the 3 p.m. ET deadline approached, some demonstrators prayed while others took down some shelters and set fire to things they were not carrying out. Rain falling on law enforcement and demonstrators turned to fat snowflakes.

“It looks like a trash pile. But it’s getting picked up and every spot is starting to look better and better as we work together,” Dotty Agard of the Standing Rock Sioux tribe told Amy Sisk of Inside Energy while sorting through abandoned goods.

“One man used a four-wheeler to help get a car out of the deep mud, and another person rode a snowmobile through the dirt,” The New York Times reported from the area. “Some semipermanent structures had been burned, apparently an effort to demolish them ahead of the deadline. A fire burned, black smoke rising in the cold air, while some people roamed the area.” 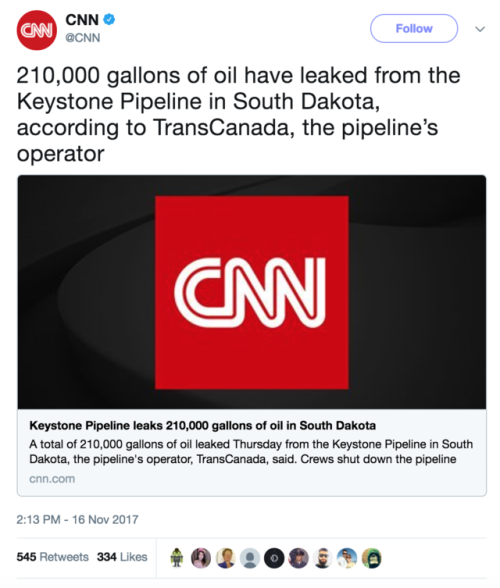 I vaguely recall some people warning about this… Oh yes, th police was shooting at these people while they were protesting trying to save their land! 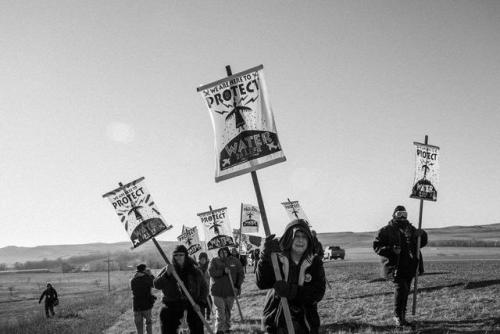 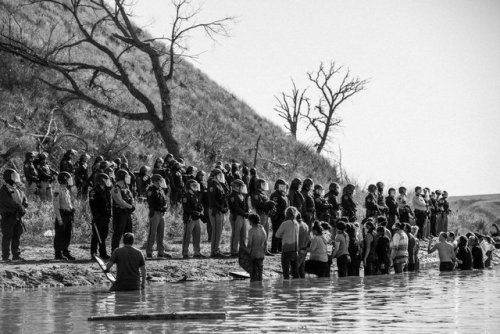 The film captures the story of the Standing Rock Sioux Tribe’s peaceful resistance against the North Dakota Pipeline that captured the world’s attention and changed the fight for clean water and the future of the planet.

A live discussion with filmmakers Josh Fox and James Spione (both Tribeca alums and Oscar nominees), along with their co-director Myron Dewey, follows the screening.

Be there. (And learn more about Tribeca N.O.W.)

Native Americans are getting threatened with deportation. DEPORTATION. Off our own lands.

[ text: Native Americans in South Dakota are being being stopped by highway patrol and threatened with deportation if they don’t show or have tribal ID ]

please spread this aroundthis is a psa to SD nativesnative americansnative newsindigenousa few accounts have said the have to have asked permission to leave the rezplease please dont let this fail
391 notes
Loading...Show more notes
Reblog
npr.org
Protecting And Preserving Ancient Sites At Risk From Sea-Level Rise In Florida
Archaeologists are working to identify historic sites that are threatened by rising sea levels in Florida. If they can't be preserved, efforts will be made to document them before they're lost.

Long before condominiums lined the shoreline in Miami Beach, before air conditioning, many thousands of years before Columbus, people lived along Florida’s coastline.

Archaeologists say the remains of their settlements are particularly vulnerable to rising sea levels as a result of climate change.

In Florida’s Palm Beach County researchers are planning how best to protect and preserve the ancient sites most at risk from rising seas.

‘All this, I think, could have been avoided.’ — Watch Rep. Deb Haaland get real about the deadly impact of COVID-19 on Native communities 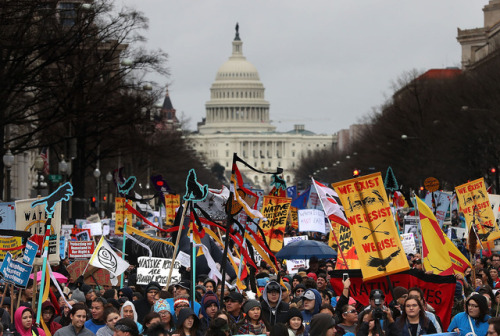 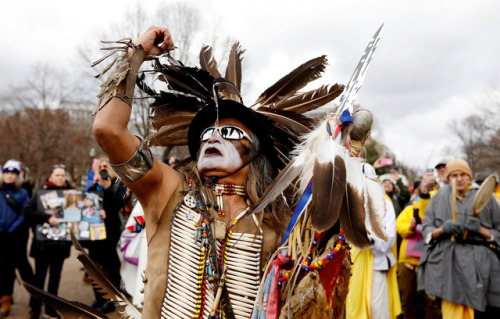 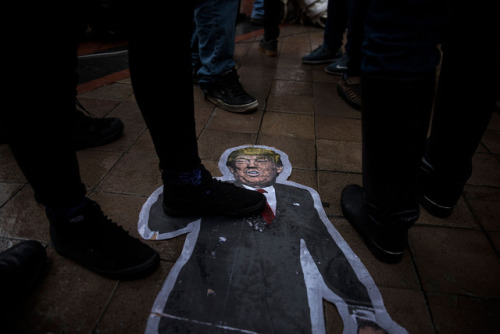 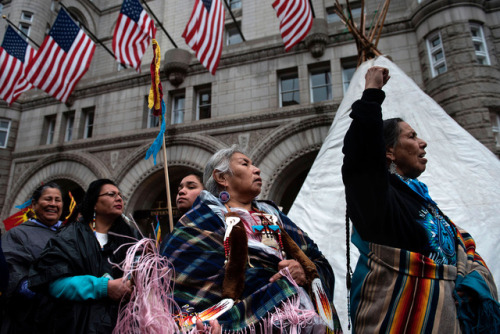 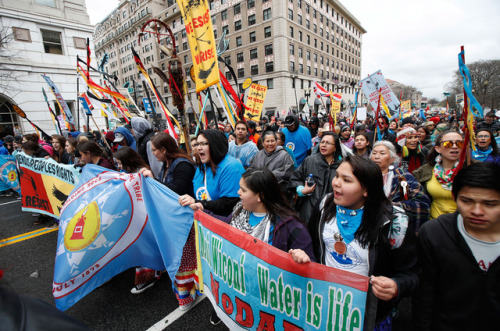 American Indians and their supporters are rallying in Washington against continued construction of the disputed Dakota Access pipeline.

A federal judge this week declined to halt construction of the final section of the $3.8 billion pipeline, meaning oil could begin flowing through it as early as next week.

The Standing Rock Sioux and other tribes have tried to stop the pipeline, saying it threatens their sovereignty, religious rights and water supply. The final, disputed section of the pipeline would pass under a reservoir that provides water to tribal reservations. The pipeline itself is not on tribal land.

On Friday, protesters marched from the Army Corps of Engineers headquarters to the White House. With the encouragement of President Donald Trump’s administration, the Army authorized construction of the pipeline to start again. That move canceled an environmental study ordered under the administration of President Barack Obama. (AP)

See more images from the protests on Yahoo News.

AKWESASNE (WWNY) - Louis Levi Oakes kept a big secret most of his life. Saturday, hundreds of people celebrated what Oakes did, and the secret he kept.

Oakes died Tuesday, at the age of 94.

He was the last living Akwesasne Mohawk ‘code talker,’ who used his native language for military communications in the South Pacific during World War II, Japan was never able to understand the language, and the code talkers were eventually hailed as heroes of the war.

But for many years, the work Oakes and others did was secret.

“They told him not to talk. You didn’t tell nobody. Not even his family. … The oath they took was don’t tell anybody what you do,“ recalled Michael Cook, commander of Andrew W. Cook American Legion Post 1479 Saturday.

Oakes’s funeral was Saturday, at Akwesasne, east of Massena.

When Oakes was in his 90s, the secret came out. He was awarded a Congressional Silver Medal. He was recognized at ceremonies. Oakes got to do things he always wanted to do.

“He always wanted to go to Washington and here we go on the trip with the honor flight. Which was amazing for him,” said Dora Oakes, his daughter.

Oakes’ funeral It included a procession down Route 37, with hundreds of motorcycles, and a fly-over by helicopters from Fort Drum.

“We wanted to honor him in a special way and as an aviation battalion that was an opportunity that we had,“ said John Miller, Commander 3rd Battalion, 10th Aviation Regiment.

And Tekarhatenies Jocko honored her great-great grandfather in the language he once used in war, with song.

“If it wasn’t for the code talkers, we might have been speaking a different language here. It wouldn’t be the United States,” said MIchael Cook, the American Legion commander.

Trump has financial ties to the Dakota Access Pipeline. Trumps army of state and private security are brutally beating water protectors and destroying sacred native american lands. There has even been chemical weapons used from planes spraying chemicals nearby.