“Is it okay to be this fearful of losing you?”

Looks like a cinnamon roll but could actually kill you:
Nathaniel

Looks like could kill you but is actually a cinnamon roll:
Kentin

Looks like could kill you and could actually kill you:
Castiel

mclmy candy loveamor doceamour sucreNathanielKentinLysanderCastielArminokay but I put way too much thought through thismy criteria basically was:nathaniel is the prince charming archtype but is petty and salty and throws things at his rivalskentin went o military school so he is a bit intimidating when you confront himlike you could be ohh he knows how to shoot oh boy I'm fuckedbut is extremely sweet and caring he is amazingLysander looks like a romantic boy who writes poem and he is that boy. he is sweet and wonderfulI know cas fangirls might disagree with me because he is a jerk with a heart of goldbut he is only friendly towards your candy if you're friendly with himif not he is still an asshole and he is an asshole with most people anywaybut I like him he is a nice asshole.and armin is a dirty criminalI can't believe he is going to jail before Castielwho could've thought behind that pretty face lies a bandit?also he is the most pervy of all that boyshe has been sinning for a long long timebest boy.there's another line for this meme that is Would kill for a cinnamon rollthat IS rosalya for SURE
681 notes
Loading...Show more notes
Reblog

I thought I had known love before you, but boy was I wrong. With you this is different. This is true love. Not the ‘love’ where youre infatuated with the idea of someone, but once things get tough one of you leaves. That is not love. This, this is love. The love I know in my heart will never die. The love I know, although it just began, can make it through anything the universe may throw at us. The love that can make even the most terrible of places feel like home, just because you are there. I thought I knew love before, but I’m so glad I was wrong.

When He is on Military Leave

Take in the moment when his brother pokes fun at you for being last place in Pictionary on New Years Eve,

even though he was only one point ahead

When you’re the first person awake in the morning besides his parents, linger on the taste of coffee that his mom makes you

When you make him laugh, treasure the details of his pure smile that he tends to hide

When he looks at you, remember how it makes you feel

Trust me, you’ll appreciate it when he’s miles and miles away

and you’re still stuck in the cornfields of Illinois

He talks of dough

And kneading - the timing of yeast.

To cure the demons beneath.

He served one tour

In Africa, fighting the Ebola disease.

If you think he is a monster

For his size, his crimes, his wild

You should see how hard he tries

To belong to a broken world

In a way that unbreaks it.

You should see him build himself better

You should see him build the medical centers

You should see him build a simple loaf of bread.

poetrywriterscreedpoemstrying to be bettertrying to fit inbakermilitarypoeticstoriespoetryriottwcpoetrysongofthecloudspoetryportalabstractcommunityillustransbrokensoulsrebornrefinegodlinesssavage wordsblotchedpoems
109 notes
Loading...Show more notes
Reblog
There were nine of us camped at West Down South,
And nine of us crossed to France,
And we grew savvy to each other’s gaits,
When all of a sudden we fouled the fates,
And the only one left of all my mates
Is me, by the grace of Chance.

From “Shock Troops” by Tom Cook

“Remembrance of all beauty that has been,

And stillness from the pools of Paradise.”

[ please do not repost/claim as your own.]

Please do not pet

My dog’s for service,

She has a job

She has a task,

That’s why I ask.

You could get hurt

And so could she,

I need her by me.

I am a veteran

Must I say more?

What my dog’s for. 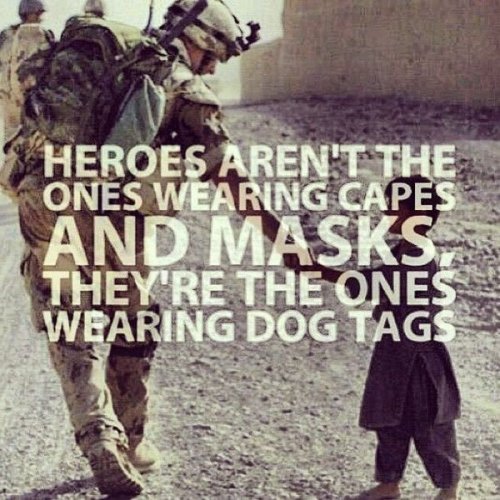 Red lips are not so red as the stained stones kissed by the English dead. 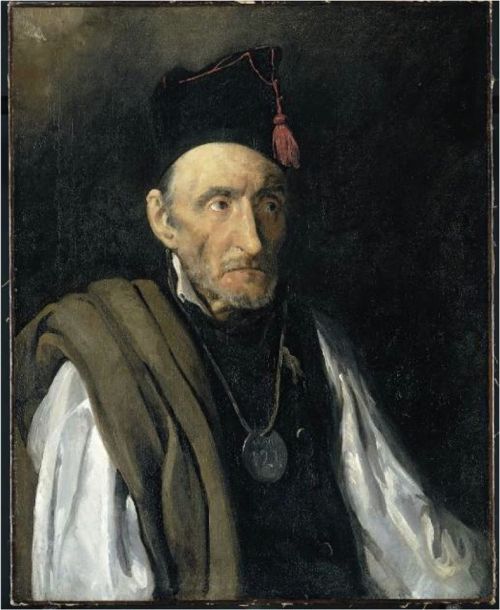 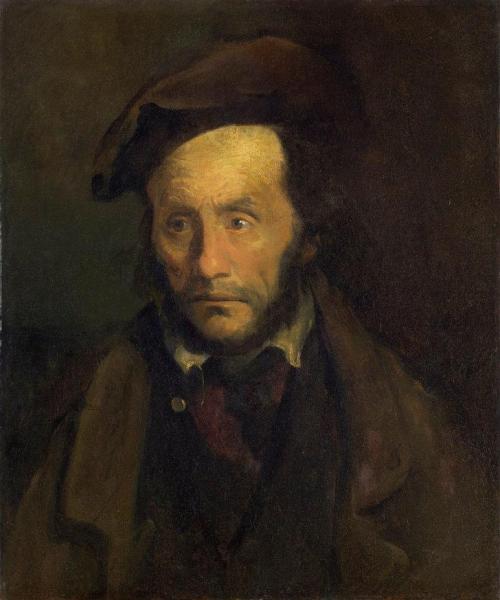 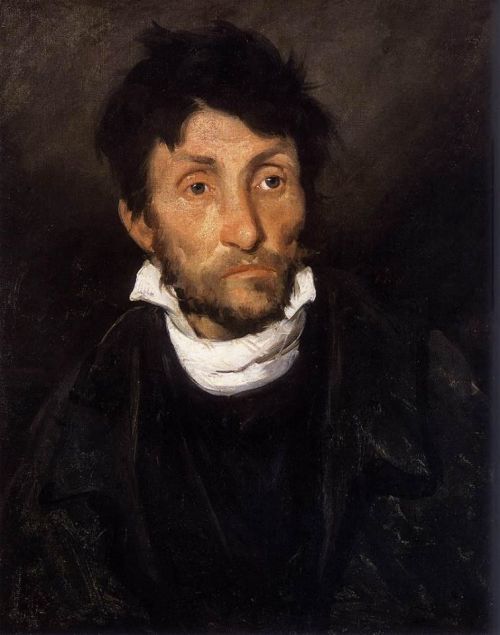 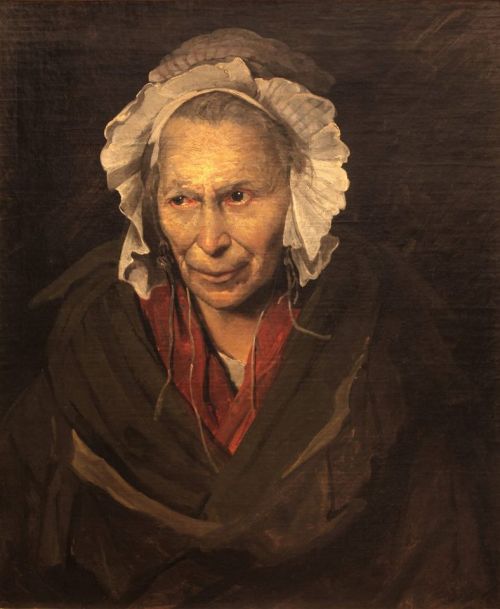 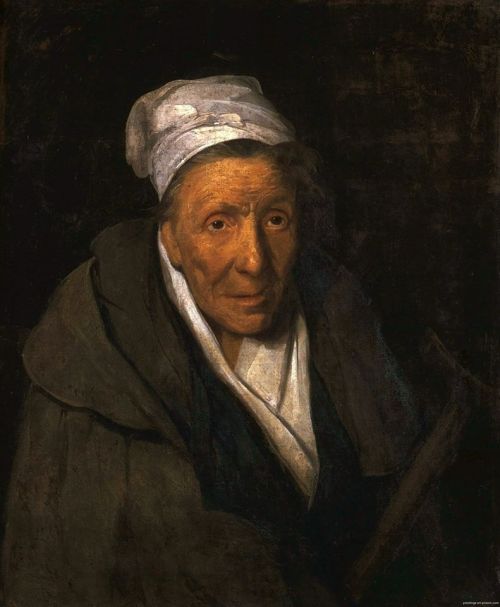 The Triumph of Wit Over Suffering

Head alone shows you in the prodigious act
Of digesting what centuries alone digest:
The mammoth, lumbering statuary of sorrow,
Indissoluble enough to riddle the guts
Of a whale with holes and holes, and bleed him white
Into salt seas.
Hercules had a simple time,
Rinsing those stables: a baby’s tears would do it.

But who’d volunteer to gulp the Laocoon,
The Dying Gaul and those innumerable pietas
Festering on the dim walls of Europe’s chapels,
Museums and sepulchers? You.

You
Who borrowed feathers for your feet, not lead,
Not nails, and a mirror to keep the snaky head
In safe perspective, could outface the gorgon-grimace
Of human agony: a look to numb
Limbs: not a basilisk-blink, nor a double whammy,
But all the accumulated last grunts, groans,
Cries and heroic couplets concluding the million
Enacted tragedies on these blood-soaked boards,
And every private twinge a hissing asp
To petrify your eyes, and every village
Catastrophe a writhing length of cobra,
And the decline of empires the thick coil of a vast
Anacnoda.

Imagine: the world
Fisted to a foetus head, ravined, seamed
With suffering from conception upwards, and there
You have it in hand.
Grit in the eye or a sore
Thumb can make anyone wince, but the whole globe
Expressive of grief turns gods, like kings, to rocks.

Those rocks, cleft and worn, themselves then grow
Ponderous and extend despair on earth’s
Dark face.

So might rigor mortis come to stiffen
All creation, were it not for a bigger belly
Still than swallows joy.

You enter now,
Armed with feathers to tickle as well as fly,
And a fun-house mirror that turns the tragic muse
To the beheaded head of a sullen doll, one braid,
A bedraggled snake, hanging limp as the absurd mouth
Hangs in its lugubious pout.
Where are
The classic limbs of stubborn Antigone?
The red, royal robes of Phedre? The tear-dazzled
Sorrows of Malfi’s gentle duchess?
Gone
In the deep convulsion gripping your face, muscles
And sinews bunched, victorious, as the cosmic
Laugh does away with the unstitching, plaguey wounds
Of an eternal sufferer.

To you
Perseus, the palm, and may you poise
And repoise until time stop, the celestial balance
Which weighs our madness with our sanity.

Following the controversy surrounding his The Raft of the Medusa, Gericault fell into a depression. In return for help by psychiatrist Etienne-Jean Georget, Gericault offered him a series of paintings of mental patients, in a time when the scientific world was curious about the minds of the mentally insane. 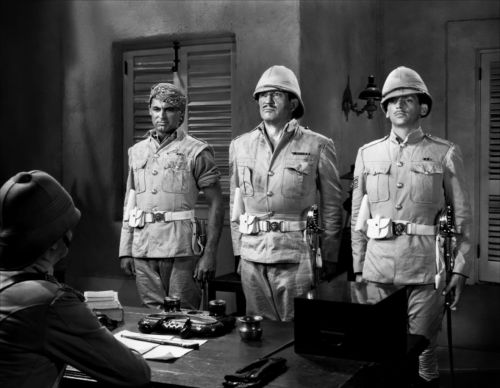 The NCO is the backbone of the Army.

The 1939 movie, “Gunga Din” is an entertainment classic - the “Raiders of the Lost Ark” of its time. Starring Cary Grant, Douglas Fairbanks Jr., and Victor McLauglin as three British sergeants serving Queen and Country in India, the movie is loosely based on a poem written by Rudyard Kipling, a man who wrote a lot about men of action - especially sergeants.

Kipling was the man who coined one phrase familiar to every soldier: “The NCO is the backbone of the Army.”

Kipling first said it in 1895, in a poem called “The ‘Eathen.” The poem, written in a Cockney accent, contains 19 stanzas. The famous phrase about noncommissioned officers comes at the end of stanza 18:

The poem is really a ballad, or story, which emphasizes that discipline and leadership are the keys to military success. The story starts with a description of the hassle endured by trainees.

As the trainees see it:

“The cruel-tyrant-sergeants they watch 'im 'arf a year;”

But then the tale turns to discuss how sergeants care for their men:

Speaking of the bravery of all soldiers:

An’ now the ugly bullets come peckin’ through the dust,
An’ no one wants to face 'em, but every beggar must;
So, like a man in irons, which isn’t glad to go,
They moves 'em off by companies uncommon stiff an’ slow.
Of all 'is five years’ schoolin’ they don’t remember much
Excep’ the not retreatin’, the step an’ keepin’ touch.
It looks like teachin’ wasted when they duck an’ spread an’ 'op.
But if 'e 'adn’t learned 'em they’d be all about the shop.

The poem ends in a refrain which admonishes:

Keep away from dirtiness - keep away from mess,
Don’t get into doin’ things rather-more-or-less!
Let’s ha’ done with aby-nay, kul, and hawr-ho; [Don’t put things off]
Mind you keep your rifle an’ yourself jus’ so!

One reason Kipling was such a popular writer, and the reason his stories have become motion picture hits, is that he was a great story teller. But beyond that, his stories focused on people who lived by values he thought were important: values such as courage, candour and commitment to duty.

kiplingrudyard kiplingquotebritish armyNCOspoemliteratureartsculturefilmsocietygunga dinvictorianbritainenglandarmysourcemilitarywar
27 notes
Loading...Show more notes
Reblog
I crept down the hall on my tiptoes
Praying to God that my footsteps wouldn’t
Be louder than the sound of the door opening
It was my first time and I was more
Than happy to let you talk me out of my comfort zone.
And I waited until I saw you at the end of my driveway
Before even putting my hand on the doorknob
I push open the door and squeeze through the crack,
Sprinting down my driveway to throw myself in your arms
Holding you tight and leaning back to see just what
The Corps had done to you.
My smile widened at your tight haircut and the way
Your muscular arms fit snugly under the fabric of your shirt.
“So?” You asked, holding your arms out, waiting for my opinion
On your new appearance. “How do I look?”
I raised my eyebrows high and the wickedest of smiles
Fell on the hairpin curves of my lips.

A while ago I reached my goal of 50/50 poems written (and right now I’m actually at 53!) for my manuscript. Due to recommendations, it was going to originally be centered around love/military/relationships, but it has branched a bit beyond that. I’m not sure yet if I will stick with that center theme or not yet, but I am FINALLY en route to editing and revising them. I have 3 friends who are willing to sit down and critique with me and help me become a better writer, reader, and editor. So once I really crack down on editing and revising, I will have a much better idea of what the focus will be.

This is huge for me. I have always been extremely self-conscious about my writing. They say you’re your own worst critic, right? When I was in school and read in front of people at the student reading my stomach was in my throat and it felt like my insides were exploding, I was so nervous. And I’m incredibly nervous about this. These people have read my work before and helped, but sitting down as a group and really discussing it all is going to be both nerve-racking and relieving for me.

I guess the point is I’m just really excited that I’ve finally forced myself to suck it up and take a (big) step forward. c:

Being a poet is such a quiet thing. You can’t spot a poet in a crowd
It’s not something we wear on the outside. I guess that’s why poets love to explore the inside because that’s where the truth is. That’s where the secrets are.

If you saw me in ACUs and tactical gear, you’d think that I defined myself by the way I cursed. Or the way I held my weapon. Or the way I went about land nav.

Being a poet is such a quiet thing.