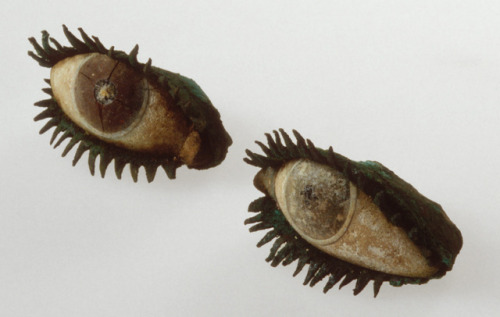 I realized while editing class spells for my class compendium that I never made any homebrew spells for the bard. None. Not one. So I decided I should do that and add it to the master posts and whatnot. So here they are, fresh out of the oven. Some are simply converted 3e spells but it was just such a shame they didn’t exist in 5e I statted them anyway.

A musical instrument you touch animates and plays music on its own. While you are within 30 ft. of the instrument, you can use a bonus action to mentally command it to start or stop playing and you determine what sort of music it plays. You can also have the instrument start or stop playing if a condition is met, but only one such condition at a time. For instance, you can command an animated horn to blare when a creature comes within 30 ft. of it.

Your eye glints with magical insight for the duration. You can use your action to instantly discern the monetary value of any object you look at. You do not learn its properties or whether or not it is magical.

Blare of the Archon

You create a short-lived glowing magical horn which you blow to unleash a deafening blast. All creatures in a 60 ft. cone in a direction you choose emanating from the horn must make a CON saving throw. Each creature that fails their save takes 8d6 thunder damage, is pushed 10 ft. away from you, knocked prone, and becomes deafened for 1d4 rounds. Creatures that succeed at their saving throw take half damage and are not pushed or knocked prone. 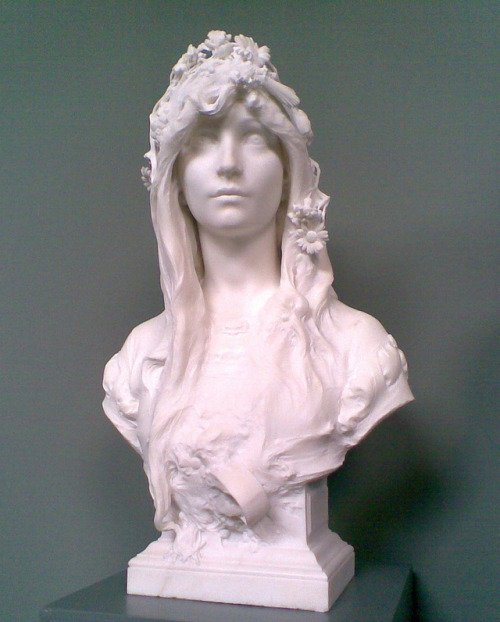 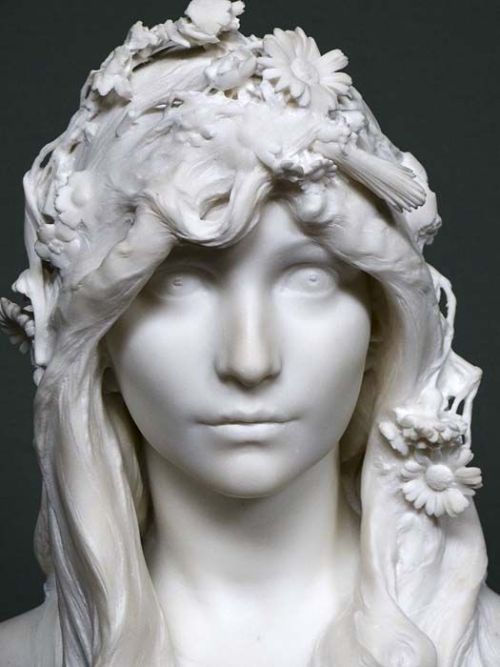 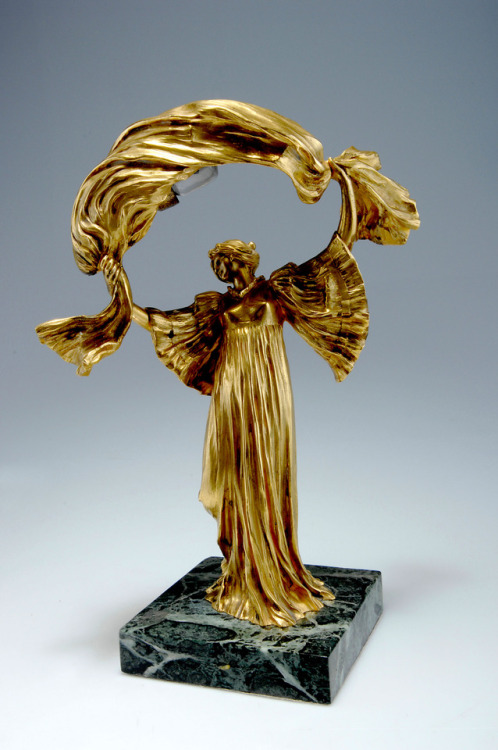 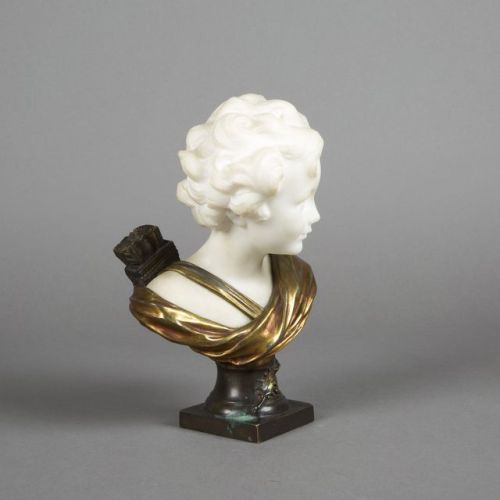 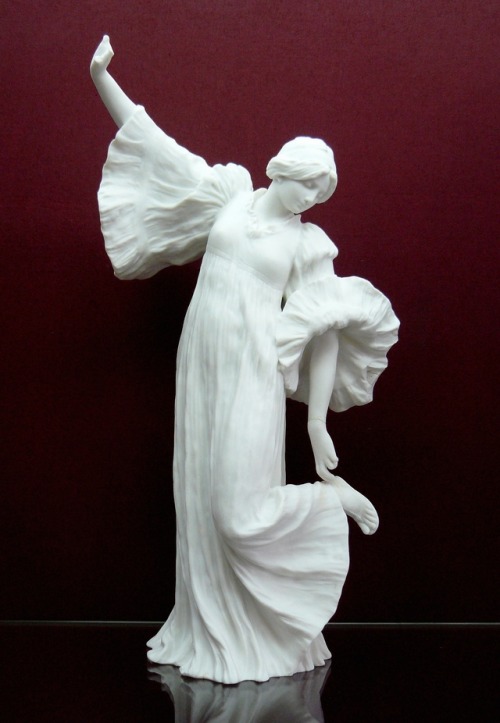 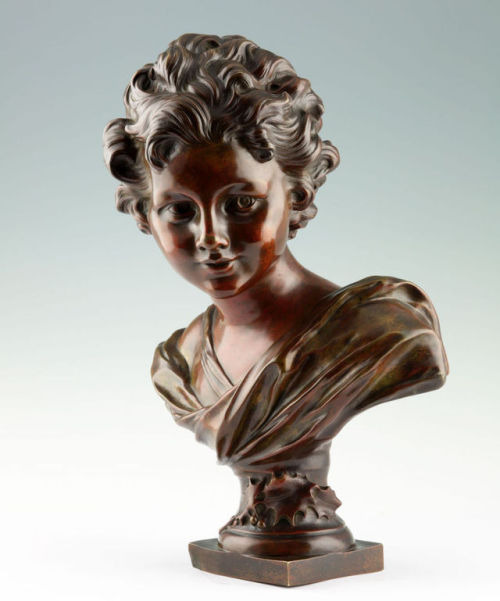 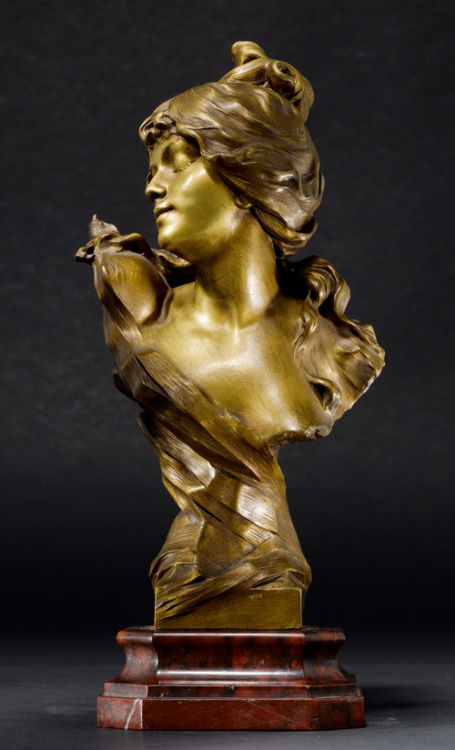 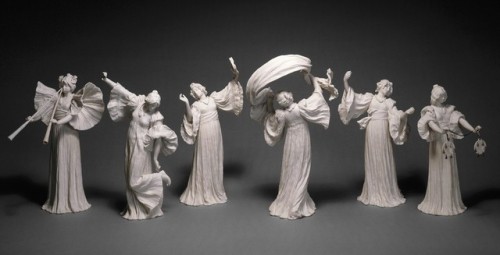 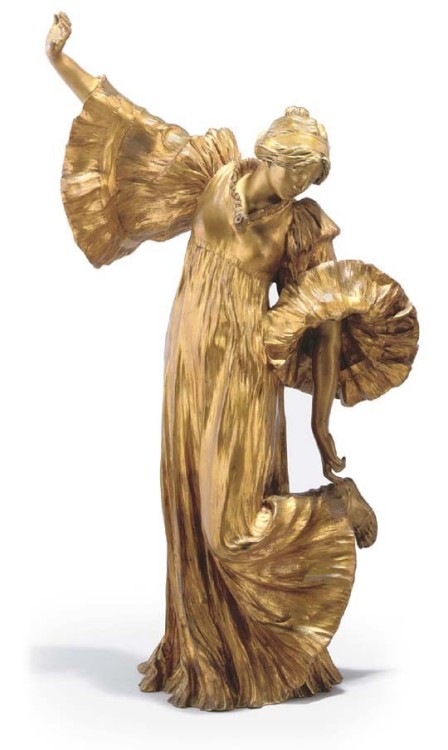 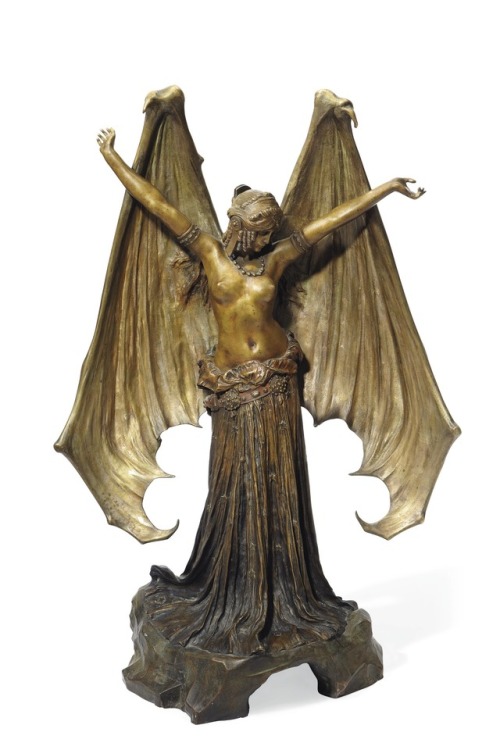 Head of an Amazon

From the Horti Maecenatiani near the Auditorium, 1874.

Two scary finds online near me. One made of marble, the other bronze $100 each. I have no idea what they are. 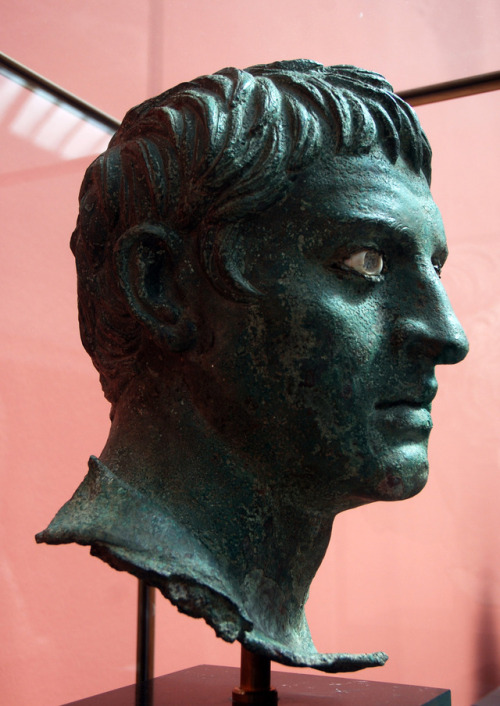 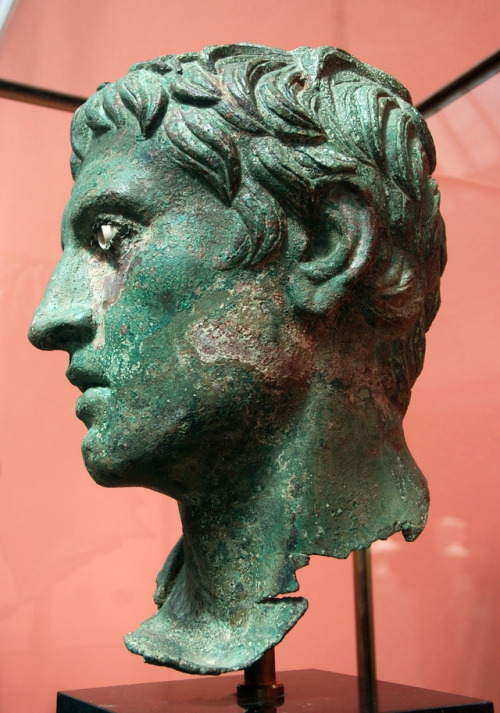 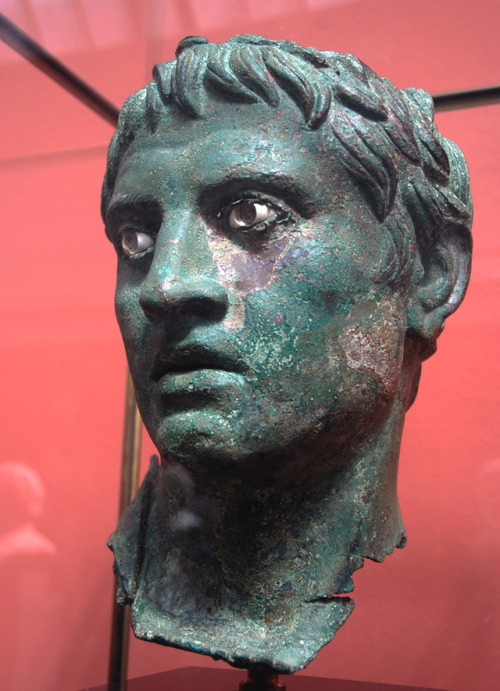 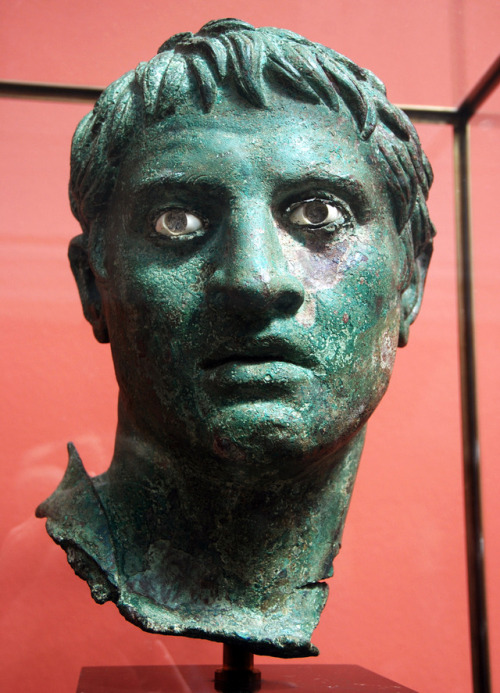 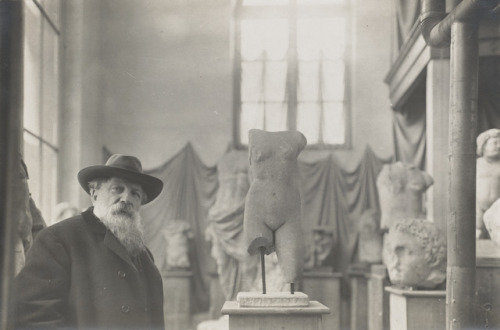 In 1893 Rodin began to collect Egyptian, Greek, and Roman antiquities, eventually accumulating over six thousand marble and bronze fragments, as well as vessels and other figurines in terracotta or stone. The Brooklyn Museum’s own Torso of Aphrodite and Torso of a Boy, which are included in Rodin: The Body in Bronze, are very similar to the kinds of ancient fragments he favored.

Rodin saw a precedent for his own exploration of the evocative human form in the lifelike modeling of ancient Greek sculptors and was particularly inspired by fragmentary sculptures he sketched at the Louvre, like the Venus de Milo or the Winged Victory of Samothrace. To him, such works were powerfully expressive and self-sufficient, even in their partial state. Rodin’s own numerous headless, armless figures, sometimes roughly modeled and retaining the marks and accidents inherent to the sculpting and casting process, challenged prevailing sculptural standards and were often criticized as “unfinished.” But he considered them complete, independent works of art, believing that a part could convey the emotive essence of a larger whole.

This radical reassessment of the meaning and form of sculpture, based in his study of antiquity, is fundamental to Rodin’s legacy as the first modern sculptor. 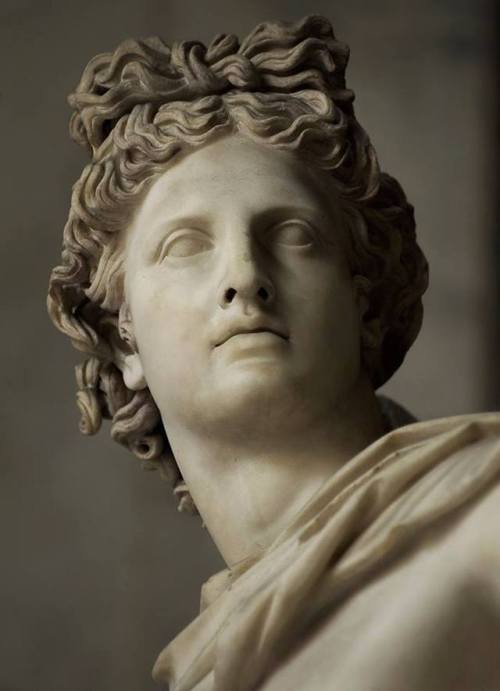 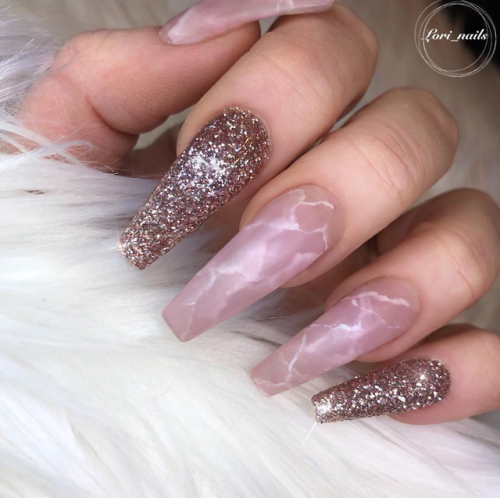 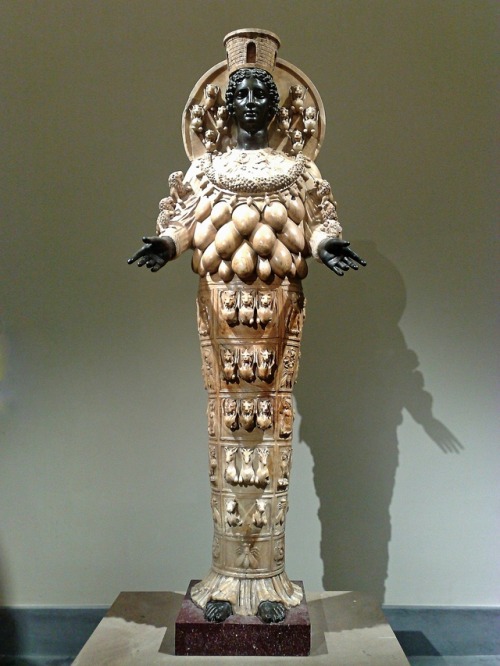 Statue of Artemis of Ephesus. Roman copy of the original of the second century BC. marble and bronze.  National Archaeological Museum. Naples. http://hadrian6.tumblr.com 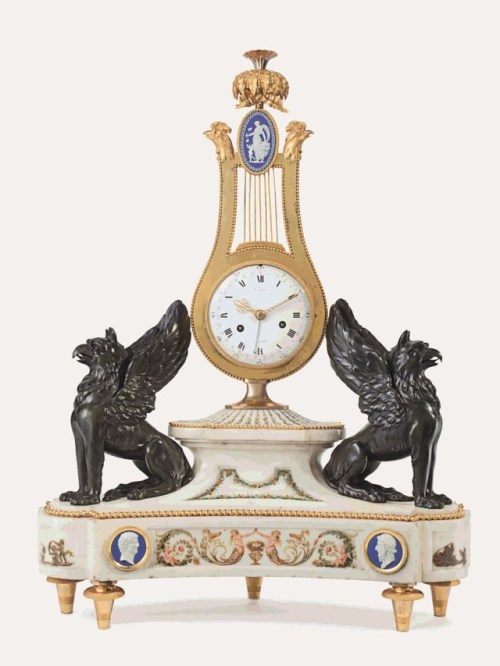 The clock was acquired around 1786 by Archduchess Marie-Christine of Habsburg, sister of Marie-Antoinette, and her husband, Prince Albert. 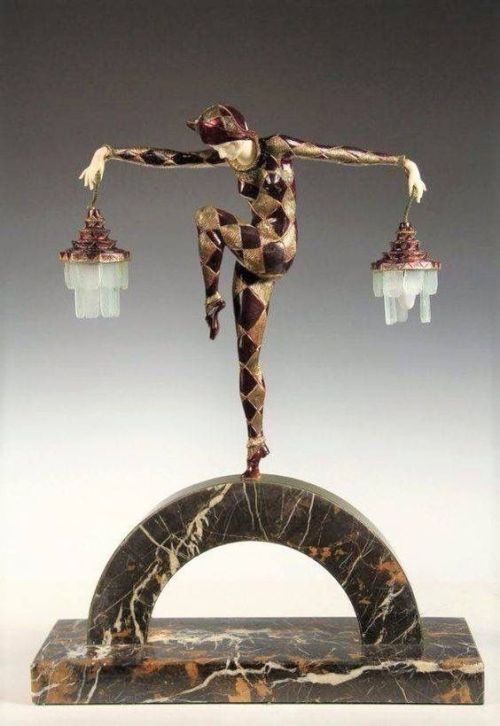 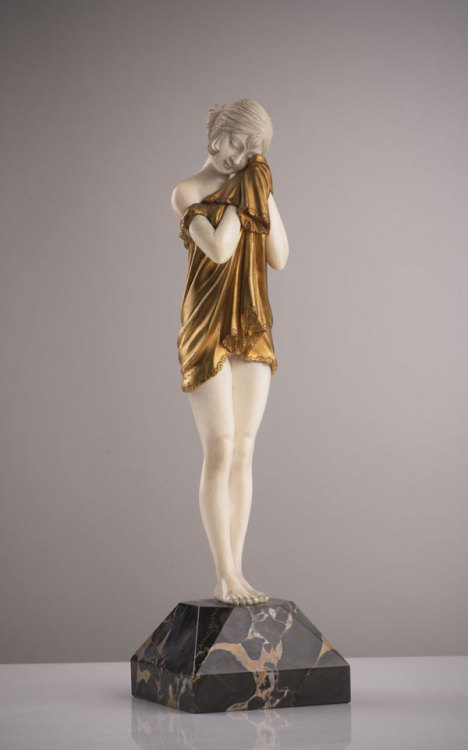 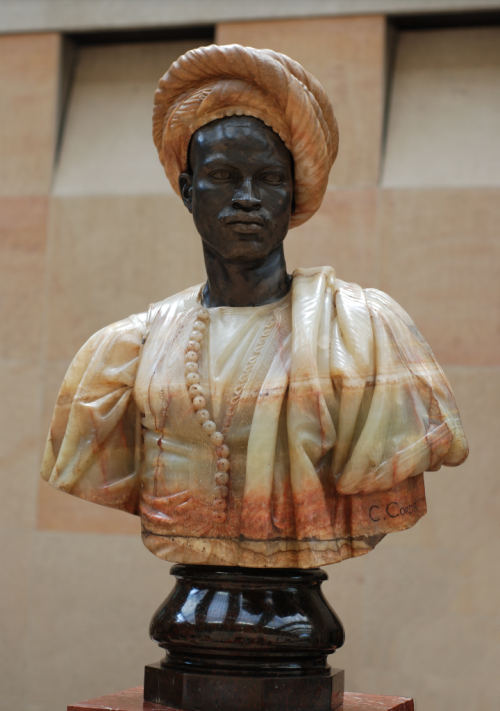 This was one of Cordier’s first polychrome works; the face is made of bronze and the mantle and turban of onyx marble from Algeria. Onyx marble characteristically ranges in colour from red to white, with stripes running through the blocks of stone, Cordier used these features to render the colorful effect of patterned fabric. The metal surface of the sculpture was initially silvered, then oxidised, which blackened it. Such use of color was a novelty at the time when people were accustomed to seeing white marble or bronze sculptures.

Nothing is known of the model who posed for Cordier except that he played the tam-tam in the festivities of Alger’s Muslim community before Ramadan. In an admiring, respectful manner, Cordier managed to render his natural nobility, which prompted comparisons with Roman emperors. 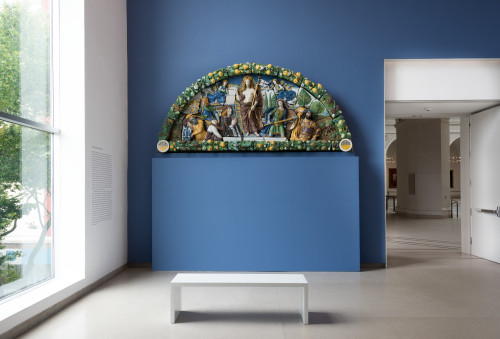 Join us as we take a closer look at Giovanni della Robbia’s Resurrection of Christ (ca. 1520–25). Tag along for this virtual tour created by Lisa Small, Senior Curator, European Art.

The sculpture envisions Jesus emerging from his tomb offering salvation to the faithful. Heralded by two angels, in one hand he holds the red-cross banner representing his triumph over death and with the other makes a gesture of benediction. A lush garland of plants, flowers, and animals frames the miraculous event.

This large relief sculpture is made up of forty-six separate pieces of molded terracotta. After being fired in a kiln, each section was painted with the della Robbia workshop’s proprietary glazes, and then fired again, a technique that yielded a colorful and durable form of sculpture perfectly suited to architectural ornamentation.

The lunette, or arched shape, suggests that this work would have hung over a doorway.

Like many Renaissance artists, della Robbia was inspired by ancient Greek and Roman art. In this work, he unites classical forms with Christian symbols.

The arrangement of figures within the compressed space of the relief shows della Robbia’s familiarity with the crowded compositions carved on ancient Roman sarcophagi like this one from the Met.

The twisted poses and emotional faces of these two soldiers echo those of the Laocoön group, an ancient sculpture unearthed in Rome in 1506 that soon became one of the most famous ancient works known in the Renaissance.

Laocoön and his sons. Roman copy in marble after a Hellenistic bronze original from ca. 200 BC., 1506, The Vatican Museums, Rome.

Della Robbia’s workshop couldn’t develop a stable glaze for red, which was the intended color of Christ’s robe and His blood. Those sections had to be covered in red paint, which has since worn off, leaving those areas looking brown.

The hallmark leafy garland of the della Robbia workshop was also a common motif in the ancient world. It signified honor and commemoration, as well as glory and abundance.

Artist James Tissot depicted a typical ancient garland design in this sketch from the Brooklyn Museum collection of a Roman sculptural fragment he saw in 1886-1889 while traveling near Jerusalem.

The flora and fauna throughout the relief reflect the interest in the natural world that emerged during the Renaissance. These plants and animals would have been understood at the time as having symbolic meanings connected with the themes of Resurrection and faith.

Evergreen leaves, gourds, salamanders, and snails were all emblematic of rebirth, renewal, and immortality.

Frogs could also serve as symbols of the Resurrection because they appear to be “reborn” seasonally when they emerge after hibernation in the spring. The crab is the zodiac sign for Cancer, but can also be a Resurrection symbol because it sheds its shell as it grows.

This vignette of an eagle killing a snake references Christ’s triumph over Satan.

Such animal symbolism was complex and often contradictory. Although squirrels were sometimes associated with evil, they could also be positive symbols of diligence.

Della Robbia or someone in his workshop must have been particularly interested in this small creature; conservation analysis has revealed what appears to be a small preparatory sketch of a squirrel scratched into the wet clay on one of the garland tiles.

A blooming fruit tree represents Paradise and the regeneration of the world through Christ’s sacrifice.

Grapes conjure abundance as well as the wine the disciples drank at Christ’s Passover seder (otherwise known as the Last Supper!).

In this work grapes probably also allude to this praying man. Who is he and how did he get a front row seat to the Resurrection?

He is likely Niccolò di Tomasso Antinori (1454–1520), whose family coat of arms appears in the lower corners of the relief. The Antinoris were wealthy merchants and winemakers, and they commissioned della Robbia to create this work for their estate and vineyard outside Florence.

As the patron, Niccolò could emphasize his own salvation by specifying that he be included in a position of devotion right next to the Risen Christ.

Della Robbia’s Resurrection remained at the Antinori estate until 1898, when the family sold it to A. Augustus Healy, the Brooklyn Museum’s first board president.

When he gave it to the museum the next year, The Brooklyn Daily Eagle proclaimed: “Every lover of Italian art will value … this treasure.”

It hung for years in the museum’s “Renaissance Hall” but by later in the twentieth century it had gone into storage.

In 2015 it was completely conserved at the Brooklyn Museum thanks to a grant from the same Antinori family that originally commissioned it 500 years ago! Now, della Robbia’s early sixteenth-century masterpiece looks better than ever!

Thanks for joining us! Tune in next Sunday for another virtual tour of our galleries! 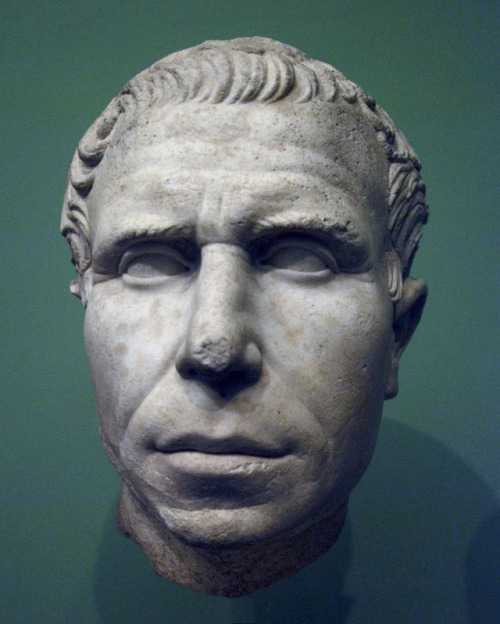 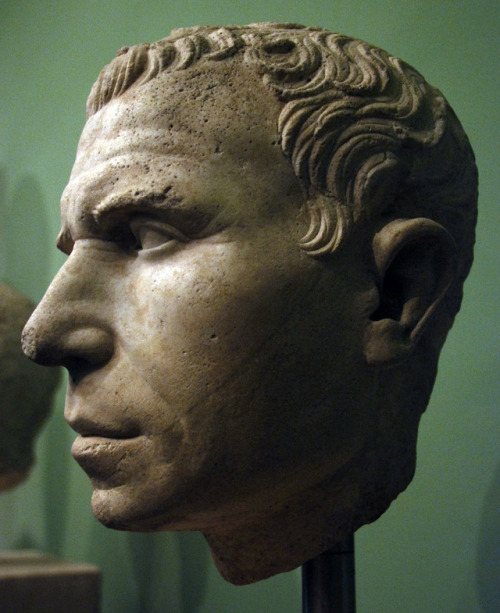 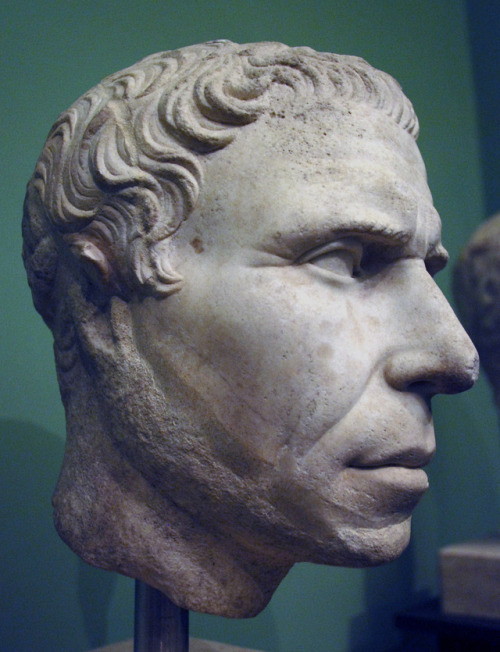 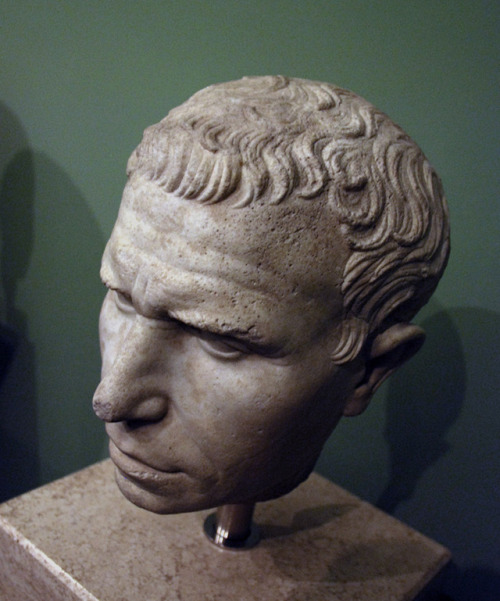 The threatment of hair and eyebrows suggests that the statue was made after a bronze original. 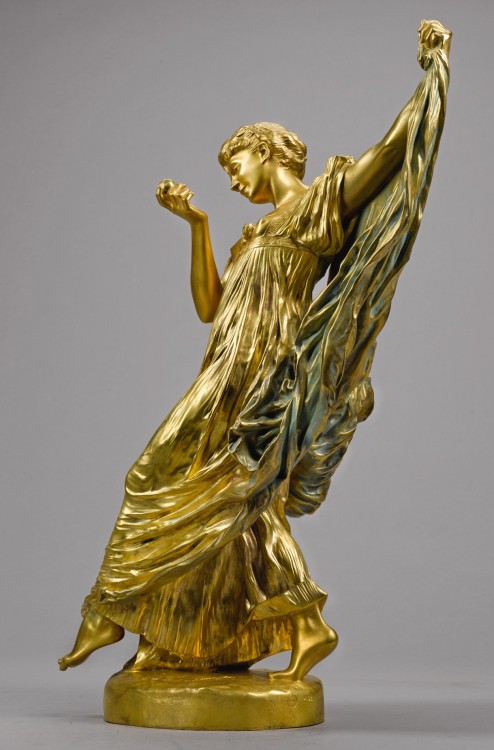 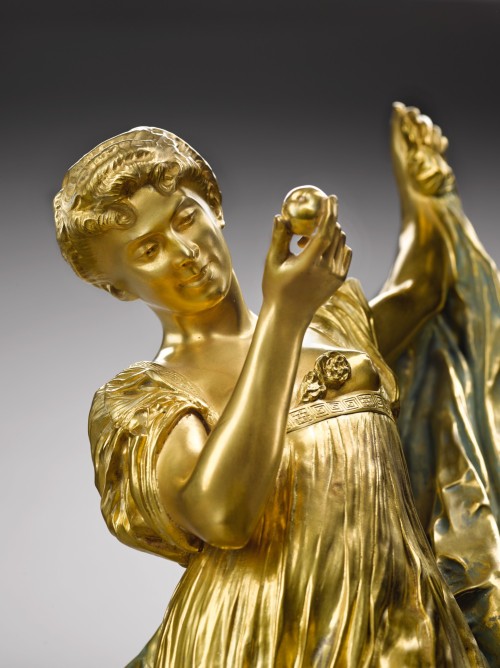 French, first exhibited in marble, ivory, and bronze version at the Salon of 1893