The low rumblings of music stirred you awake from sleep, stretching you limber out of bed in black sweat shorts and a green tee with the words ‘The Incident’ on it, a shirt you had bought from a young kid hustling dvds on some corner down in Harlem. Walking out into the living room of your apartment, you smiled at the shirtless man in front of you.

“Sorry to interrupt, but some people that like to sleep past 7am,” your fingers pressed pause on his cellphone.

Danny straightened himself up and gave you a small smile. “Didn’t mean to wake up, I was just centering my-”

“-Chi, I know Danny. I’m just messing with you. Listen, you keep doing your thing and I’ll make us some breakfast,” you strolled over to him and pressed a soft kiss on his lips. He grinned as you pulled away, his eyes peered into yours.

“You are special to me, you know that right?”

“I do,  but it’s good to keep reminding me everyday,” you smirked and patted his bare chest, fingers drag down to the black dragon brand on his chest. Knowing all he had gone through to obtain the power of the Iron Fist, you marveled at the brand then up to his blue eyes. “So, french toast okay?”

Danny smiled and pressed a warm kiss onto your forehead. “Sounds good.” 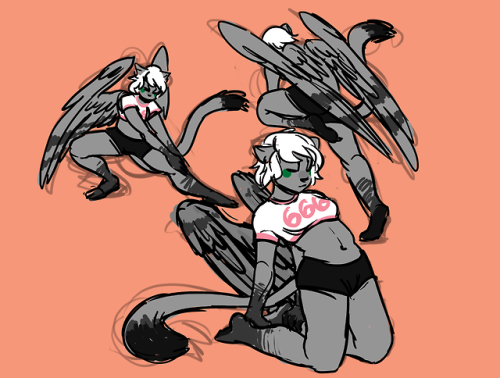 Now that you had worked your way up to the advanced contemporary class, you had to face your most trying challenge yet; Park Jimin. The man was infuriating, always picking on you, giving you so many reasons to hate him including one very, very humiliating nickname…

But when you have to dance with him one evening, the tension builds and builds and spills over. Perhaps you need to… reflect… on your behaviour?

A/N: Welcome to Jimin being a smug little shit and winding you up until you can’t tell if you wanna punch him or fuck him. We all know the damage that THAT stare can do…

You weren’t familiar with this building, and so – just as cliché as was to be expected in your life – you were late for your first advanced contemporary class. Wonderful.

These halls were so difficult to navigate. Your previous building was so much easier, but now that you’d transferred from the intermediate to the advanced class, you’d had to move on. Why on earth did your academy have to host all the advanced classes in a building across town from your regular studios? The inconvenience of the situation was aggravating, and now that you were late to your first lesson your mood was rather, shall we say, stormy.

A day with Baki

So be prepared to sweat, swear, scream, ache and cry as you go through the most brutal days of your life.

Upon waking it’s time to start the day with

This is to get you limber and stretch out any of sleeping aches you may have acquired during the night.

Now that’s done it’s time to get some breakfast and get yourself fueled for the day ahead.

It’s time to hit the gym

So now you have just killed yourself in the gym it’s time to chow down and refuel to get ready for the next part of Baki’s insane training.

Baki has had you training insane or maybe at this point we can call it insaiyan because I’m pretty sure this on Dragon Ball level now but none the less we shall crack on, it’s time to take so much needed rest and recovery time because this evening you will be once again joining Baki to finish off your day of training.

Ab circuits perform 5 sets of as many reps as possible.

Plank (hold as long as you can)

Warm down with some light jogging for 10 minutes.

With this workout any 5x5 should be done with really heavy weight but I exercise caution as this is an anime workout based on a fictional character and if you decide to follow this workout you do so at your own risk.

:) Don’t know why, but I had a half-baked idea of Raven in the kitchen in her underwear and it turned into this. Hope you enjoy!

The sun rays streamed in through a wispy sliver of cream-colored curtain. Damian blinked softly, drawing up his hand, peering through a gap in his fingers to shield still sleepy green eyes. He yawned, turning over onto a small impression in the sheets, the remnant left by a small figure he had been spooning. Damian fought off the start of a smile, thinking of their extended session last night. This one lasted almost three hours, before they collapsed into each other, overtaken by exhaustion, and fell asleep. But no matter her state of soreness, he could count on Raven to always wake before him.

Confirmation came in the form of a sharp kettle whistle carrying through the open loft. With a limber stretch to loosen up his languid muscles, he made his way to her.

In the kitchen, wearing his favorite work shirt, was Raven. Humming. Gliding. Her hips moving hypnotically to a beat known to her alone, she traipsed around the space. She shuffled along until, at last she located what she sought in a cabinet overhead. Pale feet arched up, reaching on tiptoes, in a way that could have been for show, but he knew it was because she was so petite.

All the same, Damian took immense pleasure in the view.

Tim: What exactly are you doing?

Tim: Why are you doing that?

Damian: So I won’t pull a muscle when I break your bones.

Lance is super flexible. Lying on his back, hands bound to the bottom of the headboard, ankles bound to the top. Ass presented perfectly for Keith to eat as much as he likes. And all Lance can do is sit there and take it. Keith will allow whimpers and begging - he's not a monster after all.

What a pleasant image!

Lance always makes sure to stretch properly before all this of course. The first time they did his he regretted it as soon as they finished. His body was so sore and he most definitely pulled something but that’s what you get when you’re all too eager to impress your new boyfriend. And Keith was definitely impressed, so much so that he wanted to see Lance like that again albeit properly prepared next time.

Oh but when he is stretched and limber—Keith likes nothing better than to be between those ass cheeks. Tongue teasing and sucking away at his fluttering asshole. Lance whining each time his tongue just barely presses past that ring of muscle. Keith likes teasing him so much that Lance’s cock starts dripping precome down his stomach, the sound of Lance’s whimpering noises as he begs for Keith to fuck him already.

Keith does fuck him. Eventually. But first he likes making Lance orgasm with just his tongue and then his fingers, trying to get Lance’s stiff dripping cock to spurt that come all the way to his face before finally taking his ass himself.

The evening was warm but the lightest breeze kissed the back of his neck. He bounced from foot to foot, bounding circles around an amused Ladybug.

When she smiled at him like that, he knew he’d made the right decision to come out tonight in spite of his own discomfort.

“Yep!” Chat stretched languorously, limbering up in preparation to sprint and leap onto the next roof over. “I was anxious to get out here. And once we finish with patrol, I can finally eat…”

“Wait.” Ladybug gaped at him, her yo-yo slipping in her grasp. “You didn’t eat before you got here?”

“Honestly, my Lady, I didn’t really get the time before I snuck out. Things…ran a little longer than I had expected, and I was anxious to be here.”

Her lips pressed into a thin line. “Alright. When did you eat?”

“I’m…not really sure.” He tilted his head, crouching down on the edge of the roof as he puzzled. His food was usually bland but nutritious, so while he did eat it wasn’t usually anything worth remembering.

His eyes scanned the horizon aimlessly. “Maybe around lunchtime?”

“Chat!” His eyes widened as she advanced on him. “That’s not okay. You need to eat. Patrol can wait. I can wait.”

He smiled softly, watching her grow agitated in fascination. Even in the dark, her eyes were the most amazing shade of blue. “If you need me here, I will be here, whether I get to eat first or not. Besides, my Kwami is almost always eating.”

She rounded at him, landing a finger on his chest. “That’s not the same thing. I need you to eat. I can’t imagine coming out here hungry.”

“But,” His cheeks warmed as he grinned, pointedly glancing at where her finger lingered upon his chest. “It’s too wait now.”

Ladybug grumbled, rolling her eyes. “Tomorrow then. I would rather patrol on my own if I can’t trust you not to run yourself ragged.”

He sighed, dropping himself down onto the brick ledge, claws pricking lightly into the stone. “I’d rather be out on patrol. I like to be out here with you, Bugaboo.”

Her eyes narrowed, as she crossed her arms over her chest, not budging even one inch. “ I need to know that you won’t be out here exhausted and hungry, especially when we never know when we might be needed.”

Chat met her gaze, wishing for the millionth time he could explain to her in more detail. “My schedule is…unusual. And it isn’t like we have a reliable way to talk before we’re transformed.”

Ladybug blanched, her eyes growing distant. He knew what keeping their identities safe meant to her, not that either of them had came up with a good idea for dealing with their inability to communicate outside of their transformations.

He knew the exact moment that her inspiration struck. He had seen in mid battle often enough. He knew he would never tire of the way her eyes lit up with the tiniest hint of mischief. The way her lips curled up in a self-satisfied smirk.

““Well.” Her fingers were at her yo-yo, spooling it into another direction before he was on his feet. “ If you can’t eat before, then we’ll eat on patrol.”

“I happen to know of a rather excellent bakery…”

Chat lifted his baton from its holder and leapt off the edge to catch up, reasonably sure he knew where they were headed. His stomach growled in anticipation. “I croissant wait, my lady.”

His grin widened as her annoyed groan rang out into the night.

Works will be collected on AO3 | Fanfiction.net

Started the day off right with my morning 5K. Felt pretty limber, all that stretching at bedtime and between meetings is really paying off. :) 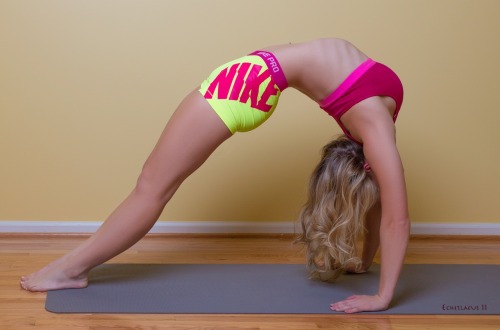 Hitting up the gym was part of a bi weekly routine to keep up his self acclaimed sexy body, having little problem with tossing a couple casual greetings to the other familiar faces he’d meet up with. Fit body, strong mind, what wasn’t there to love about him~? Girls often liked big muscles anyhow.

Laughing to himself, Joseph went ahead to get nice and limber with stretches for the better part of an hour before he got right to the meat of working out for strength today.