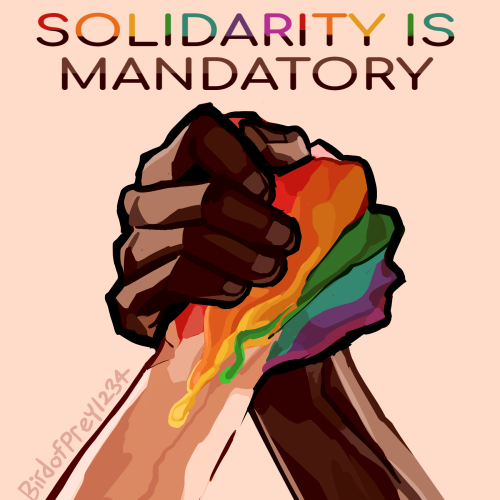 The first pride was a riot, more specifically a riot against police violence. Trans women of colour like Marsha P. Johnson paved the way for the celebration of pride today. You cannot celebrate your pride this month, or any month if you aren’t also supporting Black Lives Matter and the riots going on against police violence right now. Us white LGBTQ+ need to stand up for our black siblings and their rights, their struggles. We need to amplify their voices and show any support we can.Hey! Better yet, reblog this version:

List of 75 things white people can do right now

History isn’t something you look back at and say it was inevitable. It happens because people make decisions that are sometimes very impulsive and of the moment, but those moments are cumulative realities. — Marsha P. Johnson

Queens started being filed out and being put into police cars, and guns had been drawn. Molotov cocktails were flying. And I’m like, “Oh my God, the revolution is here. Thank God. You’ve been treating us like shit all these years? Uh uh. Now it’s our turn.” — Sylvia Rivera

 THE FIRST PRIDE WAS A RIOT. ✊🏿🏳️‍🌈 #BLACKTRANSLIVESMATTER

TStweet 01/06/20 : Happy Pride Month everyone! I’m especially grateful for all of the Black and Latinx trans women who fought and risked their lives, including during the Stonewall Riots, to get the community to where it is today. It helped spark the Gay Rights Movement. We owe them everything. 🏳️‍🌈 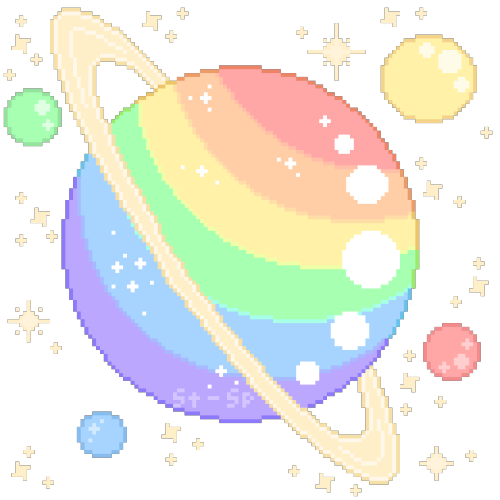 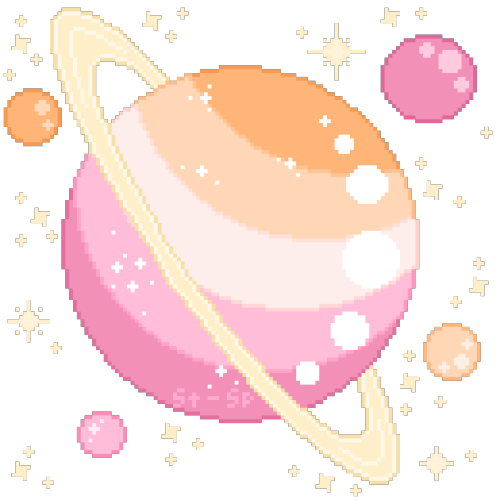 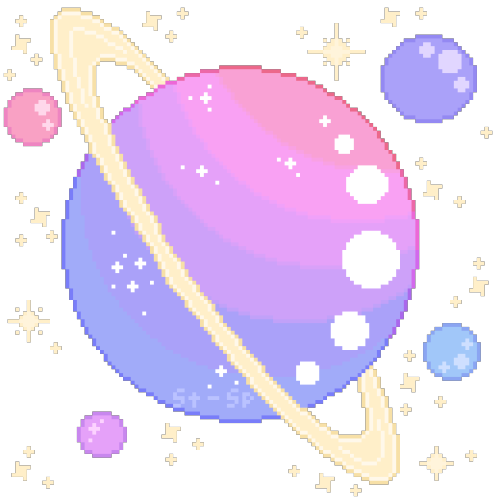 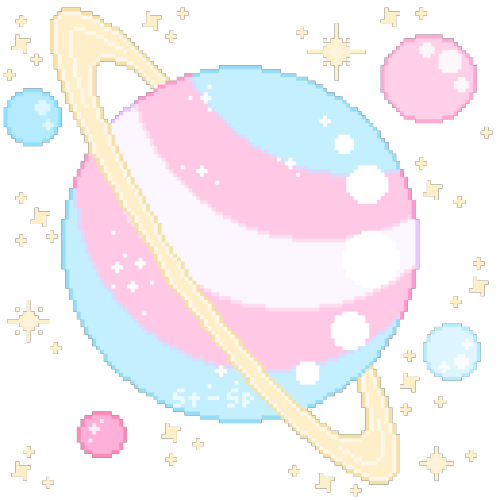 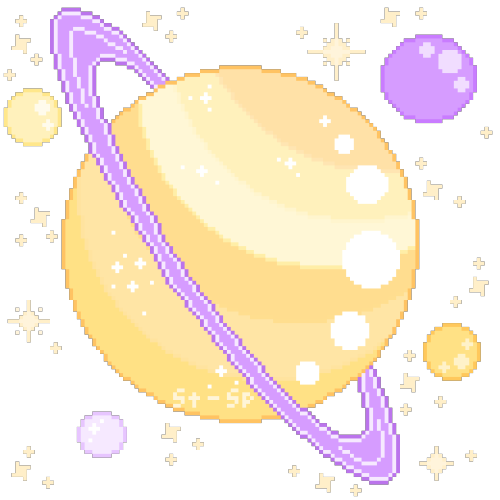 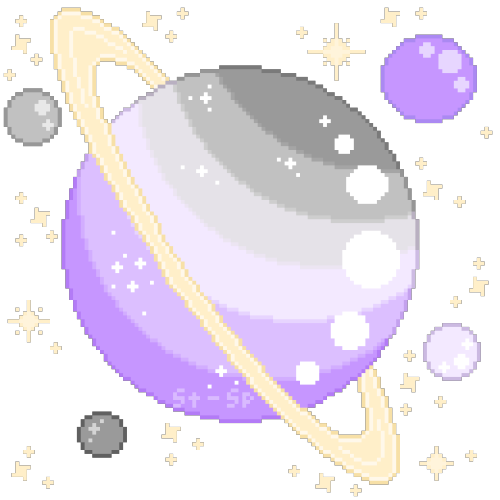 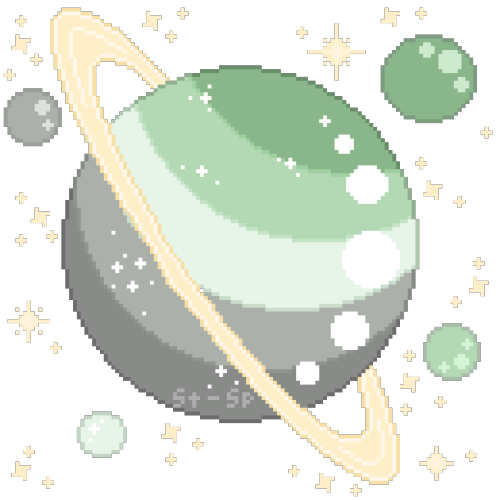 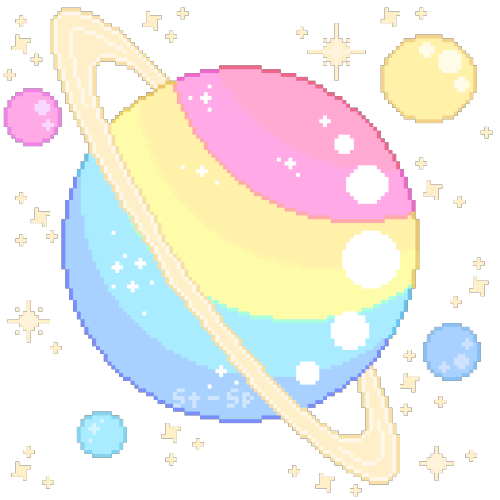 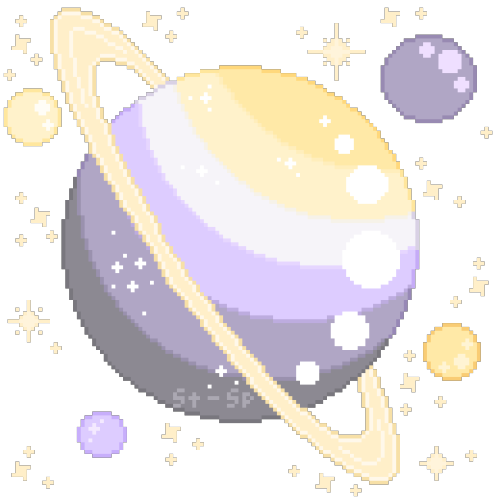 Transparent pixel planets for pride month! These make good icons. Use with credit and don’t delete my caption <3

Happy pride month ~ 💙💜💖❤💛💚 and my first piece for #pridepaint! Kiribaku off course!

(I allow reposts to IG with CREDIT @ me on Instagram “Mariliya” )

My first finished animation. Since it’s pride month why not start it with them?

- NOT use the q slur to refer to the whole community because even if you personally wanna reclaim it, many people still feel traumatized by it. please say lgbt or lgbtq+ if you must

- NOT reblog pride posts that don’t include the lesbian flag. we have our own flag, it’s 2020, there is no excuse for lesbophobia

- NOT reblog “pride calendars”. there is no specific date for any gender or sexuality, pride month is for all of us

- acknowledge that the stonewall rebellion was about police brutality and unjust laws against lgbt people, especially trans women, ESPECIALLY trans woc. not about marriage equality. tell people about marsha p. johnson, sylvia rivera, and storme delarverie! do not let their histories (and others) be forgotten.

have a safe and hopeful pride month <3

Pride Month doesn’t mean the Black Lives Matter movement is over! it means an EXTRA fuck you to cops 🏳️‍🌈✊🏽✊🏾✊🏿 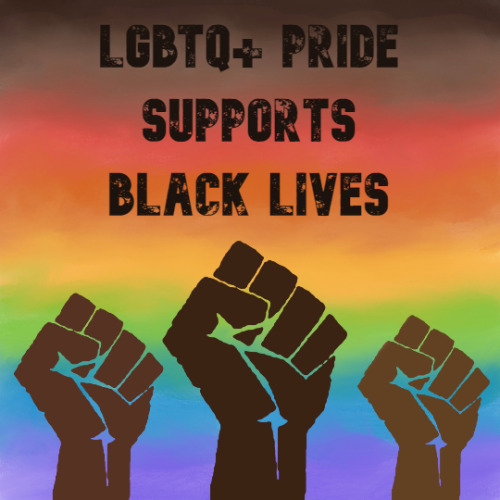 The first pride was a riot against police brutality. Don’t forget it. 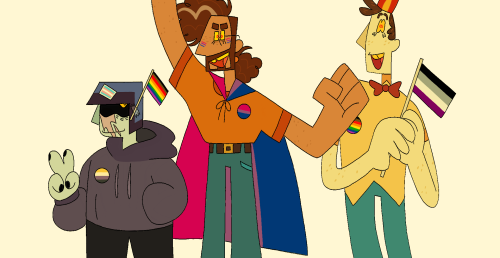 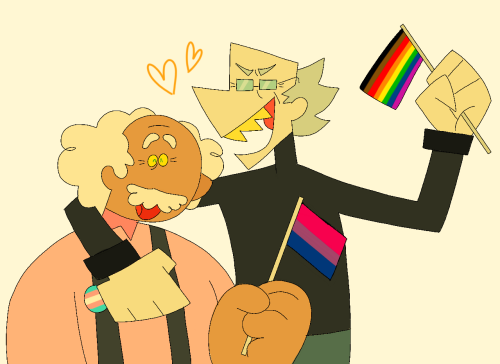 god, the pride/stonewall discourse is already starting. what’s incredibly frustrating is that there is misinformation being spread on both sides because the internet (and especially places like tumblr/twitter) have no sense of nuance. but multiple things can be true, y’all! and it’s especially important not to let TERFs appear to be the voices of reason who are sharing “the full picture.” the full picture is nuanced!

it’s important to note that there are MANY different accounts of what happened during the stonewall uprising. this makes sense. you’re talking about witness accounts from (likely drunk) people at a bar during an adrenalized, violent, chaotic event. of course people have different memories of what happened.

to the best of what we know, marsha p. johnson did not “throw the first brick.” she was at the stonewall inn the first night of the riots, but arrived there a few hours after they began (and honestly, if you think her contribution to the riots is less because she got there 2 hours later, you’re probably a TERF). marsha reported the timeline of this night repeatedly and as far as i can tell, never claimed to have been there when it started. the fact that some witnesses remember her being there from the start just goes to show what a prominent figure she was in her community and how important her presence was during the riots.

sylvia rivera may or may not have been present any night of the riots. however, her activism and overall contribution to the movement, as well as marsha’s, cannot be understated. they were champions for homeless trans youth. they made sure the LGBT movement never dropped off the T and got away with it. they pushed back against assimilationist LGB gatekeepers at every turn and they should be remembered and honored for that and more.

by multiple accounts including her own, stormé delarverie was the first one to start fighting with police that set off the events that followed. she yelled to the crowd, “why don’t y’all do something?” as she was being thrown, bleeding, into the back of a police van. she was also a gender nonconforming black woman, a lesbian, and a drag king. after stonewall, she was known to check in at lesbian bars and put a stop to any harassment or bullying she saw. she also regularly put on benefits for women and children’s shelters. she deserves to be remembered for the protector and powerful activist that she was.

the language for transgender people that we have today didn’t always exist, so we don’t really know how marsha or sylvia would identify today. we know they were gender nonconforming. we know they were queens. sylvia, based on her own statements, seems to have been gender fluid, adopting many gender identities over the course of her lifetime, sometimes simultaneously, and never seeing these identities as contradictions of each other. marsha, sylvia and stormé were gender nonconforming people of color, highly active in the LGBT+ community, and their contributions to the movement and their community cannot and should not be ignored.

who threw the actual, literal first punch is honestly besides the point. these people were critical to the spirit of the riots and the activism that followed. we can hold all these truths and honor these heroes as they deserve to be honored.

happy june. black lives matter. any TERF bullshit on this post will be deleted immediately. 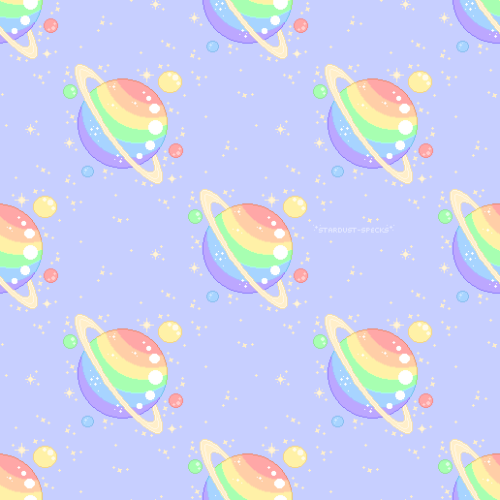 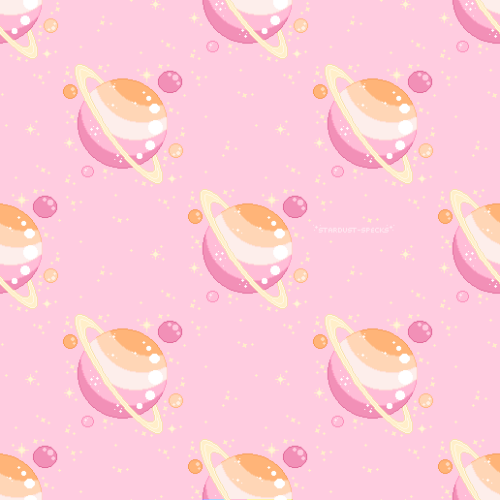 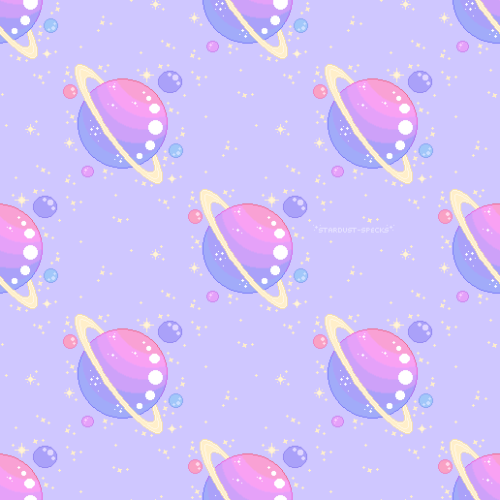 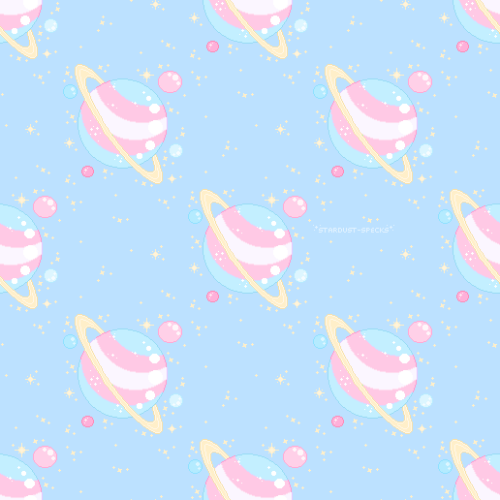 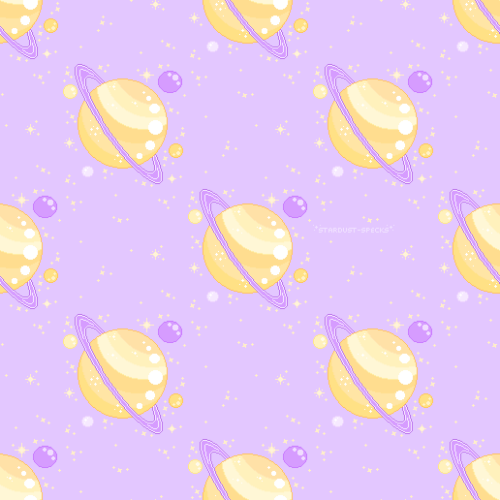 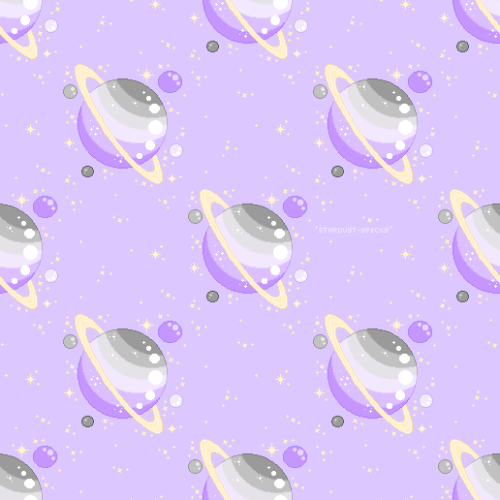 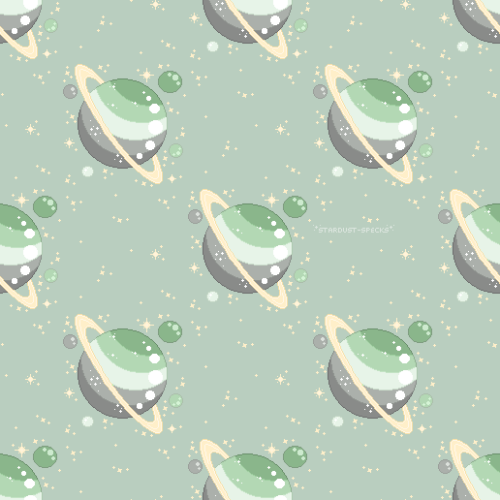 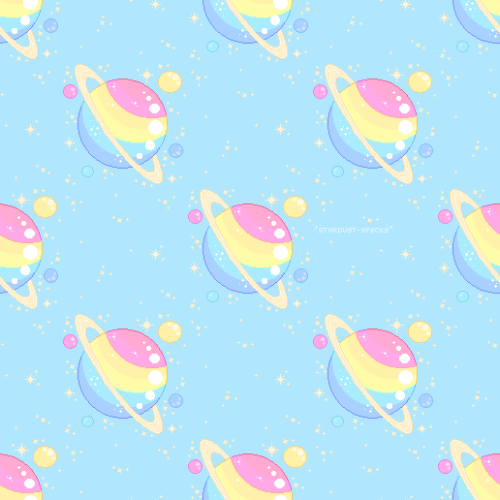 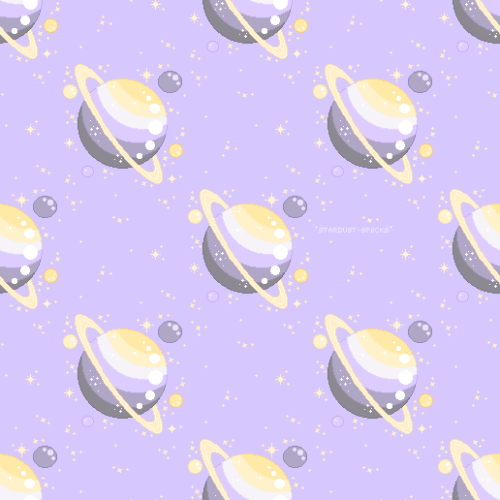 Seamless repeating background of my pride planets! Use with credit; don’t delete my caption <3
Redbubble - Society6

A special David and Patrick illustration for Pride Month 🌈

I only heard about this right now, so please signal boost this!! Apparently, the Philippine government doesn’t look at petitions, so if you have time, please consider emailing. Details in the pics:

But also just a reminder, we haven’t forgotten BLM and Pride, we’re unfortunately just adding onto this. We will always be here to support, hopefully, you also will. Be careful, and stay safe!

I am once again asking you to vote for this man