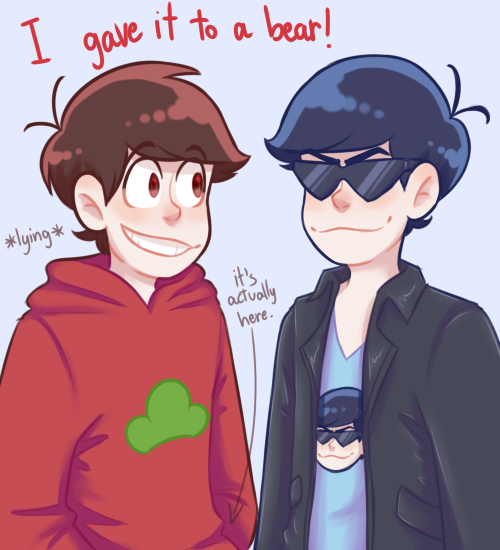 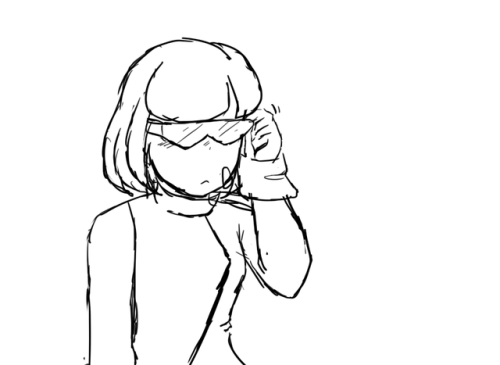 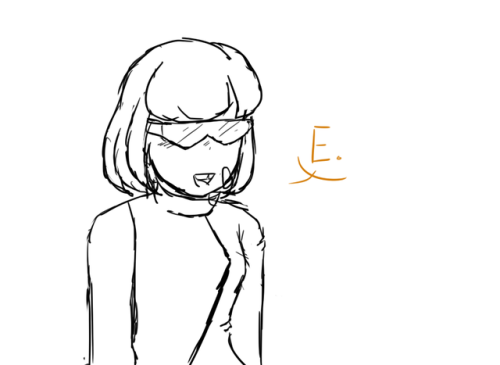 My dream has been realized. 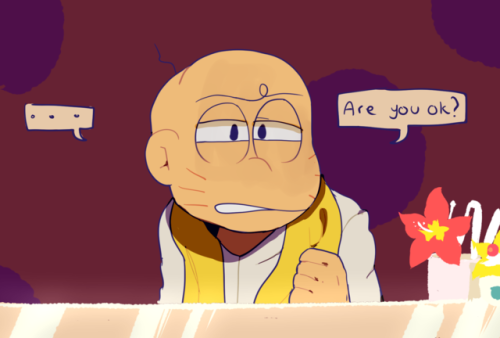 “You hit your head or somethin’?” 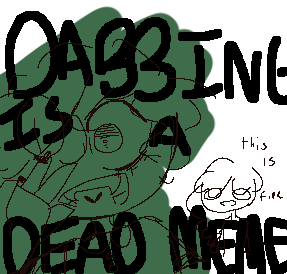 karamemetsutreenot askvideoHEYYY FIRST VIDEO LMAOOOim so happy to be back lmaono no this shit didn't take me a month to makejust procrastinationbut yeahdid i already say happy 2018??????XDDDDDprobably notanwaysthank yall for still being here i guesshope ill stay alive for a bit hehehalso it was supposed to be funny in my mind but now i find it terrifying
21 notes
Loading...Show more notes
Reblog 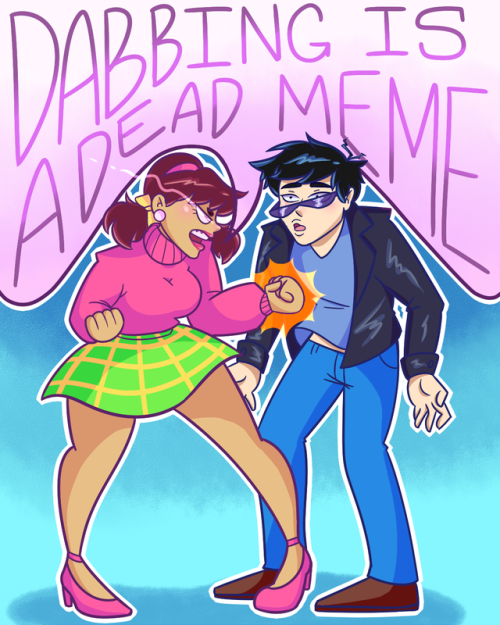 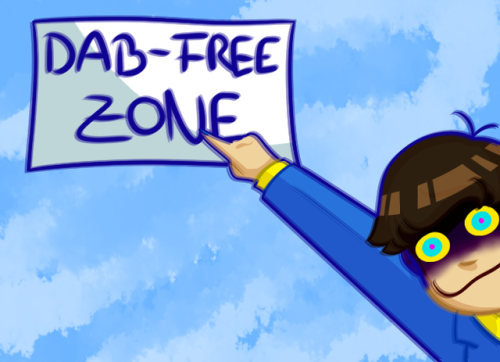 Heh….dabbing is a dead meme…

OOOOOH NONNN IM DYING!!!! PLEASE HALPPPP ME! THIS MONSTER CAN ONLY BE DEFEATED BY A DAB-LASERRR!!! PLEASE DAB TO SAVE THE WORLD!!!

I have no idea what the fuck is going on with tumblr recently but it has something to do with tiddies so one man titty a day to keep the tumblr ban away????

One day there is huge incident in Hetalia world, it is like alien invasion but the the alien is replaced with matsunos with abrupt quantity of hesokuri wars sets of Matsuno family that want to conquer the earth.

The world ahold a meeting and make agreement about to use everything in order to avoid all of them have same faces which means identity mixed up and have hard time to regain identity.

“Beside! We don’t want to have noppera incident happen again!” Italy waved his hand and smiled.

Aph England stood up then called all of his eyebrows brothers to make good combos attack with their ~curses~.

Germany sighed and tell further plan, it is the NA bros twins and Italian triplets(Romano, Italy and Seborga!) must be evacuated because those twins sets are a bit fragile to fight against sextuplets (yea i make twin joke right there). Who knows if they will gladly embraced the sextuplets anyway.

Italy shook head and feeling scared of economy collaps due too much neets in this world, he wanted to fight. “Germany…I want to fight with you!”

Germany shook head and ruffled his hair, “they are too dangerous”. Italy hugged him and let go while hoping for the best.

Aph England, Australia, Scotland, Wales, Ireland, Northern Ireland kinda make emergency team to protect some land from Karamatsu aka the thick eyebrows brother. So their fight is an intense fight between eyebrows dudes. “Excuse! It is because I want to protect myself. ~England~ we are brothers but I will kick your ass later” Scotland pouted and arrowed enemies. England sighed, “alright” he casted curses everywhere. Karamatsu squads who is already immune to death because he got killed a lot in season 1 just ressurected himself lots of time and fight back.

“No way” Australia whom came from nowhere backed off. “Big brother England~ Can I hit them? I bring sheeps~” New zealand smiled and run with so much sheeps. “Guh! That cat-mouth! A bit remind me of Todomatsu!” Spy Karamatsu retreated because he just remember he got burned by todomatsu. New Zealand sighed and shook head, “who is Todomatsu”

“No! I want to fight!” America yelled to England, “Idiot!! What about Canada?” England frowned and felt a bit worried, he held America’s shoulder and looked straight to his eyes. “I am the hero! I trust him to protect himself” He whined and took out big ass gun from his pocket from Hetalia fantasia game. Everyone stunned and confused at him. “It is Anime! We can do what we want!” He pouted and waved his gun.

“Yo! I am okay mm yeah?? England I am here dude!” Canada wear all flashy outfit with his flag on and styled his hair like America. “Don’t forget power of twin look alike!”

“Idiot!! Don’t make joke like that now!!” England nearly fainted if India did not sneaked in and shoved his mouth with herbs then gone like a ninja. “Namaste and goodbye!” He danced his way out.

Greece and Estonia come with hot cats and distract half of Ichimatsu troops. His mochis was too fluffy to be avoided and too weird to be unseen, it bring some guard down from the opposition team.

Now move to Asia, China took Panda!oso and give the most intense scold to Chinese New year Matsunos set about manners and how increasing NEETS population will destroy nation economy a bit. They feel guilty and go back home.

Panda!oso whined and insisted to stay, “Why I should leave with them, altho they left me alone and I have to turned my back away to avoid my pain when they leave me? My otaku idol brother leave me first” He teared up and held China’s hand and somewhat loosened a bit, they are big brother with red color of fate. China got a bit sad and remembered about Japan leave him and grow into closet otaku that suggest England to satisfied himself with 2D girls.

“I know. It is sad..” China replied and carried him on his back like how he carried his panda. “Look. A big moon.”

Oso remembered the big moon when he saw it alone with nobody else and sulked slightly, China remember his memories about Japan under big beautiful moon and just sighed and smile.

China will take care of him for a while. Atleast until he is willing to leave. Everyone eventually leave, That is the way it should be.

In high class casino, Macau and Monaco teamed up together to have intense fight in casinos against Matsunos Casino Set with their unique skills.

“Weak!” Monaco chuckled and beat them with jackpots together with Macau. They looked stunningly well together. Queen and King of Casinos. Both of them use maximum strength of economy.

“We are not lose yet! We will be back! It is because I am the oldest who give orders!” Osomatsu who got his clothes ripped due attack give order to retreat.(Why ripped clothes? Because the game draw it like that.)

“You have no idea what is up on my sleeve. Multiple AUs and copyright breaker…”

“Where is France and Russia anyway? Is Italy and Romano okay?” Germany squinted his eyes, “i am so tired. They are all too much”.

“Ve~ Big brother France is with a man named Karamatsu. He dressed naked in a moving glass filled with dessert!” Feliciano ate ice cream. France and Karamatsu chilling with floating roses on air also sparkles. Mafia!Ichimatsu sleep next to him after eating. Germany could not help but let a sheepishly smile. “Italy. You are actually strong”

“Somewhat looking at them makes me feels so irritated” England and Ichimatsu sucessfully get up like zombie after cat fight, they are just too tired. They looked at each other a bit suprised.

“Do you hate a man that overly ‘fashionable’ and somewhat has sparkles around him?” Ichimatsu looked at England, expecting good answer. “Uh Yeah. He is my neighborhood and somewhat his presence disturb me a lot” England shrugged off.

“Want to beat them? I will beat the blue cape guy named France. This is slapstick comedy, people will understand it” England massaged his shoulder and hold two rocket. “Let us make a short Alliance. It will be okay. We all stressed anyway” England handed one to him. Ichimatsu grinned and hold the rocket. “To think make alliance with a trash like me. Am I going to die soon?” Ichimatsu make a sheepish smile.

“EHHH WHY MEE??? NON NON!!!” Karamatsu and France yelled together and blown up so high they reached end of rainbow. Roses grown on path until they fall down. Burnt naked. Just the way it should be.

“What a fantastic weather! The sky feels so clear!” England laughed like there is tomorrow. “Don’t feel like trash! I feel like wanting to die too after I drunk and complained a lot” England held Ichimatsu’s shoulder. “You are mortal and won’t live forever. Cheer up okay? I live forever with my negative nature” England gave a reassuring smile. Ichimatsu just gave a silent nod and slowly smile. ESP nyan jumped on Ichimatsu’s arm.

“I feel like this because I have no friends” the cat talked, England suprised and ruffled Ichimatsu. They have melanchonic moments due suffer of felt being isolationed by their own difficulties.

“I-I have to find Todomatsu! It is night soon and he will get scared!” Ichimatsu broke the negativity. “I can find him by myself” he nodded and runned away.

“Actually nevermind. I see something scary” Ichimatsu runned back. Todomatsu and Russia walked together and make bloody path while smiling and showing unexplainable brutality and duality of cutest men alive.

“This cold aura….Russia?” America dropped his weapon. “So scary..and General Winter is here too” he cold sweated. “Dude. This is so dangerous”

“This undying thirst feeling of dry heart. Must be totty” Choromatsu gasped and hugged Oso, Oso hug others to make chain hug.

“Osomatsu nii san~ why so scared?~” Todomatsu smiled and held a similar looking pipe with Russia’s. “I just learned a lot of things! I met a man whose heart oftenly fall off! Maybe dry heart is not that bad?~” Todomatsu faced Osomatsu closer and moved backward. “Choromatsu nii san is horrible tho” he sighed. The sky start snowing, it is nearly June.

“Todomatsu who is that old gramp on the sky?” Choromatsu looked up. “It is General winter!” Todomatsu sat on the snow and sighed. “I am still mad about kerosene. You hate cold, so I bring you cold ”. He pouted and make heart shaped drawing on snow then stomp on it.

“Russia. What do you teach to him?” America put some distance due heavy tensed atmosphere. Russia smiled, “Nothing. Just retell how I failed gained friends because of you. Amerika. He have same problem, altho it is caused by his brothers. We share similarities too. Like being called heartless or monster” Russia’s scarf drag America away from the place.

“Kol kol kol. Want me to make your gum bleed if you still talking?”