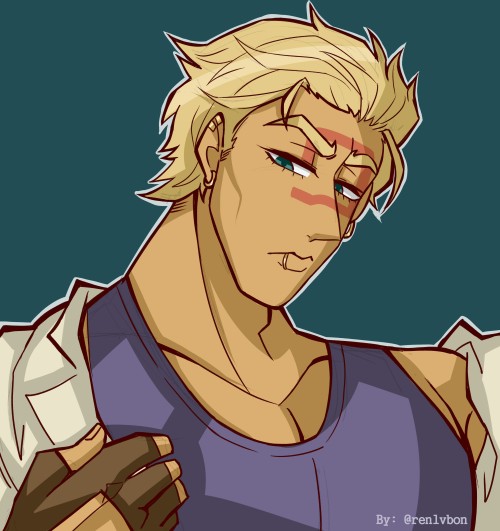 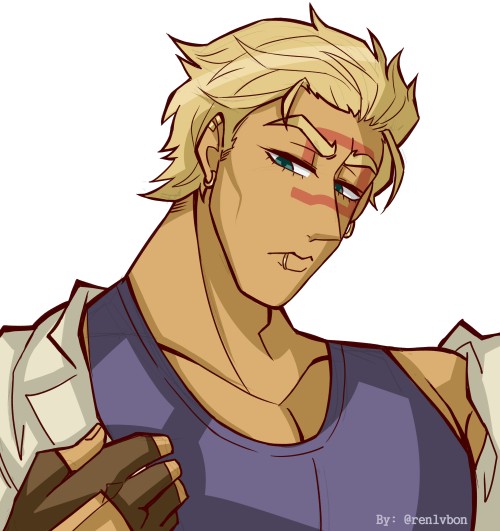 Yeah, I made a modern AU Wammu too because he’s a soft loyal boy and he deserves it. 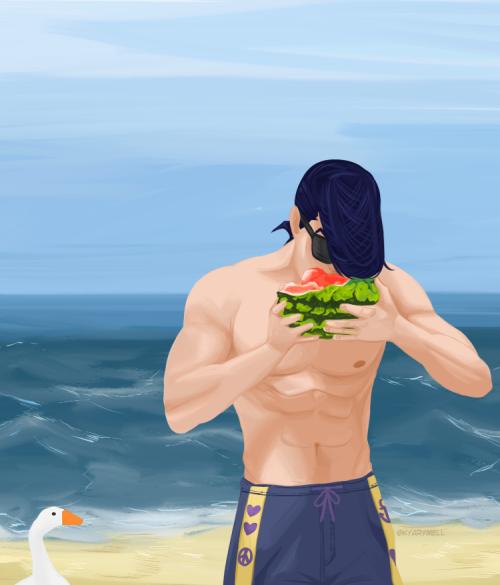 ready to cause mayhem

The jojos and how they play animal crossing new horizons:

Jonathan: doesn’t care about island evals but still gets a 5 star because he likes to plant flowers everywhere and make cute scenes with furniture. Cares about each one of his villagers regardless if they’re “ugly” or not

Joseph: played for a week then got frustrated with the slow pace so he gave it up to play smash. Suzi Q ended up taking over his game anyway so the island never got abandoned.

Jotaro: animal crossing is the only game he can play, he sucks at every other game. he loves playing it but he won’t say that out loud. Marina and Zucker are his favorite villagers and the summer swimming update was the best thing to happen to him in ages.

Josuke: recreated Morioh and also added other players to look like Okuyasu, Koichi, and Jotaro. He’s the type to hit villagers he doesn’t like with a bug net to get them to move out then will use as many nook tickets as possible to get the villagers he really wants. Often plays online with his friends.

Giorno: animal crossing veteran. plants a lot of flowers and displays bugs all over the place. Does care about island evals and the moment he unlocked terraforming he got rid of every river and cliff then rebuilt all of that from scratch. Wants to kill tom nook.

Jolyne: enjoyed playing it for a few months but never tried too hard to decorate or make anything look nice. She logged on to talk to villagers, dig up fossils, and shop for clothes then logged off. Stopped playing eventually because she got tired of the routine.

Johnny: has all horse villagers and a western themed island. He dresses like a cowboy and is very serious about catching all the bugs and fish. Plays somewhat infrequently regardless and eventually completely forgot it in favor of breath of the wild

Gappy: doesn’t own a switch

but there’s something about us i’ve got to do

(something about us - daft punk) Momma Bruno is here to remind you to wear your masks. 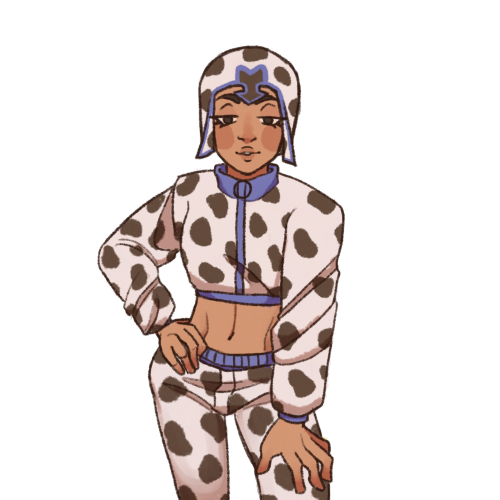 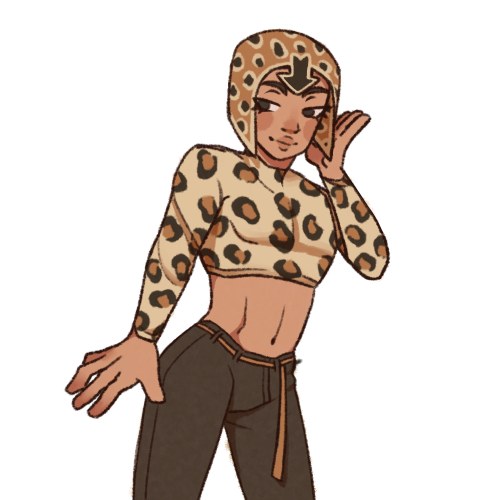 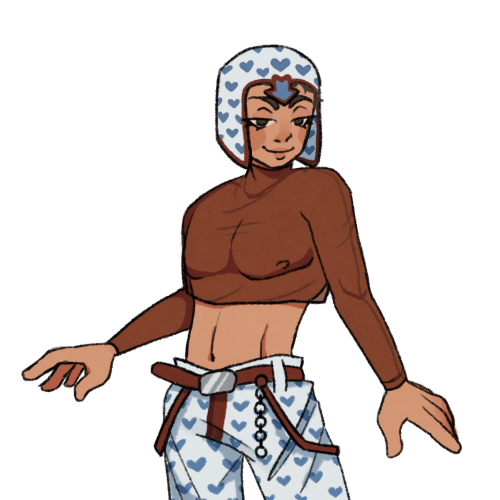 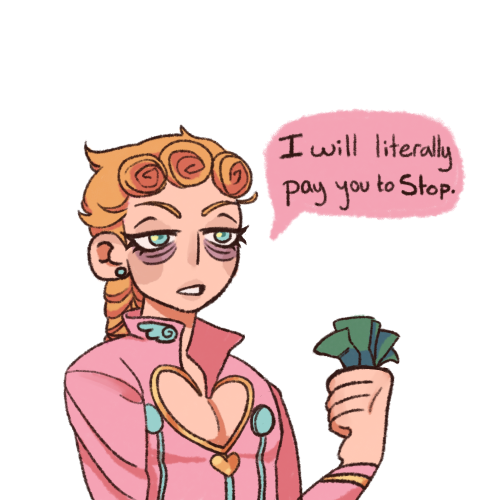 Yes, I did use the animal crossing wardrobe poses as a reference, what of it

Jotaro: *shows up in a nun’s outfit to ambush Pucci*

Jotaro, annoyed: *removes his veil to reveal his hair and birthmark*

Jotaro: *completely removes his robes to reveal his Part 6 getup* 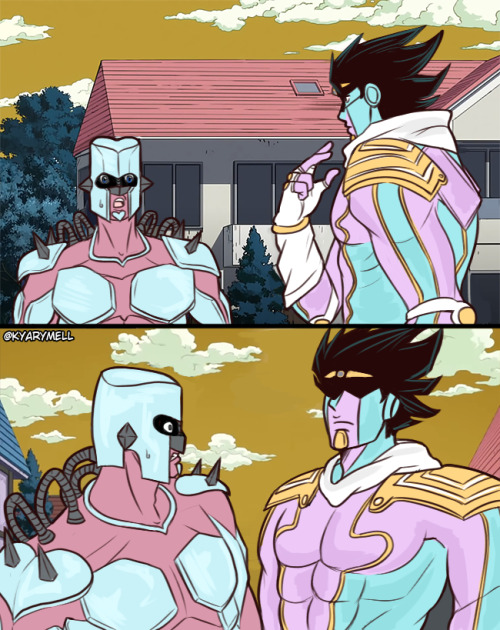 AA hello!!! how do you think okuyasu would act with a a darling thats just. absolutely terriifed of everything and trusts him to keep them safe? they just go along with everything he says and,, are a complete bottom. (nsfw pl,,,ease,,, i am starved,,) i also apologize if there are any rules i missed, I'm pn mobile and i cant find them on your profile ^^;;

Extra Confidence: Okuyasu is over the moon when he gets a cute girlfriend, but not just any girlfriend; a girlfriend that relies on him to be the macho man in their life, the one they can rely on to protect them at all times. He feels like he’s going to cry with happiness with having his crush come to him and say if they’ll be their boyfriend. He wanted them so badly and now he has them in his arms, and Okuyasu is planning to never let go.

Okuyasu would ask Josuke and Koichi what to do since he has his first girlfriend, he takes as much note as he can. Taking his darling on a date was perfect, but Okuyasu would start to notice how tight to cling on to him as he took his darling back home in the dark. He doesn’t mind one bit, but it takes him a few days and his darling explanation to find that they are scared of everything and they feel like they protect them for the bad. Okuyasu’s brain and heart just but only use exploded with hearing this, know that his girl needs him to do anything or even just be by their side is almost like dream come true. It gives Okuyasu less fear of his darling leaving, cheating, or not being with him. The relationship is most like two puppies, one is scared and follows the other puppy that is lovesick for them.

Bragging rights: There’s nothing better to Okuyasu than to brag to Josuke how about how cute, nice, and amazing his girl is. Holding them tightly in his arms as he tells them that they have to go do couples’ things and they’ll see them later. All he really does is be his darling cuddle buddy and bodyguard, and he doesn’t mind it one bit.

At times Josuke has to shut Okuyasu up when it just the two of them which is almost never; all that Okuyasu ever talks about is his darling and how sweet they are, someone Josuke prefers to do chores than to listen Okuyasu’s being a simp lovesick puppy. Sometimes it does make Josuke jealous that Okuyasu flaunts his girlfriend everywhere he goes, its kind of makes him want to get a girl of his own.

It almost like an exit slip, ‘I got to go, my girl and me are going back to my place,’ or,” My cutie is too scared to go alone, talk to you guys later.’ Honestly, Okuyasu just loves to show off his darling so much and is willing to do anything for them.

First-timers: Okuyasu doesn’t know what he’s doing, He likes to think he’s the man but actually he’s baby also. He wants to be the man in and out of bed but it’s just too hard for him and is just as inexperienced as his darling is not helping. Okuyasu does some “research” in privative, ask some people that he probably knows as a ‘friend’ (Most like his brother if he’s still alive, or Jotaro if he has the guts.), get information books or magazines.

Okuyasu would do his ‘research’ at night when he walked his darling back home and sharing a kiss before leaving; he would die of shame if his darling caught him red-handed as he tried to figure out what is foreplay. 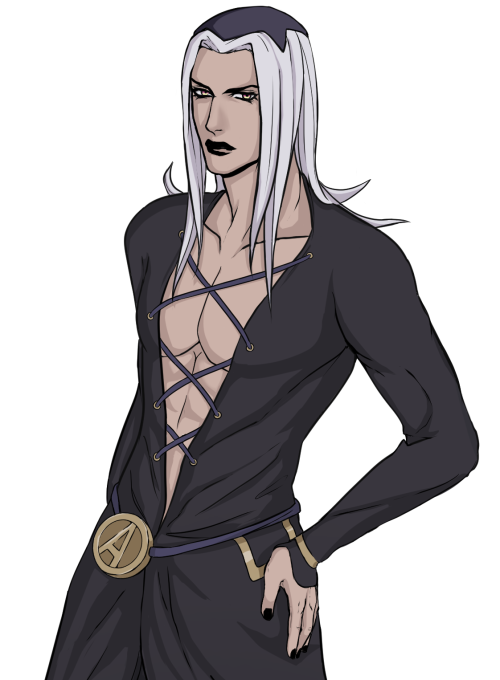 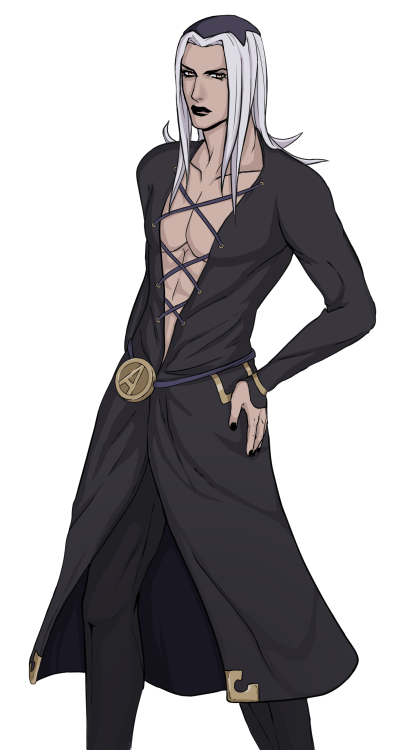 This was supposed to have a background because I wanted to practice backgrounds but… that didn’t work out. So now its just this.

jojo's bizarre adventureleone abbacchiojjbajojo part 5vento aureo
13 notes
Loading...Show more notes
Reblog
Demon!Vanilla Ice/Reader 1 - 12. “Sweetheart, I have to mark you. How else is everyone gonna know you’re mine?”

You squeaked in surprise as the cool voice of one of your superiors called out to you. Turning around quickly, you wobbled and clutched the mop close to your chest, trying desperately not to fall over and make a fool of yourself in front of the most gorgeous demon you’ve ever had the pleasure of knowing. Vanilla Ice quirked a brow at your clumsiness, a sharp from curling his lips - uh oh, better answer before he started lecturing you about being more aware of your surroundings again, “A-ah, Master Vanilla Ice! Apologies, Sir, for not seeing you there, I was, uhm, focused on my work!” You managed to stumble over your words, hands fiddling with your grip on the wooden staff of the mop. Vanilla Ice narrowed his dark eyes at you and you tried to squash down the rising fear in your gut. You fought the urge to ramble, choosing instead to try and remain chipper and giving the large demon a beaming smile, unaware of the light pink dusting his cheeks, “Ah, yeah, I know you keep telling me to be more aware of my surroundings and you’re right, you’re definitely right that I should, but I was just really busy and I couldn’t get out of my head, and I’ve still got sooooooooo much work to do, so I should get back to it, but you kind of stopped me so I’m guessing you needed something from me, what’d you need?” 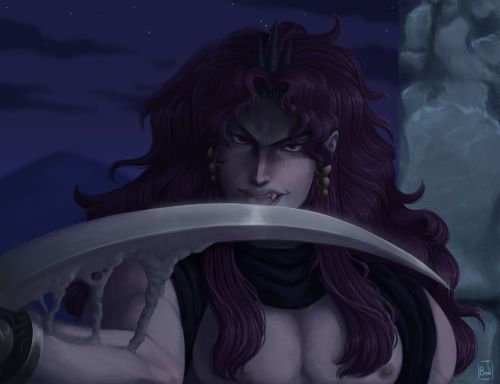 i was participating in screenshot redraw challenge, here’s my part!! i love Kars sooo damn much