I feel so identified

Natalia and Charlie look cute together though 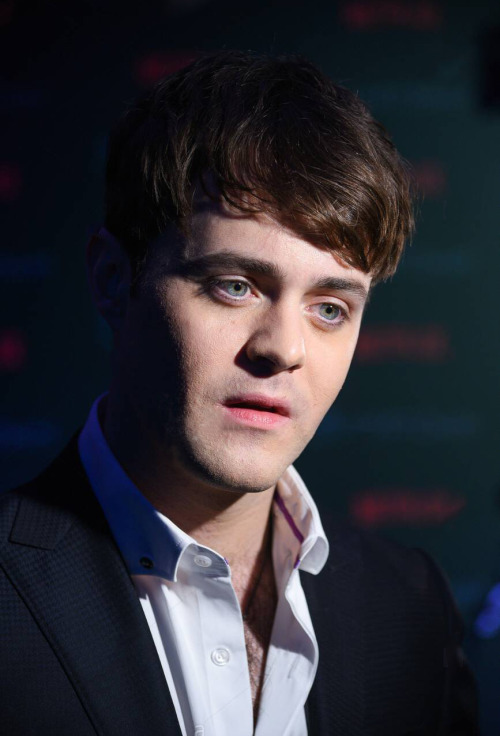 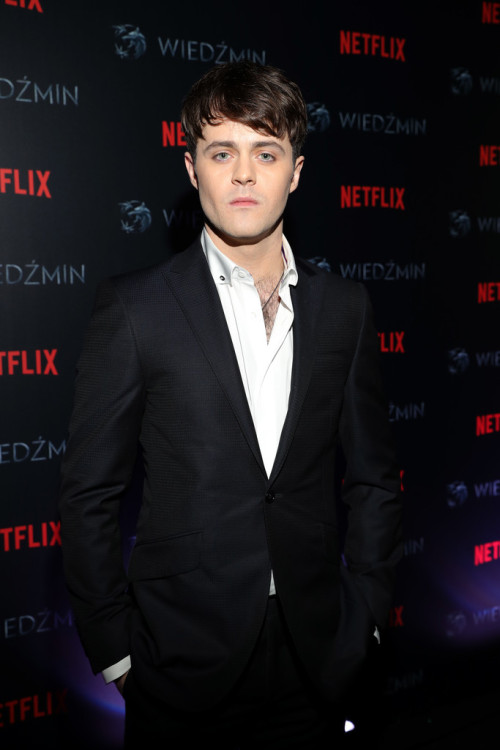 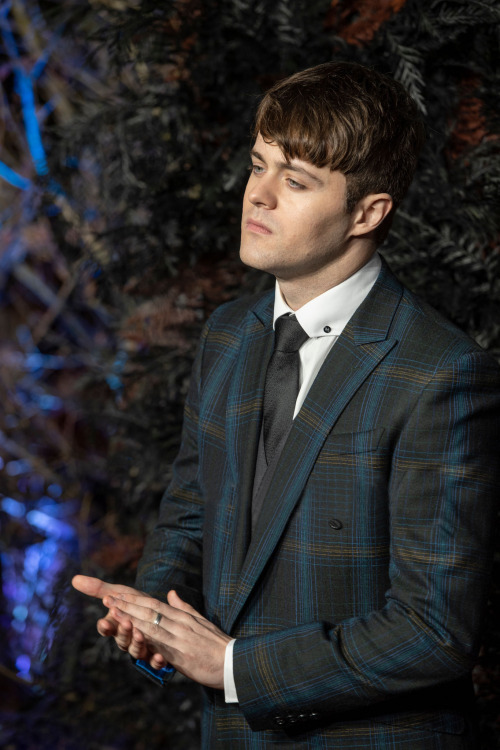 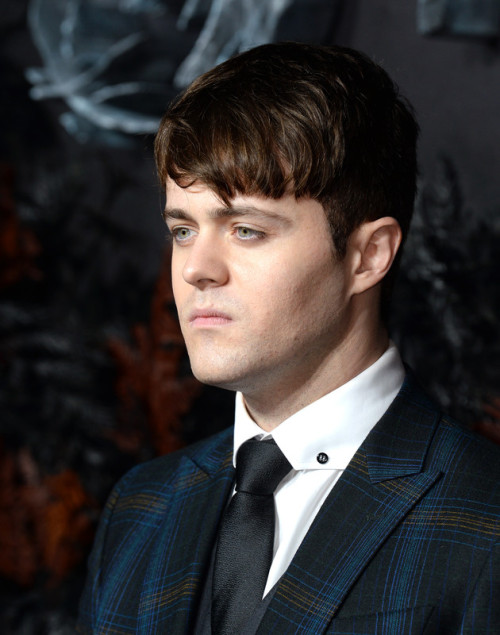 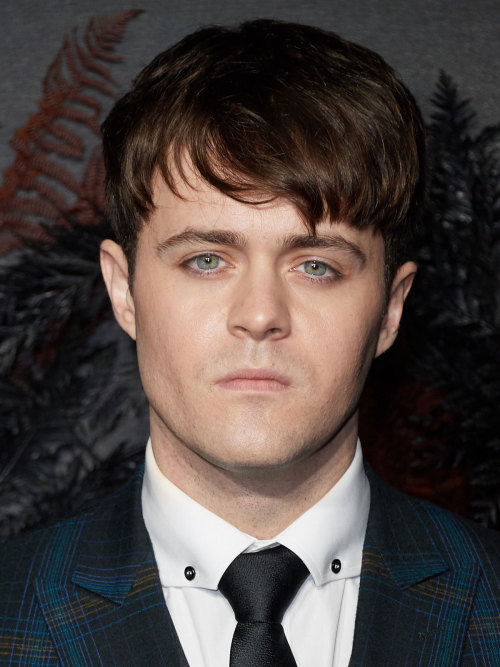 For those of you who want to study Joey’s/Jaskier’s eye colour more closely. For scientific reasons obviously.

Man, he looks so serious in every single pic he isn’t with Henry. He said his anxiety level was very very high, poor precious boy. Still convinced he told Henry and that’s why he went looking for Joey so quickly when he had to get away from the chaos and found the room with the piano in it. 💕 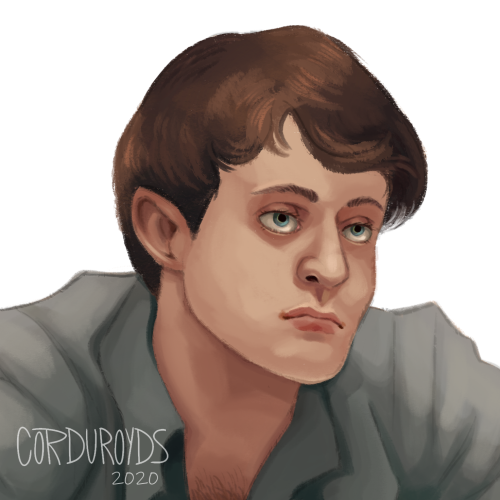 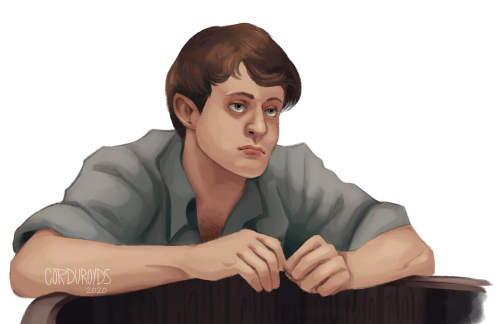 well, who knows. maybe someone out there will want you

Joey and Hayley while writing Leave It Alone

I really shouldn’t have watched the kissing booth cause it gave me feels and now I want to have a boyfriend, but oh well not gonna happen

Hayley Williams and Joey Howard while working on ‘LEAVE IT ALONE’.

a soft knock sounded on the bathroom door, making you hold the pregnancy test behind your back, wiping your face.

“come in” the door opened and you physically relaxed when you saw it was chandler.

“i heard you crying. are you okay? did something happen?” you show him the test, your hands shaking. “oh jesus”

“alright, alright, do you want me to be there when you talk to him?” you nod and chandler gives a small okay, hugging you to his chest. “i love you”

“i love you too, chandler”

you sat with chandler on the couch, talking to him about how you should tell joey, when the man himself comes in, chandler’s hand holding your hand.

“hey.. what’s going on?” joey walked over and squatted next to you, his hand on your thigh. “y/n?”

you looked at him, and you wanted to cry. “i’m pregnant, joe” you whisper and his face drops. joey stands up, walking into his room without saying a word. you bow your head and sob, leaning into chandler. “i told you, he doesn’t want anything to do with me”

you sat with ross and phoebe in the coffee house, stirring your iced tea around, mind wondering.

“i’m sorry this is happening to you, y/n. if you need anything, just give me a call. i have ben, so i know parenthood. don’t hesitate to ask” ross rubbed your shoulder and you smiled.

“thanks ross” you smile and sip the cold beverage, the condensation falling on your warm skin. the door opened and you see phoebe look at you, and your stomach turns.

“ross, we have to go if we want to go catch that movie” she makes up an excuse and the two leave, leaving you and joey alone. you set the cup down and joey sits next to you, not a word spoken for a couple minutes.

“i’ll have my stuff out by the end of the week, pheebs and i discussed how i can live there until i can be on my own” you explain and joey scrunches his brows, arm going behind you on the back of the couch, scooting closer with his knee now touching yours.

“have your stuff out? being on your own? why would you leave?”

“because you don’t want a baby. not now, anyway” you sniffle and wipe your nose, making joey chuckle.

“sure i wasn’t planning on having a baby now, but i don’t care. it’s still our child, and i will love them until the day i die. why would you think.. you were supposed to leave?”

“because i know how you are-”

you smiled and lean into his touch. “i love you more, joey”

Joeys entire being is the "hold my drink" meme

this is why he can't be left alone for long periods of timebendy and the ink machinejoey drewviolentjelloask
65 notes
Loading...Show more notes
Reblog

Warnings: Nothing I believe, but if I’m wrong tell me!

“Joey, for the last time no. There is no way in Hell that I’m going to tell Chandler.” You retort, turning around to glare at Joey. He had come over to the apartment you and Chandler shared to hang out, but Chandler had to run to the store leaving you and Joey alone. Although you tried many other conversation topics, all Joey wanted to do was pester you about Chandler no matter how many times you said you wouldn’t tell him.

“But nothing Joey” You said, cutting him off before he could really start talking again.

“I said but nothing Joey.” You told him again, refusing to hear another word.

“So you don’t want to hear what he told me the other day?” He asked, knowing full well that it would pique your interest. Curiosity may have killed the cat, but satisfaction brought it back.

“I do,” You mumble, walking over to sit down beside him.

At your words, Joey became excited, honestly probably a bit more than need be, and launched into a whole story. “Well you see, I had Chandler come over the other day to watch Baywatch, you know, and all he could talk about was how-”

“Hold on, I’m getting there.” He said. “So, all he could talk about was how you had fallen asleep on him, and how you’d said that you loved him-” You froze at his words, panic seeming to stop your heart.

“I what?” You asked, fear and panic becoming evident in your voice as your throat felt as if it threatened to close in on itself.

“Yea, he said that you’d been watching Ghostbusters when all of the sudden you were asleep on his shoulder. When he tried to wake you up, all you did was say, ‘I love you Chandler’.” He said, obviously not understanding the gravity of the situation.

“Why would I be kidding?” He said, and with that you felt like you might throw up. “But you see Y/n, that’s why you need to tell him how you feel!”

“According to you, I already have!” You yelled hysterically, glad that CHandler was out of the apartment.. “Oh god, he’s not going to want to live with me anymore! What am I going to do? Where am I going to go?”

“He wasn’t?” You reply, freezing again but out of shock rather than fear. The panic inside of your stomach turned into a shred of hope.

“Of course not, is that why you were upset?” Sometimes Joey can be the most clueless person in the world.

“Joey, why didn’t you tell me this sooner?” You said with a small chuckle, becoming giddy at the fact that Chandler seemed to like you back. “I’ll tell him. Tonight, when he gets home.”

“Shut up,” you say, “and you can’t be here while I tell him. So get out.” You say playfully, pushing Joey towards the door. You opened the door to find Chandler himself already standing there, and in your shock you decided to tell him already, here and now. You both began speaking at the same time.

You both laughed at shrugged it off.

"You go first.” You told him with a smile. After months of not telling him, a few more minutes would seem like nothing.

“Okay,” he said. “Look at who I ran into at the store,” he said, moving a little so you could see who was standing beside him.

“Oh my god Y/n, I haven’t seen you in so long!” She said, in the voice you had never been able to stand.

“Is Joey still here?” Asked Chandler, turning his attention back to you. You turned around to find that Joey was no longer behind you, yet your door was ajar.

“It wouldn’t be a problem then if I hang out with Janice then?” Asked Chandler.

“Of course not,” You told him with a smile even as your heart was ripped to shreds by an invisible beast inside your chest.

“Thanks Y/n,” he told you, leading Janice to his room and closing the door behind him. As soon as he was out of sight you broke down. You ran back into you room to find Joey sitting on the edge of my bed.

“Y/n?” He asked with a puzzled expression. “Why aren’t you with Chandler?”

“Because he wanted to talk to Janice.” You told him softly, tears flowing freely by this point. Joey opened his arms for a hug which you eagerly accepted, sobbing as quietly as you could into his shirt.

Perfect BATIM ending: everybody is alive and happy and living their lives with their loved ones, except Joey. Joey's still alone and miserable.

…not going to lie to you guys, for some reason last night my brain went back to the 2D Bendy AU… and decided to brainstorm on its finale instead of letting me sleep. So, yeah, I’m here to bring brand new content to you guys, explaining the new finale and what I had in mind in general. This was long overdue and I’m finally feeling like sharing now.

Sorry if parts are explained like crap or don’t make much sense. I’m putting all of this down as it comes back to mind. 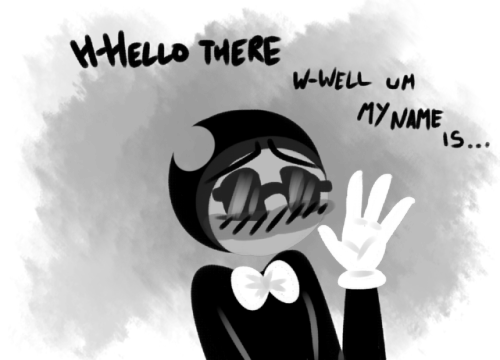 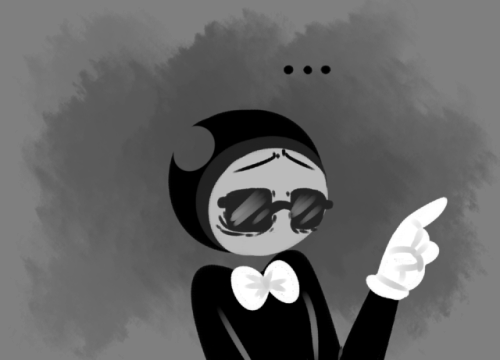 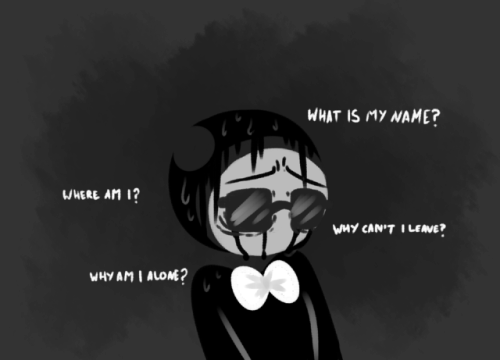 He seems to have trailed off with his words and forgotten the question.

Me for the millionth time:

I have a lot of feelings about this one man, okay? leave me alone.

joey bateyi love himi just have too many feelings about himmost of my day is spent thinking about himi talk about him all the timei will never shut up about himyou cant stop me
122 notes
Loading...Show more notes
Reblog

I don’t know how unpopular this is but: I don’t think they should begin “aging” Jaskier in s2. What I mean is that the writers said that they didn’t pay attention to Jaskier’s appearance as he aged in the show but that they plan to fix that in s2, which like, won’t that seem out of place? On that note, a pretty neutral(I think) opinion: Joey Batey did a wonderful job “aging” him as a character; you can feel how much more worn his soul is in e6 vs. in e2, at least for me

oh yeah it would be so weird to have a guy look the same from the age of 18 to like 40 and then suddenly age because they remembered that he’s supposed to be human. fucking commit to immortal jaskier now, cowards.

but well, in the books EVERYONE mentions how young jaskier looks so maybe they’ll leave him alone.

joey did an amazing job. you can see that he’s a bit older, more mature, more aware of how he should act and what he should say. still a disaster which is what a jaskier should be, but you definitely can tell than some years passed. love it. wonderful job. 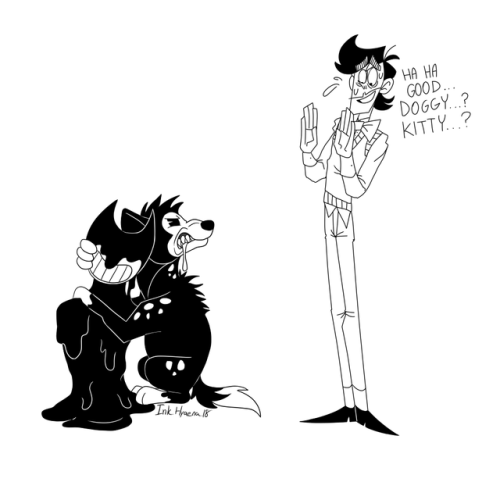 @halfusek has been stomping on my heart all day with the Abomination comic. LEAVE THE GOOD SQUISHY BOI ALONE, JOEY >:c

Joey: “You touch any boobs lately, you straight fuck?”