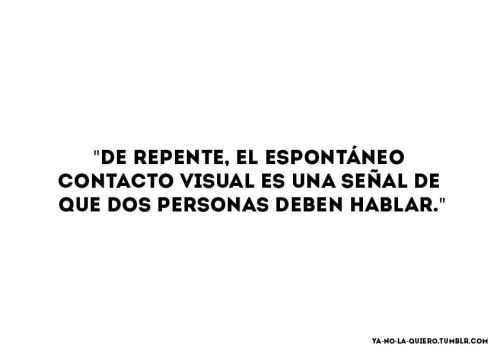 las nueve revelacionesjames redfieldlibrolibrosfrasesrepenteespontaneovisualseñalpersonashablarya no la quierobogotacolombiafrases en españolfrases y pensamientos
1,383 notes
Loading...Show more notes
Reblog
I don’t think that anything happens by coincidence. No one is here by accident. Everyone who crosses our path has a message for us. Otherwise they would have taken another path, or left earlier or later. The fact that these people are here means that they are here for some reason.
—  James Redfield, The Celestine Prophecy 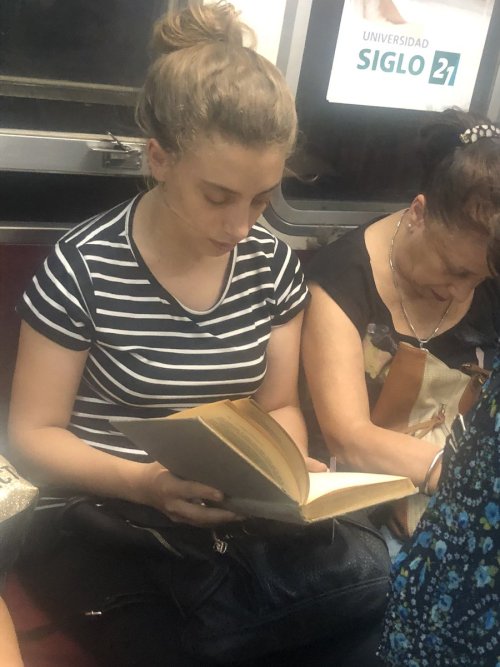 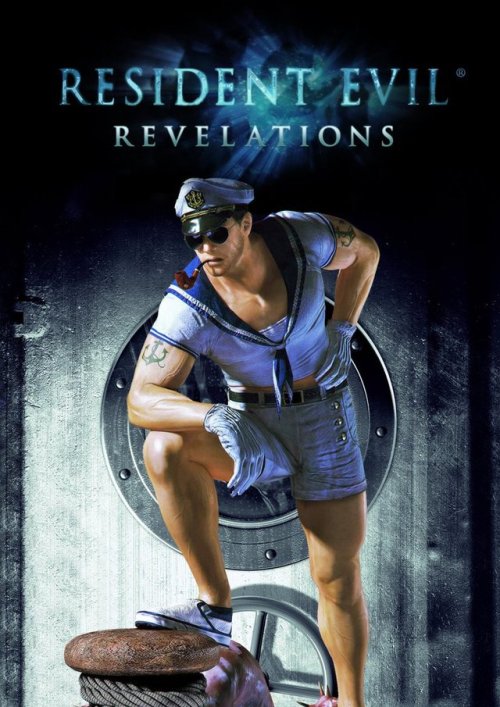 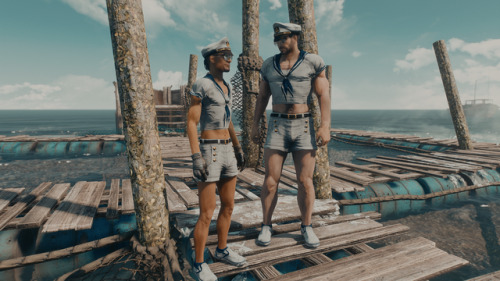 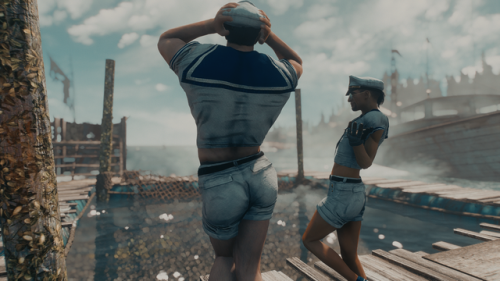 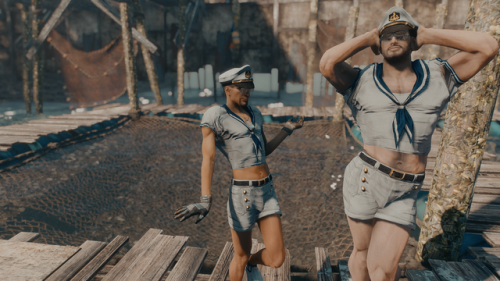 The whole reason why I got into learning how to port meshes from other games, is because I wanted to put Danse in this outfit. 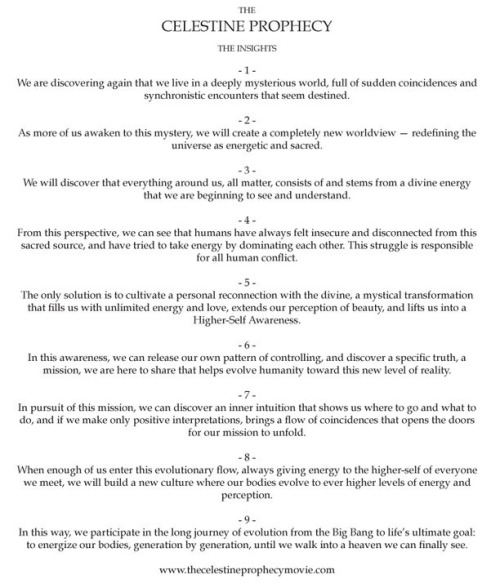 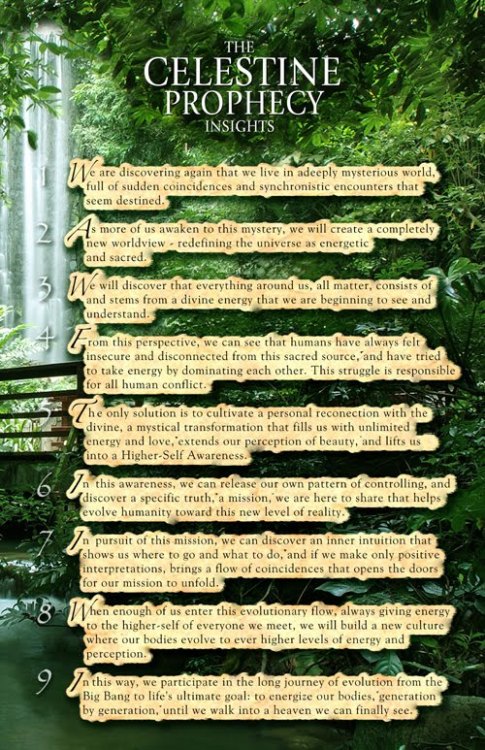 Insights from The Celestine Prophecy by James Redfield

InsightsJames RedfieldCelestine Prophecy12 Insightsthe celestine prophecyMovieBookProphecySpiritualQuantum PhysicsEvolutionSynchronicityHigher SelfHumanityPerceptionPerspectiveEnergyReligioncosmic consciousnessInsightThe 13th Insight13th InsightBooksReadingReadEye OpeningEye of HorusGanjaPotIssa Gold
25 notes
Loading...Show more notes
Reblog
The human perception of this energy first begins with a heightened sensitivity to beauty.
—  James Redfield
james redfieldcelestine prophecyquote
79 notes
Loading...Show more notes
Reblog
Dreams come to tell us something about our lives that we are missing.
—  James Redfield
James Redfieldquotecelestine prophecydreamslife
20 notes
Loading...Show more notes
Reblog
When we dislike someone, or feel threatened by someone, the natural tendency is to focus on something we dislike about the person, something that irritates us. Unfortunately, when we do this–instead of seeing the deeper beauty of the person and giving them energy–we take energy away and actually do them harm. All they know is that they suddenly feel less beautiful and less confident, and it is because we sapped their energy.
—  James Redfield, The Celestine Prophecy

Ok, so I went to watch Resident Evil: The Final Chapter last night and here are my opinions/observations. SPOILERS AHEAD. English is not my first language so bare with me a little

The good things
*Overall it was a good ending to the franchise. They kinda gave it a clean closure to the whole end-of-the-world thing and it’s ok, I really appreciate that Umbrella didn’t get away with it.
*The movie didn’t lack of action sequences at all, it was savage from start to end.
*I enjoyed (a lot) the recapitulation at the start, it’s good to introduce everyone a little on all the shit that is going down before the movie starts.
*The soundtrack was nice (I still think that Afterlife is king in this matter, though).
*Comebacks. I loooooved the laser room comeback and the “You’re all going to die down here” line.
*Milla Jovovich and Ali Larter. Do I need to explain?
The horror movie tone. The first scenes with the jumpscares and the cableway were good.
*Crediting everyone that appeared in the movies. Probably more legal shit than a nice gesture, but equally a cool thing.
*The speech Isaacs gives in Alicia’s recording. The images and speech about the end of the world were a reality punch, a cool reality punch.
*Bloodshot appearance. Like with the licker in Retribution, the bloodshot featured in this movie was a much more big, strong and beastly version of the ones in Resident Evil 6. I really liked it.

The bad/unsatisfying things
*The inexistence of background to new characters. This really pisses me off. When a movie introduces characters that are going to die and it wants you to suffer for it, the first step is to make you care for them. The new characters are barely seen and the fact that the kid with the gun and the crowbar has more personality than the girl that gets grabbed by behind when the barricade is being breached is embarrassing. Everytime one of Alice’s companions died I didn’t feel shit and it I fucking hated that. When I saw every one of those actors make it into the news for being in the movie, it made me expect a little relevance on their roles, you know? Seeing them die just like that was… *sigh* disappointing. Extinction & Afterlife did this very well. The relationship Claire had with her convoy and the little background that Luther gives Alice on every character in the prison is enough for the audience to have a minimal connection with them.
Good parenthesis, Ruby Rose’s dead really hurt and that’s because the character told us a little about her and because Alice showed a little emotion when that happened (by that I don’t mean Alice to cry every someone died, but at least to feel sorry).
*The quick escalation in the plot felt really weird. How on Earth would someone trust a stranger that just arrived and let themselves convince into killing an army of undead? Well, that happened in what? Two scenes? When Alice arrived to Raccoon, the survivors in the edification didn’t ask questions and just fucking went along with Alice’s plan. It didn’t make sense at all.
This goes along with one of the points in the good things list. The “full-action thing” didn’t leave much space for the story to develop which is something that left me a little empty.
*Fucked up the storyline. If I remember well, in Apocalypse they say Ashford is the one who created the T-Virus for Angie and her leg problem. In TFC is Marcus who did it (as in the games, which is nice but doesn’t make sense, again).
*Lame final to Wesker (LOL). Even though I don’t think that’s a worthy end to the master mind behind the “complete global saturation” I kinda understand why they didn’t bother in adding an extra fight between him and Alice. My guess is that, because they already did it in Afterlife, it wouldn’t make sense to do it again.
*The small role Claire played in this one. After being used to see Claire as a lead character and sometimes equal to Alice, watching her just screaming “Alice!” and running around is not something I was expecting. Putting that aside, I’ve got to admit her scape from the container with the mini explosive was pretty bad ass.
*The disappearance of game characters. I know, Wesker betrayed everyone, but you expect me to think that Leon, Jill, Ada and Chris just died? Like, what the fuck?
I suppose it has to do with the actors’ schedules, but it makes really sad to think that I will never know what happened to all of them.

I’ve been in love with these movies for years and the fact that everything is over saddens me infinitely. Thank everyone that ever got involved in the creation of this saga, I appreciate it very much. Goodbye, Alice.
resident evilresident evil the final chapterresident evil: the final chapterresident evil movieresident evil moviesresident evil afterliferesident evil apocalypseresident evil retributionresident evil extinctionaliceclaire redfieldchris redfieldleon kennedyjill valentinealbert weskerada wongjames marcusred queenmoviemoviesvideogamest-virusmilla jovovichali larterruby roseluther westzombiesspoilersmy opinion
158 notes
Loading...Show more notes
Reblog
Let your perception of beauty and iridescence lead your way. Places and people who have answers for you will look appear more luminous and attractive.
—  The Celestine Prophecy, James Redfield
James RedfieldThe Celestine Prophecybooksquotesquotationsbeautyintuitionspiritualityspiritualenergyesotericplacespeopletruthwisdomsynchronicity
20 notes
Loading...Show more notes
Reblog
I don’t think that anything happens by coincidence. No one is here by accident. Everyone who crosses our path has a message for us. Otherwise they would have taken another path, or left earlier or later. The fact that these people are here means that they are here for some reason.
—  James Redfield, The Celestine Prophecy
James Redfield The Celestine Prophecyjames redfieldredfieldthe celestine prophecyprophecyquotequotescoincidenceaccidenttruthwisewordswise wordswords of wisdomwisdompathmessagepeopleadvicemotivationmotivational quotesreasonpurpose
1,226 notes
Loading...Show more notes
Reblog
The seventh insight says that fear images should be halted as soon as they come. Then another image, one with a good outcome, should be willed through the mind. Soon, negative images will almost never happen. Your intuitions will be about positive things. When negative images come after that, the manuscript says they should be taken very seriously, and not followed. For instance, if the idea comes to you that you youre going to have a wreck in a truck and someone comes along and offers you a ride in a truck, then do not accept it.
—  The celestine prophecy
james redfieldcelestine prophecyintuitionspiritual evolution
27 notes
Loading...Show more notes
Reblog 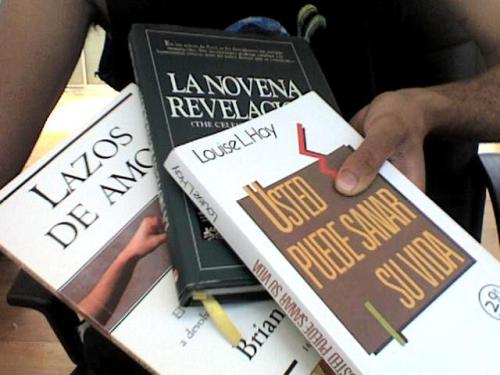 The Celestine Prophecy by James Redfield 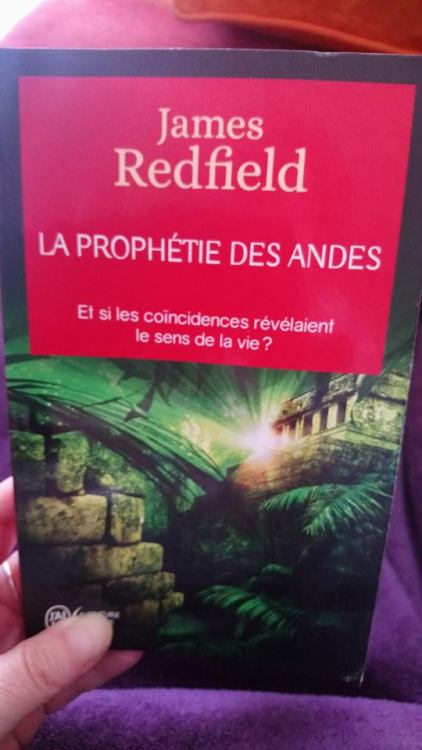