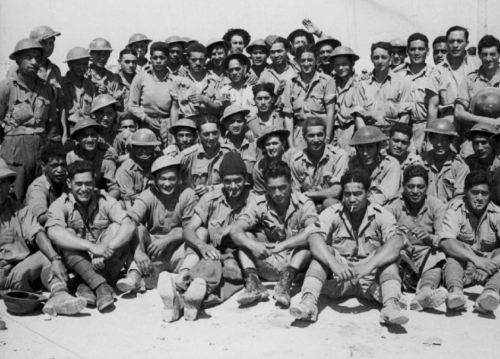 New Zealanders of the 28th (Maori) Battalion enjoy some relaxation in Egypt following their evacuation from Crete. after just under a week of fighting for the island, the Allied forces had no choice but to evacuate, beginning to do so on May 28th, 1941. The fully Maori raised unit had already conducted a fighting retreat down the Grecian peninsula, and on Crete distinguished themselves with a successful bayonet charge against German positions. Fighting through North Africa and Italy, they ended the war as New Zealand’s most decorated battalion.