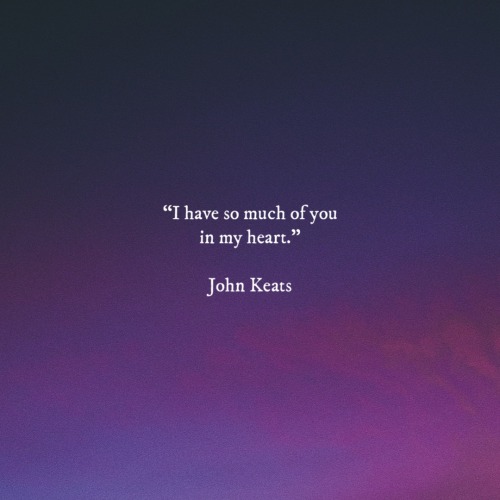 john keatstextquotequoteslovelifelove quotelife quoteaestheticbeautifulindiehipsterlitliteraturepoempoetryproselove quoteslife quotesrelationshiprelationship quoterelationship quotesartvintagegrungewanderlustadventurealternative
923 notes
Loading...Show more notes
Reblog
Nobody wants to do it- not real change, not soul change, not the painful molecular change required to truly become who you need to be. Nobody ever does real transformation for fun. nobody ever does it on a dare. You do it only when your back is so far against the wall that you have no choice anymore.
—  Elizabeth Gilbert
Elizabeth Gilbertsunsetquotestextquotequotesadventureaestheticalternativeartgrungehipsterindielifelife quotelife quoteslitliteraturepoempoetryproserelationshiprelationship quoterelationship quotesbeautifulvintagewanderlust
362 notes
Loading...Show more notes
Reblog 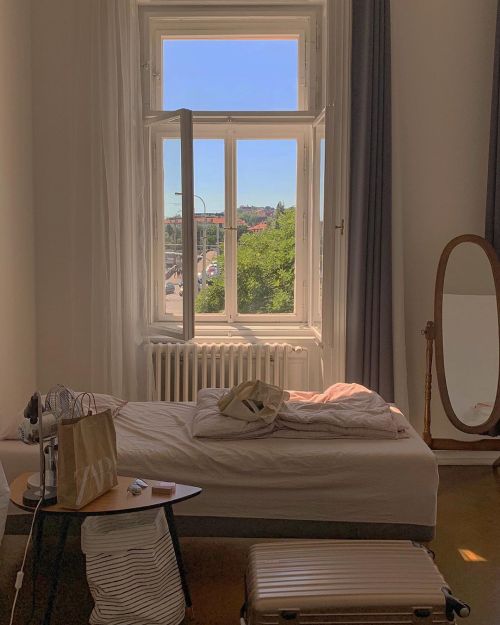 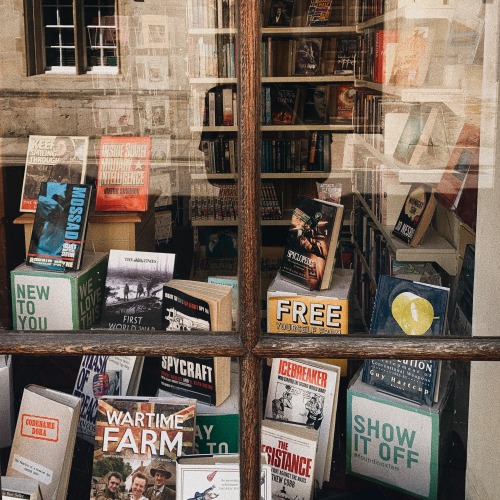 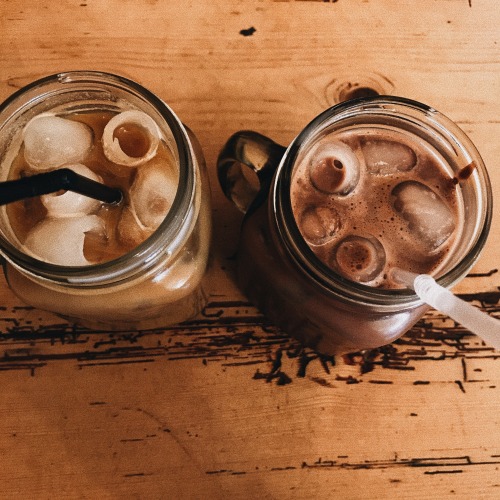 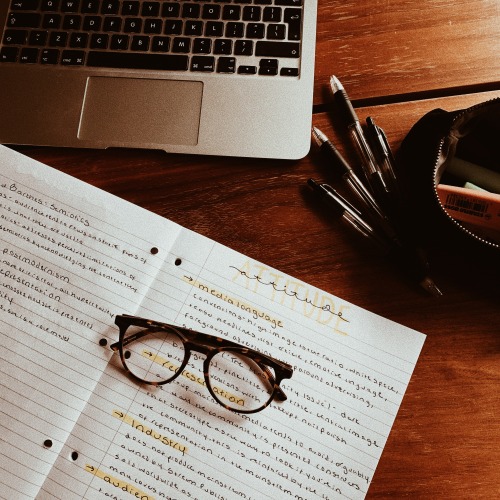 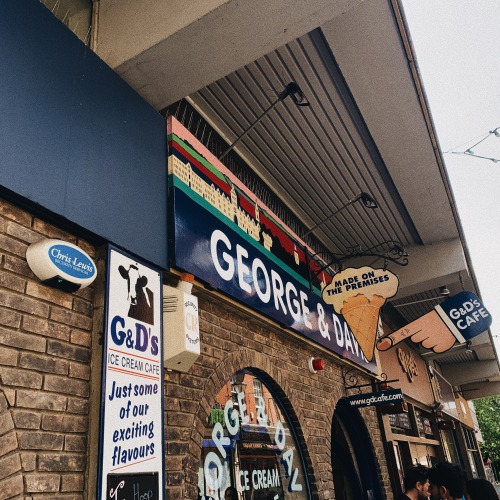 Tag yourself as types of academia aesthetics I’ve seen

all songs can be found in my dark academia playlist here

organised desks glazed in a warm hue, chewing on the plastic cap on your pens, creating revision notes that look like art work, mugs of warm beverages embellishing your window sill, blanking out the world by a wall of study playlists, caramel glittered mornings or velvet wrapped nights

Dark: ‘Achilles Come Down’ by Gang of Youths

falling in love with the dark shadows that fall into the creases of the book shop, stinging liquid from opal bottles, adorning your body in shades of check and cream, desperate kisses exploding sparks in the obsidian, drowning nights spent scribbling your thoughts

Light: ‘Rosie’ by The Kooks

wildflowers pressed between browned books, soaking in poetry under the lukewarm sunlight, sweet cups of tea comforting your throat, bathing in shades of pastel and neutral, oversized glasses and drowning sweaters, organising your studying time in floral planners

adorning your body in shades of the earth, completing essays encouraged by insects and birds, admiring the shades of the leaves and tree trunks, bedrooms drowning in ivy explorers, botanical posters converting your walls into a museum, naming every insect you meet

City: ‘Sugar’ by The Hails

losing your balance on the cobbled stones that line the streets, studying in public libraries surrounded by tiresome students, falling in love with the old fashioned building unloved along a back street, catching your reflection in the makeshift mirrors that embellish the pavement

working under the sprinkling of silver that dusts the midnight skies, absentmindedly stroking your cat as you work, splotches of obsidian ink creating abstract monsters on your page, working under the embers of candlelight, wisps of ghosts ballroom dancing in the smoke 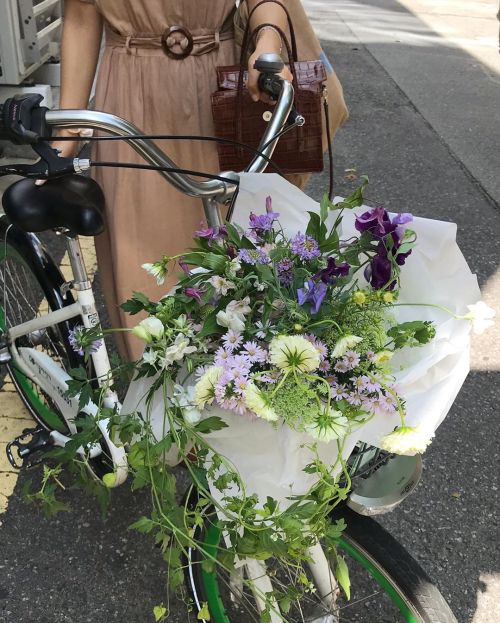 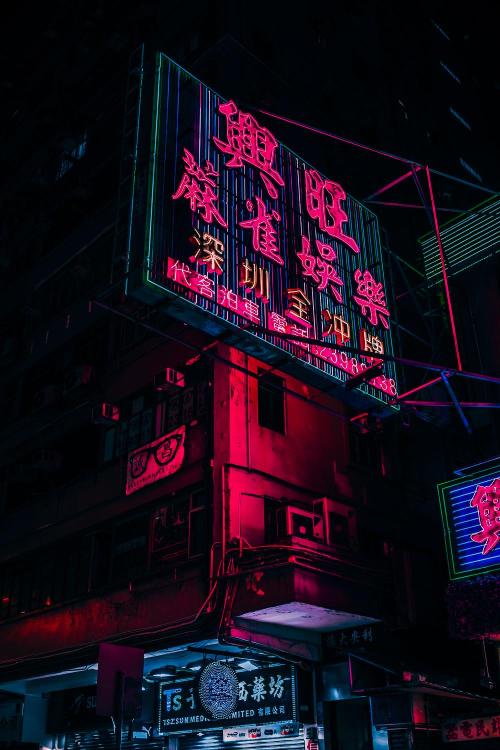 use moon, rising too ;) sorry if they’re inaccurate, i got these from instagram/personal observations <3 love, ty

sensitive, competitive, wants to win, likely to cry when they angry or tired, has no patience, aggressive crybaby, can be shy

perfectionist, may struggle with anxiety, self blamer, detail oriented, loves to help, quiet, until you get to know them

likely to get detention tbh, not afraid to call you out, has no filter, extreme style, either shy or loud af, emotional,

best jokes (funny), gets away with everything, magnetic, best friend material, quite rebellious, strong

popular, but picky with real friends, weird in the best way, underground (best) music taste, strong, idgaf about your opinion

pisces - wheels on the bus

grungeindiescenehipsteralternativeedgypunkgothgothicemometalrockaestheticaestheticsurbanurbanphotographyphotographysceneryvaporwavelilgnarlil gnargnargnarcoticfashionstreetwearstreetstylestreetfashionanarchyriotanarchist
43 notes
Loading...Show more notes
Reblog
13 Irish Artists to Stan Instead of You Know Who

Kneecap are a three-piece hip-hop group hailing from Belfast, Co. Antrim. Their music is brash, infectious and politically charged, often combining both Irish and English lyrics in single verses. Their lyrics are controversial, cynical and at times even satirical, and with beats remixing the BBC News theme, KNEECAPs appeal is easily transferable from that other controversial Irish rap group

Roe is a twenty-year old multi-instrumentalist from Co. Derry, and an absolute powerhouse of talent packed into a tiny frame. Her lyrics are consistently poignant, and her synth-led indie music manages to be effortlessly catchy, without ever losing the meaning behind it, or verging into the cliché. Her songs can transport you into that scene from that coming-of-age film, right from the comfort of your own back garden. A homegrown talent with the perfect sound for the long summer ahead.

If you haven’t been listening to Andrew Hozier-Byrne for the last seven years, then what exactly have you been doing? Hailing from Bray, Co. Wicklow, the gentle giant has become synonymous with the Irish music scene from his very first EP. His songs are blues-inspired, guitar-led and lyrically often politically charged – tackling everything from racism in the police to homophobia in the church. A colossal musical talent, with unmatched lyrics and features across his two albums – undoubtedly worth the stan.

You simply cannot separate Dublin alt-pop sensation Orla Gartland’s distinctive and unique personality from her distinctive and unique brand of music. An undeniable talent paired with infectious guitar riffs and lyrics that are relatable and accessible to the youth of Ireland and farther afield in the modern era, Orla’s music is breath-taking and brutally honest – well worth the listen and well-deserving of the stan

This section got me into twitter cringe with Luke Mac from Touts so yous all best listen to them now. Touts are a three-piece band hailing from the greatest city on the island, Derry, TOUTS have managed to make punk music for the modern era that Eabha Lynn can listen to, unironically. Their lyrics detail the frustrations of what it’s like to be young in the North of Ireland, with song titles like ‘political people,’ and ‘bombscare,’ highlighting that in as blatant a way as possible. They’re really good, their songs are often short bursts of pure energy, that you simply cannot help but to keep listening to.

Brand New Friend are a local band to me, their North (Antrim?) Coast heritage evident in the distinctive lyrical themes splattered across their discography. Initially with four members, though more recently with five, Brand New Friend are the epitome of indie-pop perfection in Ireland at the moment. Their music is danceable, their lyrics are relatable, and their growth as a band evident throughout their work’s history. The dynamic between the band – made up of three siblings, a best friend and a boyfriend – is electric, you can’t stop listening, and truly have no choice but to stan.

I often say music would be better if every band was from Bellaghy, and General Fiasco generally -is- my reasoning with that one. The breakthrough band of the early 2010s brought rural south Co. Derry to the international stage, with their infectious indie melodies and accessible lyrics, as relevant to teenage life a decade ago as it is now. A three-piece, fronted by siblings Owen and Enda Strathearn, who had been performing right up until the beginning of this lockdown, despite their last album release occurring almost eight years previously, the band are well worth a listen, and undeniably indie icons of the island.

I feel more strongly about Eli Hewson’s lil hoop earring than I do about most people but ANYWAY, Inhaler are a band of south-Dublin posh boys fronted by Bono’s son (Spawno?) Elijah. They are the sound of Ireland in 2020, and despite having a name inspired by their frontman’s respiratory condition, they are characterised by his soaring vocals layered over a devastatingly unique synth-pop meets guitar-rock melody. I hate to love them, but I simply cannot help but to. They are objectively very good at what they do, they are forward looking and exciting to listen to, definitely worth the stan.

Okay and they are four very beautiful rich boys with guitars that doesn’t hurt either.

Admittedly I only recently started listening to these guys, but the Maynooth-based rap duo have a sound unlike anything else I have heard from this Island in living-memory. Their sound is exciting, their lyrics are original and accessible. The two men making up Tebi Rex, Matt O’Baoill and Max Zanga, are both exceptionally good at what they do, and their respective styles compliment each other perfectly. Men Are Trash honestly speaks to me, they are truly stan worthy, ones to watch and ones that are so forward looking and genuinely so exciting to listen to.

If you can’t tell by now that I really love Derry, here is another prodigal talent from Ireland’s should-have-been capital city. Her music is intense, you can tell from first listen how much of herself she puts into her songs. Her sound is messy, chaotic, and yet beautiful and well crafted. She has an unmistakable voice, layered over a beautiful and raw melodic soundscape, utilising everything from synth to orchestral strings throughout her projects. Her songs are sad without being cringey, she simply is emotive and honest – beyond her years even, and this is well evidenced throughout her music.

I have no choice but to stan.

In Ireland, you get a generation defining indie-pop/indie-rock band to the calibre of the academic about once in a decade, if you’re lucky. For the last five years, this four-piece from Mullingar, Co. Westmeath, have been supplying us with tune after tune, LP after EP, each managing to perfectly capture that coming-of-age long summer road-trip sound every band tries at some stage to achieve. They’re able to tell stories, to convey feelings of love and apathy, and even of our more recent isolation, in a way that is so rarely found in their genre. Above all, they are exceptionally talented musicians who are genuinely enjoyable to listen to, and they deserve the stan.

Post-punk five-piece Fontaines D.C formed when at College in Dublin in 2017, though hail from all across the Island, with the frontman Grian Chatten even being born in Barrow in the North West of England. Despite their debut only being released a year ago, they have already become synonymous with the Dublin music scene, and the post-punk scene across Ireland at large. The lead single of their sophomore album was released in Early May, to broad and wide-ranging acclaim. Their sound is infectious, addictive, yet distinctive. Despite their limited discography, you can’t help but get yourself excited for more. Chatten’s voice is incredible and distinctive, their sound is remarkable, their appeal is broad and diverse. They’re ones to watch, and well worth a stan.

My personal favourite band from my favourite city, Cherym really are a band by the girls and the gays for the girls and the gays. They are three ‘sassy’ Derry girls with so much craic it radiates through their songwriting, resulting in their characteristic fusion of pop-punk and garage-rock, perfectly contrasted with catchy, danceable lyrics covering everything from shitty exes to good friends. Individually, the girls are three remarkable talents, and these blend so well together to produce the top quality punk music the people of Ireland so desperately need and deserve. You should definitely stan, they’re pretty class 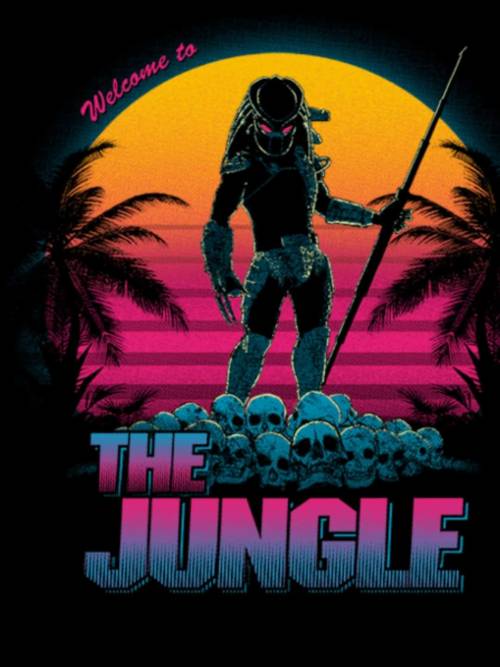 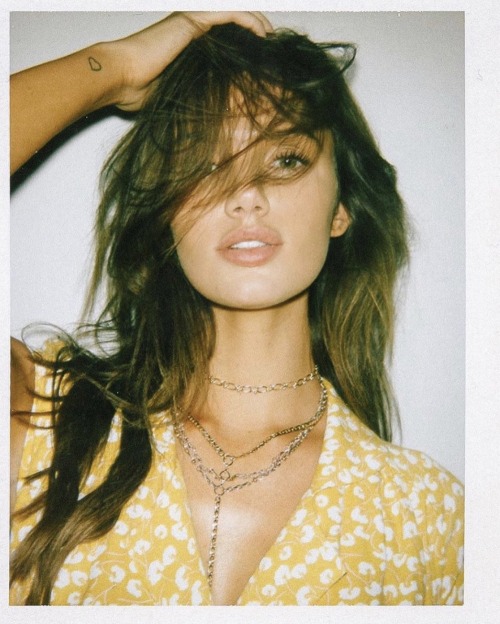 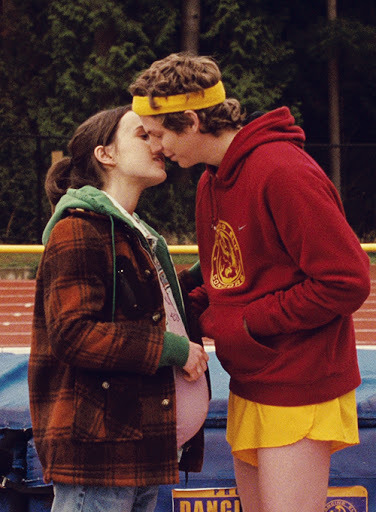 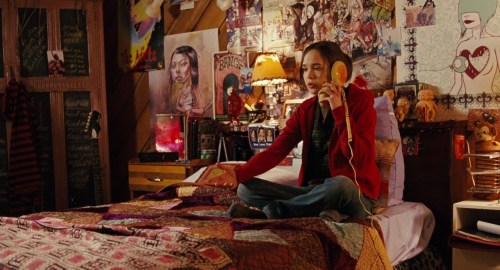 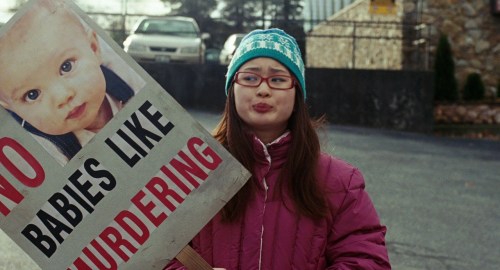 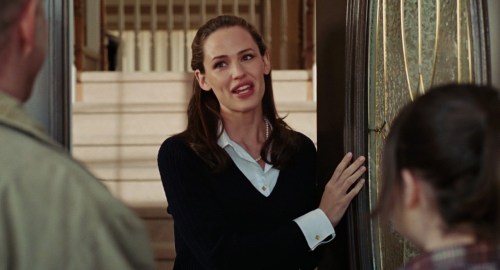 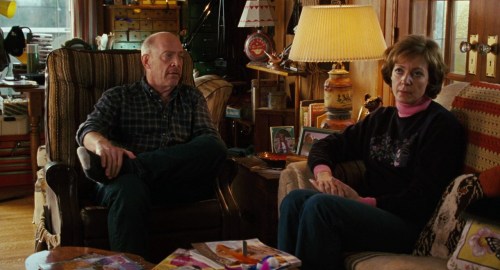 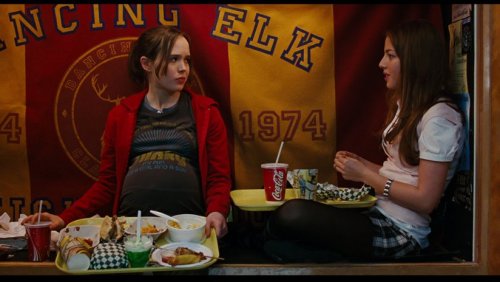 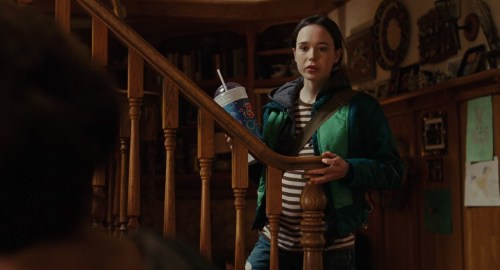 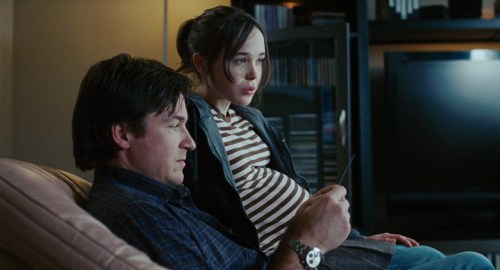 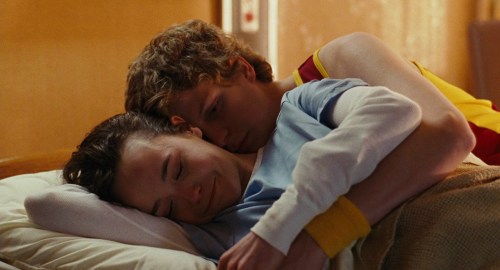 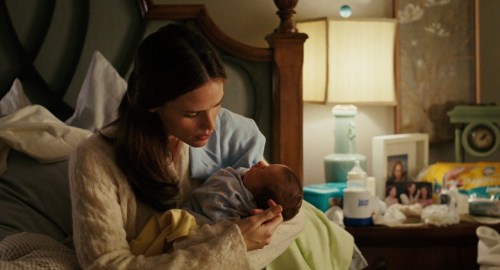 we know where you live.