So my dears, I am finally going to fulfill my dream of starting doing rec lists. I would like to help fill the unfathomable void that has been left behind by @alexxphoenix42. Let me tell you, I have no idea how she did this job for so long, it’s harder than you’d think, but so much fun. Anyways, this is the first rec list of hopefully many, feel free to send me asks for fics/lists and I will put them together as quickly as my little hands possibly can. I dedicate this first list to @srebrnafh for her unending kindness, support, and overall general awesomeness, you are the greatest! And, by the way, I found the fic you were looking for!!! It’s the very first one on this list, I’m really glad I was able to find it.

You can see my search results here in case none of these are to your liking. If you would like to be tagged in future lists just let me know and if you want to find my lists search for the tag #cc rec list.

Missing in Action by Alphinss

Lestrade is worried about Sherlock. He hasn’t seen the man in a week. What else is a man to do but break into the man’s house under the pretence of a drugs bust. But who is the man that almost shoots one of his officers and why is he in Sherlock’s flat?

A Long Time Coming by thestanceyg

Sherlock’s been acting strangely, and Lestrade isn’t sure why. One day he finds a shirtless soldier in Sherlock’s flat and things start to make a lot more sense.

Sherlock has not been seen or heard from for more than a week. Lestrade decides to begin his search for the man at 221B Baker Street. When Scotland Yard’s finest arrive at the flat, what (or rather who) they find is certain to surprise them.

John has been away for Sherlock’s entire career and suddenly returns to London unexpectedly from Afghanistan. Injured and tired and in pain, all he wants is to surprise Sherlock and kiss his husband. His search to find and surprise his wayward partner takes him across London and meets him up with those in Sherlock’s world he has only heard about until now.

A quickly written story that was meant to be my version of “Everyone Meet Sherlock’s Secret Husband - Ha Ha In Your face” - but I got this instead.

The Bee Charmer by dreadpiratewatson

Greg goes to 221B to check up on Sherlock after a strange phone call pulls him away from an important case, and is stunned to find himself in front of a gun brandishing soldier with a sleeping Sherlock on his chest.

John Watson is a doctor, a war hero, a husband, and the only one in the world who can soften Sherlock’s heart.

This Isn’t Happening by Emma_Locke

Greg never believed the rumors that Sherlock and John were shagging, not really. Sure, it was fun to tease and taunt his friends, but he knew their relationship was solely platonic. He had never seen any action to suggest more than that, so he continued to hold by that belief until proven otherwise. The last thing he expects is to inconveniently interrupt various impromptu make-out sessions between the pair, but is that really what’s happening? Neither Sherlock nor John ever say anything about it, and they seem thoroughly confused when he brings the topic up.

Are those two idiots setting him up?

Or does he just ship Johnlock harder than anyone thought?

Outed by a Drugs Bust by Inactive Account (sassybleu)

Their relationship status didn’t leave the confinement of their flat, so when they got lazy days like this; Sherlock without a case, and John without work, they took full advantage of it.

Sherlock and John are together-but no one else knows that. The damage is done when Lestrade and his crew break in on a drugs bust.

I’ll Greet You With a Smile by sevvyboy1fangirl

When John comes home from the war, Sherlock is there to greet his husband at the airport. How will others react to the news of Sherlock having a husband? And how will John react to meeting those that are in his husbands life? And how will Sherlock and John’s life continue now that John is home?

Looking back, there were a few things that should’ve tipped Greg off long before that night at the pub. A few things Sherlock left fairly obvious, that on reflection, made Greg question how he’d gotten his job in the first place.

The Blind and the Clueless by InTheShadows

When Greg first meets John Watson, he mentally wishes Sherlock the best. Lord knows that man needs someone who can keep up with him. When John keeps coming back, Greg is impressed. When they seem perfect for each other for each other, but neither of the blind idiots see it, well. Then Greg is less so.

aka 5 times Greg saw John was perfect for Sherlock but didn’t say anything and one time he did.

Words: 4.5k Rating: Mature (Could make a case for explicit, read with care those who are sex-repulsed)

A holiday party, too much whiskey, and something is revealed when a soldier goes too far.

Behind Closed Doors by Mssmithlove

An hour earlier, everything had been different. Sherlock Holmes’ heart had not been in pieces on the tiled hallway floor of his secondary school, grey eyes blinking back the tears threatening to fall down his cheeks, knees shaking with the effort not to buckle and knock him to the ground on the first day of his last year here before university.

An hour earlier, Sherlock Holmes had been happy.

In Which Sherlock Is Hiding Something by Huffordle

Sherlock is hiding something from Greg although the DI doesn’t notice.

A Surprise in 221B by lancesface

Lestrade entered the flat prepared to find a consulting detective sulking on the couch due to the lack of cases but instead found a short blond man, wearing an oatmeal jumper, who was limping down the hallway towards the door.

Sherlock is away for the weekend, John indisposed. And Greg would never admit to himself how desperate he was for Sherlock’s help. A series of phone calls to concerned parties, and a frustrated Detective Inspector later, alibis would prove to never be enough.

The Most Noble of Bullies by emptycel

John Watson is abused at home and the biggest jerk at his school. He has no qualms about being as cruel to his classmates as his father is to him. No one is safe from his torment.

Except for Sherlock Holmes.

But you can’t expect John to bully his secret boyfriend. 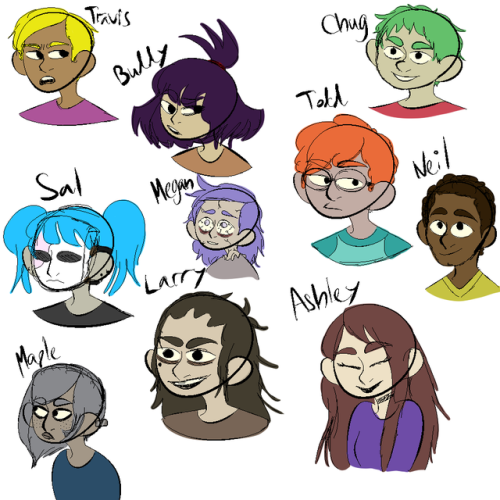 I started drawing @jinxschoiceweapon‘s Lisa Face (Lisa RPG/Sally Face crossover that we made lol) Buddy design and it spiraled into drawing the kids of SF!

↳ “it’s a form of torture, having to swim through my old life.”

Sorry my schedule has been so crazy with rec recently. Summer vacation makes things a little crazy. Anyways, apologies for my tardiness recently. Hopefully I can get back on track. Here are some first kisses for John and Sherlock!  Hopefully one catches your eye, here are the search links! Search 1 Search 2

John keeps finding rocks and he doesn’t know why.

Stop The World by Katey

Emotions are a rollercoaster, alcohol is the fuel and Sherlock just wants to get out.

Too bad they locked the cell.

Hydrogen, Helium, Sherlock begins as he hears the thunk-thunk-thunk of John’s trainers on the stairs. Lithium, Berylium, Boron, he continues as the door to the flat swings open.

Focus, he thinks, and that’s not part of the table, but it is essential. Just get through this.

The interior of the fridge was a sea of masking tape and marker pen. Nearly every item that John had bought that morning was labelled with an unambiguous, uppercase “SHERLOCK HOLMES.” His full name, to distinguish it from other Sherlocks who might live in the house and lay claim to almost all their food.

Just to claim, and be claimed in return.

Sherlock is the loner kid that has no friends, and is certain that his interest in popular rugby player John Watson is unrequited. One day, he starts getting hearts in his locker from a mysterious admirer and has to decide whether or not he wants to find out who fancies him.

There’s no place or time in which John Watson and Sherlock Holmes wouldn’t have met. If it hadn’t been St. Bart’s it would have been somewhere else. But where? And how? Here are some other ways that most legendary of partnerships might have begun.

**NOTE-Each chapter is a short standalone ficlet. There is no connection between them and not all of them are first kiss fics**

While 221B is still under construction, Sherlock stays with Rosie and John.

The Great Sex Olympics of 221B by XistentialAngst

John Watson thinks Sherlock Holmes should admit that he, Watson, is more of an expert on sex than Sherlock is. But Sherlock refuses to concede the point. He comes up with an experiment plan that will resolve the issue. The results will determine who wins the prize. But sometimes even the best thought-out scientific study has unexpected consequences.

In which Sherlock Holmes gets hay fever, gets a lisp, gets quiet, gets John Watson, and gets the giggles.

5 times John (thought) he noticed something peculiar about his and Sherlock’s relationship but really missed the obvious.

Nothing I Want More by Joolzmp7

John is suffering in the aftermath of Sherlock’s fall. When he finds a secret message it brings hope and leads to new discoveries and sends him off on a mission to rescue his lost friend. Sherlock needs time to recover and John is happy to provide him with all that he needs - and he does mean ‘all’.

Not Necessarily Nuptials by Lorelei_Lee

John Watson had never really given much thought to the details of his wedding. But he was sure that he never thought of abandoning his bride at the altar and fleeing in a hail of gunfire on the back of a motorcycle driven by his supposedly dead best friend, Sherlock Holmes. Not in a million years. That didn’t stop it from happening.

Thank you guys so much for all your love and support. I promise, I will get back on schedule soon. I just started a new job and haven’t had much free time. Love you all! 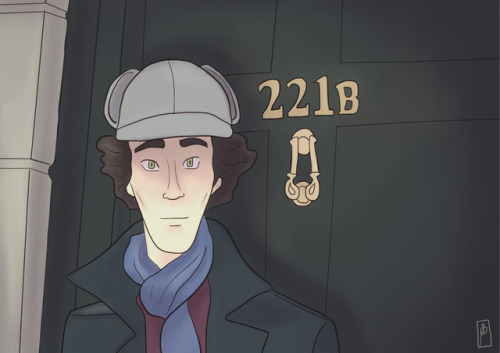 Another old one! My personal version of Sherlock Holmes.
Remember to credit, if you use it. Thank you! 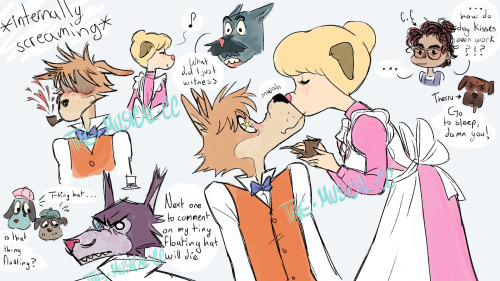 I’m like the only person who thinks Holmes and Mrs. Hudson would be a cute couple but whatever.

BBC Sherlock should have just been these Behind The Scenes pictures 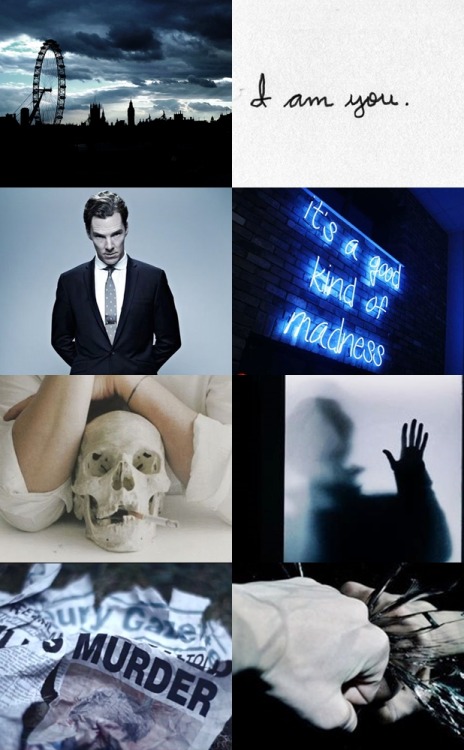 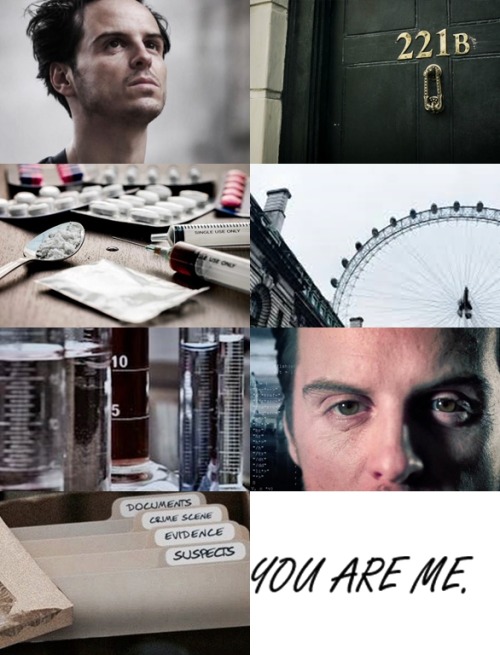