As you’re probably aware, the coronavirus disease, or COVID-19, has now been found in countries all over the globe. This is an understandably disconcerting moment for many, but there are steps we can all take to help mitigate the effect on our communities.

COVID-19 is spreading, but misinformation and disinformation are spreading even faster. The most responsible thing you can do is protect yourself from both the disease and false information. Being prepared with facts and data instead of assumptions and fabrications will help inform how you can best prepare for COVID-19.

Here are some resources you can trust:

There’s another thing about this news that a lot of places are not talking about: the toll on one’s mental health, especially if you are someone who struggles with anxiety. If you find your concerns about being prepared are crossing a line that affects your mental health, please consider reaching out to a loved one who can guide you to help, a mental health professional, or an organization set up to help those in need.

Here are a couple of organizations you can trust:

Take care of yourselves, Tumblr. Wash your hands well and practice keeping a safe distance from others. Head on over to @world-wide-what for a refresher on what fake news looks like and how it spreads. Pass those tips onto others when you see them accidentally spreading false information.

The (wrong) take people keep repeating about how “the numbers are fake/inflated because people didn’t die of covid-19, they died with covid-19!!″ is born from lack of medical knownledge about how diseases cause death and how death certificates are filled by medics, not just in the case of covid-19 or other infectious diseases, but every health condition.

To begin with, this is how the “cause of death” section of a death certificate typically looks like (it can change from country to country but it nearly always has this structure):

Notice there are multiples lines. That happens because diseases often cause a sequence of events that result in death. You’ll often see Covid-19 at position I(b) or I©, with something directly caused by it (e.g. interstitial pneumonitis) showing up above - that means the intersticial pneumonitis is a direct consequence of the Covid-19 infection: it would not have happened without it, and as such most statistics about covid-19 deaths will include this case - just like it would happen for every single disease.

I’m not fucking ‘fine’, but I’ll say it anyway. At least it keeps them quiet.

The lovely @redbeardstefuk tagged me for a selfie, have two bc I actually got dressed and wore makeup today 💃🏼😂

It’s my niece’s birthday so I went over to my sister’s house with the cake I made her yesterday. I really wish I got a better photo of it but I was proud of it! Six hours spent making chocolate butterflies last night was worth it for the look on her litle face.

Also if anyone likes trance I recommend that Chocolate Puma track 💃🏼

If you like to run or incorporate cardio into your day, I’d like to hear from you on these! I’m interested in different routines. Don’t have to answer all of them if you don’t want, feel free to skip as needed 😊

1. What’s your secret weapon that gets you ready to go? Coffee? Particular songs? Splash of cold water? Hard slap in the face?

2. People with long hair, how do you keep it out of your face and under control? People with short hair, do you use product when you’re exercising?

3. What’s your get-to-the-finish song that never lets you down?

4. Would you recommend the shoes you’re currently using? If not, what’s your dream pair?

5. Runners only! Do you ever see animals while you’re out? City slickers, do you pass any cool shops or businesses?

6. Non-runners only! Do you prefer to work out at home or at the gym?

7. What are your thoughts on nodding/waving/smiling while passing other runners? Do you do it? Should everyone do it? Non-runners, what’s your etiquette for saying hi to others at the gym?

9. What’s your favorite post-cardio meal? (Bonus points if you post a picture!)

I’m tagging anyone in my recent notifications as well as some blogs I simply admire and would like to get to know better. 👋🌼

I also tag anyone who follows me and likes to run!

Not much going. Working. Momming. I have been lax with my food over the weekend and I’m having to jump on the struggle bus to get motivated again. I have held steady with my weight, but it’s hard not to be bummed when it FEELS like I’ve wasted an entire week and I am limited with time before I have to go back into the clinic.

Alas!!!! Regret is a wasted emotion 💪🏼 that being said, here’s my chart

I have ~ 2 more weeks of guaranteed work from home time and I’m making it count. By the 21st I should have 5 pounds down - I say that knowing some of my weight is water weight from being a salty snacker, and should drop relatively fast with water, tea and not eating that shit!

I’ve cleaned the house. All the laundry is put away. No dirty dishes. Cooked…..I’m ready to do this thing!!!

I’ve gotten a lot of questions recently about deworming.

I advise Fenbendazole for POULTRY only, for CHICKENS and TURKEYS.

It is NOT safe for doves or pigeons.

What Are They and Where to Find Them: An orchid native to North America. One of numerous color variations of its kind. There are four main varieties which vary in color and shape. The plant is common and widespread in North America, it is legal to pick in most places. [There are, however, rare and endangered varieties of Lady’s Slippers, be cautious.] They can be found growing in mesic forests, woodlands, fens, prairies, and meadows, though I have found them predominately growing on the shady forest floors beneath Cyprus Trees.

Native Medicine: [Warning: Do Not Try These Remedies Yourself, without doing the proper research] The Lady’s Slipper was used historically by Native Americans as a medicinal plant to bring down fevers, cure headaches, and ease cramps and labor pains. The Yellow Lady’s Slipper was the most commonly used. Drinking tinctures of Lady Slipper’s roots is said to ease insomnia, anxiety, and bring emotional calm. To do this the roots would be collected, dried, and ground into a powder. (The active chemicals in the plants [cypripedin] are said to taste and smell rather revolting though.)

Symbology: Considered to have a powerful feminine energy, and was used medicinally for distinctly female illnesses. Over the years they have come to represent death, distinctly the death of Native American tribes. In one poem “The Moccasin Flower” by Elaine Goodale Eastman, the flower represents isolation and pride in self. In Victorian “flower language” the lady’s slipper represents “capricious beauty”.

A Visualisation of the Airflow with and without a Facemask. This is done by Utilising Schlieren Imaging.

If you’ve been beating yourself up over weight gain during the pandemic, please, please try not to.

You’re surviving a worldwide collective trauma right now. You’re going through life-changing events. I promise you that a weight gain is nothing to be concerned about. Nothing is normal right now, there will be changes and I promise it’s okay if some of those are to your body. And you really don’t need any added stress at a time like this; it won’t do you any good.

We’re all in the same boat. I promise you that everyone gets it if you gain a little weight. It’s okay. 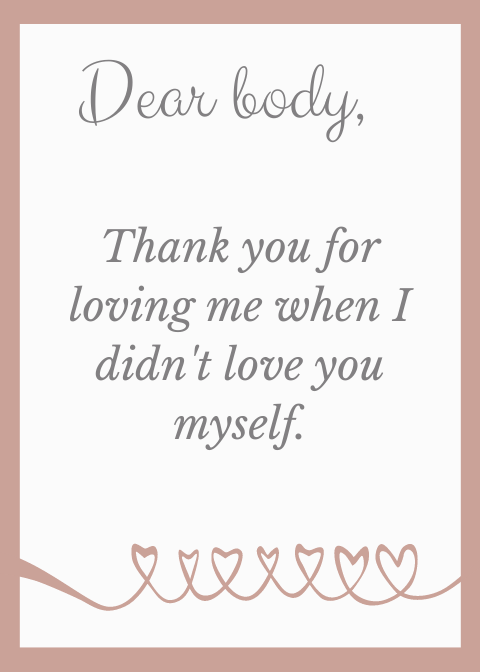