I love your writing! I was wondering if you could write something with Ahsoka, Anakin, Obi-Wan & Rex? They're always on the battlefield but it would be nice to see them spend time together off the battlefield. 100 bonus points if there's hugging & deep emotions. Thank you!

“My stomach hurts.” Anakin muttered, eyes half closed with his head on Ahsoka’s lap as the padawan petted his curls gently. “Like it really hurts.” He grunted and huffed when Kix came over from Jesse’s side to give him a checkup, rain falling outside the cave they had sought refuge in.

“I told you not to eat those bugs sir.” Rex offered almost cheerfully. “You may have been raised on bugs sir but not everything edible to us is edible to you, we’ve been genetically engineered to manage to even eat raw meat without getting ill, never mind the various bugs of the galaxy.” He grinned a bit.

“Not that we have to like it.” Fives grimaced, lifting a wiggly worm slowly and looking faintly green as he dropped it back in the bowl.

Anakin was about to say something snarky when Ahsoka spoke up. “What happens when the war ends?” She questioned softly.

For a moment no one answered, the rain falling outside the mouth slowly.

“I don’t know about all of you but…” Kix sighed a bit as he pulled his scanner away, a half smile on his face. “I’d like to join a medical clinic, I’ve seen a few shoddy ones in the slums different places and… well it would be nice to help people after the war.” He gestured lightly then patted the General on the shoulder. “And drink some water General, the bugs need to pass through your digestive system.” He moved back to Jesse, the other clone throwing his arm around his lover.

Fives hummed a bit. “Not sure yet, I mean clones are… breed for war but…” He looked thoughtfully at his hands. “…I’d like to create something. Perhaps I can join a relief effort for refugees, building homes for them?” He glanced around.

Rex chuckled quietly at that, eyes closed. “I’m staying in the army and if that gets dissolved then I’m joining a security detail somewhere. This is what I was made for and what I like, fighting though I wouldn’t mind having a few break days.” He sighed.

“…I might leave the Order if the war ends.” Anakin said into the quiet.

Ahsoka’s hand froze on him before going back to petting slowly.

Everyone in the cave knew the unsaid ‘secret’.

Anakin would go to Padme.

None of the clones looked too surprised.

“I’d miss you when you left then.” Ahsoka whispered, forcing a smile when the other glanced up at him.

Squeezing her knee with one hand, Anakin snorted. “Oh I’ll stick around until you’re a knight Snips. I mean Obi-Wan needs someone to look after him and I need to make sure you can look after him once I’m gone.” He teased before grunting and settling his hand back over his stomach. “Urgh.”

“Regardless.” Rex pulled one of the worms out of the closest bowl, gesturing lightly. “There are plans Commander for when the war ends. We’re all thinking and planning and hoping. So don’t lose sight of that.” He smirked before glaring at the worm. “And you better not taste like acid.”

He threw the wiggling blue thing into his mouth and chewed fast.

In moments his face turned into a disgusted grimace that got laughs all around.

“Acid flavor.” Rex gagged and then sipped water to rinse his mouth out. 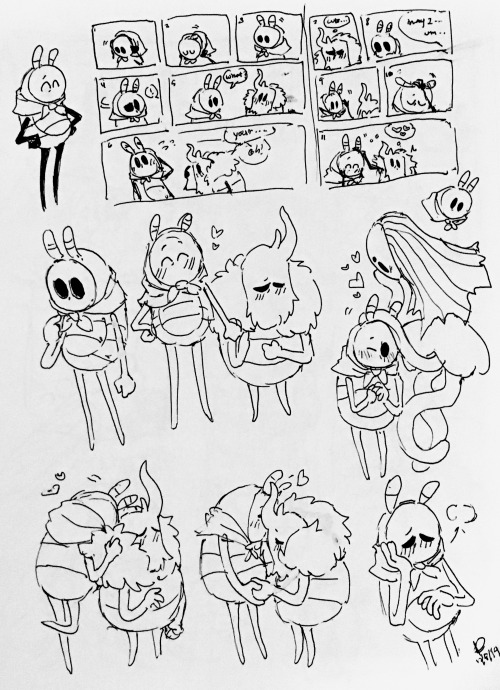 Hi everyone. So me and my lovely friend @hopeless-taejinstan decided we should do 100 reasons to ship taejin. So here is part 1 of two.

1. Both Jin and V are foddies. They purple food.

5. When V puts his arm around Jins shoulder or just put his head on them.

6. When Jin sometimes put his hand on Vs thigh or hand.

7. Jin gives V food and takes care of him. (Jin ofc does it to all members)

14. V praises Jin a lot. He also protect him from the other members teasing.

20. V gets easily jealous if someone touches Jin or does anything else with jin.

21. V is also very possesive of Jin. He has showed this many times by having his arm round Jin but also by touching Jins jaw.

22. Jin can also be a bit possesive even of he dosen’t show it that much. Like the end of DNA he sometimes hugs V.

26. Jin touching Vs back

29. All of their bts run moments. Like changing shirts and laughing with each other.

32. The spring day moment. When Jin walks over to V and sometimes touches Vs shoulder.

34 They both love anime. Thats how their friendship began.

39. Their first log showed that when Jin touched Vs cheek he kinda got flustred.

41. All of their Photo shoots with each other.

42. Often when the sit next to each other they ofter play around or touches the other one.

43. When Jin had pink hair V had blond and when V had Pink Jin had blond hair.

44. V and Jin have a cactus together.

45. When V was tired Jin helped him by holding him

46. V let Jin rest on his shoulders when he was not feeling well during a rehearsal.

49. They sometimes mirroring each other

50. Shopping and eaten with each other.

This post is pretty long. Sorry. I hope you enjoy this

I purple you all!