Lucifer: why are you making pacts with my brothers?

MC: because of Belphegor

Have the boys ever bullied Solomon?

Solomon: Do you think they can? 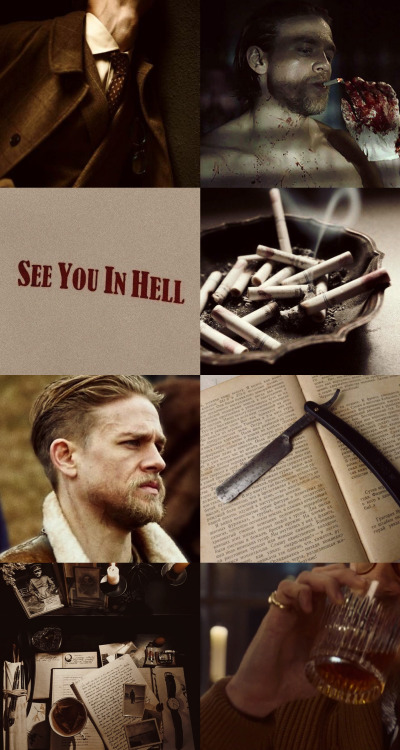 All those new chats! And to think that I thought earlier that they actually complied with the ban 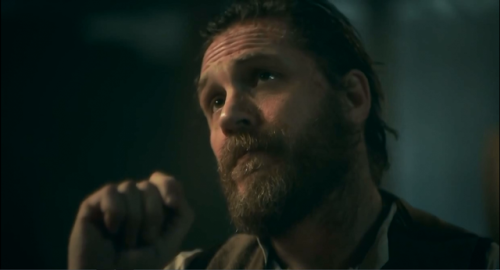 I have officially fallen into the obey me hole, so ill be doing fanart of that too soon

I love how everyone is falling for Solomon now, like

How could you not have fallen for him previously?!?!

I flipping fell for him as soon as he smiled. How do you guys resist his charm??? I need to know!!!!!!

neysebenboyleyimtanrininprezervatifitom hardyalfie solomonssolomonpeaky blindersgifgifsgreenmanmenguyguysactorlovexoxomovies
94 notes
Loading...Show more notes
Reblog
My baby going to her safe place, and it just happens to be Daryl's camp.  My heart.

The fact that EZ knew exactly where to find her says so much about the dude and his knowledge about Carol’s feelings for Daryl.  At least to me.  I mean, I don’t know quite how to say this, so I’ll just say it straight up.

The man has eyes and ears, but he chose to bury his head in the sand as long as they had Henry to co-parent because he recognized a need of Carol’s that he could fill. He plugged his ears to any talk about Daryl and any stirring thoughts of him being the most important person to Carol because he had the only card that could possibly trump those feelings of hers in Henry.  So basically, he was content to settle for a shadow of the person Carol was/is as long as he actually got to keep her and personally?  I find that sad.  Not in a poor EZ, he deserves better kind of way.  Even though I feel that, at heart, he’s not a bad guy.  No.  It’s more of a damn, man, it’s a little selfish to recognize these feelings these two have for each other that are bigger than they can even put into words–hell, they haven’t–and then want so badly to cling to the lie when you knew from the very beginning Carol was running from love.

He’s known all along.  And maybe at first it was just a sneaking suspicion, but by the time Henry met his tragic end and the whole charade was falling completely apart? His gut was speaking to him loud and clear then.  Because why else would he ask Daryl to give them space to work things out when he knew Daryl made Carol happy and was a source of comfort?  Why else would he be given Carol and Daryl such pained looks?

I don’t know.  I’m not saying he’s evil.  Far from it.  But he’s definitely not the bigger man here.  Not by a longshot.

The Walking DeadSeason 10 spoilersCarylCarol x DarylCarol PeletierDaryl Dixonif Carol was the baby in the King Solomon story with the two mothers?Daryl would 100% give her up out of pure and unselfish love for her so that she might livethe other guy?not so muchhere's hoping his character growth this season comes in the formof finally letting her go and be with the man she really lovesthings that make me crymy heart
74 notes
Loading...Show more notes
Reblog

Okay so we know how the brothers feels about MC but what do they think of Solomon ? Do they like him ? Is he nice to them ? Does Solomon have a favorite among the boys ? (And also what about Luke ?) Also please give a lot of pats on the heads and candies to them from me they have been really good boys until now so they deserve them !

Luke: He likes to bully Beel.

*God - I regret creating you*

Asmodeus: I don’t know if this is funnier with or without the context of this being a comment on a gnomeo and Juliet vore fic

Satan: A fucking what

Levi: The f in lgbt stands for fortnite

Beelzebub: There’s an f in lgbt?

MC: Yeah it stands for fortnite

Solomon: Hey guys did I mention I live on a fucking weird island and sometimes land crabs with 8 inch claws try to get into my house

Diavolo: Cute puppy what breed is he

Belphegor: I’m in no position to have high standards but it doesn’t stop me

Belphegor: Nothing is more satisfying than someone walking right past your hiding spot in hide and seek

Simeon: How old are you

Luke: “You’re too young to be in love” let me just remind you that when Romeo and Juliet met, Romeo was 16 and Juliet was 13

Levi: Getting annoyed after illegally downloading music when it turns out to be bad quality

Mammon: This isn’t what I didn’t pay for

Simeon: Just remember the reason you’re born is because your parents are both straight

Solomon: My parents were both bisexual try again

Satan: I was raised by rocks with googly eyes stuck on them

Me: *feels good all day*

Me: Life is hell and I was born to suffer

Mammon: What are the negative effects of pulling your dick out in space?

Satan: Your dick would explode because of the lack of pressure in space. The blood in our dick would push out with a ton of force. Yeah not fun.

Mammon: Do you think that mosquitos dare their friends to bite somebody with bug spray on

Lucifer: No, because mosquitos don’t have the mind to be able to communicate in such complex ways

Mammon: Oh I’m sorry I didn’t know you were the world’s top mosquito expert excuse me

Levi: I enjoy video games because they let me live out my wildest fantasies, like being assigned a task and then completing that task

Mammon: GUESS WHO GOT SOME APPLE FLAVORED SHAMPOO

Mammon: WAIT NO I MEANT SCENTED

Mammon: I just threw up

Levi: Nothing is awkward or cheesy if you don’t give a fuck. I’m on this earth to have a good time not to be seen as cool

Beelzebub: My mentality switched to this halfway through Highschool and life went from being bad to being fucking awesome really quickly

Mammon: I just figured out the perfect murder

Diavolo: Welp looks like the victim committed suicide and promptly buried themselves in their garden. How considerate of them

Beelzebub: I have a bathbomb from lush but no tub so I guess I’ll just have to eat it

Lucifer: Kill me yourself you fucking pussy

Belphegor: Being a pessimist is great, I’m always either right or pleasantly surprised

Barbatos: That’s a very optimistic way of looking at pessimism

Mammon: “Money can’t buy happiness” is such a boomer concept like…I don’t want excessive wealth to buy a gold plated toilet seat Karen, I just wish I wasn’t crying because I can’t afford both spaghetti and rent after working 40 hours a week

Levi: Help I’m broke I spent all my money on coffee

Levi: Jk I have 5 more dollars just enough for another coffee

Levi: Help I’m broke I spent all my money on coffee

Beelzebub: They should make a season 4 of the simpsons

Barbatos: I have good news for you

Beelzebub: What is it?

Mammon: Nothing wrong with being a dumbass and owning a small cottage

Mammon: Don’t let anyone tell you that picking wildflowers and having a small stream run through your property isn’t a career 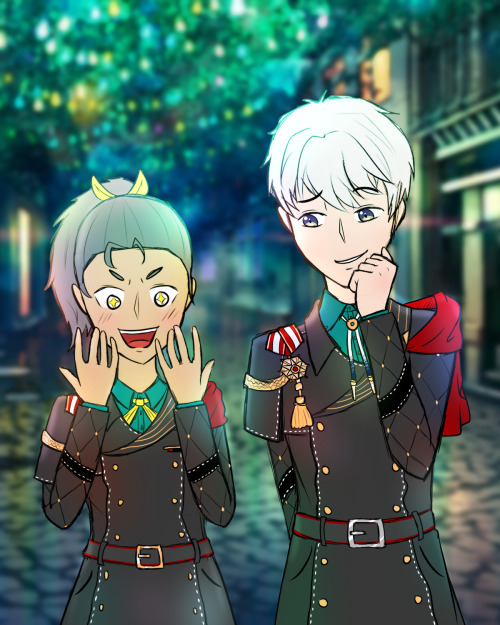 … because Solomon deserves some LOVE and RESPECT.

C’mon, who wouldn’t admire a guy who’s a magician with 72 demon pacts!?

I’ve had this idea since this morning

Welcome to the Obey Me bois but they’re from Danganronpa! A thread

Lucifer is Byakuya fight me I’m right and you know it as well.

Of course my stupid babies are the sa m e! Kaito is all about believing in people and all that is good and is a good bab and you know what? So is Mammon.

“GET OUT OF MY ROOM IM PLAYING MINECRAFT!!”

I don’t have anything else other to say then

Satan deserves to live out his detective drea m s

I got Ed to give me a Bill and Ted nickname. I have ascended.

Solomon: What about Widowmaker?

MC: I wanna be Winston

Solomon: I guess I’ll be Genji

Solomon: Then I’ll be McCree

Solomon: I have an idea

Solomon: You should be-

MC: I’m not gonna be Mercy

Levi: *falls out of his chair*

Recent events are now why I now stan Solomon. Bye guys, my MC is now moving to Purgatory hall.

Well, I dont think I would trust Solomon not fucking shit up again, tbh.
Also, for the people that are kinda wow with the whole Belphie killing mc, lets all remember that the boys been doing some shit against the mc: Lucifer tried to kill them a good amount of times, Mammon literally tried to steal shit from mc’s room and involved them in stealing Beel’s food that lead to them almost dying by Beel’s anger, Satan tries to kill them because they didnt accept the pact, Levi tries too because he is a fucking sore loser and Asmodeus is incredibly possessive, borderline yandere sometimes. We all playing with fire.

Pairing: Solomon X You
Genre: Hurt/Comfort, Romance
Song inspiration: Alec Benjamin - Must Have Been The Wind