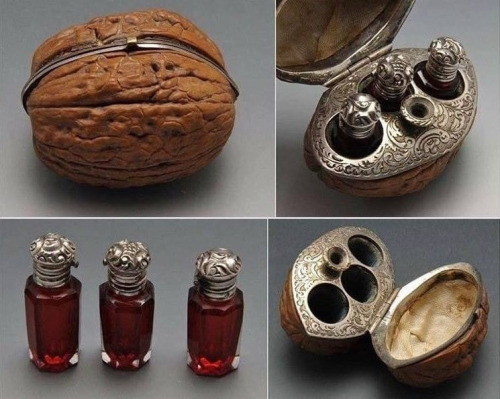 The Shell Box of real walnut made for perfume storage, greetings from France from the 19th century.

Soup should be a human right. In the heart of every town there should be a big pot of soup and you can help yourself. And if anybody meddles with the soup… well. the answer should be obvious.

can you tell im craving soupits about the 1 year anniversary of my forestry job shutting downwhere we got flasks of homemade soup for lunch every day1k10k
93,426 notes
Loading...Show more notes
Reblog 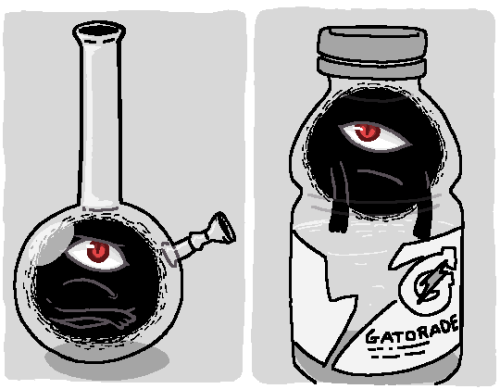 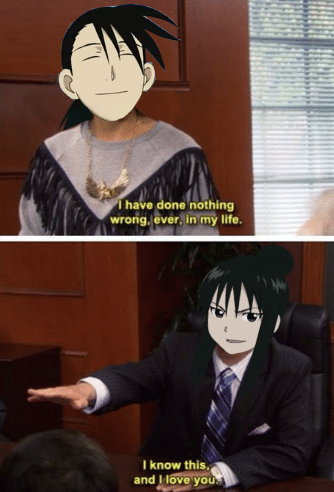 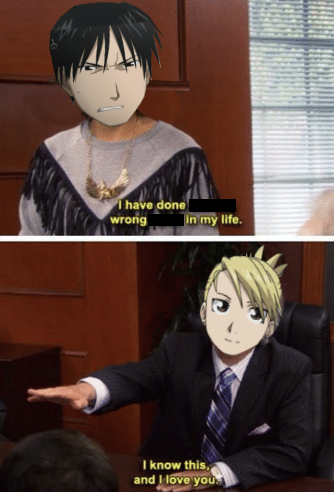 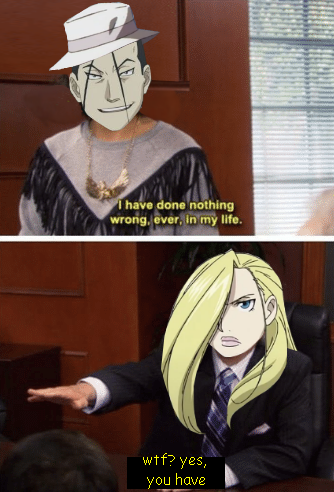 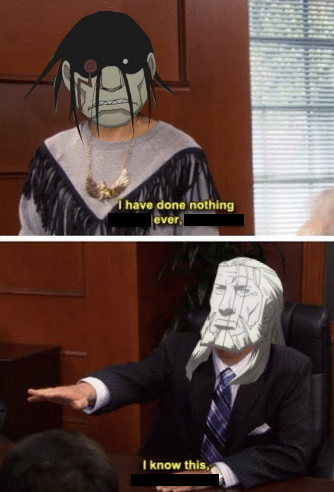 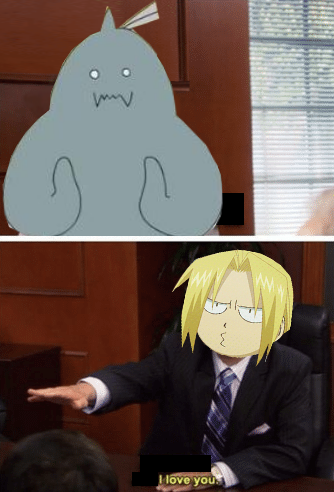 my pixel of the week! i love doing these girly pink pixels. c: Rihanna and Jen at the Grammy’s 😂

armiesnetnetworkbangtanbtsgifipurpleunetmin yoongiyoongiagust dvlivemygifi guess he carries a flask around in his pocket for occasions such like this ? :DDthis man i love him
6,446 notes
Loading...Show more notes
Reblog 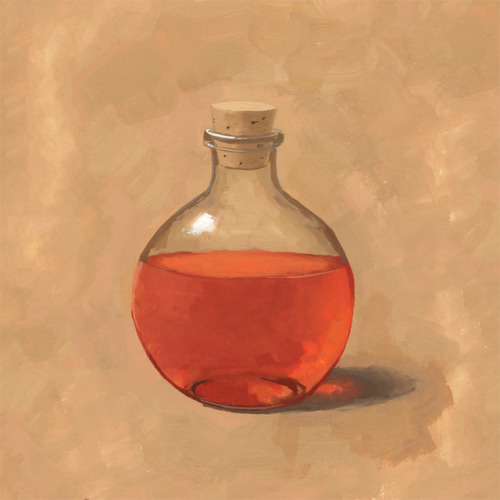 Hughes: The Dwarf in the Flask has become God. What do you do.

Ed: I roll to punch him

Ed: I roll to punch God 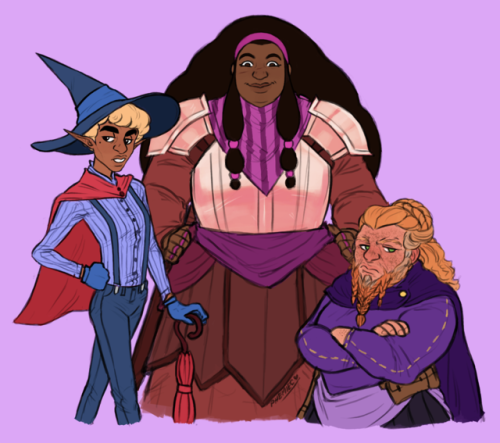 I see your “Julia survived instead of Magnus” AUs and I raise you a Lup and a Hekuba as her adventuring buddies …Trois Rowdy Gurls, anyone?

the adventure zonetazjulia burnsidesluphekuba roughridgeartboring composition but i just had to do this idea....julia is a sword and shield warriorand the kind of sweetheart that lights up every room shes inchalupa is a futch witch icon lbrand hekubas an overworked and highly competent alchemistshe has bills to pay and kids to feed so get outa her way unless u want a flask of bees to the facenot a genderbend btw!!these are their own characters fyi
4,854 notes
Loading...Show more notes
Reblog 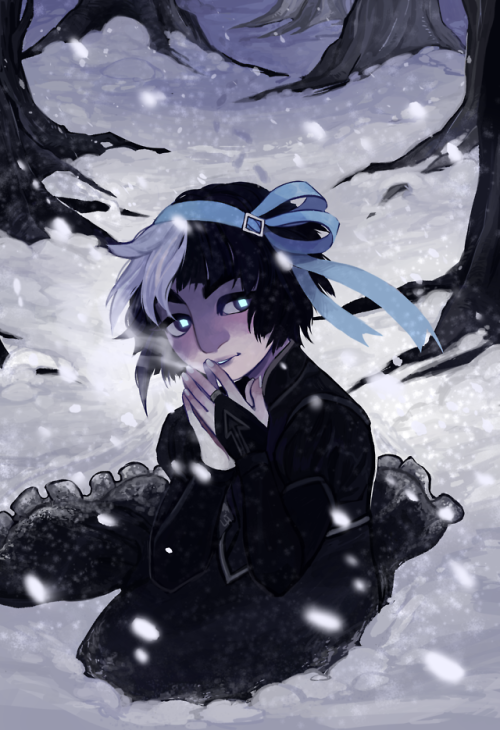 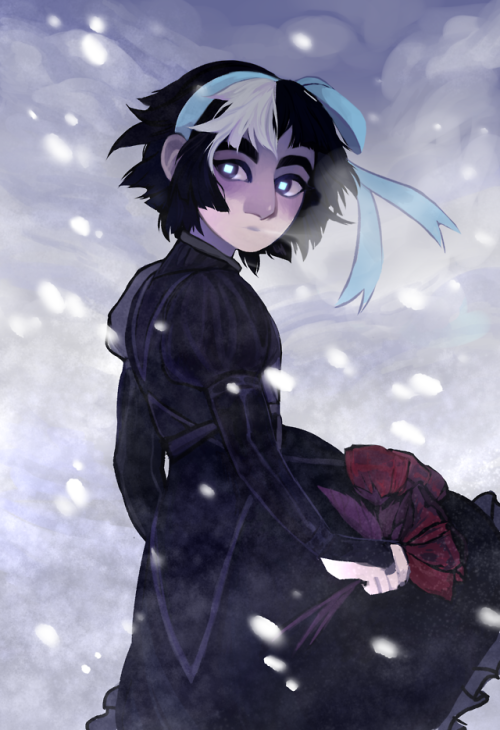 I… love characters with choppy hair

I drew these back when Magpie was first introduced and we didn’t know too much about her, oops

avas demonava's demonmagpie arrowmagdalai arrowdo any of us acknowledge the arrow triplets full names?for the fact that michelle will murder us most likely today and in the coming daysmy art
3,189 notes
Loading...Show more notes
Reblog 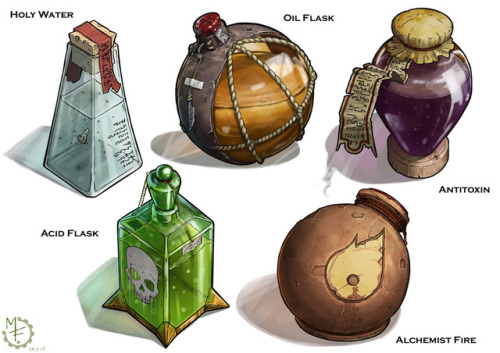 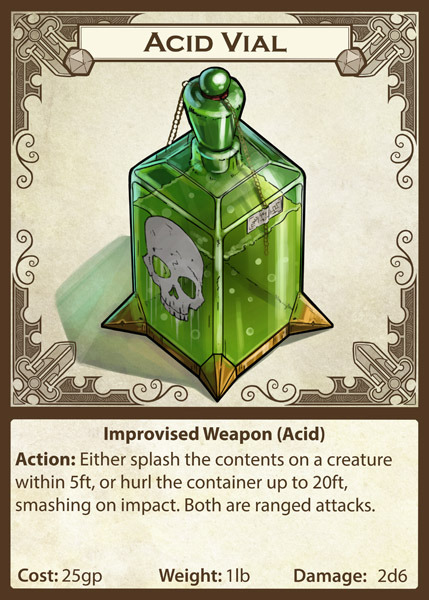 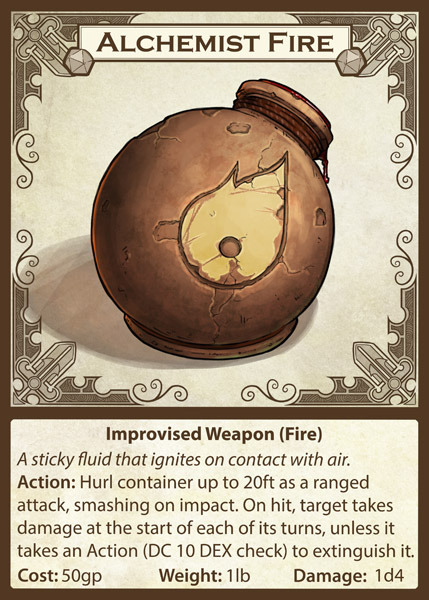 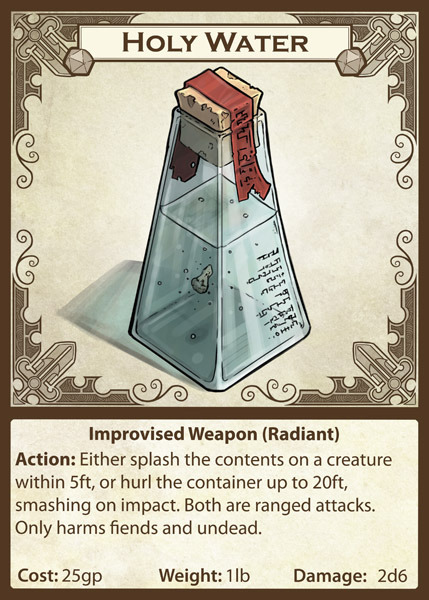 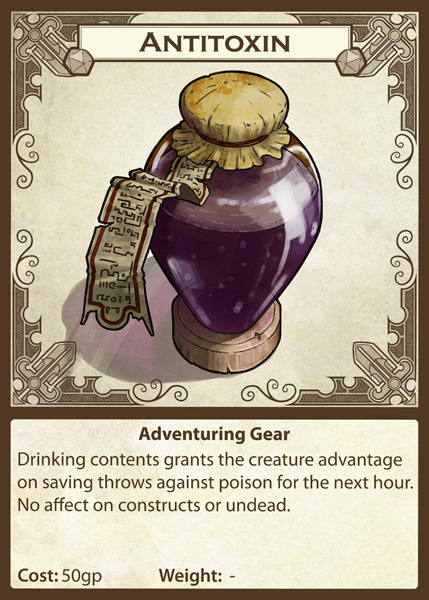 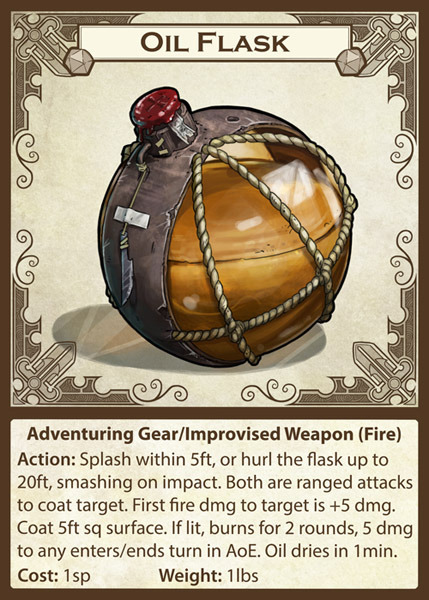 As a side project for my own Dungeons and Dragons games I have been practicing my concept and making Adventuring Gear art.
I popped them on Cards to see how they would work.

I’m quite happy with them. And if anyone from any of the big publishers are looking for artists, I’m available. :) 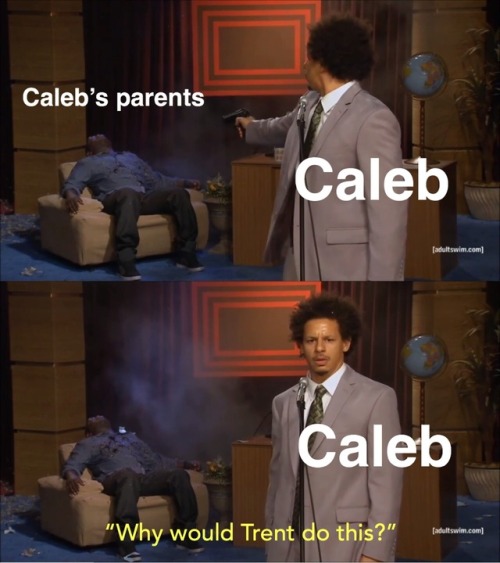 the image on sam’s flask tonight

FMA is a series which loves to dabble in themes of creation so it’s not surprising to have subtle nods towards sex.
To begin looking at this idea, let’s look at the episode surrounding Rush Valley and the introduction of Izumi Curtis. It’s interesting how these episodes are presented side by side of each other, considering one part features someone who successfully gave birth, while the next part feature someone who failed to give birth.

This creates parallels of life and death which are important things in FMA as well as adds depth to Izumi’s quote “always take pride in lives given to you.” The reason these two episodes add depth to this quote is because you see new life and practice as well as how easily life can slip through your fingers. In addition to those parallels, if you were to look at Izumi and what she had lost during human transmutation, you’ll notice they generalize it as losing some of her organs. Considering the fact that you can live without a uterus and her husband had said that she became infertile around that time, it’s possible to say what she lost amongst her organs was her womb. If this idea stands true, we have yet another theme of fertility added onto this episode.
The giving birth is a theme of the story by comparing the natural reproduction of man through birth to the unnatural reproduction of man attempted by alchemists.

Another way they tie alchemy and reproduction together: Ed at the very end of Izumi episode quoted saying, “alchemy is a part of that flow and the flow is life itself.” The whole point of that episode was Ed and Al figuring out that all is one and one is all. Basically meaning we are all part of a cosmic life cycle, we are all born one day and we’ll all die one day.

Coupled with the life and death observation, these symbolic representations through sexual reproduction and birth seemed much more intentional.
So, applying this notion, we look at the episode where Greed first takes over Ling’s body. Well, looking inside of Ling’s body during the application of the Philosopher’s Stone, we see dozens, tens of dozens of souls all swarming about, aimlessly, as they attempt to “penetrate” Ling.

All these souls are trying to fight for the chance at being the one to birth into a new body, a new world, a chance at life. Look at how Wrath mentions that whether he was the soul of all the other souls to come out on top, he cannot tell.

This sounds a lot like how you have sperm racing against each other at the chance of penetrating the egg, thus being the single sperm to have a chance at life. Out of all the sperm you were the one to take over, you were the one to make it out. This comparison is especially plausible when taken into account how Greed states “I’m grateful to you for birthing me.”

Look at how Father reacts to Hohenheim having children. He seemed surprised, baffled even, possibly because it was something he himself cannot achieve.

First why he may have created these so-called sin based sons and daughters whom referred to him as “father”. He refers to them calling them “son” or “daughter” occasionally.

This may be his way of producing progeny since such natural feats are beyond him. This kinda calls back to what we were saying before: a natural reproduction of man through birth VS an unnatural reproduction of man attempted by alchemists.
Also, remember how we mentioned that alchemy is a part of that flow and the flow’s life itself? Since Father was derived from alchemy, he’s therefore a part of that great flow; if he’s a part of that flow, then maybe he too, as does everyone else, adheres to the cosmic rules of the life cycle. Ergo, despite him trying to do away with human notions, he cannot escape the urge to want children. Something to act as a progression to his own existence. It is a notion that is built into him at a cosmic level: one is all and all is one. Alchemy is a part of that flow and the flow is life itself.

I want to add another consideration: after the final fight between Ed and the Father, Hohenheim he’s full of remorse thinking back to the fact that nothing would have happened if he hadn’t generated the homunculus with his blood.
But Alex Armstrong thanks him: “if you hadn’t brought these two boys into the world, this nation would no longer exist”. This gives a further and considerable importance to the fact that the greatest work that Hohenheim – the greatest alchemist in the world of FMA – has done, has been obtained thanks to his humanity and not to his alchemical knowledge. He has obtained the greatest work as a human being, as a man, and not as an alchemist.

It is no coincidence that in the end, Edward Elric gives up his Gate of Truth and has beautiful children. 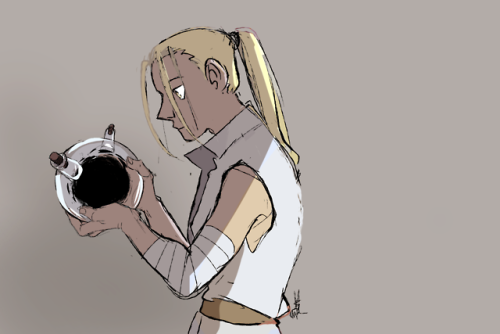 ‘are you going to live out the rest of your life as a slave without the rights of a being man?’