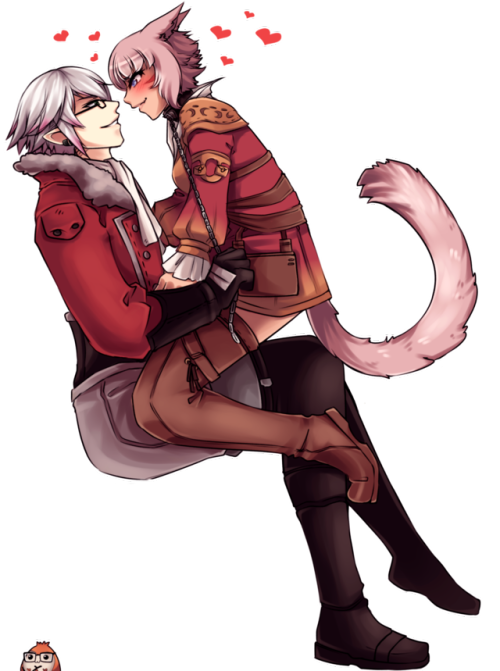 He commissioned from https://ayakarpc.tumblr.com/ - I love it so much ;-; THE PAISSA IN THE CORNER, I DIE. 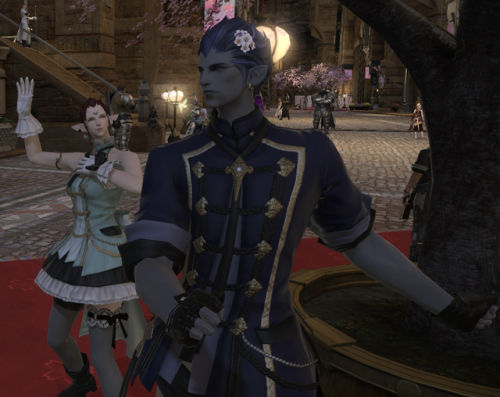 I got visited by the Fomal-Fairy ( @ishgardianskypirate). And the screenshot that followed in my desperate attempts to sync up with him shows just how shocked poor Phen was.

So leveling Nozo on Balmung has rekindled my thirst for sexy elf men. Do y'all mind sharing pictures of your Duskwight males? 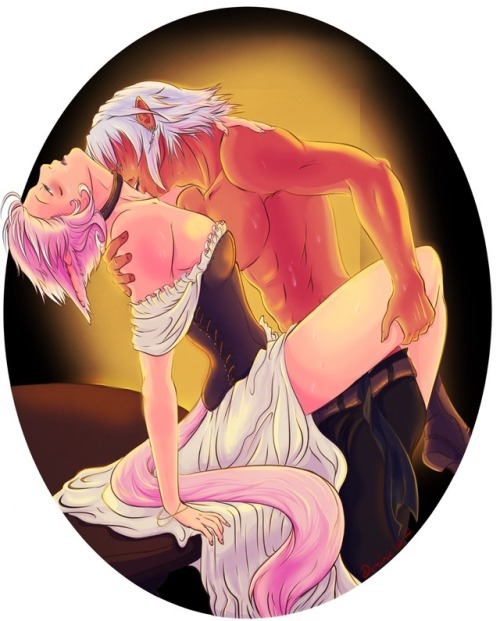 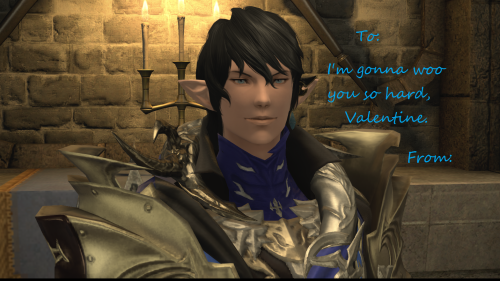 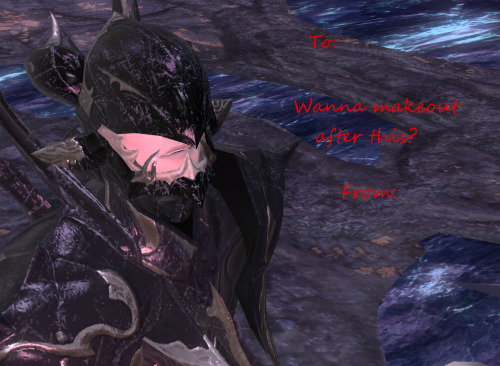 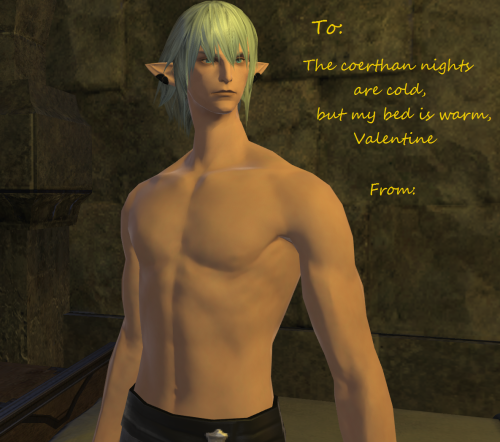 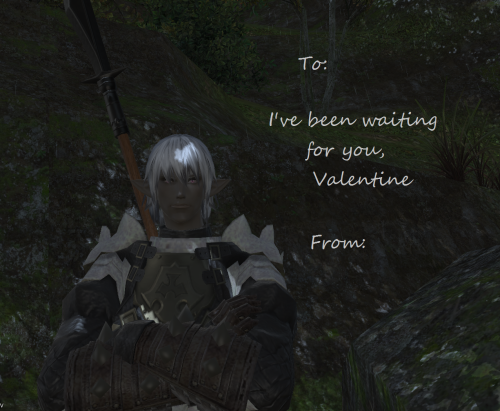 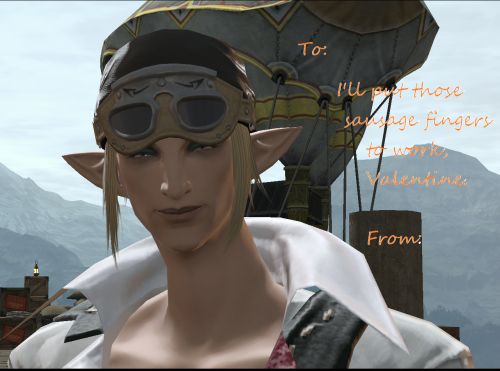 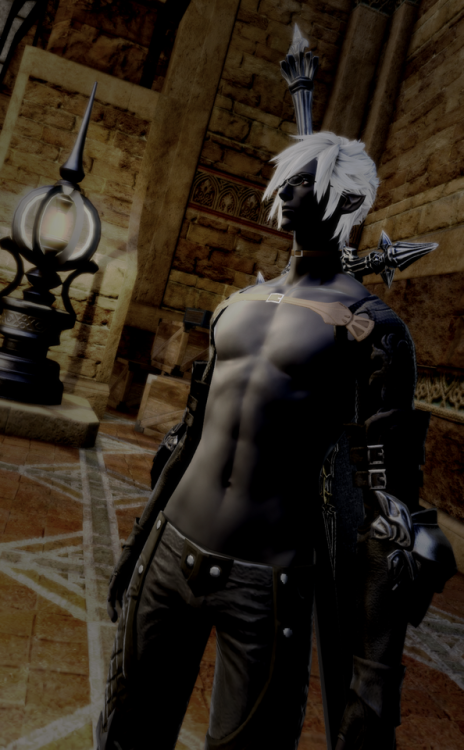 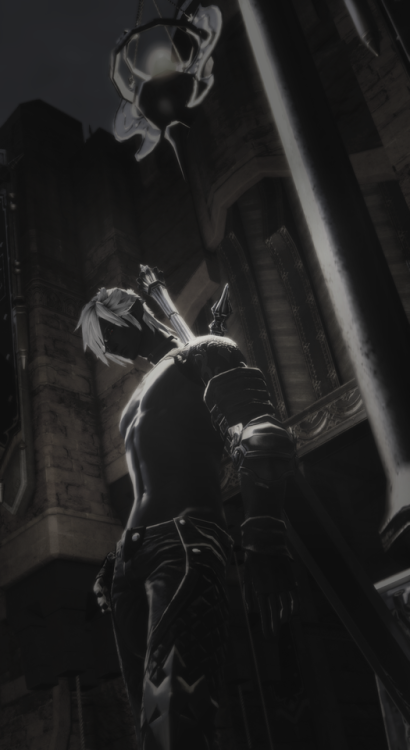 ((I was being a little sneak and grabbed some pics of @clan-melarn while he was on his lovely Duskwight, Sylveret. Go give him some love- he’s a good guy!

View in full size. Tumblr was mean to me and made them kinda fuzzy. D:)) 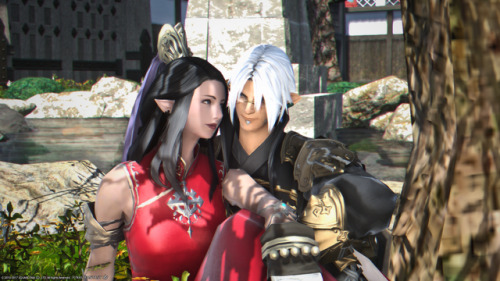 Elezen couples are so lovely *_*

i really do not like the term ‘trap’ and i don’t like the implication that every femme male & masc female is assumed to be trying to trick people about their gender when that just might be .. how they are. and how they choose to be.

for some it might just be a quick and concise description of their own character, and while i still dislike its use, well, anywhere, that’s their choice. but please don’t call my characters traps – namely astolfort.

i personally chose a female avatar for him because i wanted a petite build and a softer face, which elezen men absolutely don’t get. i hate the body/face restrictions in ff when it comes to some races, and it has nothing to do with me fetishizing this gross idea that males can’t be petite/females can’t be masc without all intent to spring their “true gender” on the unsuspecting.

just.. let people be. use the label for yourself if you absolutely must, but please don’t go slapping it on other peoples’ ocs. :S 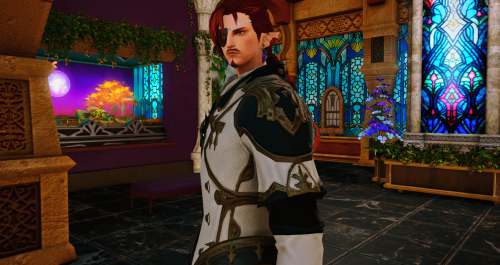 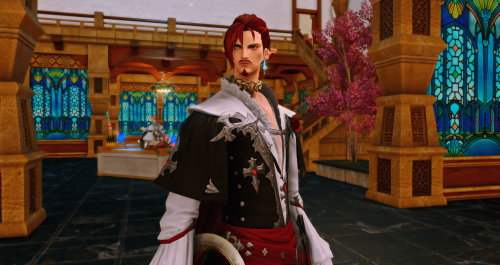 Yeah, I have a thing lately for elezen men.  Meet Bartholomei (Bart) Granthier.  He is very tired. 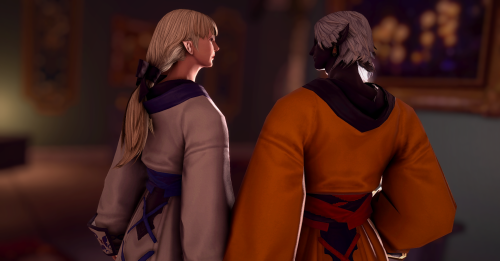 He found it in the Crozier.  A small shop he frequented because the proprietor never made fun of him for his odd accent and tolerated his lack of language skills.  Probably for having known Ishgard’s penchant for xenophobia long before he came along.  She was half hyur, after all.  And he was the most pleasant noble she’d ever had to deal with.

The fabric was thickly woven, soft to the touch, and felt heavy when she draped it over his shoulders.  It tied in the front, just like Brighid’s did.  A different color, orange-yellow and red to her white and blue, but similar in every other way.  Just meant to sit on the shoulders of someone larger.

“Didn’t think anyone would take interest in this one,” the proprietor confessed as she tied the bow perfectly so he could look at himself in the nearby mirror.  “It was meant for… well, not meant for slender elezen men. I thought.”

“I’m not really a slender sort,” he replied as he studied how the robe looked on him.  It didn’t matter if he looked like a jester in it, he already knew he’d buy it. It wasn’t something he planned to wear out in public anyway.

She folded it carefully into a box and he paid with the gil he’d earned that morning selling off the last of the pikes he’d made the previous week.  A splurge purchase, something he didn’t do very often.  Most of his money went into an account meant to save up for the future he planned to spend with Brighid.

But the robe?  That he couldn’t pass up.

On arriving home, he hid it in a closet neither of them used very much, and joined her in the kitchen.  Then promptly forgot about it entirely until the next morning.  He woke alone, Brighid having somehow been so quiet as to not wake him.  Her half of the bed cold and empty when he reached for her sleepily.

Disappointment lasted only a moment before the previous day’s purchase returned to him.  He knew Brighid left for practice with Valka, and she’d be back long before noon.  Plenty of time for him to race upstairs, pull the package out, unwrap it and throw it on.  Tying the bow as nicely wasn’t his strong suit, but he did the best he could.

He settled back into bed, bringing a book with him.  The one she’d painstakingly transcribed for him in bits of poetry.  Then began the long wait for her to return home.

39. When people look at your character, is there some assumption they might make about them just by appearance? Is that assumption correct?

Yeah. You look at the IG character model against anyone who writes a character that isn’t 100% what is shown and you’re going to get some understandable assumptions though.

For Thorstyr it’s that he’s only a duskwight, the assumption, when in fact he’s equal parts duskwight and seawolf. That is to say Elezen and Roegadyn. I wasn’t incredibly “different” with his appearance though, he’s just far more girth and bulk than most elezen men are.

So even then, I could see the assumption being made that he’s just Roegadyn IC. Correct though, obviously not, and since I used the Elezen model IG, that’s where the identity is drawn for people.

It also seems to be a difficult concept for artists, a “Dusk Wolf”, not that I blame them. So despite saying “Roegadyn body with Elezen features”, it is rare that Thor isn’t still drawn as just a slightly over toned Elezen, or an average thinner one.

This is just what happens when references are IG based and you add the text, but people work more easily from what they see. Don’t think it’s as simple as if you mix a miqo’te and au ra then just ask for ears on your lizard. Right?