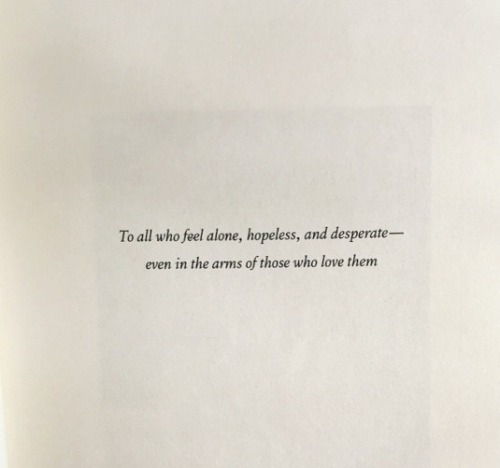 A Mother’s Reckoning By Sue Klebold 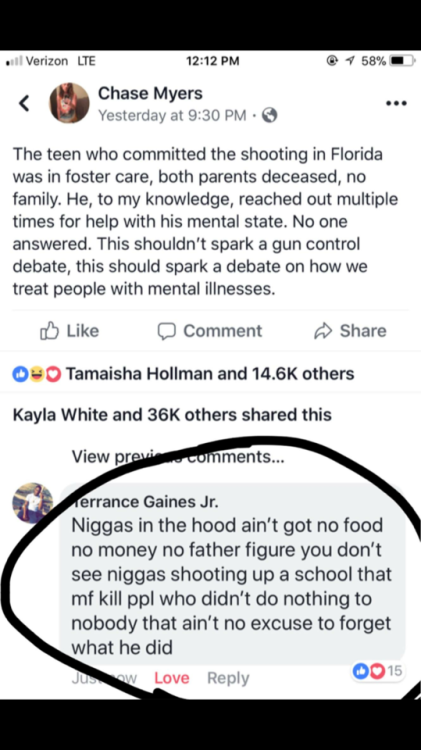 Daily reminder that if you romanticize serial killers I genuinely fucking hate you from the bottom of my heart :D

My eating habits are almost as unhealthy as my obsession with serial killers. 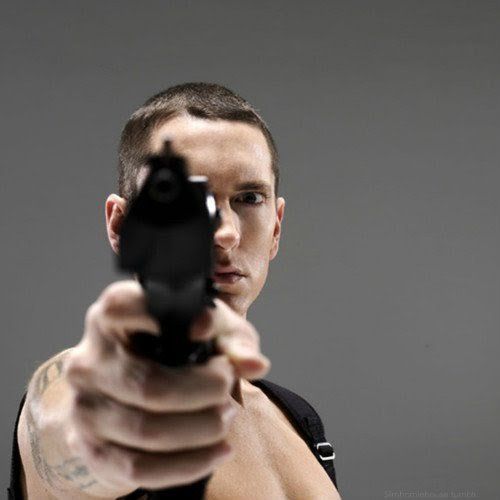 I am an Eminem Fan for years now and when I started to get more and more into True Crime I was surprised to find a lot of his Lyrics mentioning Columbine which I never really realised before. Of course he also mentioned other murderers or events, like Ted Bundy and the Aurora theater shooting but I wanted to start with the Columbine lyrics because there’s a lot of material. So let’s start:

The Way I Am, 2000
0:00-0:16
When a dude’s getting bullied and shoots up his school
And they blame it on Marilyn and the heroin
Where were the parents at? And look where it’s at!
Middle America, now it’s a tragedy
Now it’s so sad to see, an upper-class city
Havin’ this happening

Marshall states that he thinks that he thinks that not music is the reason for the shooting but bullying and the parents. But as we all know Marilyn Manson was partly blamed for Columbine by the media.
Em is also making fun of the fact that Columbine was the first shooting that people cared this much about although there have been a lot of shootings but now it happened at a “nice” school.

Remember me, 2000
0:17-0:30
Came home and somebody musta broke in the back window
And stole two loaded machine guns and both of my trenchcoats
Sick, sick dreams of picnic scenes
Two kids, sixteen, with M-16’s and ten clips each
And them shits reach through six kids each

Em is making fun of the idea that musicians like him are a bad influence because he is not the one who gives these kids their weapons.

And as we all know, Eric Harris and Dylan Klebold both wore a Trenchcoat when the attack started, that’s why „both of my Trenchcoats“ were stolen. And so he thinks that they were stolen to start another Columbine.
And when you have these „two kids“ with guns that, when you shoot them, „reach through six kids each“ you have 12 dead kids. And as we all know, during the Columbine massacre died 12 kids (and one adult).

By the way, Eminem needed two months to write his whole verse on this song while Sticky Fingaz wrote his verse in one day.

This is probably the most well known Columbine reference made by Eminem.
This album came out one year after the massacre so it was still an sensitive subject. Therefore his label censored these two words (Kids and Columbine), even on the explicit version of the album.
I don’t think I have to explain what exactly this lyric means, it’s pretty clear.
In his book he states this:

“ I was getting shit about the Columbine reference on “I’m Back” and the label was telling me that I wasn’t gonna be able to say it. My whole thing was, what is the big fucking deal? That shit happens all the time. Why is that topic so touchy as opposed to, say a four-year-old kid drowning? Why isn’t that considered a huge tragedy? People die in the city all the time. People get shot, people get stabbed, raped, mugged, killed and all kinds of shit. What the fuck is the big deal with Columbine that makes it separate from any other tragedy in America?”

When authorities searched the boy’s home they found weaponry and eventually arrested him. He denied any knowledge of the weapons and said he didn’t post this text on Instagram.

In this song it’s not only about the Lyrics but also about the music video.
With “little Eric” he mentioned Eric Harris but it was also meant as an example for a typical white kid. He is from middle america because his name is in the middle of amERICa.
The interesting part is, as I said, the video. Where you can see news of an school shooting during “I could be one of your kids”
And during “little Eric looks just like this” you can see one of those typical yearbook pictures and the house of the school shooter. The house looks a bit like the one the Harrises had.

When these lines get repeated you can see a boy full of (probably) blood stepping out of the map of america. On his shirt is written “I am Eric”.

This was the first time we could hear the Columbine Line uncensored. Eminem didn’t rap all of the “I’m back” lines because he just wanted to
“See if I get away with it now that I ain’t as big as I was”
As you can hear, he got away with it.

Eminem is one of the few people who openly give their sympathy for the two shooters.
He admitted to be interested in serial killers in this statement:
“I did find myself watching a lot of documentaries on serial killers, I mean, I always had a thing for them. I’ve always been intrigued by them and I found that watching movies about killers sparked something in me.The way a serial killer’s mind works, just the psychology of them is pretty fucking crazy. I was definitely inspired by that, but most of the album’s imagery came from my own mind.”

But Marshall Mathers seems to have an very personal realationship with the whole Columbine Issue.
He himself was bullied on a daily basis during his childhood, often for his race and for always being the new kid. When he was nine years old he got beaten up so bad he was in an coma for several days. I think he is one of the people who is trying to understand what Harris and Klebold were going through.
But I think it is important to mention, that he is the living proof that even when your life is is shitty right now because of some people who have nothing in their life but to terrorize you, that you can still have a better life. And you beat them best when you keep on living.

“That Columbine shit is so fucking touchy. As much sympathy as we give the Columbine shootings, nobody ever looked at it from the fuckin’ point of view of the kids who were bullied—I mean, they took their own fucking life! And it was because they were pushed so far to the fucking edge that they were fucking so mad. I’ve been that mad.”

On April 20, 1999, two gunmen took the lives of 13 people at Columbine High School. These gunmen subsequently took their own lives as well, making the death toll 15. Today is the 18th anniversary of the attack. These are the victims, may they never be forgotten.

that’s really how it be though

I now present to you, Jeffrey Dahmer,
in his command performance.

Eric Harris, 18, and Dylan Klebold, 17, the two perpetrators of the Columbine High School Massacre. On April 20, 1999, Harris and Klebold murdered 11 students and a teacher and injured 24 before committing suicide. During the attack, Klebold wore the black t-shirt on the left side of the photo, displaying the word “wrath”, while Harris wore the “natural selection” t-shirt on the right. The two additionally wore black trench coats at the start of the shooting.

18-year-old Pekka Eric Auvinen, perpetrator of the Jokela School Shooting, who wore his “humanity is overrated” shirt. In November of 2007 Auvinen shot and killed a total of 8 people, injured an additional 13, and subsequently shot himself in the head. Auvinen later succumbed to his wounds in a local hospital. This was the second school shooting to take place in the entirety of Finland’s history.

Tj Lane, aged 17 at the time of his attack, executed 3 of his male classmates and injured 3 more at Chardon High School. On February 7, 2012, the day of the shooting, Lane wielded a Ruger MK III .22 caliber semi-automatic handgun and wore a grey pull-over bearing the word “killer”.

Lane is shown here again, later in time, at court. He had scribbled the word “killer” on yet another shirt and concealed it. After entering the courtroom Lane discarded his dress-shirt, revealing what was underneath to the family members of those he had murdered. The judge present claimed to not have seen the atrocity, otherwise immediate action would have been taken.

Eric and Dylan were hate-filled monsters, they never would’ve loved you, they would’ve shot you dead and stepped over your body with no remorse had you been at Columbine. It’s one thing to be interested in school shootings and why they do it (I am). But to idolize killers is disgusting. You should be ashamed. 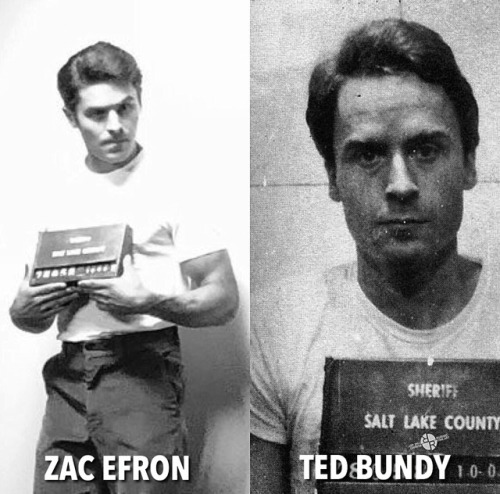 “This the revenge of the dicks; that’s nine cocks that cock 9’s
This ain’t no V. Tech shit or Columbine
But after bowling,”

These bars reference the 9 members of Odd Future about to get their revenge but not on a large scale like V. Tech nor Columbine; “cock 9′s” making reference to cock back 9mm pistols and “but after bowling” was based on the belief Harris and Klebold attended bowling class early that morning.

Columbine is mentioned once again in Track 3, titled ‘Radicals’. Tyler makes a loose reference regarding Harris and Klebold through the ‘fuck school’ persona evident in the song. He later went on to Tweet about the shooters being ‘radicals’. When asked about the impact ‘Radicals’ could have on young listeners, Tyler stated:

“If Columbine is reenacted or some shit, that’s gonna be on my fucking head. Yeah, it’ll be my fault, just like it was Em’s and Marilyn’s and fucking Slipknot’s and all them motherfuckers”. - Respect magazine

Prior to this, Tyler found himself in ‘hot water’ when people begin calling out this Tweet of his:

“I got into an argument because I said the Columbine [shooters] were probably really cool people. I was just saying they could have been really nice people, probably could have taken them to a game. I wasn’t saying what they did was right”.

In 2013, Tyler, The Creator dropped his highly anticipated album ‘Wolf’. Tyler made it public that track 12, ‘Pigs’, was about Harris and Klebold tweeting:

Speaking to NME Magazine, Tyler states that he does not sympathise with the killers and is merely trying to understand their motivations. Going on to say:

"I tried to write a song from their perspective, to try and figure that out. Those kids were nerds, fucking dweebs. I’m intrigued as to how they thought, not what they did. How do regular kids become what they became?”

In saying this Tyler also Tweeted out this to his fans:

The first verse being:

“Geek, fag, stupid loser find a rope to hang // I’m not bipolar, see I’m just known by those couple names // I wanna tell my pops but shit, he’ll probably say the same // Fuck…hated by everyone, that’s the way it seems // I don’t know whats shorter, his damn temper or my self esteem // I sit in my room and I listen to tunes, I’m amused alone // Cause none of the cool kids would let me join a team // Depression’s on the stalk again // My best friend’s an inhaler because it will not let me cough // Whenever I am losing oxygen, bully hand around my neck // Cause he felt disrespected when I decided to talk again // I brought that on myself, see I should know my place // But not at lunchtime, see // I know better then to show my face around them // But the day I do it’ll be everywhere // When I share these feelings finally they gon’ fucking care”

Jeffrey dahmer, Charles Manson, Richard Ramirez, Dylann roof, Eric Harris, and Dylan klebold all lived at the same time during some point in their lives.