Despite all the sadness, shock and pure, raw emotions we are all feeling rn because Clone Wars came to an end today.

Look at these two background characters that I found. They r boyfriends now. 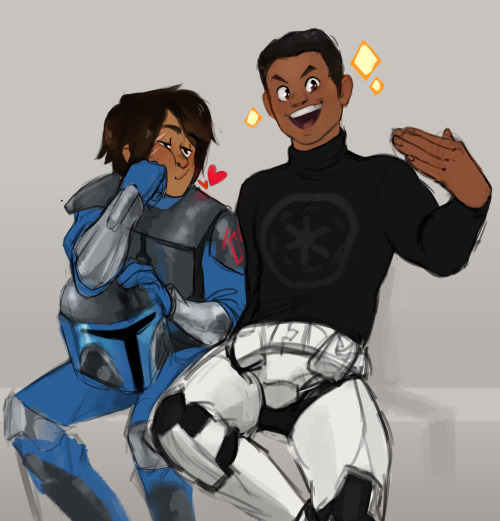 Excuse me? Excuse me, Dral? Dral? Sir? Could you please pine more obviously?

Its the boys, Dral & Calor spotted here~ Calor’s telling him about a wild air fight that he watched Skywalker take part in, but his audience is a little distracted lmfao

Dral x Calor is best star wars ship imo. Such pure (and probably chaotic) beans. I loaf them and I will cherish them. Thank you for the blessed couple. 😭😭😭

they’ve punched a hole into my heart

I’m sure some of u already have seen these guys!

Examples of some fanart:

These are all very lovely!!

I wanted to announce the names of the two so it’s official because there had been some changes and misunderstandings.

Calor is Latin and means: Warmth

I hope that everyone has fun creating things with those two! Write, draw or share some ideas/headcanons!

I’m always open to look at whatever u are creating so don’t shy back from shooting me a quick text in my dms. ✌

Have fun creating! U can always ask me for more details. 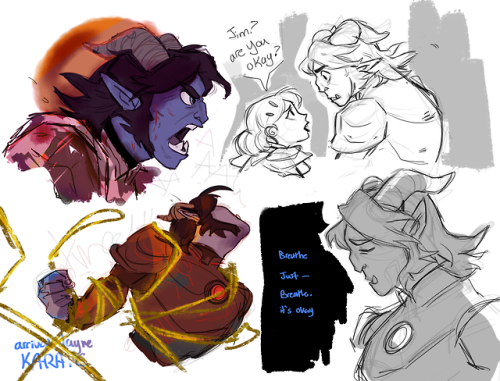 One confused boi and one shy boi coming right up!

((BTW, everyone who’s been asking me stuff about these two, I will only draw cute art of them, but if you have any questions about them in general, you should visit @pixelchaos00 )) 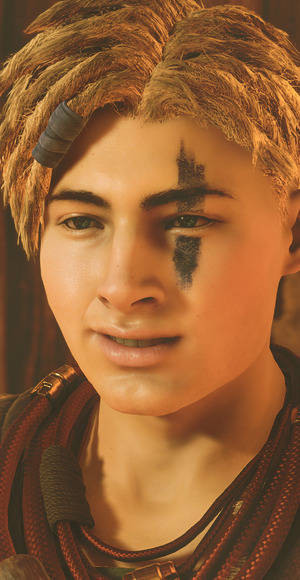 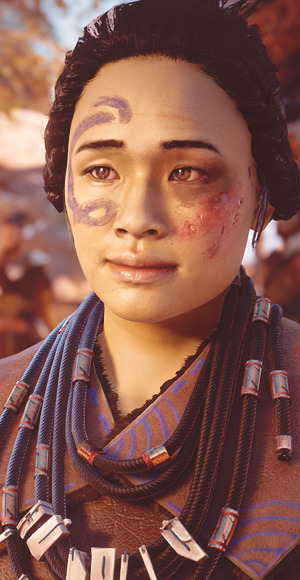 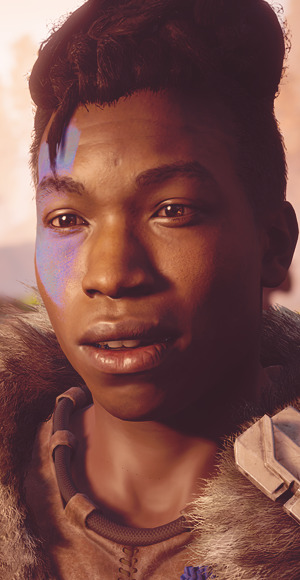 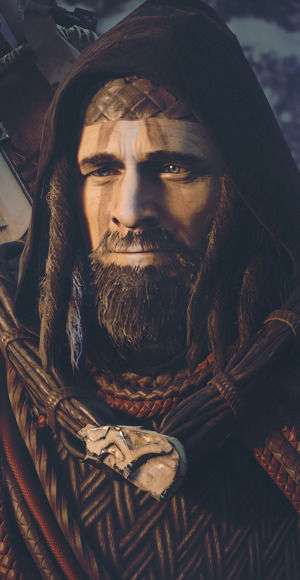 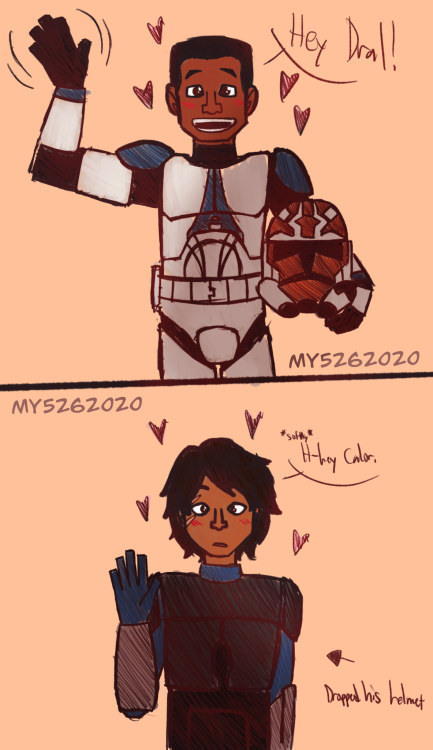 @pixelchaos00 @suja-janee @thatfunkyopossum [gently offers] I blame y’all for making me fall in love with these two XD Reblogs are appreciated!!

i hope i’ve done the boys justice, and thank you for speaking and drawing them into existence.

“You’ve gotta be karking kidding me!” swore the trooper as the turbolift shuddered and slowed. Dral’s focus snapped to the clone. He’d never heard a clone trooper speak before. Not like that, not so informally. The turbolift stopped, metal brakes screaming, and the doors shuddered open. The lift was only halfway down to the ground level. A blue armoured Mandalorian scrambled out from underneath the stricken lift and scanned the cityscape. Her jetpack sparked and smoked. Dral mustered enough courage to throw in his own credit’s worth.
“So. You see this stuff a lot?”
A sigh rustled out of the trooper’s helmet. “Yep,”
Dral dropped into a crouch and jumped down out of the lift. The trooper followed him, blaster at the ready. They watched Bo-Katan stare after the red-armoured Mandalorian - Saxon - thought Dral absently.
“It’s normally the Jedi picking fights with turbolifts and breaking all their hardware in unadvisable ways, but I guess she seems mad enough to join in on the usual Jedi antics,” the trooper said in amusement, before realising he’d just called Dral’s leader, Lady Bo-Katan of the Nite-Owls, ‘mad enough to join in on Jedi antics’. Something that might be taken as a compliment, if the receiving party wasn’t a die-hard Mandalorian. The notoriously proud warriors with a history of vicious wars and bad blood with Jedi. The clone’s voice filled with horror and he stumbled over his attempted apology.
“Kriffing hells, sorry, I didn’t realise you - ah - she, well, Mandalorians and Jedi… Forgot about that.”
Dral grinned, then realised the clone couldn’t see his face.
“It’s okay. I won’t tell her if you don’t,” he said.
The soldier’s shoulders relaxed and his orange-marked helmet tilted in a manner which suggested that he was smiling too.
“What’s your name?” asked the clone.
“Dral Arpat, of Mandalore and the Mandalore resistance,” Dral replied. “What’s yours?”
Do clones even have names? he wondered a second too late. Luckily for him, the clone appeared overjoyed to have even been asked.
“Calor, of the GAR and the 322nd,” Calor said, “Good to meet you, Dral,”
He was definitely smiling under his helmet.

where's that post that's like:if you and a stranger witness something weird togetheryou're now brothers in arms and you'll ride to death for themdral arpatcalorstar warsswtcwtcwmine.sw fici might have another short bit in a few hoursedited to change drat to dral whoops
239 notes
Loading...Show more notes
Reblog 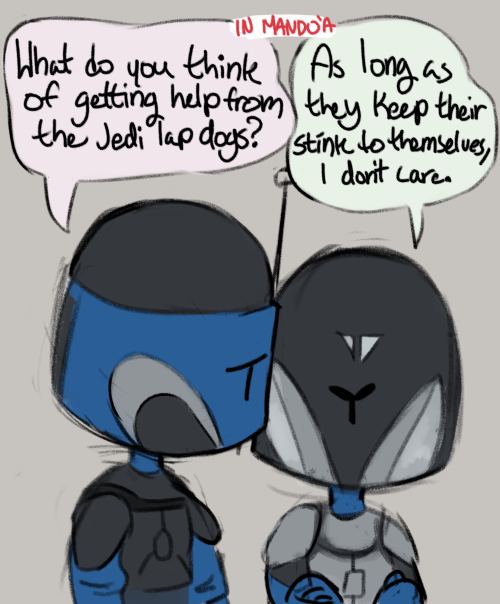 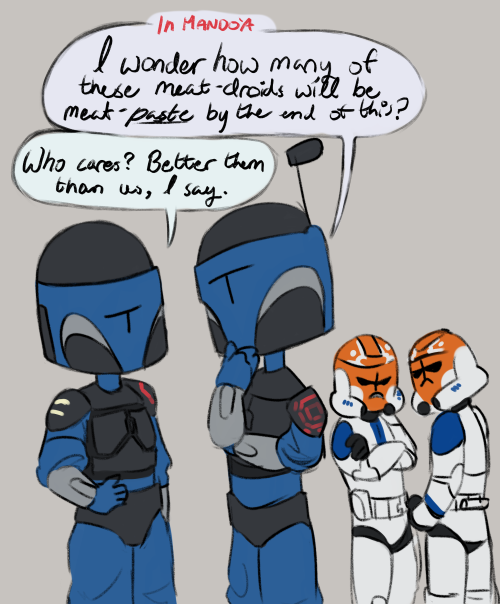 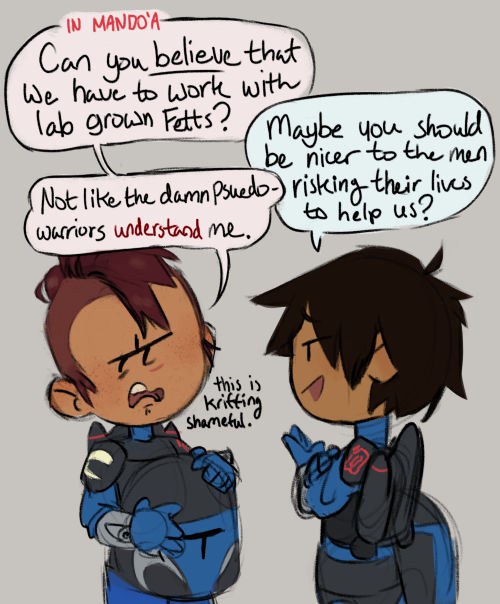 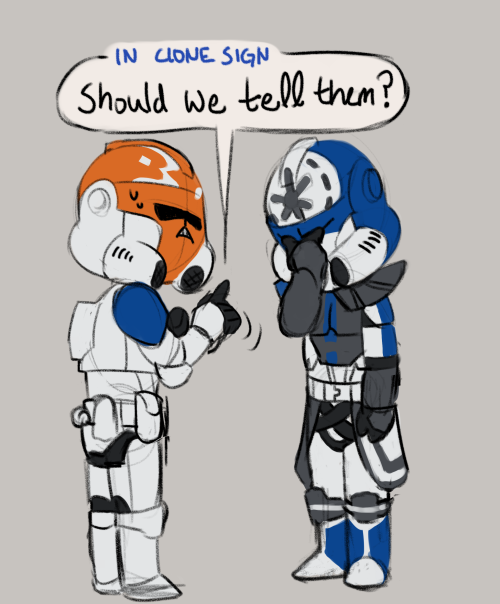 Poor Jesse…. Before the siege of mandalore, how many nasty things do you think might have been said right in front of the clones? :’)

Aloy: A Cauldron? What’s what?
Dral: A Cauldron is a sort of door, I guess. No-one knows what lies beyond. Some say machines are made inside. Others think they’re dens of evil, where the spirits of the metal devils linger. Same thing, I suppose. Whatever they are, they’re forbidden.
Aloy: CHALLENGE ACCEPTED

They are so underappreciated and I love them

I suggest you get used to this face, because you’re going to be seeing a lot of me. 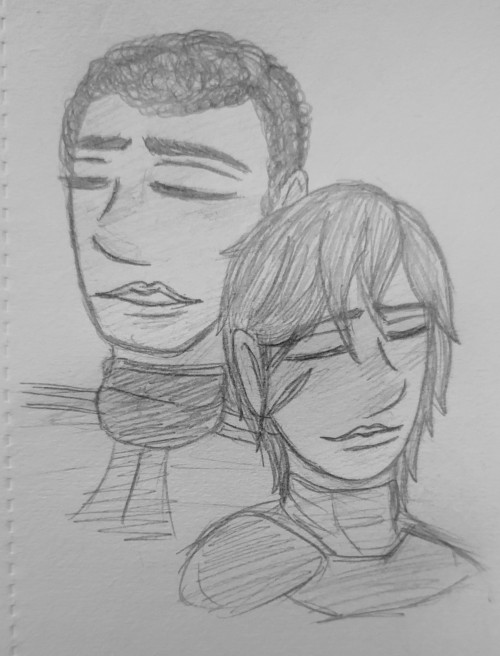 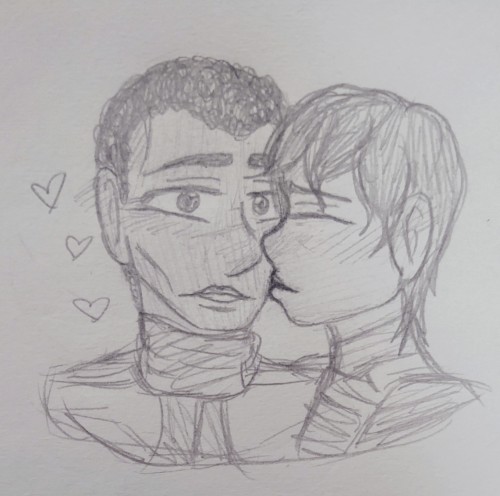 @suja-janee, please accept my crappy doodles of these babies who are in love,, ;-; Dral and Calor have my entire heart in their hands.

Someone needs to bring Elam Drals some food or something. He’s telling me about how he stole sandwiches from Daggerfall castle and the thought of a burning human smells like a pork roast makes him hungry. Someone feed this dunmer. He’s all alone in his little corner. Help him.