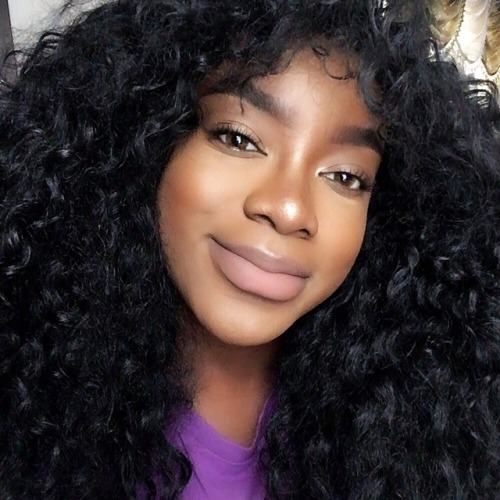 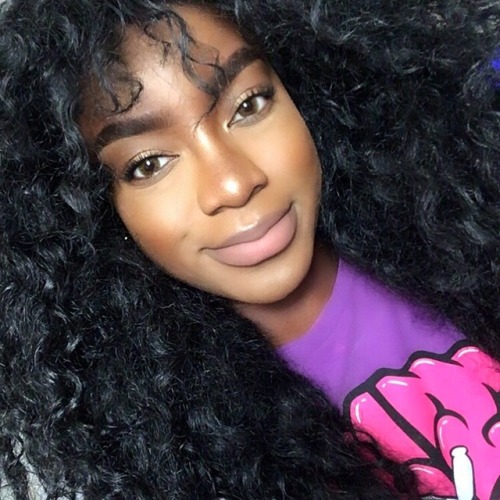 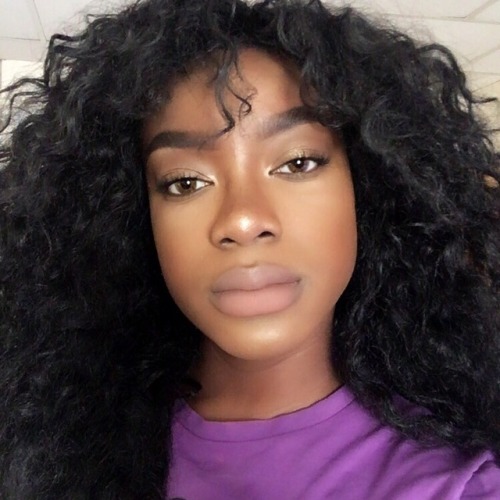 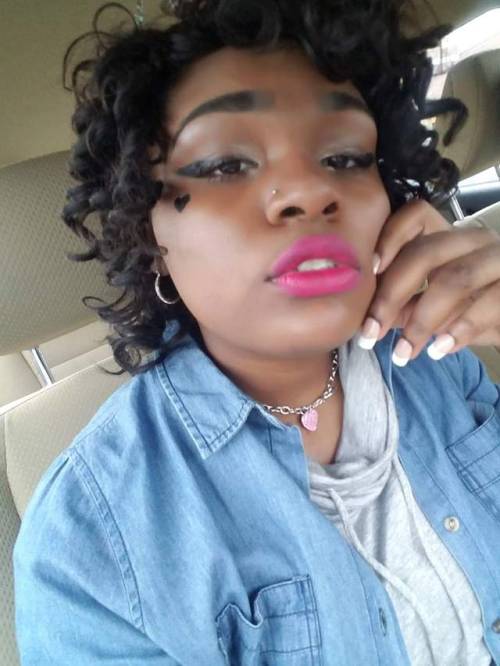 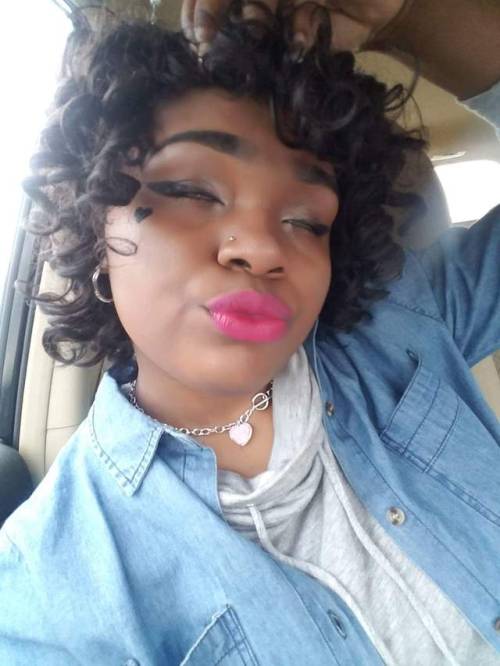 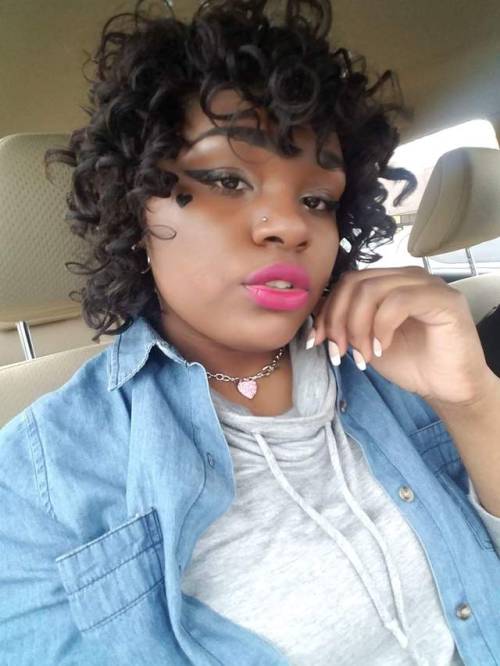 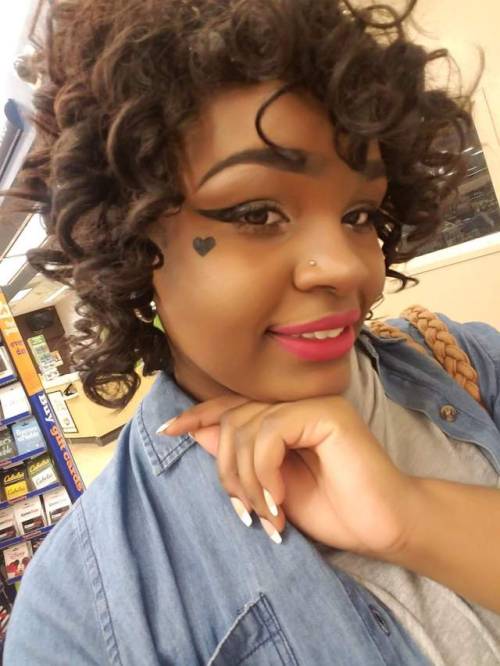 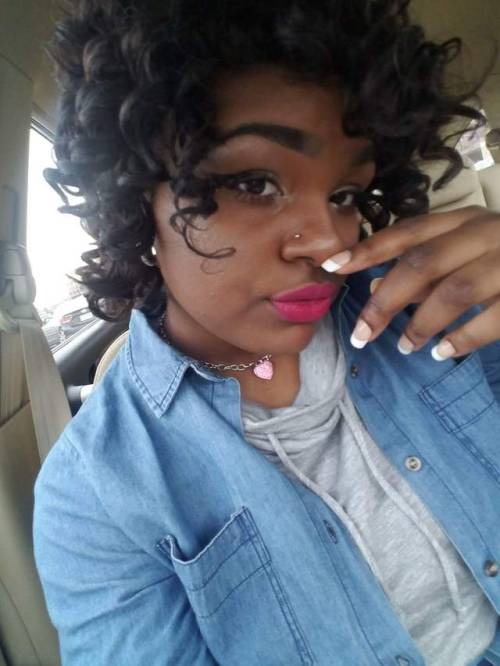 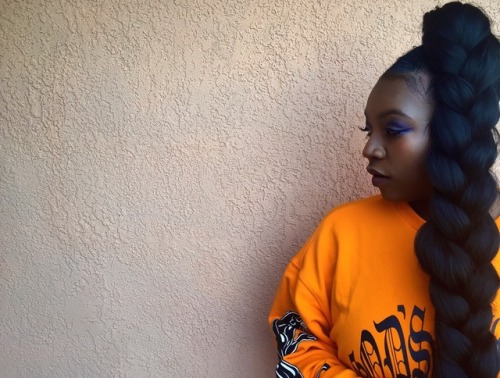 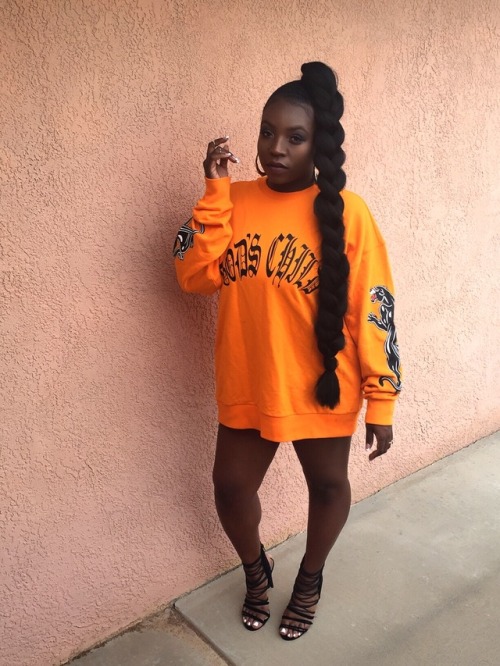 Omg a blurb where ashtons your bf but he starts to flirt with other girls so you make him jealous by going to luke and then in the end he makes you regret it?😏😂 thanks !

“He’s really getting under my skin,” you hissed.

So i m a g i n e finding yourself at a house party with a few of the band’s friends. And of course, Ashton along with the boys asked for you to tag along. But, you didn’t expect to find so many girls at the party who were evidently ogling a taken man. Which, you didn’t mind surely because you knew how handsome your boyfriend was. But for some reason, Ashton almost encouraged their flirtatious antics and in fact returned the gesture.

“Ashton’s a people person,” Luke hummed beside you, taking a swig of his beer as he licked his lips quickly. “It’s in his nature to be friendly like this.”

“He just called one girl beautiful and he’s holding the waist of another,” you said lowly, pointing at said boy that was a few feet away, diagonal from the pool from you two. Luke squints to get a better sight and widens his eyes, realizing you were right.

“I doubt you wanna go over and make a scene though,” Luke began quietly, having you shrug.

“Doesn’t hurt to try and steal him back though,” you announced, asking Luke to hold your drink before walking over to your curly-haired boyfriend. You weaved yourself through the small crowd of girls and ended up at Ashton’s side. “Hi, baby.”

“Hey, Y/N,” Ashton greeted, but his eyes didn’t dare rip themselves from the other girl he had been holding. She somewhat glared at you before flashing Ashton a wide, content smile. He whispered in her ear quickly, having her emit loud laughter as you found yourself growing mad. You kept tapping at his shoulder, but he just kept ignoring you to the point where he swatted you away. “Later, Y/N, okay?”

You looked at him, immensely shocked from his words as his cheeky smile remained on his face. Blinking a few times, you resigned and decided to return to Luke. As you swayed your hips over, you realize a way to get him back for being a douche. You returned to find Luke lying down on one of the beach seats provided around the large backyard.

“I take it didn’t work out?” Luke hummed, offering your drink again as you rolled your eyes.

“Fuck him, I suppose,” you said with a shrug before you tossed one of your legs over Luke so it stood on the other side of the chair. Luke widened his eyes at you as you slowly sat yourself on his thighs, smiling mischievously at him as you took a swig of your drink.

“Y-Y/N?” Luke stuttered, his blue eyes full of shock as you smiled at him.

“What’s wrong, Lukey?” You hummed, finishing your drink to press both hands down to his stomach. Your fingers began feeling it, noticing dents worth of his abs being shaped. He shook his head at you, revealing a shocked smile from your audacity. Luke’s eyes diverted to see Ashton’s little crowd, noticing that he was still enjoying himself.

“He’s gonna kill me,” Luke muttered, having you giggle as he rose his legs and allowed you to slide all the way down to his crotch. You raised your eyebrows, finding Luke to be much more audacious than you are. Before you could even question, “you’re my friend. I’ll always help a friend out.”

“Thanks, Luke,” you smiled warmly down at the blonde, bringing one hand up to weave it into his blonde locks. Those ocean eyes diverted once more, widening to indicate that Ashton was looking around, seeking you. But then his hazel eyes made it to your back, and darkened to see where you were seated and who you were seated on.

“Oh, the Hulk is coming,” Luke muttered, having you sit up properly and turn to see Ashton stomping his way around the pool. His eyes were completely set on you, having you slowly get off of Luke before he arrived. When he made it to you, his hand instantly found itself tightly gripping your forearm.

“Ash–!” You tried, attempting to calm the boy down, but Ashton was ignoring you to glare stingily at Luke.

“What the fuck do you think you’re doing with my girl?” Ashton growled, having Luke raise an eyebrow up before taking a swig. He had a smile pressed upon the rim of the glass bottle as he finished the gulp.

“Treating her better, that’s for sure,” Luke hummed before taking yet another swig. Ashton’s glare dissolved as his eyes softened. But he quickly diverted his gaze to you, evidently pissed as he began dragging you away from Luke and into the house.

“Ashton? Ashton!” You called his name, but he was mute. You could tell he was fuming, with the way veins rose on his temples and the abrupt silent treatment he’s come to give you. But you followed reluctantly as he dragged you outside the house and crossed the street to the black Mercedes you arrived in with the boy.

“Get in,” Ashton growled, opening the door to the back seat for you. You stared at him, confused a bit. “Get the fuck in!”

“Okay, okay!” You oblige, entering the car as Ashton slammed the door shut behind you. You sat nervously in the center of it as Ashton sat himself into the drivers seat and jingled the keys to turn on the car.

“Strip for me,” Ashton said simply, his eyes kept on the road while he started to pull away from the curb and started driving down the black road again. You found yourself go excited as you relieved yourself from your day garments. Once you were nude, you paid attention outside to find yourself already in the highway. But then you saw him slowing down as he turned into one of those car stop areas and brought the car to an end. It was vacant, seeing you as the only car there.

“Ashton?” You asked quietly, watching as Ashton left the drivers seat and entered the backseat the other entrance you didn’t enter through. You got a little shy and began covered yourself a bit with your peeled off clothing, but Ashton wasn’t taking it.

“Get on four, your ass to me.” You looked at him to see any falter, but his words were firm and his face was completely stern. Gulping, you did as he requested and found yourself watching the cars zoom by on the highway. “Keep looking forward, Princess.”

“Ash?” You whispered, looking down at the black leather seats as your fingers bent a little. You then felt Ashton’s hand begin tracing around the rim of your entrance, having you shiver a little at the sudden contact.

“But Ashton, I didn’t do a thing with Lu– fuck!” Your body failed you as Ashton added a second finger and started thrusting them in and out of you. “S-slow d-down, Ash– ah!”

“Do tell me what exactly happened then,” Ashton began, quickening his pace as you screamed out curses. Your chest heaved harshly with the uncontrollable breaths you were exhaling. As you adapted, you took a deep, shaky breath.

“I-I saw you just– fuck, being cutesy with those g-girls,” you choked out, feeling a third finger slip in. “A-a-and you ignored m-me, s-so I figured you– shit!– would d-do something if you s-saw me with L-Luke…”

“So you were jealous, baby?” Ashton cooed, having you vigorously shake your head as you let out more mewls of pleasure. “Well, Princess, my jealousy is way fucking worse than yours.” Ashton growled as he quickened his pace and had your face pressed against the cool glass.

there u go lovey xx 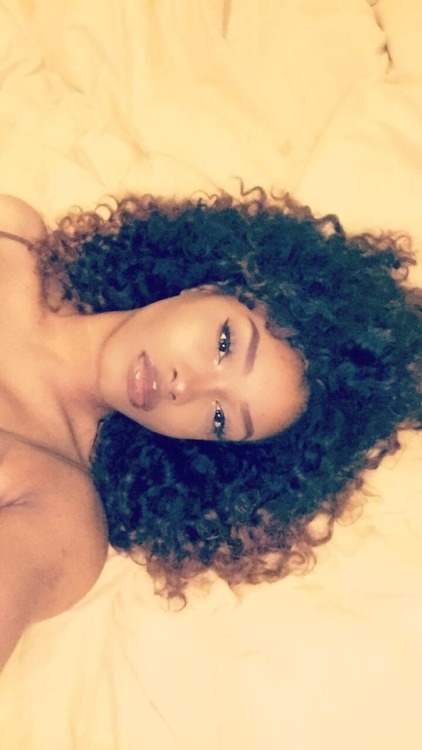 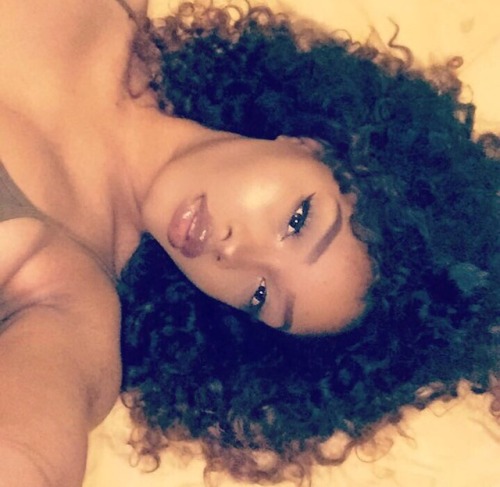 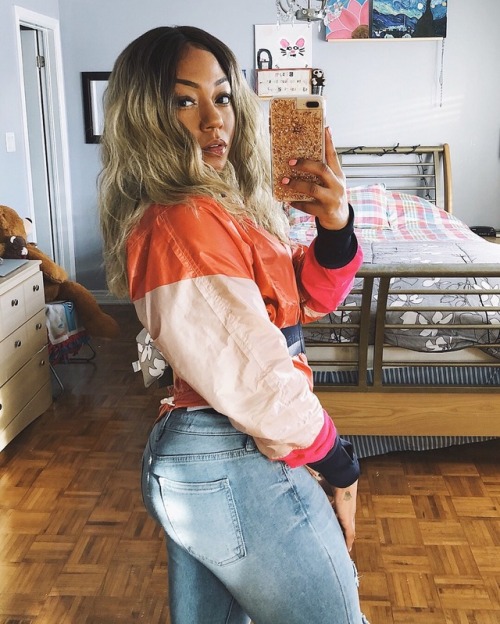 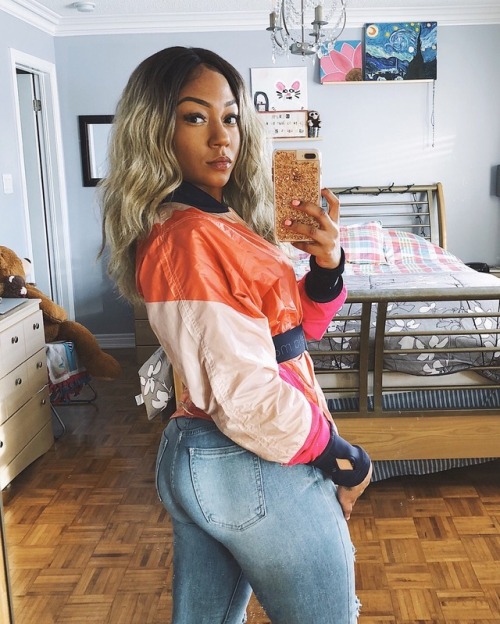 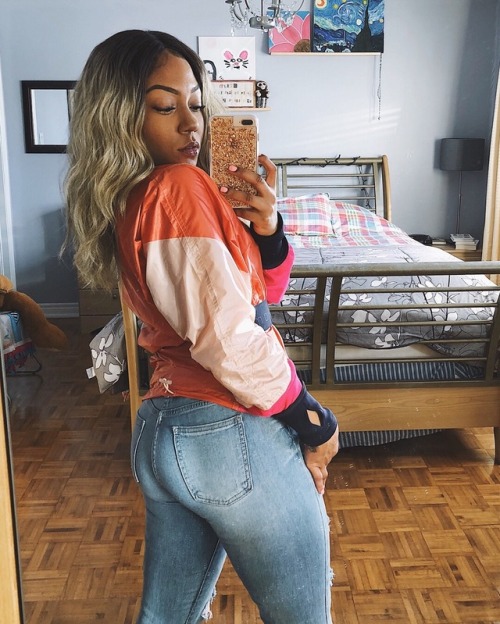