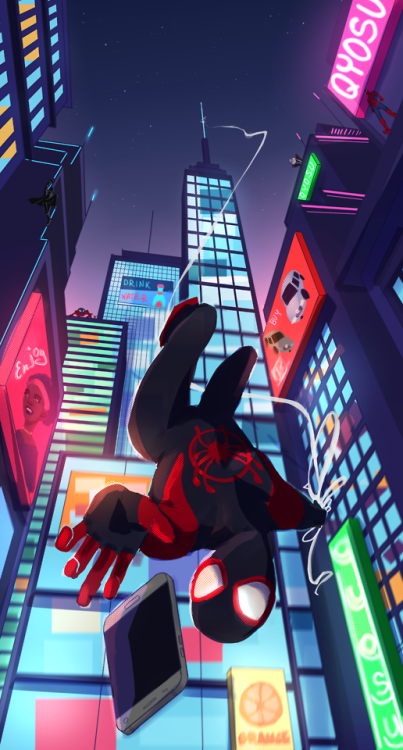 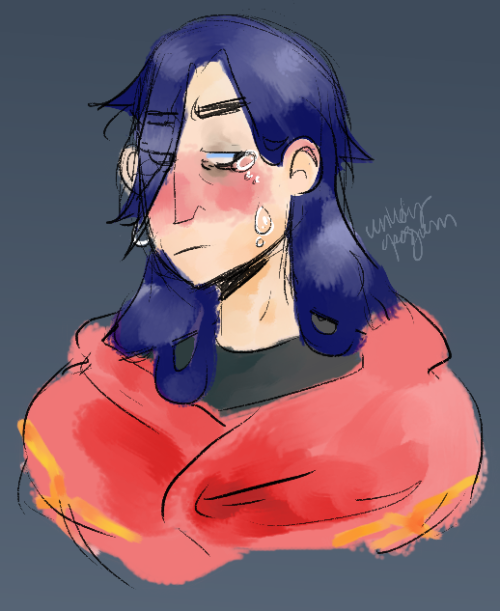 It’s a quarter past one, I’m a little drunk and I need you now

my parents
their histories
despite the happy ending
are tumultuous; changing
they came from a land
that is split and fragmented
people pegged into a caricature
none of us want to resemble

i was born in a country that is a twelve hour plane ride away
war torn and surrounded on all sides
but so beautiful, vibrant, and proud
and yet
no matter how much i want to
i can’t be
there are too many looks
too many stares
too many knives behind exposed backs

Though they’ve not yet reached their first anniversary, which will take place on Jan. 17, 2020, WayV’s already released their fair share of music over the past year: they started off with their single album The Vision, and followed it up with their Take Off and Take Over the Moon EPs, the latter arriving in October ahead of a series of fan meetings throughout Asia tied into the album. With four singles under their belt – “Regular,” “Take Off,” “Moonwalk,” and “Love Talk” – the septet has shared much of themselves with the world in their inaugural year, and are ready to take the world by storm as they head into the 2020s.

WayV, which stands for “We Are Your Vision” and is also known as WēiShén V, features seven men between 19 and 23-years-old, all of Chinese descent but hailing from a multitude of countries and versed in multiple languages. They were put together by South Korean company SM Entertainment but are managed by Label V, and spend their time split between China and Korea, focusing on the Mandarin-speaking market but also participating in events typically associated with the K-pop industry, such as recent appearances on South Korean music programs and performing at the 2019 MAMAs. But don’t label them K-pop or C-pop: WayV are carving out their own road to victory, and want to bring something new to the global music stage. ”We want to identify just as Asian pop or really just as WayV pop,” Thai member Ten says with a determined glint in his eye. “I hope that will become a thing in the future.”

He had taken refuge in the chapel.

He, their prince-king; not yet annointed, sealing his divine pact with God in quiet communion. He had allowed the entry of only Father Guillaume, forsaking all but bread and water in his fast. He kneeled like a penitent, expiating himself before the Lord, unseen for three days since the passing of his sire.

On the fourth night, he called for the Captain of the Royal Guard, at last granted his presence.

Laurent is clothed only in a white shift, the tunic fine but simple, and spun woollen leggings to stave away the chill. He looks more squire than king - like a boy keeping vigil the eve before knighthood.

He is seated at a cushioned and gilded chair upon the apse, served a break-fast of cheese and pheasant and wine, though it cools on the tray, untouched, his lips unsweetened by the vine.

Laurent is drawn, with purple hollows under his eyes and a sharpness to his cheeks that had not been there before. His hand is soft and milky as he holds it out for his man to kiss - all adornment, all vanities but for the signet ring of his House - have been stripped away.

“The assassination. What have you learned?” 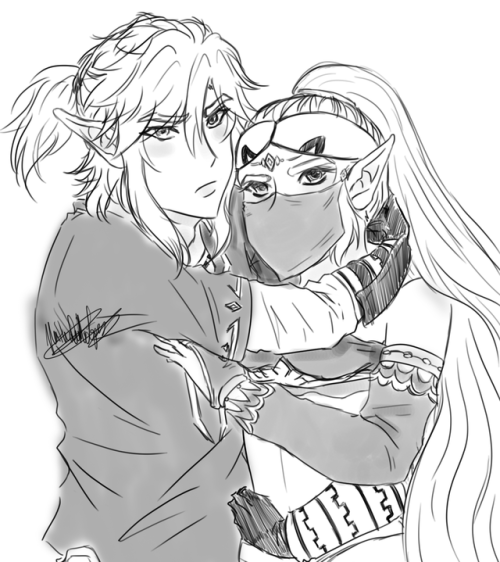 by me, Nathalie Michelle L. (AKA Michie) @xxhinaangelxx

I have finally did some digital art for my zelink!! Yay! This definitely gave me some practice since it has been awhile. I love how this came out! This was so much fun to draw. Hope you all like it too! I’ll do another digital art based on my country sweethearts TP!Zelink verse. It won’t be for awhile though (^w^); . I’ll be drawing traditionally since I’m definitely more comfortable (and also because the laptop is slow *groans in dismay*).

Anyway, please enjoy one of my rare digital art piece ;)

What kind of violin style do you play in? Classical only? Jigs? Improve?

I’m classically trained. I performed with full orchestras from the time I was 8 until I was 22. Now I mostly perform with my quartet when hired for weddings/parties, which usually ask us for classical works. Having been raised playing in Texas though, I am well-versed in country fiddling. Jazz/blues aren’t my forte but I enjoy trying. I know a few Irish jigs by memory but those were all just because of personal interest & because my mom likes them.

Meowle AsksAnonymousI’ve considered auditioning for one of the symphony orchestra around mebut I don’t have the time to commit to them fully
20 notes
Loading...Show more notes
Reblog

Imagine this.  You’ve stumbled on an abandoned cartooning studio. Miraculous, how it hasn’t been torn down, as it looks like it MUST have been at least as old as the thirties… But the further down you go, the more an oily black substance stains the walls, leaks through the floorboards, and eventually, floods some areas entirely.   You’re certain you’re alone. Until you hear… a banjo.

Yes, a banjo.  Sammy Lawrence would have gone mad long ago– more than he already has– if it wasn’t for his beloved instruments, the rustic, humble banjo his favorite amongst the entire orchestra. Reminded him of home.  Wherever that was. If he ever had one. He’d forget his own name if it wasn’t on the tapes.   If ONLY he kept pictures…
However, a loud enough splash in the ink from the outsider soon made that banjo stop.
“ … Little sheep, little sheep, why’ever do you roam..? ”  The voice was silk and a deadly bitterness as he slowly recites, seeming to bounce from everywhere in these catacomb-like halls.
Only the living made such irritating noise…  Oh well.  More for Bendy.
“ Black sheep, black sheep, oh so far from home… ”

( OK but your Crane reminds me so much of how I used to write sammy lawrencegrumpy but sophisticated men from the country yes good )→ ✗ ❝ A riddle with no answer. ❞ 🐇 ask.→ ✗ ❝ “ You can really have no notion how delightful it will be... ❞ 🐇 alt verse.atrickofthetoxin→ ✗ ❝ Will you- won't you? ❞ 🐇 i.c.TEMP MUSE : Sammy Lawrence !
4 notes
Loading...Show more notes
Reblog

NOT TOO IMPORTANT (OOC)PROLOGUE (Pre Canon Great Comet)I'VE HEARD WHAT ELOPEMENTS ARE LIKE (Abduction Verse)COME HOME WITH ME (Hadestown Fix It Verse)UNTOLD HORRORS AND THE END OF THE WORLD (Apocalyptic Verse)JOY AND LIFE INSIDE OUR SOULS (Soulmate Verse)IT'S SUCH A SHAME TO BURY PEARLS IN THE COUNTRY (Pirate Verse)WE WERE ANGELS ONCE (Angel Verse)THE ZEST OF LIFE HAS VANISHED (Ghost Verse)
4 notes
Loading...Show more notes
Reblog

horrorstoried☣ verse. —— tony ! nathan stark // horrorstoriedsorry it took so long !i know that mother's day is probably a week away in your countrybut here it's tomorrowso i thought i'd write something in honor of that lol
3 notes
Loading...Show more notes
Reblog

country verse and opinion: it’s been a few yrs since i’ve watched it so maybe i’m forgetting s/t bad abt it, but i think “the world’s end” might b the best film in the cornetto trilogy 😦

it’s Definitely underrated at least compared 2 shaun of the dead + hot fuzz, and maaaybe the ending isn’t as good as the other two’s, but the rest of the story’s just as good, the soundtrack Fucks and rosamund pike is there 😌💕

Do you ship Feuilly/Bahorel? If so, how do you think they met in a modern au? Maybe through Enjolras or they knew each other as children or something?

I ship it in certain circumstances! I have a fun small AU in which they buy a house and move to the country and end up adopting kids together. (I don’t remember my tag for it? maybe country verse or country house au?) In that verse they’re probably meet through mutual friends - Bossuet, Feuilly’s downstairs neighbour at the time, had a party with his pre-law buddies, including Bahorel. Feuilly ended up going because what the hell, she couldn’t sleep with all that noise anyway, and while there she heard Bahorel having an Argument with a douchey guy about bathrooms and trans rights and she just had to intervene.

They were friends at first sight - love did come eventually, but it took a couple of years for them to realise they friendship was going in a different direction than expected.

no wait can we talk about cooking and. like. vegetable gardens and growing stuff in the little-country-house AU because thinking about cooking dinner together or growing little tomatoes is the pathway to joy

It takes them a while to get their garden started, between moving and Feuilly starting her new job - but Bahorel, in a slower moment, decides to try out some things - he has time, and he remembers that kind of stuff from growing up in the country - looks simple enough, right? Flowers, herbs, that kind of stuff.

Feuilly doesn’t notice right away, but when she does she’s delighted. And promises to help him, as soon as she’s done grading these tests, she promises.

(One morning, Bahorel wakes up in their bed, and Feuilly’s side is empty. Not too worrying, as she’s pretty much always up before him. But she’s not in the kitchen either, and when Bahorel looks in the window, he sees her, wearing sweats and an old college tshirt and the largest straw hat they own, making a little corner for tomatos.

Later, lettuce joins the tomatoes. Then potatoes. Carrots. Cabbage… it ends up pretty huge after a few years of this.)

Jehan comes over more often than all of the others combined, to be honest - at this point, it’s pretty much his second home. One day he and Feuilly go for a walk, notice wild strawberries - they run back to the house, laughing like children and not like 30 year old adults, to get plastic containers to carry them. They end up finding enough for Bahorel to make pies with them.

Feuilly can’t really cook all that well, though she’s trying, but she’s getting pretty good at preserves - jams and fruit ketchup and marmelade and such. Bahorel does most of the fresh cooking, as well as some of the best muffins ever. He’s been trying to get Combeferre to give him his trick for croissants, but he hasn’t so far - Combeferre’s worried that if he gives Bahorel and Feuilly that power, he’ll never see Enjolras ever again because he’ll move in with them.

There’s a huge farmer’s market a few villages over, and though Feuilly and Bahorel don’t have a stand - their little garden isn’t quite big enough to sell their stuff, besides, they give most of it away anyway - but they always help out with the promotion and organisation!