coercion is not consent

Wait, can you elaborate on "the only consent that counts is enthusiastic consent" as a form of radfem rhetoric? I am in very inclusive circles irl that are kink, nonbinary, trans, and sex work friendly and, as far as I know, people in my circles also believe that.

I don’t have time at this exact moment to write the usual long post, but–

the short explanation for why ‘enthusiastic consent is the only kind of consent that counts’ is rooted in radfem rhetoric is:

to claim it’s possible to have consensual sex that is not actually consensual is radfem rhetoric.

creating this question about the meaning of ‘giving consent’ is key to introducing a central radfem tenant, which is: because of patriarchy, internalized misogyny, compulsive heterosexuality, and rape culture, it’s impossible for anyone-radfems-perceive-as-a-woman to truly consent to sex with anyone-radfems-perceive-as-a-man. their consent is always, automatically, coerced.

(my problem with the belief that misogymy/patriarchy makes giving consent impossible is that it invalidates the autonomy/free will of literally billions of people (I go into more detail here). talk about presumptuous! )

other issues with ‘only enthusiastic consent counts’:

I get where the concept of ‘enthusiastic sex’ is appealing: it feels like the perfect answer to pressure to have sex whether one is ready/interested or not b/c it’s ‘what you’re supposed to do’.  Plus: there’s certainly merit to telling people that their own feelings/desires should be a central/one of the most important deciding factors in whether or not one has sex (and using that as a shield against pressure to proceed).

but the rhetoric around ‘enthusiastic consent’ leaves a lot to be desired, and pries open doors to buying radfem ideology. 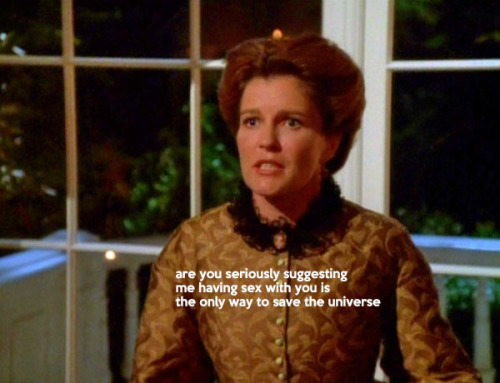 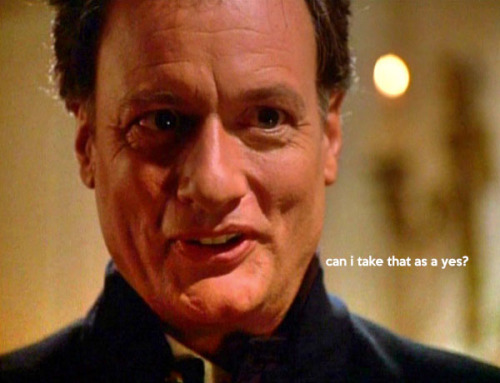 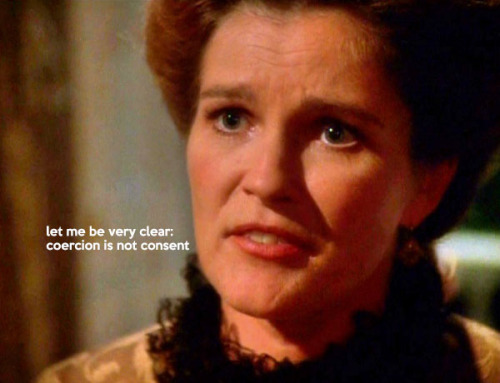 pixie recaps Voyager | The Q and the Gray

Sexual boundaries are super important. If you’re not into males, regardless of their gender identity, that’s NOT TRANSPHOBIC.

Someone telling you to date/sleep/flirt with someone if the opposite sex IS HOMOPHOBIC.

Your boundaries matter.
Speak up, you deserve respect.

I don’t think men will ever actually stop sexually assaulting women until they can genuinely view us as just as human as they are. Even the ~progressive~ ones tend to just think they’ve found the ‘feminist’ version of getting what they want and that that’s consent. Like they genuinely think it’s a matter of learning the current Acceptable™ kinds of coercion. That’s why they always act like women trying to educate about consent are “making things too complicated” because they are trying to navigate the concept like a rulebook on how to avoid the Unacceptable™ coercion while still coercing women into sex. Like they do not understand that we’re not “changing the rules” we’re just continuing to call them on not treating us as autonomous, sentient, human beings and feeling that they should ultimately get the final say in whether or not they get to use our bodies for their sexual gratification.

Friendly reminder to all that there is no wrong reason to refuse sex. Anyone who says otherwise does NOT understand consent. Consent is only consent if it is freely given without coercion. Every single NO is completely okay. Your NO is okay.

Anyone who says otherwise is lying. Ask yourself what they have to gain by that lie.

Summary: Mysterio kidnaps Y/N Parker as leverage against Peter, as well as because he has taken a liking to her. But the longer she stays with him, the more twisted her reality becomes, until it’s nothing but him. Will Peter be able to save her before it’s too late? Dark!fic, Stockholm Syndrome, dub-con, etc.

What if Bill shapeshifted into Wendy, disguising his eyes and voice and makes out in bed with Dipper, then in the morning, show him it's you.

I’m pretty sure I’ve seen this done before somewhere??

1) His patience is selective as hell.

3) In terms of manipulating Dipper, it would be more effective for Bill to reveal himself while they’re fooling around. (TW: Manipulative behavior/coercion ahead.) While dipper would normally associate arousal with Wendy and shock/fear with Bill, the experience would make him associate arousal AND fear with both of them. Bad for Dipper’s relationship with Wendy, but a step forward for Bill. Bill could also pressure him to keep going on the grounds of “you were already enjoying it.”

More importantly, I’d be surprised if a crush Dipper had as a 12- or 13-year-old lasted into adulthood.  The trick would blow up in Bill’s face.  He’d sulk for days.

Everyone say it with me: COERCION is NOT CONSENT

If she says yes just to make you stop pestering her about something, that IS NOT consent. You’re consenting to something when you WANT to do it, not because you think a guy will stop pressuring you to do something.

This is a lesson I wish I’d learned more about before I went to college.

psatwpersonalcoercion is not consent
9 notes
Loading...Show more notes
Reblog
Kiss Me Not -Part 16-

Harry turned, half expecting to see Pansy before he realized the voice didn’t fit. The girl was wearing Slytherin colours but, best guess, she was a fifth or sixth year, with long blond hair rather than Pansy’s short black bob.

“My friend Ellidh said she kissed you, is it true?” she demanded.

“Ellidh Keegan!” She shouted, her face taking on a red tinge, “She’s a sixth year Ravenclaw with brown curly hair and freckles across her nose!”

“Amelia, Ellidh isn’t the type to do that and you know it,” A tall hufflepuff with spiky black hair said as he walked up causally to join his friend.

Harry shook his head, “No, I haven’t kissed her,” he said, trying to edge around them.

Amelia moved with him, continuing to block his way, “But you let her try, didn’t you? I’ve heard people talking-”

“No.” Harry said with an exasperated sigh, “I haven’t let anyone try. I’ve been jumped and surround and tricked but I had nothing to do with it. Let me pass, would you?”

Amelia  face grew redder and she snatched the sleeve of his robe to keep him from leaving, “She said-”

“And I said No.” Harry cut her off, just barely holding onto his temper and not wrenching his robe away and shoving past her like he wanted to.

“Come on, Amelia,” Jeremy said, gently catching her arm, “I know you fancy Ellidh but-”

“I DO NOT!” Amelia shouted on the verge of tears as she let go of Harry’s robes and ran down the hall, shoving Jeremy as she went.

Harry heaved a sigh and pushed his hand through his hair.

“So- The kissing thing is totally off the table?” Jeremy asked, “Because I’ve always thought if I ever were to fancy a bloke you’d-”

Summary: You are one of Thanos’ daughters, an omega fugitive trying to survive on earth after the snap. Three years later you past catches up to you, Clint wants to make you pay for your hand in the disappearance of his family. But when he smells your impending heat, plans change…

Overall warnings: Mentions of abuse, mentions of torture, violence, mentions of murder, mentions of rape, claiming, breeding, coercion, dubious consent (the reader is in heat and not in her right mind to consent, no matter how much she begs)

A/N: Just a little side note, my main sources of inspiration are;
@sherrybaby14
@darkficsyouneveraskedfor
@youngmoneymilla
So if you want some insanely good pics to read I suggest checking them out.