cocaine is a hell of a drug either i’m in heaven,,

or i’m in hell 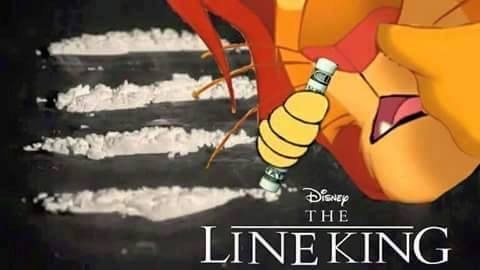 Let the music take you higher 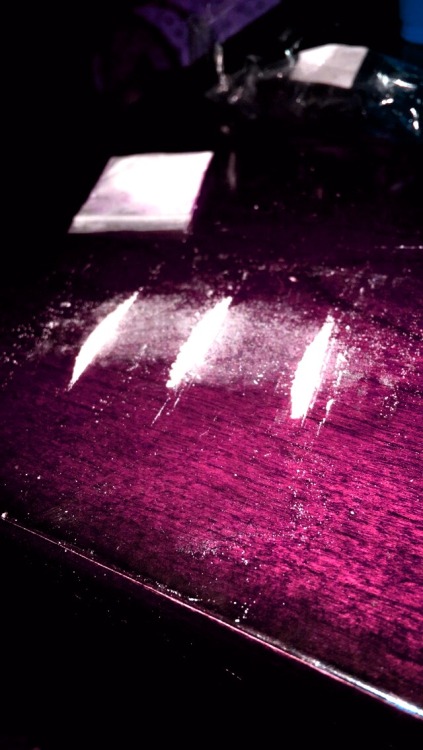 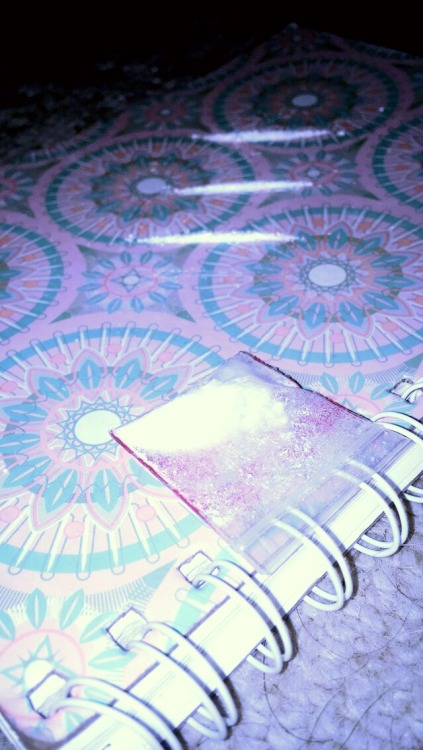 I’m not going to hell sober

This stuff looks cool, but I could never bring myself to do it…I can’t even stand water in my nose when I’m swimming 🙍 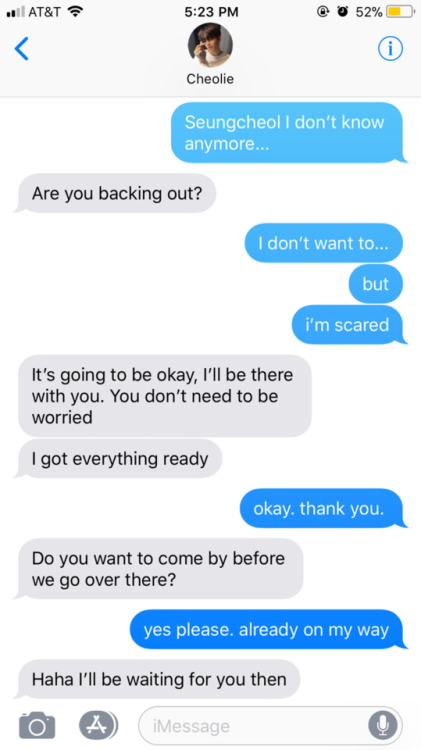 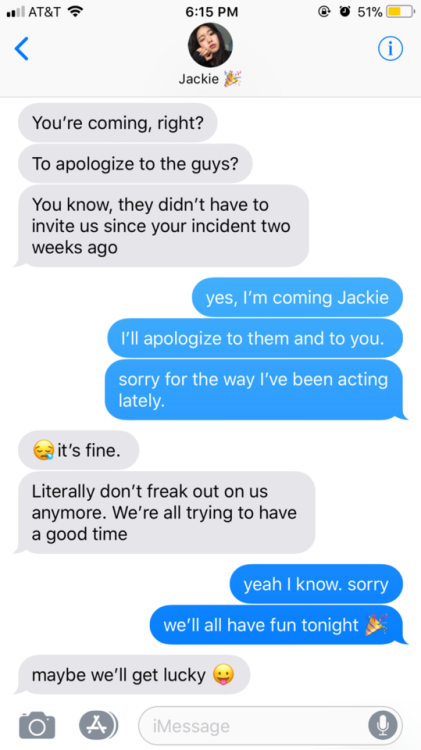 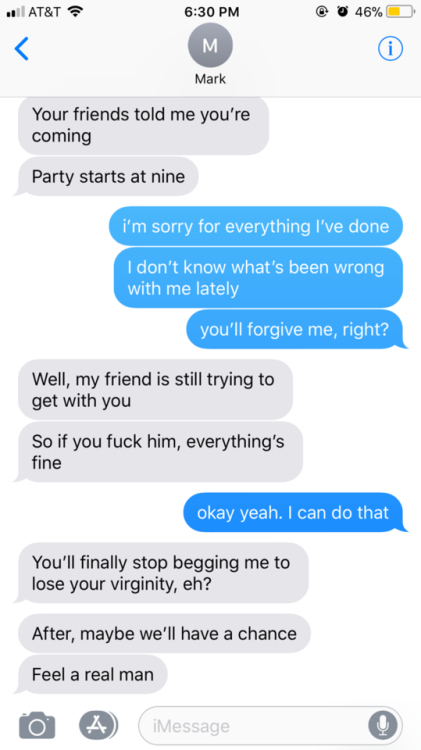 “Seungcheol, I’m freaking out,” You whispered as you neared towards the fraternity house. People were already outside with bottles in hands, girls flirting with men, and couples nearly on top of each other.

Your mind instantly raced to when you were drugged out, trying to get out of the house. You tumbled out, body waved around and nearly falling several times. Thankfully, when you reached campus, you were able to slump on a nearby bench before Seungcheol came to your aid.

The man put his arm around your shoulders as you began walking up to the door. “Do we knock, or-”

You scrunched up your face. “Who goes to a party and knocks on the door?”

Seungcheol had dressed very nice for the party; he had put on a nice button up with a pair of ripped jeans. You weren’t going to lie, you definitely check him out. Several times. It was completely different how you were dressed: a tank top and some shorts. Usually, for the sake of your friends, you were skimpy clothing, trying to get the men’s attention. However today, that was not the motive.

Opening the door, you walked in, immediately feeling drained from the scene around you. The music was loud, and people were either dancing or talking with their groups. Once your eyes spotted Jackie and the others, you glanced up at Seungcheol and motioned for him to follow you.

“Jackie, hey,” You said softly once you reached the girls. The others only glanced at you, then immediately set their eyes on Seungcheol. “This is my friend, Seungcheol.”

She smirked. “So this is Seungcheol, huh? You’re pretty strong for a culinary major.”

He raised his eyebrow. “I’m not a culinary major, I’m a cri-”

You cut him off. “He’s thinking about switching his major to Chemistry.”

“We’re going to go say high to Mark, though,” You put your hands around Seungcheol’s upper arm and pulled slightly. “We’ll catch up with you guys later.”

They whined as you pulled the man away from them. You could feel your jaw clench as they batted their eyelashes at him. You were never taking him to another party in your life.

“What’s wrong with my major?” He asked as you were walking to the kitchen.

You glanced up at him and furrowed your eyebrows. “Do you think they’d allow any criminal justice majors to a fucking party? Tell me, do you see anyone else here that’s enrolled in the program?”

He looked around. “Okay, maybe you have a point, but I thought girls would kinda like it, you know? I’m all strong, protective, daddy material.”

“Stop before I vomit,” You could feel your cheeks burn.

You got in the kitchen, and thankfully, no one else was in there. You glanced around at the cups that were definitely roofied. Sighing, you turned your head and glanced around.

“Did you bring the stuff?”

He nodded and reached into his pocket; he pulled out a small baggie. It contained a white power, most likely cocaine. You furrowed your eyebrows at the baggie, then at him.

“Where the hell did you get that?”

Seungcheol shrugged. “I have friends. Mostly my roommate, but the others helped too. For the record, they don’t do drugs, but they do have connections.”

“Christ,” You sighed and ran a hand through your hair. “Where are we going to put it?”

“In plain sight, of course. I was thinking in a houseplant or something,” He shrugged. “Or anywhere else that’s in plain sight, but not so noticeable? I don’t know.”

You nodded, feeling your body begin to tremble. “I’m scared we’ll get caught.”

Seungcheol took a step towards you, filling the gap between you two. “We’re not going to get caught. I’m going to be a cop, shouldn’t I know all the secrets?”

“That doesn’t mean we’re still not going to be caught,” He kept getting closer. Your heart was beginning to race. He leaned into your ear and began to whisper. “Someone just walked in, I’m going to kiss you and I want you to put the baggie in my pocket, okay?”

You gasped as his lips pressed softly under your ear. Your whole body tingled from the sudden sensation, almost making you forget what he had told you. He grabbed your hands, putting the baggie in your palm, then placed his hands on either side of your head as he began trailing kisses down your neck. Squeezing your eyes shut, you let out a whimper and began trying to shoved the drugs back into his pocket. With his movements and the anxiety from before, your hands were shaking, making it harder for you concentrate.

Finally, you succeeded in shoving the baggie in his pocket. You let out a sigh and began to melt under his kisses. Seungcheol pulled away from you and smirked.

“Good girl,” He then leaned back in. “Here’s your reward.”

His lips pressed against yours, but only for a second before he pulled away. “Let’s go plant it, yeah?”

Flustered, you nodded your head.

i told you. you weren’t ready.

Cocaine is a hell of a drug

comparing sugar to drugs like cocaine or heroine and calling food “addictive” is not only corny as hell, it also trivializes the life-threatening struggles of actual drug addicts which is the opposite of what we need to be doing

Love is a hell of a drug

Cocaine, it’s one hell of a drug! 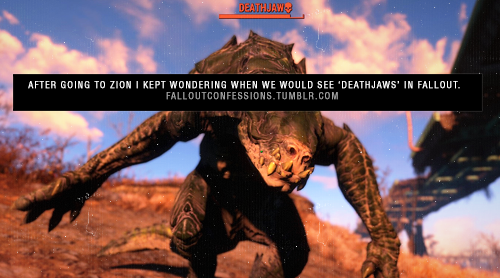 “After going to Zion I kept wondering when we would see ‘Deathjaws’ in Fallout.”

you do know that it says Ricky is a pathological liar and addicted to psycho in his bio right'cocaine is a hell of a drug'deathjawfalloutfallout confessions
60 notes
Loading...Show more notes
Reblog

I use to do a crap ton of cocaine while watching your videos. Literally every time I scored a bag I would sit down, open your latest video(the night b4 Christmas was my favorite to do drugs to) and snort my cares away. My addiction got so l bad that I now associate your videos with cocaine, and every time I see one of your videos(hell, If I hear your voice) I get cravings. I’m two years clean now and the happiest I’ve ever been. But PLEASE never come to NJ, lest I relapse.

Looking at the past Hollywood stars who have fallen to drug addictions such as Whitney Houston, Keith Ledger, Brittany Murphy, Bobbi Kristina, etc - I have decided to create an article about stars who are still alive today but have dealt with the troubles of drug addiction as a child. It’s something super interesting about actresses & models who were hardcore drug abusers as kids. Like what the fuck? Gotta love Hollywood!

1. Jaime King - Child actress & model, Jaime King is notorious for her heavy influence on the ‘Heroin chic’ movement that took over street culture in the early 90s, especially within the fashion industry. Jaime became a model at the age of fourteen after being discovered by a modeling agency, where she also became exposed to opiates, obviously specifically Heroin. Fame (especially at an early age) seems to guarantee drug addiction.  Devastatingly iconic, their is a image of King photographed by Davide Sorrenti, where she is obviously blacked out sitting in the lap of another adult as his comrade who appears to be pouring him a shot of Vodka?

2. Drew Barrymore - I have written before how child actresses seem to have problems deciphering fantasy and reality since a child’s imagination operates an extremely high level - especially with Drew being a Pisces - they are a zodiac sign known for their escapism tendencies and drug addiction. Born into the toxicity of the entertainment industry, Drew Barrymore began smoking pot and drinking alcohol which acted as a gateway to the use of Barrymore using heavier chemicals such as cocaine/ecstasy all before the age of fourteen. It is a fact that the younger a star is exposed to fame, the heavier the drug abuse becomes. The Hollywood industry is cold as fuck - the industry enjoys romanticizing drug addiction so it’s hard for many young stars to decipher what moral conduct stands for. Drew Barrymore clearly grew up way too early which is why we love her so much, she has so much experience as an actress. In order to save her life and career, Drew Barrymore entered multiple drug rehabilitation centers as a teenager. You could say Barrymore has experienced one hell of a life.

3. P!NK - As far as drug usage in the Hollywood industry, the star is either born into an abundance of networking connections and fame and starts to get super fucked up, or one receives connections throughout the drug scene, thus gaining notoriety. P!nk began dabbling in the hardcore party scene from the her prepubescent years up until teenage-hood - selling designer drugs & all - literally becoming famous for her drug addiction solely because drugs have been so heavily romanticized. Ecstasy, Crystal Meth, Acid, Marijuana - you name it! Eventually P!nk overdosed and decided not to dabble in drugs again, gaining focus on her craft and thus sparking the birth of an iconic music career - She has written about her quest to maintain sobriety before in the past. We love P!nk because she is super badass and totally gives me Nancy from The Craft Vibes, except with P!nk hair.

4. Courtney Love - To say that Courtney Love gained notoriety from her drug usage is an understatement, since Love seems to be one hell of a Hurricane. Courtney Love has admitted in the past that her father has given her LSD-Acid tabs as a child, definitely taking the award for 'Youngest Star To Do Drugs’ (sarcasm). Out of this bunch, Love seems to be the only one who couldn’t kill the demon that is drug addiction and had her disease affect her career the most severe. Obviously Love is infamous for her heroin usage with her husband, Kurt Cobain and rumors of injecting Heroin while pregnant with her daughter Francis Bean - but Love has admitted in the past that her drug addiction has started as early as 10. 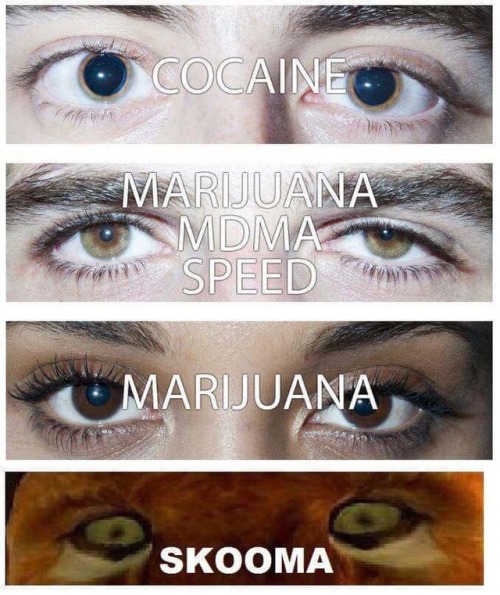 one hell of a drug

I’m coked up to hell and back