The Senate is working in secret, refusing to hold any hearings or listen to health care experts, on an ACA repeal that would be devastating for millions. Fight back: http://buff.ly/2sYr9XR 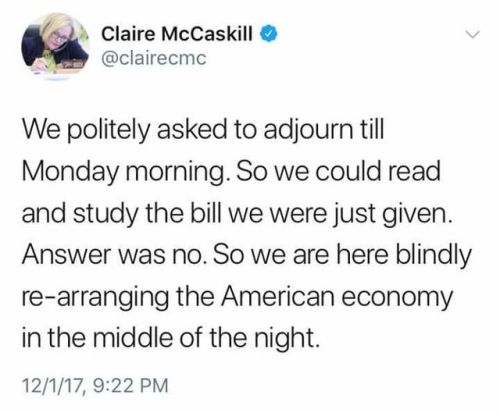 Don’t be stupid–if people actually got a chance to read and study it, they might vote no! 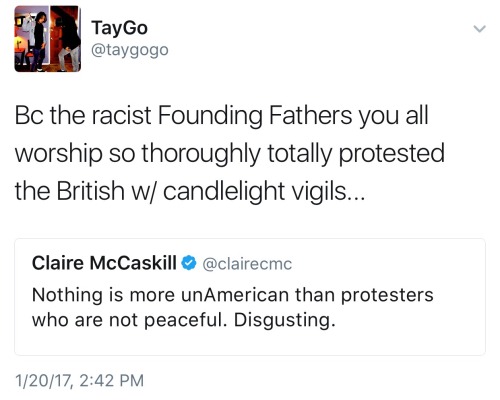 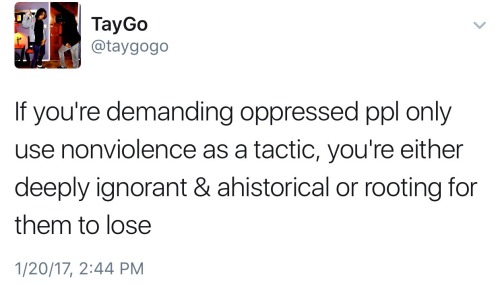 I always roll my eyes whenever I hear people indirectly tryna drag Black people (yeah that’s what it is) when talking about protests - especially white “liberals” commenting on “good vs. bad“ protests. Ever notice how the “bad” protests are the ones where Black people are protesting for basic human rights?

Forget about the property damage that occurred at the Boston Tea Party that America LOVES to remember in history books, think about the Lgbtq movement sparked at the Stonewall RIOTS. And the people who denigrate BLM protesters usually ignore how quickly police instigate violence against non-white protesters. So please don’t forget about the role white privilege played in “no violence” happening at protests attended by white women who were so bathed in privilege they received spontaneous hugs from the police.

And if “no arrests” is your metric for judging how good or bad a protest is, then think about how many times MLKjr and John Lewis got arrested marching for Black Civil Rights. Does the “violence” against John Lewis on the Edmund Pettus Bridge mean that was a “bad protest” too?

“No arrests” and “no violence” are often unconscious(?) stand ins for anti-Blackness.

Please don’t fall into this mental habit of judging human and civil rights protests as “good” or “bad,” especially when marginalized protesters are fighting for the most basic rights. That mindset is a trap; a reliable trope of white supremacy.

“First, I must confess that over the last few years I have been gravely disappointed with the white moderate. I have almost reached the regrettable conclusion that the Negro’s great stumbling block in the stride toward freedom is not the White Citizen’s Council-er or the Ku Klux Klanner, but the white moderate who is more devoted to “order” than to justice; who prefers a negative peace which is the absence of tension to a positive peace which is the presence of justice; who constantly says “I agree with you in the goal you seek, but I can’t agree with your methods of direct action;” who paternalistically feels he can set the timetable for another man’s freedom; who lives by the myth of time and who constantly advises the Negro to wait until a “more convenient season.

“I am aware that there are many who wince at a distinction between property and persons—who hold both sacrosanct. My views are not so rigid. A life is sacred. Property is intended to serve life, and no matter how much we surround it with rights and respect, it has no personal being. It is part of the earth man walks on; it is not man.” - MLKjr on how white culture values property damage vs the value of Black lives 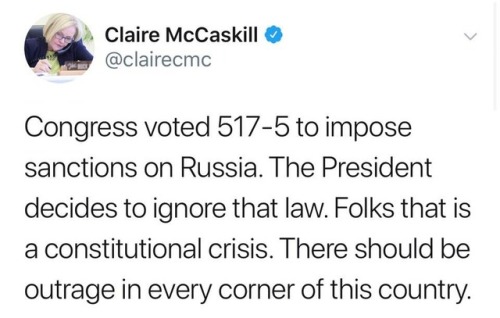 On the heels of yet another female U.S. Senator being told to more or less “calm down” while passionately doing the job she was elected to do, we are again wondering this: why are outspoken women so quickly accused of being hysterical? Being unapologetically loud and standing firm on your values are viewed very differently among genders, and when this perceived “hysteria” halts progress, we have a problem. Though this is not the first time this has happened, and unfortunately probably not the last, we know a little opposition can’t keep ’em down! We’ve gathered up some inspiring reads that demonstrate the power and success of strong female voices. 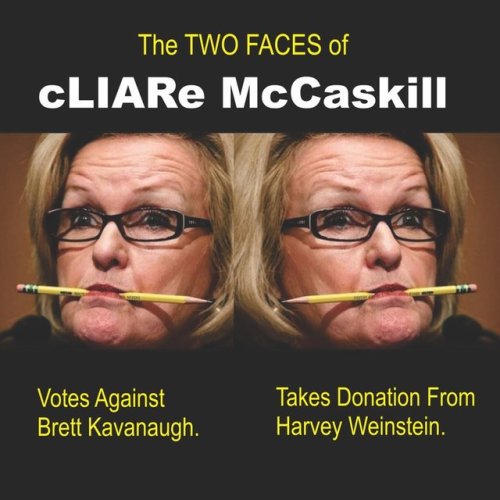 So Trump is doing a rally in my town next Friday, and I think he has no idea that Boone County, Columbia especially, is…not like the rest of Missouri.

The race has not yet been called. 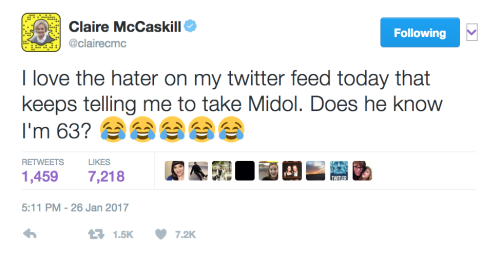 Claire McCaskill is one of the few things keeping me from taking up day drinking.

Project Veritas Action Fund released a third undercover video which exposes how incumbent Senator McCaskill and individuals working on her campaign conceal their liberal views on issues in order to court moderate voters.

Shocks of shocks – Democrat politicians deceive voters in order to get elected and then to pass their far left agenda.

McCaskill has mastered the two-faced approach that Hillary championed up into the 2016 election. This swamp creature needs to be voted out.