So y'all probably know about chocobos. They’re this fictional bird creature that characters from the final fantasy series can ride. They look like this in most contemporary artwork and renders.

Sometimes even way cuter like this stud muffin here

But it turns out that these guys here are way more bird-like than the original chocobo design. The chocobo first appeared in Final Fantasy II (1988) on the NES. Its original render looked like this:

That’s the world map. Originally, the idea was that the whole party of four would ride on the back of one chocobo (unlike the later chocobos designed to be ridden by a single rider). And so Yoshitaka Amano designed for the official artwork gigantic two-legged reptilian bird that could travel around the world with multiple riders. The first official chocobo artwork looked nothing like the chicken-thing we now know:

Fucking awesome right? One more thing: it was possible to summon a chocobo into battle in Final Fantasy III using “Chocobo Rage.” The game manual featured artwork for moves and items and featured this one for Chocobo Rage:

This interpretation of a chocobo quickly fell out of fashion. The concept art for Final Fantasy IV (1991) had already moved on to the chicken design we’re more familiar with: 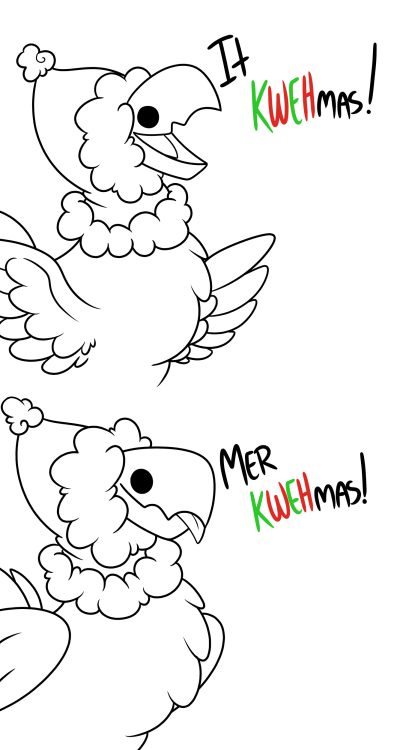 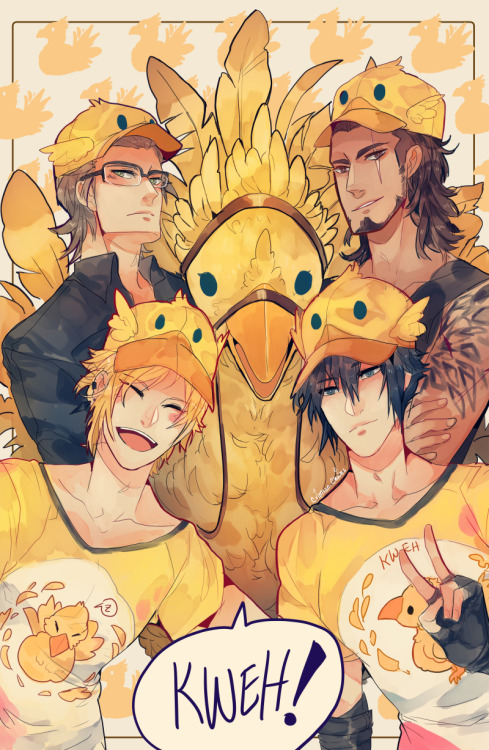 GALARIAN ZAPDOS IS A CHOCOBO!!

(And Inteleon is a camper) 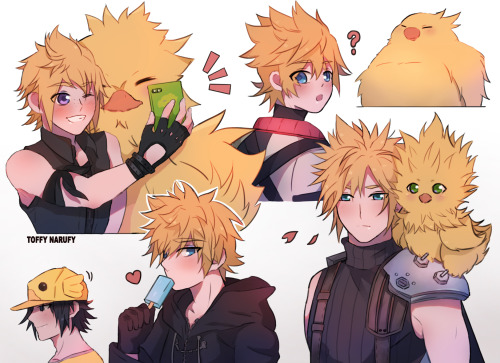 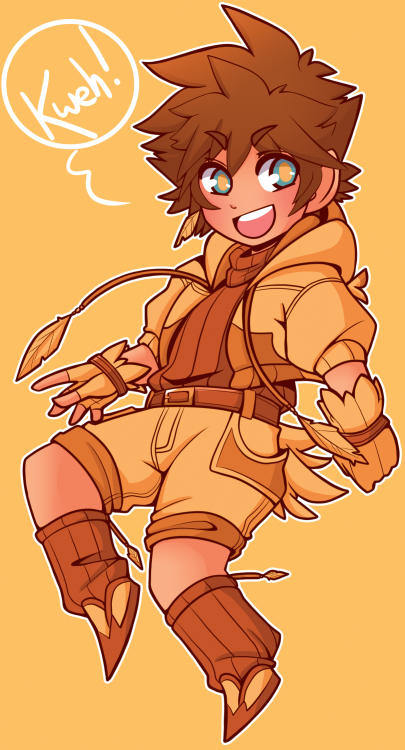 sorakhkingdom heartsfinal fantasydestiny doodlesffchocobochocobosi can't remember my tag for chocos hahai kinda don't like this but i did it so*flings onto internet*drawing chibis has been a very nice relaxing way to pass the time
1,291 notes
Loading...Show more notes
Reblog 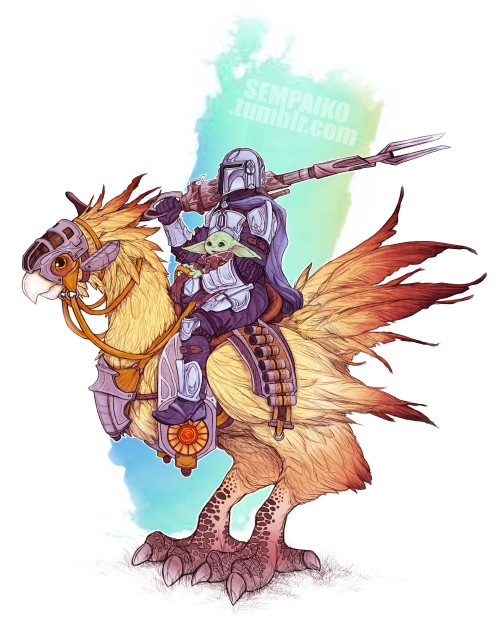 The crossover no one asked for, lmao. I do like my crazy crossovers, and I really like Final Fantasy ones. I did another Final Fantasy / Star Wars crossover a while back, of course it was Rebelcaptain. This is not quite really finished, as I have some finishing touches, but it’s finished enough for an online version, so it is here for your enjoyment now! 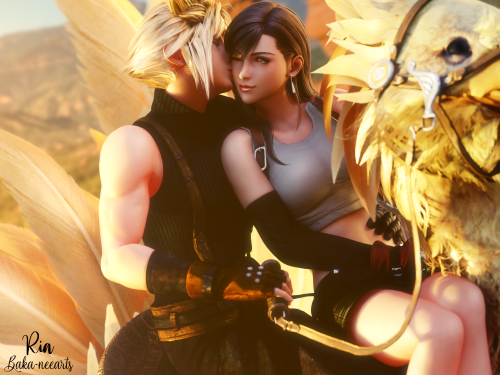 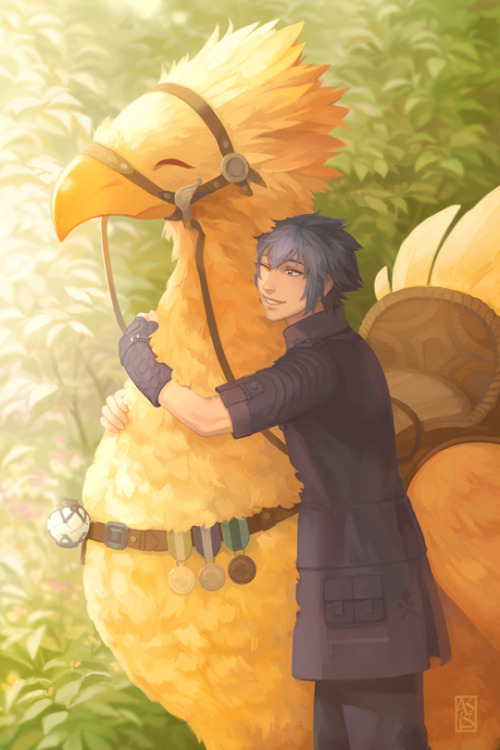 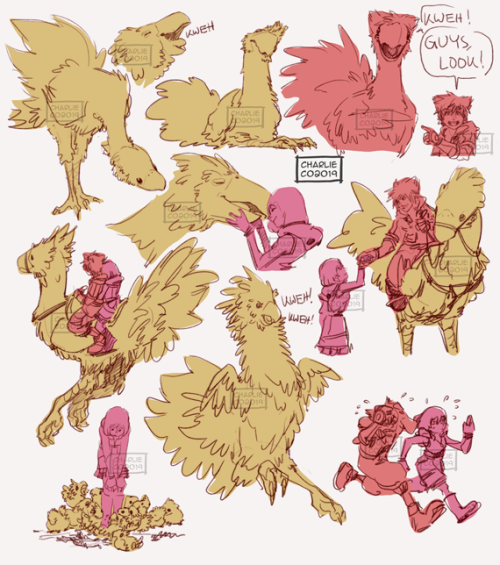 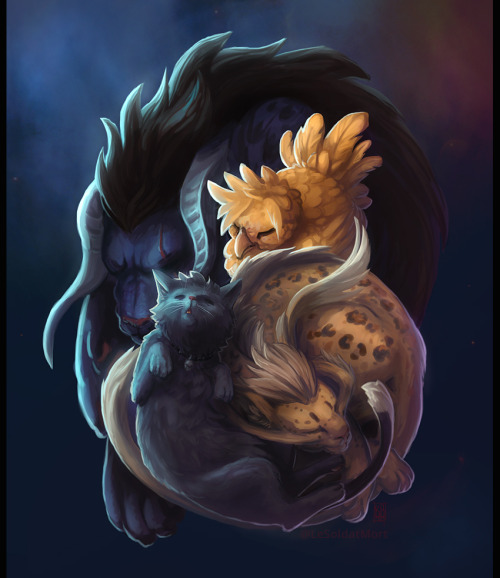 Me and @artofalassa needed something soothing, so I went and made this big cuddle pile of FFXV bois ♥ 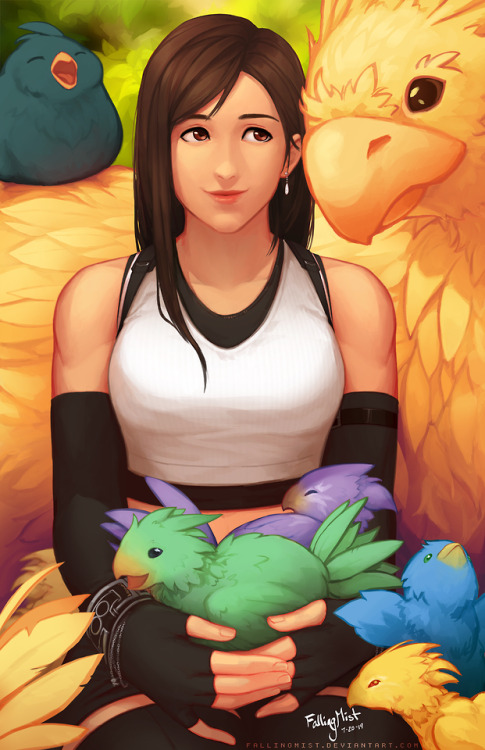 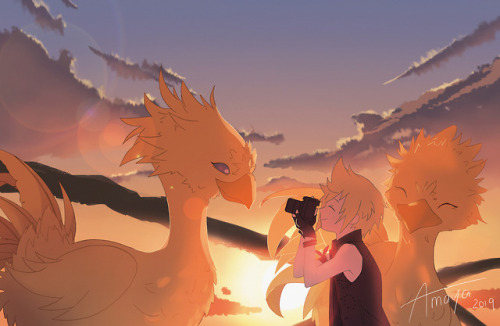 Prompto and the Chocobos 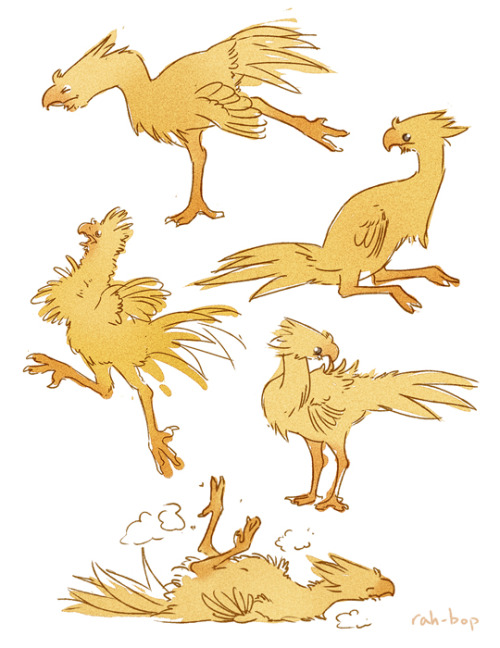 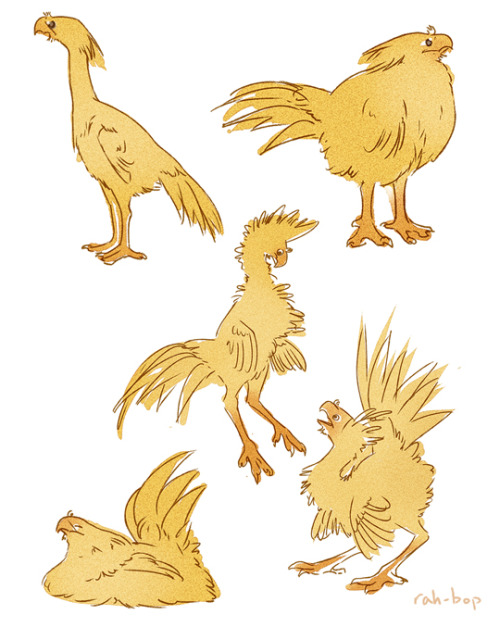 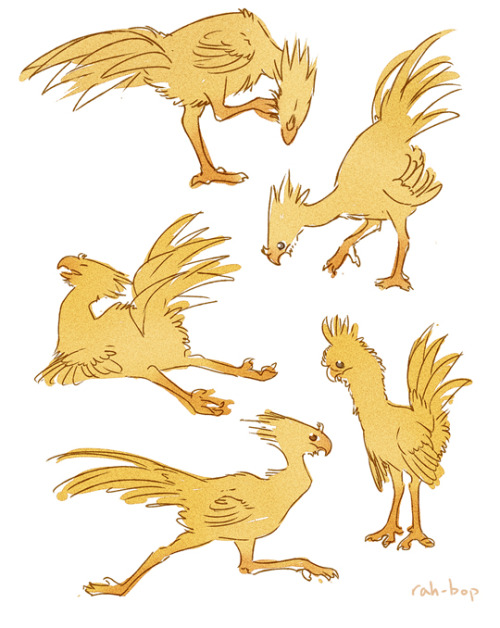