nctincnctdoyoungkim doyounglucaswong yukheiyukheinct urita.gif1km: ncti had my friend check the trans for dys poem so i hope its all good!bless her i love hershes also the one who said inseong is totally my type ldnskbut lucas' reaction i cjbsajcndont act like ur not cheesy eitherbut i cried hes so cute pls have mercy im already in love w uim lowkey starting to dislike the way i color jdansjldn yikes2k3k
3,769 notes
Loading...Show more notes
Reblog

And I love you

the gang seeing you all dressed up for the first time

(At first, I thought it said: “The gang getting you all dressed up for the first time” and omg, could you imagine? Like Sodapop is doin’ your nails while the other boys are looking through your closet to see what outfit you should wear.) anywAY

- Everyone’s jaw drops, like everyone. Their heads turn and they all stop to stare at you.

- Steve breaks the silence by WHISTLING at you like “Damn!” and Two-bit starts right after by hollering flirtatious things at you like, “Hey, baby, lookin’ good! I bet you’d look even better in my arms, huh??”

- Ponyboy’s face is beet red and he literally can’t look away. There’s so many things he wants to tell you. He’s already thinking of cheesy love poems to write you and how he honestly believes he found his ‘one true love.’

- Dallas is a sucker for girls being all dressed up so as soon as you stepped out, the cigarette he was about to light falls out his mouth and his eyes widen. He’s like,,, so stunned. Abort mission, he is a horndog, he’s going to follow you all night long and use every smooth line in the book to get a knockout like you.

- Darry’s become light pink and he’s so speechless. He clears his throat and tries his best to look away but he kEEPS LOOKING OVER, HE CAN’T HELP IT. He wants to tell you how stunning you look in the most gentlemanly terms but he just can’t pull himself together.

- Johnny cannot keep his wide eyes off of you, he’s looking at you up and down and he just wants to smack himself because he can’t help it. He stutters and stumbles over his words when attempting to compliment your appearance. His mind is screaming “Wow”

- Soda dead ass makes a move on you the first few seconds you step out. He literally slides over and leans against the wall in a suggestive and flirtatious manner and says the cheesiest fucking pick-up you’ve ever heard.

- Steve and Soda compete each other for you due to bro-code and Johnny is the next to try and make a move and he’s so nervous, he’s trying his best.

❝ You and Hoseok are sick of spending the holidays soulmate-less while your friends enjoy Christmas as couples… tired of waiting for fate to make a move, you decide to take matters into your own hands. ❞

➳ prompts: “Wake me up when winter’s over.” + “We’re not going to spend the holidays alone and sad. I won’t allow that!”

➳ author’s note: sorry that this took so long to be posted… and sorry that it’s completely self-indulgent… merry Christmas!

Jung Hoseok greets everyone with a kiss. Just to make sure they aren’t the one. While others might go in with a handshake, Hoseok prefers to tug strangers in for a press of his lips, only to pull back and check for the writing on the wrist that indicates you’ve discovered your soulmate.

You, on the other hand, have never kissed anyone. Not even Hoseok.

He did try to kiss you when you first met, your best friend, Mina, introducing him as a friend of her soulmate. You had stepped towards him to say hello with your hand outstretched, and he took that as an open invitation for his ‘soulmate check’, pulling you past the small distance that anyone with a sense of personal space would know to leave free. You only just managed to duck out of his way, leaving his lips to graze your cheek. He had quickly apologised after that, and tried to explain that it was just his way of speeding up destiny’s swirling indecision – keeping the soulmate-less waiting, hoping life would be merciful to them, and drop a lover into their open arms. But that doesn’t seem to be how the world works. There must be some secret that you’re missing. Do you have to slip a bribe to fate under the table of the universe, praying it’ll match you with someone nice?

how can you be so sweet

✨The worst pick up lines.

✨Little ‘adventures’ (sneaking around the castle after dark).

✨Belting out showtunes like nobody’s business, regardless of whether or not they can actually sing.

✨Furiously attempting to beat each other at Mario Kart.

✨Marathoning the weirdest or worst films they can find.

✨So many pet names.

✨Making mixtapes or playlists for each other.

✨Staying up until 3am talking about the possible existence of aliens, mermaids, fairies, ect.

✨Writing/reading each other cheesy love poems.

✨Watching silent films and filling in their own dialogue.

I love you
isn’t enough

thank you
is a better place to start

a valentine to kiss

but she doesn’t need romance

to know of bliss

Because the extra love

was love for herself

she had once thrown away 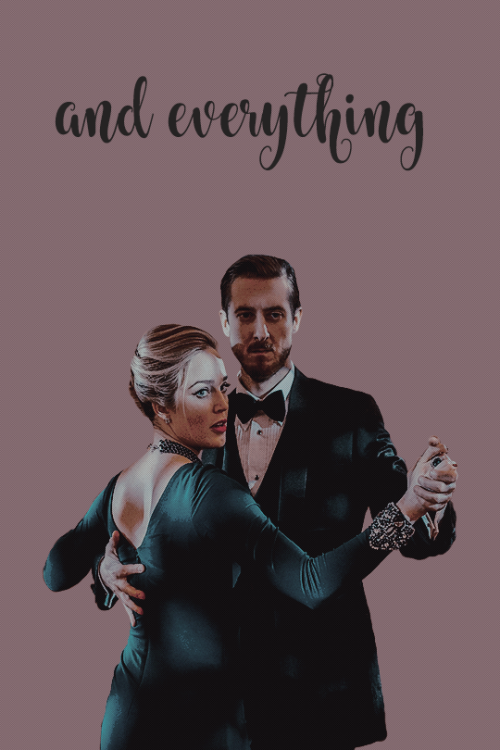 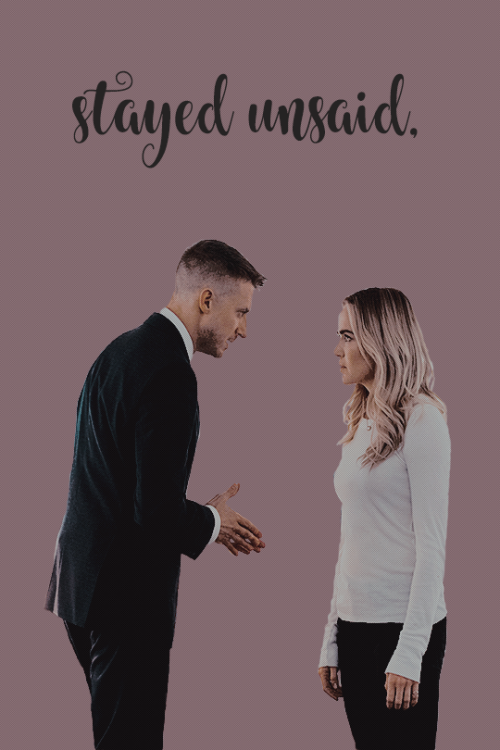 ps: i never told you, but i was falling in love.

timecanaryripsararip huntersara lanceriphuntereditloteditdarvilledittimecanaryeditdailydcheroesdailydctvdcedittime canarysaralanceeditmine♡ she's the hero of my movieyolo i guess!again hahai love cheesy quotesactually the one from the edit is from a nice poemanyways time to cry over them again; i haven't done it in like 15 mins!
108 notes
Loading...Show more notes
Reblog
Such a lovely place, such a lovely face

a 4.5k au blurb about strangers who were once lovers. thanks for reading.

Warning/s: Rushed writing (I think) and not so original.

Author’s Note: I know this is my second post in just 25 minutes and I deeply apologize for rushing. Also, it hurts to tag Timothée’s name because some of us are lazy to use the é with an accent. Anyways, enjoy!

“Timothée! Delete that picture! I look gross and weird.”

“Don’t remind me of that again, [Y/N]! It’s awkward and making me cringe!”

“You look so cute here, baby!”

“I miss you so bad. Please come back, Timothée. I want to hug you.”

“Don’t worry, chérie. When I come back, I’ll shower you with my love.” 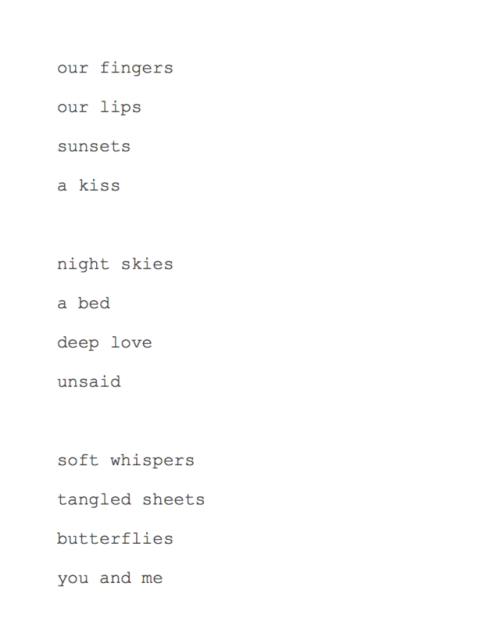 mccree finds out that hanzo actually loves halloween, its something that hanzo discovered after leaving the clan and being on the run, its a time of year where he can be anyone & satisfy his huge sweet tooth, so mccree devises a plan to seduce hanzo with halloween things.

the major one being his rendition of “casper the friendly ghost” by replacing the lyrics with stuff about hanzo, and he calls it “hanzo the unfriendly ghost” because he’s not gonna beat around the bush about that - hanzo isn’t mean per se, but he isn’t friendly. other lines in the song include: “the most beautiful ghost around” “likes to fright adults and children alike” “cowboys he has a heart of gold” and everyone is just like omg this is never gonna work. they especially believe this because mccree is t e r r i b l e at singing - it does not stop him.

so it works. and hanzo’s all heart eyes over this buffoon who keeps singing this stupid song, but its the sweetest and most wholesome gesture hanzo has ever received while being courted/wooed. and he insists that mccree continue to sing the song to him whenever he wants even after they get together. mccree takes time to make up or improvise other songs so hanzo can have a whole playlist.

minejust talkingmchanzostory ideasget togetheri was laughing about this all dayive been listening to a lot of cheesy halloween music latelyand i kept thinking about ity'all should read the stuff i send my dear friendabout mccree writing shitty poems to hanzoand they are so bad and dirtyand hanzo loves itand everyone is like torn between this is precious and this is grossim on another mchanzo kick
58 notes
Loading...Show more notes
Reblog
a play of light.

you have a way about you
a certain sense that calms
the world around you, you
spill into other facets of life
unknowingly. i caught myself
singing your favourite song –
the one i told you explicitly
would never ever cross my
lips because it was way too
cheesy. i think you turn
everyone around you
into a poet, if for a brief
moment. you’re ethereal
like that. you are the rays
of sunlight that dance
through windows.

Imagine Person A has been asked to write a poem, and does it by musing over their love for a “character” (who is suspiciously like Person B). Later, A is trying to convince everybody that the poem was based upon ANYBODY ELSE, I PROMISE.

thank you dear reader
for reading, listening and
simply being here