:-)twiceerats and arats are so fucking annoying i want twice to win it jsut so they can shut the fuck up
234 notes
Loading...Show more notes
Reblog 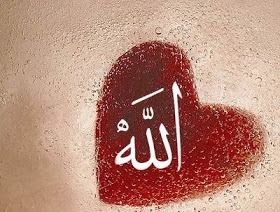 Prompt: I love when you write Arat! We need more Arat love. Can you write something where she first meets a fem!reader at Alexandria? - Requested by Anon

Warnings: Arat being too attractive (?)

Notes: I’m really happy I got sent in the request, I love to know people like my writing, feel free to send in more!

You were not in a good mood. Spencer had hammered on your door, demanding you get up and go scavenging with him and Rosita, both people you weren’t particularly fond of. But you got up and went down, Alexandria was dull now, still in the wake of Glenn and Abraham’s death, you hadn’t been there yourself, or close with either of them, but you mourned with everyone else.

Alleria would like to say the same but jshiajdkand

she loves arator more than anythingand she does want to see him happy no matter whatI just think? she can't see it being sincere/genuine/good in certain casesand by certain cases I mean stances where she's prejudiced jahdjahdisjdthey both love their sunshine babies more than anything and want their happinessbut alleria still struggles with thingsshe will always try to be better for Arator thoughas much as she can* muse: alleria windrunner / VOID TOUCHED.* muse: tiffin ellerian wrynn / WILDFLOWER.I'm on mobile bc I'll have to wake up earlyI shouldn't even be awake but audhiahsjshdI'll get to the asks tomorrow
4 notes
Loading...Show more notes
Reblog

SEND YOUR CHARACTER’S HEIGHT AND I’LL COMPARE IT TO MINE.

It’s close c: but Arator is taller by 2″

* Asks ﴾Answered﴿height memeits that darn human sidemaking him so tall and bulkyall the elves are so petite and gracefulthen there's arator who is justarator vc: I can swing a bludgeon c:
4 notes
Loading...Show more notes
Reblog

Is there any reason/situation in which Arator would break his paladin's oath? Why or why not?

His oath is that of Redemption. A difficult path to follow but it does have some leeway. The only real way to break his oath would be to kill someone who is seeking or open to redemption. He would honestly rather die than do that, even if he died extending a hand in an offering of help, just to realize too late that they had been lying.

Honestly, the only ones who really test his abilities and oaths as a redeemer are his family. Alleria and Vereesa are…it’s complicated. They both are hurt and have hurt others in their anger, but they’re showing progress so he has faith that they’re not beyond redemption.

Sylvanas is and has been a test. Because he doesn’t want her to be a lost cause, he will desperately cling to whatever rationalization and hope he can find. Arator convinces himself that she’s not doing these terrible things out of selfishness, that there is some noble reason behind it all. If he is wrong, then he will have broken his oath by not stopping her and saving innocent lives; and for that, he accepts whatever punishment he is due.

* Asks ﴾Answered﴿* Its only in my ﴾headcanon﴿
5 notes
Loading...Show more notes
Reblog

SEND YOUR CHARACTER’S HEIGHT AND I’LL COMPARE IT TO MINE.

Poor Thane. Arator has a full head in hight over him.

Good news is Thane is what we call Emergency Sized. That is to say that, in case of an emergency, Arator can easily pick Thane up and get him to safety.