Wade and the other girls from the Sisterhood of the Traveling Pants plan a trip to Cabot Cove.

Actually, I made a call. It was to the costumer. His name is Laird, he usually helps me put the suit on. I don’t know how the other guys do it so quickly. You probably wouldn’t be dead if it was Logan. What does he gotta change into? The guy wears a f*cking tank top and a pair of jeans. - Deadpool 2 (2018) Teaser Trailer 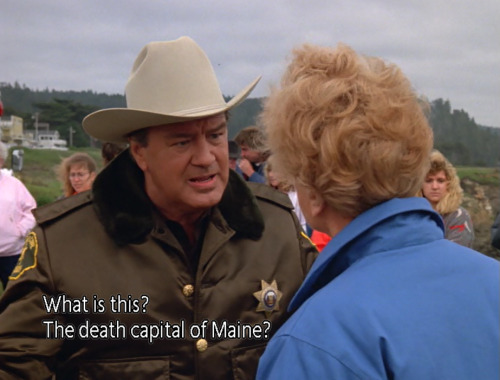 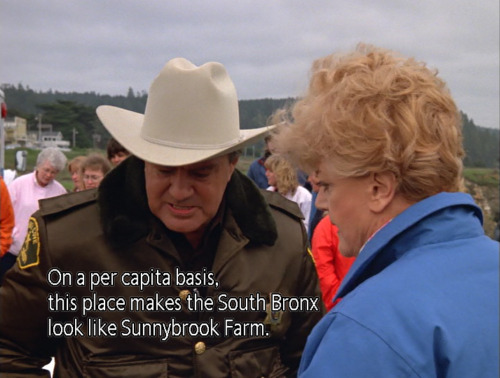 Finally, someone said it 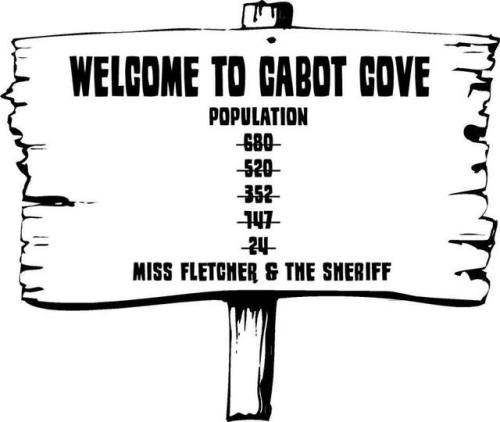 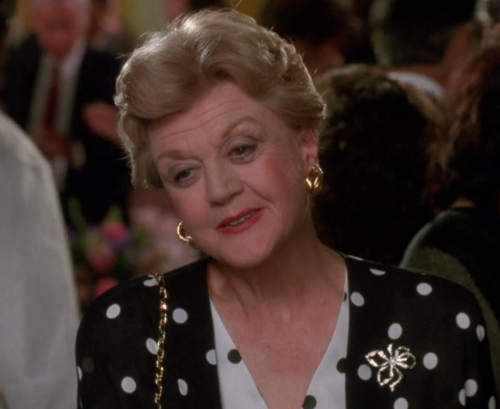 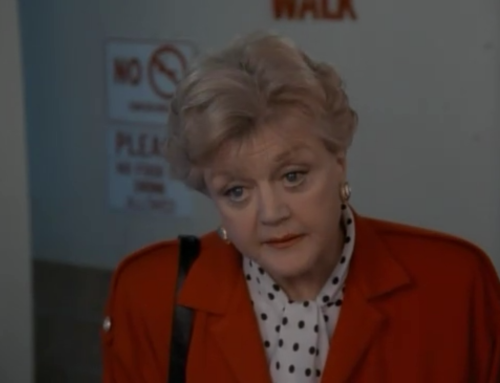 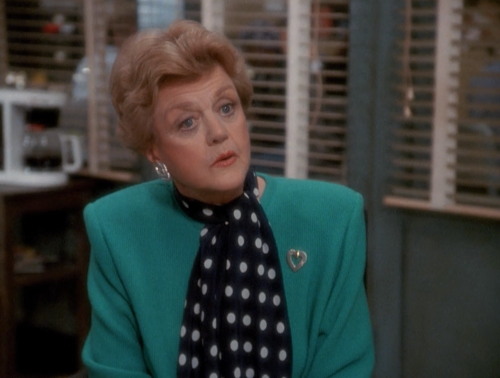 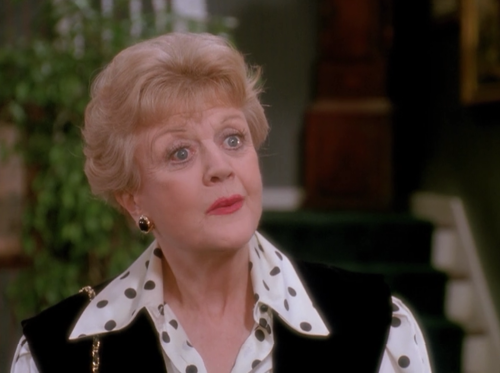 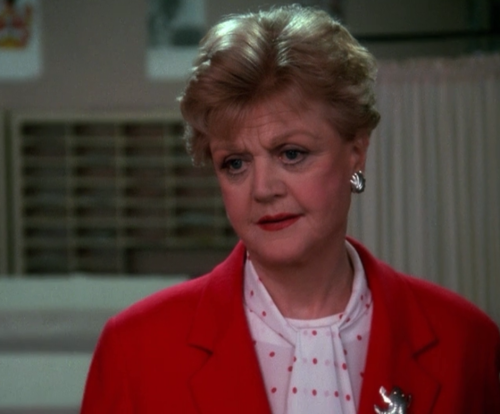 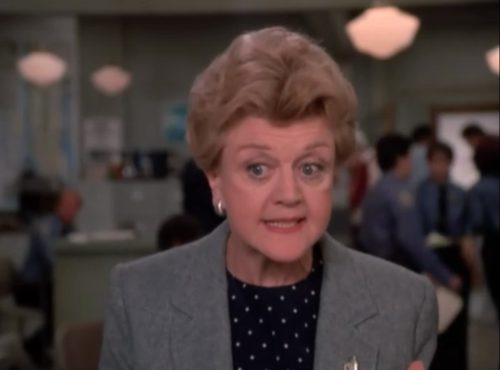 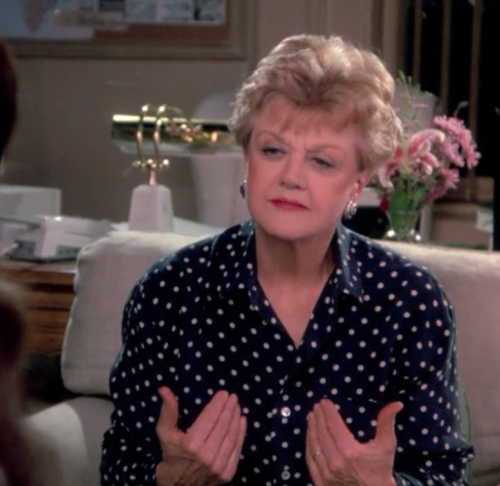 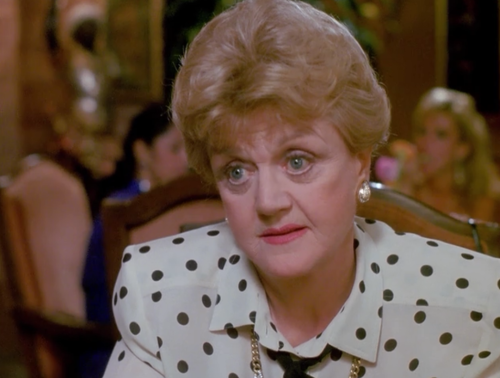 I’m obsessed with the main conceit of Murder, She Wrote because it sounds like the start of a great urban fantasy novel.

Like. Okay. Episode 3 of season 1, “Deadly Lady.” A gaggle of big-city sisters get stranded in Cabot Cove, and one of the first things the sheriff does is introduce them to sweet, tiny widow Mrs. Fletcher.

But the longer the sisters stay in town, the more they see of Mrs. Fletcher. She’s waiting for them at the hotel, at the mortuary, at the graveyard, at the police station, always just a few minutes before they arrive. She’s wise, and shrewd, and a natural lie detector. The town loves her, asks her for advice, lets her know anything she wants to know. And if the sisters press the people of Cabot Cove on this, they’d shrug and say, “Of course! It’s Mrs. Fletcher!”

Then one of the sisters breaks into Mrs. Fletcher’s home to kill her. She finds her awake, sitting in the dark with a cup of tea, waiting for her.

If this was urban fantasy, this would be the story of a town with a witch. But she’s a witch in the sense of Granny Weatherwax, or Tiffany Aching. She’s the wise woman, the woman you ask for help when you have no other choice. She’s a witch the town adores because. Well. It’s Mrs. Fletcher. She’s a teacher, and a neighbor, and a friend, but most of all she helps people, so it’s only fair to help her in turn.

She might like you, or respect your intentions. But you brought murder to her town, and so she is going to outwit, outtrick, and outgamble you until she destroys you. 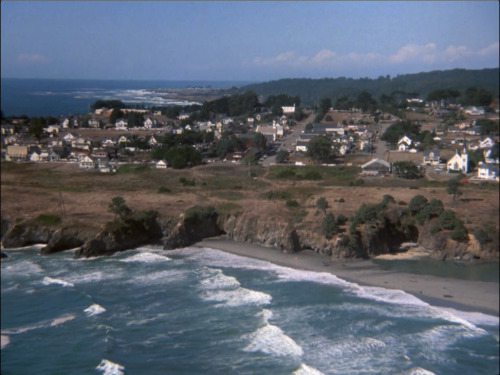 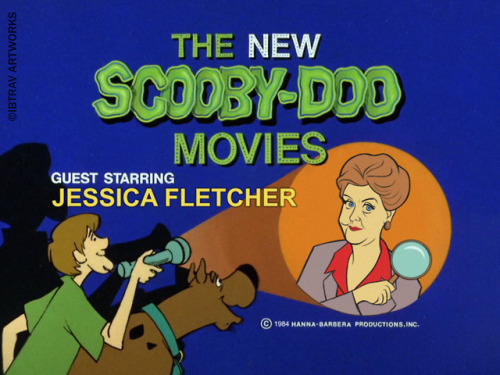 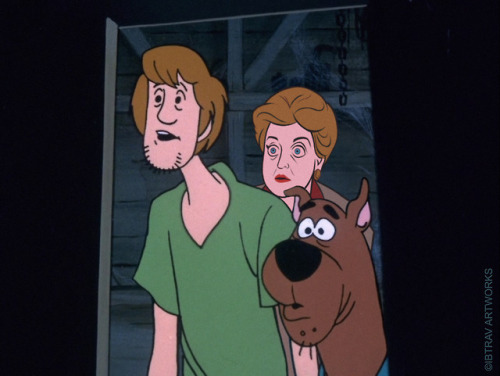 You see the episode where Scooby crossed paths with Murder She Wrote’s Jessica Fletcher???

The episode was called “The Cabot Cove Creepster”:
The gang travels to Maine to visit Velma’s family friend Jessica, who enlists their help in solving the mystery of a shadowy creeper targeting the elderly. 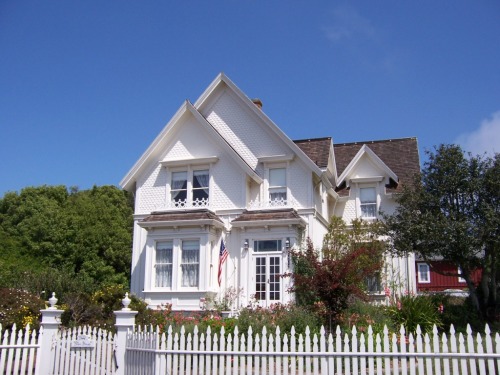 I love Murder She Wrote so much, in fact, that I made a pilgrimage to Mendocino (where the Cabot Cove setting was actually filmed) a few years ago. One detail production got wrong: Town signs in New England list date of establishment, not population. Cabot Cove would also be more likely to have a First Selectman than a mayor.

Deadpool 2 Teaser Trailer: “Wade and the other girls from the Sisterhood of the Traveling Pants plan a trip to Cabot Cove.”

(By the way, if you haven’t seen Logan yet - I definitely recommend it) 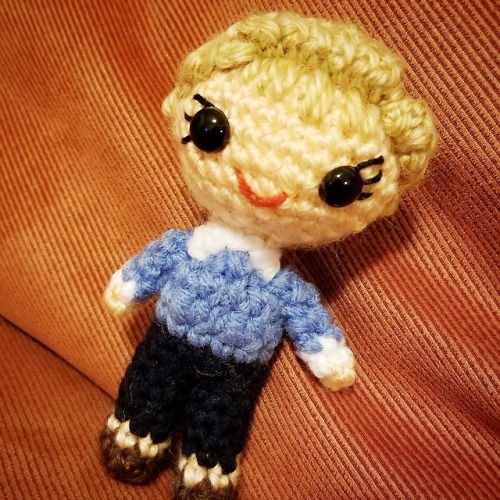 “It was MURDER…” to find “Murder, She Wrote” merch, so I made some myself. All hail, JB Fletchet! (As in ‘cro-chet’ :) )
www.etsy.com/shop/turnerclassicbuddies

next week on deadliest locations: cabot cove vs. midsomer county 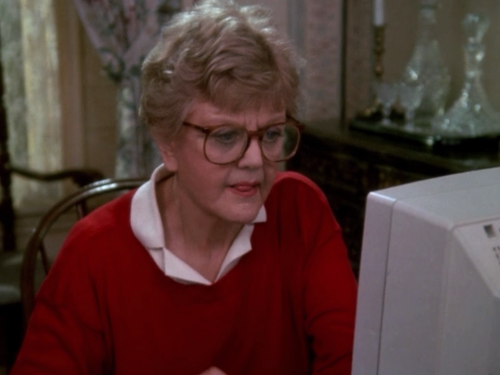 Back to work! Nothing is as easy, put-together yet work appropriate as a prep crew neck sweater and coordinating collar top. Add some brainy glasses and you’ll trying to figured how to make that spreadsheet in style. 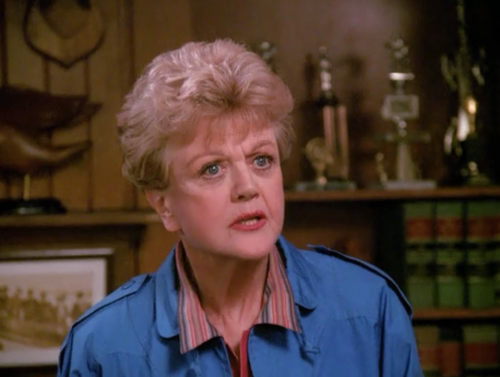 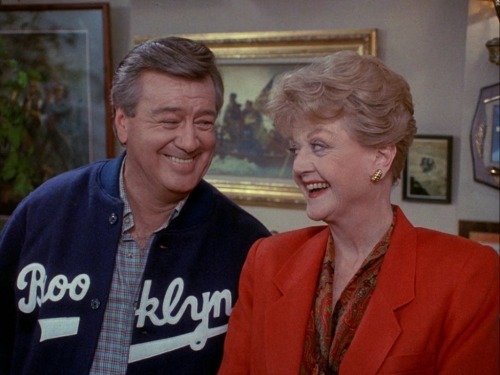 They know something we don’t.

So i can drink wine and not be judged about how much i love murder she wrote.