That’s how falling in love can be.
You find someone without actually looking.
You crash into them and all of a sudden, you realize every single choice you made in your entire life, whether bad or good, led up to this moment.
This moment where the love of your life is standing right in front of you.
And as you look into their eyes, everything just makes sense. 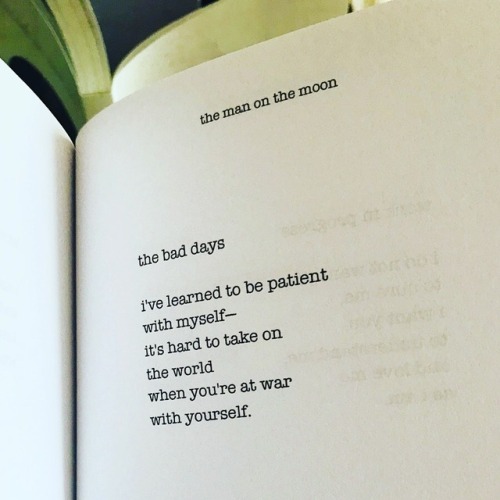 You deserve to be looked at as if you were the most precious thing in this world. Because you are.

As soon as you had found out what Valentine’s Day was all about, you had hated it. Mostly because your older sister had a boyfriend and was all lovey-dovey on this day but you had no one. However, this year it was different. Only some weeks ago you had started dating your classmate George Weasley. Now you somehow understood what would be so special about that day, having a boyfriend made it suddenly appear as very important.

This year was a special Valentine’s Day in Hogwarts. Professor decorated the Great Hall and wore fitting pink robes. You didn’t find it lovely because it was just too much. And you weren’t the only one who thought that. Also the other professors weren’t fond of Lockhart’s idea, probably mostly because he suggested that they could teach you things like love potions or similar charms today. You, as well as others buried your face in your hands and whished the day would just be over, although you had waited for it quite some time now.

The day proved to be even worse than you thought that morning. Because Lockhart also had dwarfs that were delivering Valentines to students, even in your classes. But it seemed as if these creatures were forced to do this rather than by free will since they did not look very pleased in their costumes. You pitied them. That, however, changed when after the lunchbreak one of the dwarves hurried towards you before you got to your first class in the afternoon.

“Oh no” you breathed as you heard him call your name. Of course, a rather large group of students was gathering around you immediately, eager to hear your message. But you decided to ignore all of it and tried to run away, but unfortunately both of the Weasley twins stopped you, pushing you back in the middle. “You’re dead, Weasley! Both of you!” you growled at your boyfriend and his brother. “And if that message is from either of you, you will rue this day!” For a second you considered covering your ears but somehow you also were a little excited for the Valentine. If it hadn’t been for the others surrounding you, you might have even found it cute. The only good thing was that if the message would turn out to be someone else’s than George’s he’d most likely make the dwarf shut up. Luckily, the message the dwarf was about to deliver to you wasn’t a singing but a poem.

“(Y/N), you are so beautiful
Thanks for being with be despite I’m a numbskull
Darling, you are so clever
I won’t forget you ever
I wish you a happy Valentine’s Day
because without you I’m astray
If only you had become my girlfriend before
But I’m happy if you’re with me forevermore
When I’m without you I feel like I have the flu
because (Y/N) I really, really love you!”

Like everyone else you started to giggle and despite it wasn’t very good poetry, you found it quite cute. But as it seemed, the dwarf wasn’t finished.

“I admit, the poem wasn’t very good
But I hope I’m not misunderstood”

And then, the little creature took its leave. And you too started to move and walked over to the twins, smacking George in the face, before pulling him into a kiss. Now most of the others started going away as well, but Fred stayed of course.

“At least I know what you’ve been scribbling so enthusiastically in History of Magic” you kissed his cheek “But I would have expected a little more. I mean some rhymes really are… questionable.” Fred snorted with laughter.

“You should’ve seen the first drafts. If I hadn’t stepped in, one line would have been:
I fell in love with you and I don’t know how
Maybe because don’t look like a cow” You buried your face in your hands and then turned to your boyfriend.

“Honestly? Because I’m not cow?”

“Hey, try to find a rhyme for ‘how’ yourself first”

“Err let me think… now…. slow… show… know. And there are many more” you grinned and hugged him tight “Well, thank you anyway. It was cute, although that proves you’re the worst poet ever. And if you were a good or a cheesy one, you wouldn’t be my George anymore. Thus I wouldn’t love you.”

“You’d better shut up” you warned him “and get yourself a girlfriend” Obviously your friend didn’t like to hear that because he left as well. George and you glanced after him.

“You know” George started “I thought we could write another poem for my dear brother. But this time a really embarrassing one. At least I know some very bad rhymes.”

I did a Valentine’s Day post already, but here’s a Malex one for kicks and giggles. From five things you know and one thing you don’t, insp.

my world came
crumbling down
so long ago that my feet
know what it is like
to walk across the pieces, 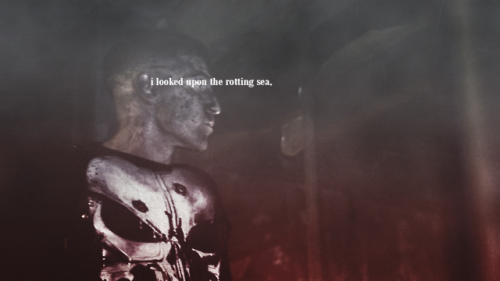 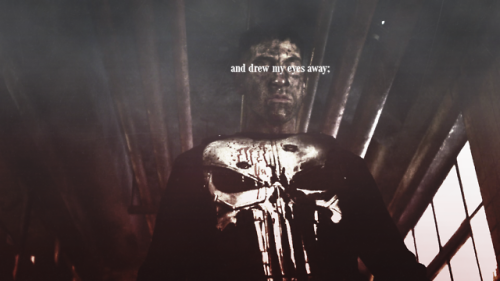 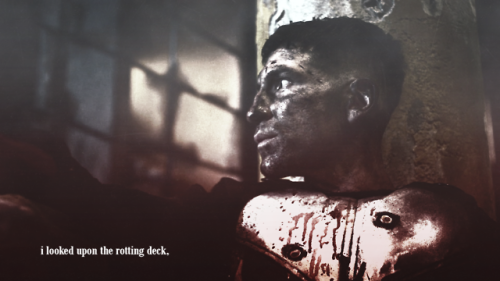 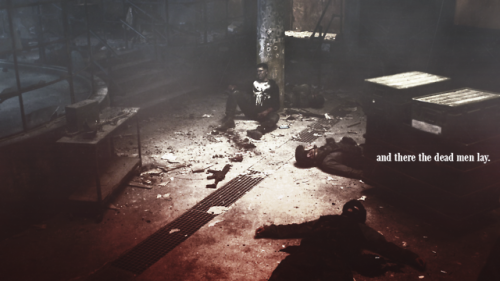 the rime of the ancient mariner.

i did this...................... last yeari mean it was inspired from smthn last yearand did not think it was good enough for the countdowni remember reading this poem in a college classand damn it was rlly goodONE BAD DAY AWAY FROM BEING ME. ❱❱ ( castle. )❱❱ ( sky edits. )frank castlefrankcastleeditthepunishereditthe punisherjon bernthaljbernthaledit
115 notes
Loading...Show more notes
Reblog 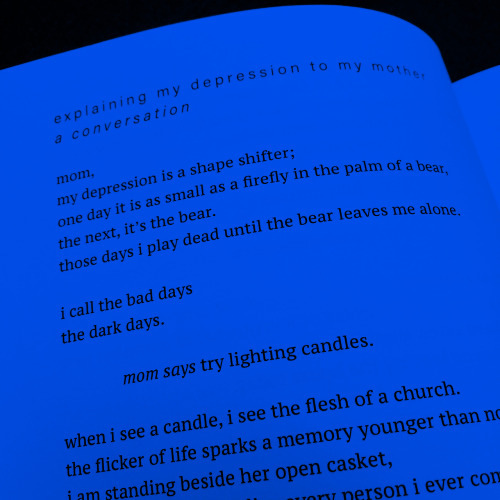 this is a reminder
to you

that you have made
a difference
to me

that you are wonderful
and lovely, and so, so
very loved and special
and i’m thinking
of you

jah's original poetryjah is a sap who appreciates her friendstoday was a bad bad brain daybut i managed to get nearly a quarter of my poems reorganisedand tidied the bedroom flooredrobetime for bedgood night my lovelies <3
95 notes
Loading...Show more notes
Reblog 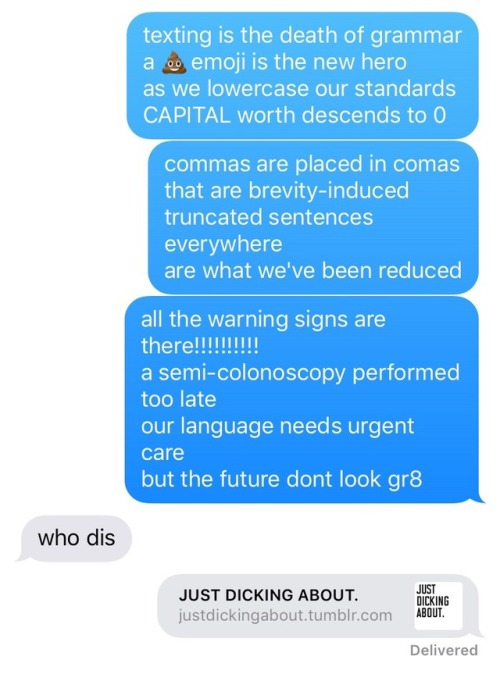 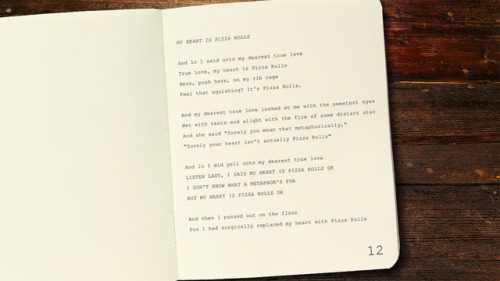 Wanted to take this moment on Bad Poetry Day to show you what a definitely not bad poem looks like. You’re welcome.

its raining so hard out
that the 40 minute drive into town
was littered with Electric Company Cars,
the stoplights not blinking
just dark

its a right Monday morning
and “what you don’t know
won’t hurt you” still hurts
because I am never not knowing,
I know you from the inside out.

I am known,
and the burden of it all is
I would be duped again
for the wellbeing of those I love

why analyze and fret
if pointless is all there is


your sister pops her head into your room
to tell you about her day
her mouth is moving but you can’t seem to hear her
when she leaves, it feels like weeks have passed

you’re doing fine, you whisper into the sheets
you’ve been through worse, this is nothing
get up
get out of bed, you tell yourself
it’s useless


‘this too shall pass’
reads the bible verse hanging in the kitchen
maybe it will
but for now,
let’s feel nothing but heavy
let’s take a restless nap
and pretend things can be solved
tomorrow

—  depressive episodes and other bad habits // hnl 2018
dont worryits just one of those dayspoempoetryspilled inkwriterscreedillustransblotchedpoemsdeadwatereddepressionsadoriginal poets on tumblrpoempostpoetryportalquotespoets on tumblrbad poetry
90 notes
Loading...Show more notes
Reblog
just hold on
this feeling will pass
everything will pass
you will be okay

😘happy valentine's dayand thanks to everyone for not sending in requestsi love you all my sin childrenbad valentines poemsIT'S A JOKERELAX
71 notes
Loading...Show more notes
Reblog