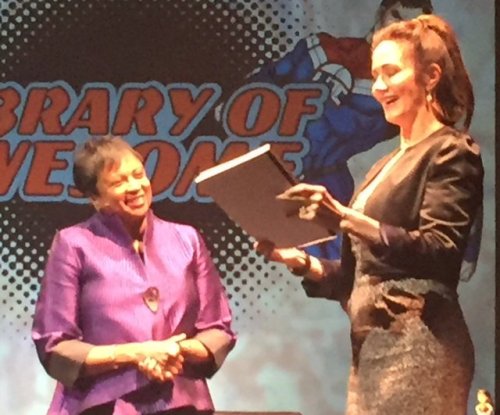 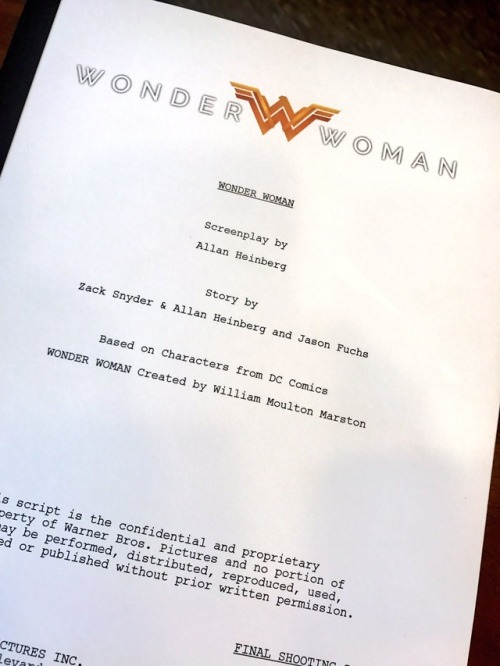 Lynda Carter presenting Patty Jenkins’ gift to the Library of Congress, a copy of the Wonder Woman film script 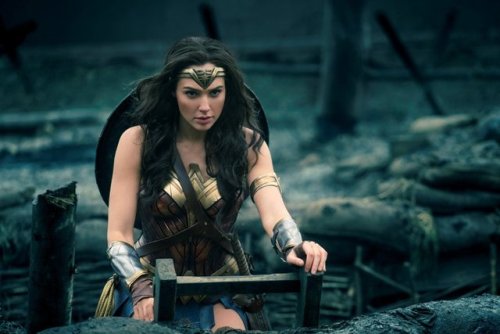 “I will fight, for those who can not fight for themselves.”

LINES OF THE DAY

Friendly reminder that Jason Fuchs, the man who played Richie’s manager in IT 2, was going to be writing the script for the Minecraft Movie

We have an ancient prophecy that tell of a boy, a boy who would be disappeared from his world until he was old enough to return and lead an uprising against me. A boy who could fly…

Oh, for sure! I’m always down to talk about them, and I’m so glad to finally find another Steve fan! “Don’t you insult my intelligence” sounds hilarious now that it canonically comes from a tiny 5'9" man who looks like he wouldn’t hurt a fly. Also Richie calls him “bo” which sounds super pure :’)

I have so many theories and analyses about that scene with Steve and Richie but I’m pretty sure no one wants to hear those! A lot of things were done on purpose, basically. I hope they filmed more with them, like when Richie first got the call. I know Jason was on set for the last month or so of filming, he helped write the movie, so it’s cool to try and figure out which scenes he was adding in! He definitely worked on a lot of scenes with Bill, which is interesting; he probably got to know that character in particular very well. He helped fine-tooth the quarry, arcade, and Paul Bunyan scenes. Anything filmed from October-November was all Jason.

love that dude!jason fuchsit chapter twoyou can probably go back and tell which scenes that jason fixed up because of his stylegaybullies:)
6 notes
Loading...Show more notes
Reblog
thewrap.com
'Lobo': Michael Bay Eyed to Direct DC Superhero Movie (Exclusive)
Michael Bay is being eyed to direct his first superhero movie "Lobo" for DC and Warner Brothers, TheWrap has learned exclusively.

Prolific action director Michael Bay is being eyed to direct his first-ever superhero movie, “Lobo,” which DC and Warner Bros. hope could be their answer to “Deadpool,” multiple insiders told TheWrap exclusively.

Bay met with DC to discuss the project and gave some notes that “Wonder Woman” writer Jason Fuchs will incorporate into a rewrite, the insiders told TheWrap. The studio plans to show the rewrite to Bay to see if they can make a deal, the insiders said.

The project centers on a blue-skinned, 7-foot-tall, heavily muscled antihero alien who works as an interstellar mercenary and bounty hunter. The character became popular among DC fans following his revival in the early ’90s as a biker anti-hero. 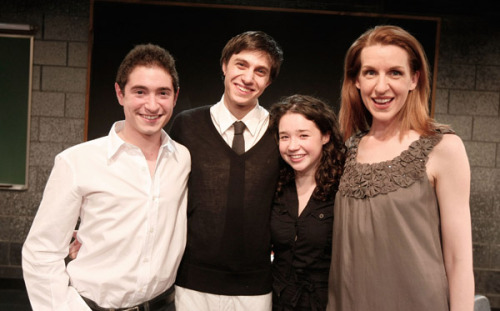 I wanted to check in with some updates on various non-book projects people ask me about all the time.

On the TV front…

On the movie front…

So much is happening, it’s hard to keep up! Wouldn’t it be wild if they all go into production at once?

Even more news is coming in 2020—so check back in again soon!