It’s a crime/comedy movie about two rivaling crime robbing syndicates trying to beat each other to the same deals. Pretty generic, right?

The twist is that they don’t really know anyone on the other side of the war and one day, the top agents go to steal the prize jewel, run into each other and end in a fight that results in their masks being taken off.

Turns out, the two groups are clones of each other and all the main ones are played by actors that are always confused because they look so similar.

The teams even have their own janitors/voice of reason!

And, of course, the leader of both gangs and eventual main villain are Elijah Woods and Daniel Radcliffe.

Ed Sheeran - Best Part Of Me 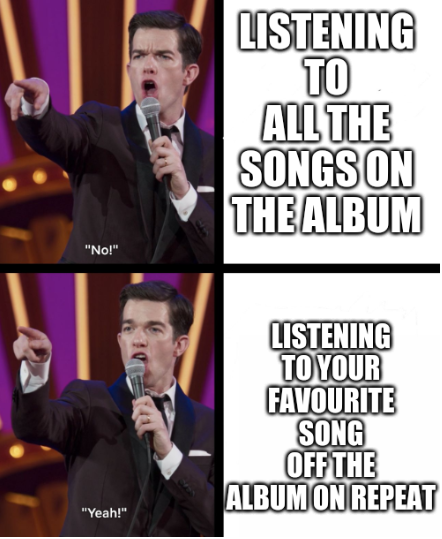 changing it up with the templates there

Me tomorrow morning after spending all night on Tumblr with the Artist of the Decade:

that looks like the size of taylor’s name NOT TO MENTION that the title literally has ME in it and ME is the only word now crossed out…..

creds to @/my_life_as_a_swiftie on insta for this part! BUT LOOK GUYS THE NAME FITS PERFECTLY SHDJFKF I—

OKAY WHAT ARE YOU TRYNA SAY ED CMON

SJDKFK THIS IS NOT A DRILL GUYS

GOODBYELETS FREAKING GOtaylor swifted sheerancross meme!1k
1,334 notes
Loading...Show more notes
Reblog
It was all because of Ed Sheeran, Ed and I are friends… The story goes that they were singing a song of mine together the night they were in the studio together, they were singing “Set The Fire To The Third Bar” which is a song that I sing with Martha Wainwright. And it was like, ‘Gary lives just about a mile away from the studio, so you want me to get him in?’ So she said, 'Yes, bring him in.’ And I went into the studio and I actually ended up singing on the song that Taylor and Ed did for that album, the Red album. And then I can’t remember whether I asked Taylor or she asked me - it might have been me asking her - if she wanted to write a song together. We went in together, myself, Taylor and Jacknife Lee, who’s Snow Patrol’s producer. We did that song “The Last Time” in a day. In one day we wrote and recorded it and finished it all, that was all done in a day. So that’s very fast how she works, which is extraordinary really. I think that’s probably the fastest that we’ve ever finished or completed a song. So she’s extraordinarily talented and great to work with.
—  Gary Lightbody about working with Taylor and writing “The Last Time” - KFM 981 (September 2nd 2019)
if we're talking about Taylor's hugely underrated songs then this is certainly oneThe Last Timealso - I'd really love to hear Ed & T sing SFTTTBgary lightbodyquoteabout taylortaylor swiftred albumsongwritingred eraed sheeransnow patrol
1,160 notes
Loading...Show more notes
Reblog

Polaroid harry styles is the definition of 90s dreamboy

All I can do is wonder where you are

Are you happy in someone else’s arms? All I know since yesterday is everything has changed

“Green eyes, taking your time, knowing that we’ll never be the same.”

Camila Cabello, South of the Border