Spring has SPRUNG and so have these COLORS!!! 😍😍😍
IG: mamadivaaa 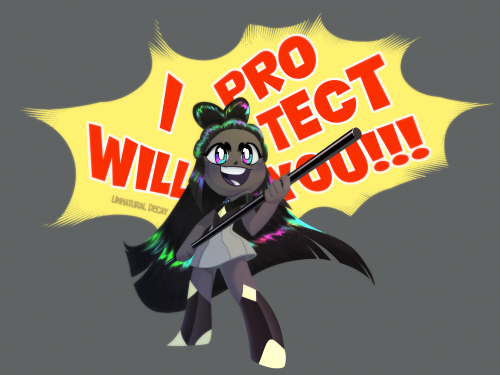 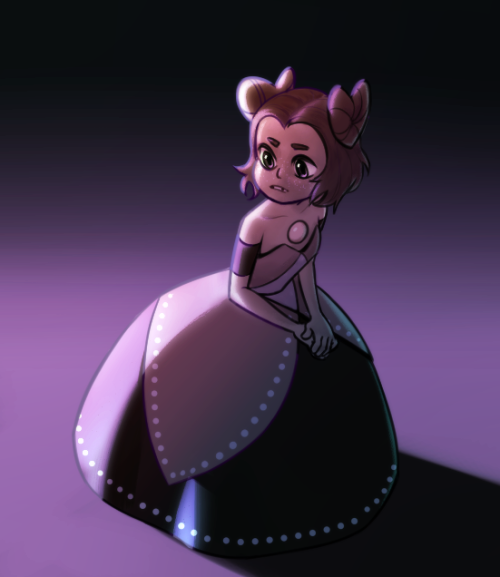 Look at all the different colors in this Carborundum piece!

What does Carborundum think of Era 3

“I don’t have a lot to say, it’s really nice to finally be back home! Kind of impressive how much it has changed considering we were away for very little time. Axi specially likes it now, she feels like she can finally be more like herself — the more silly and loose herself that was always seen as wrong back in Era 1 and 2. Some think she actually doesn’t like it due to her grumpiness, but I know her and I know she’s happy…”

“…she doesn’t seem to appreciate the amount of Pearls that wander loosely though, they make her anxious.” 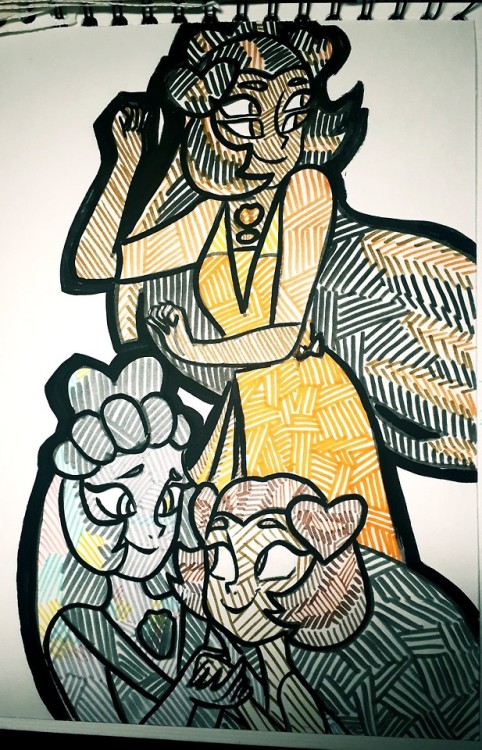 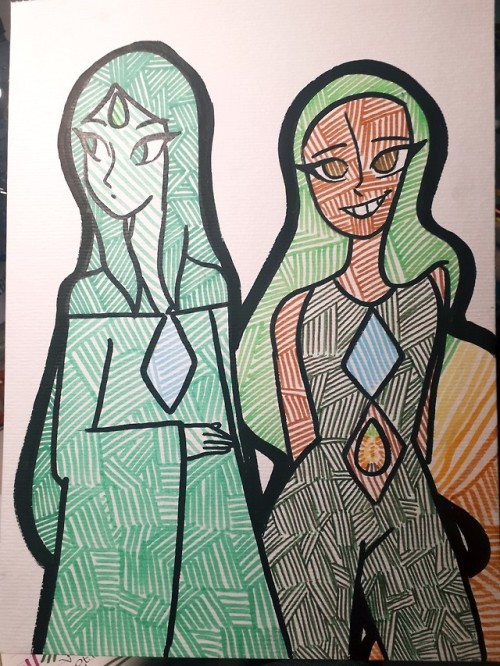 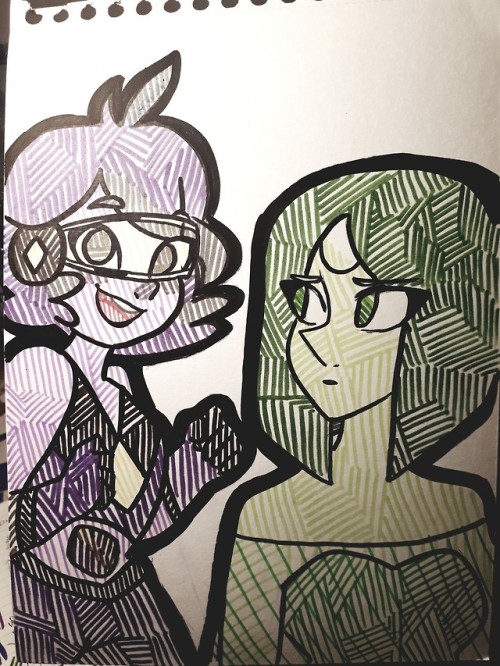 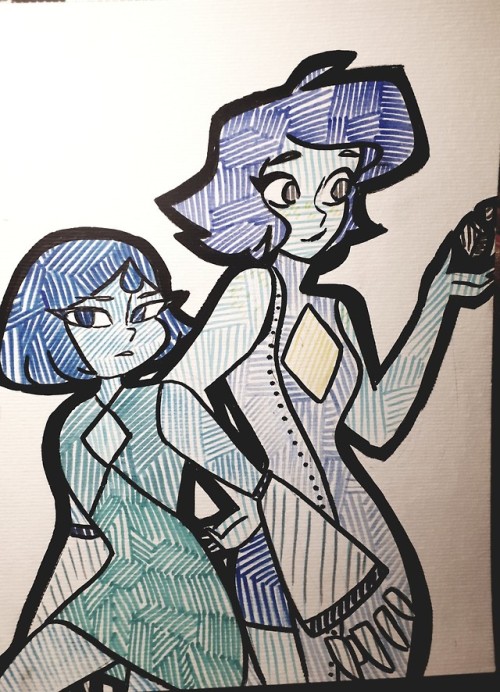 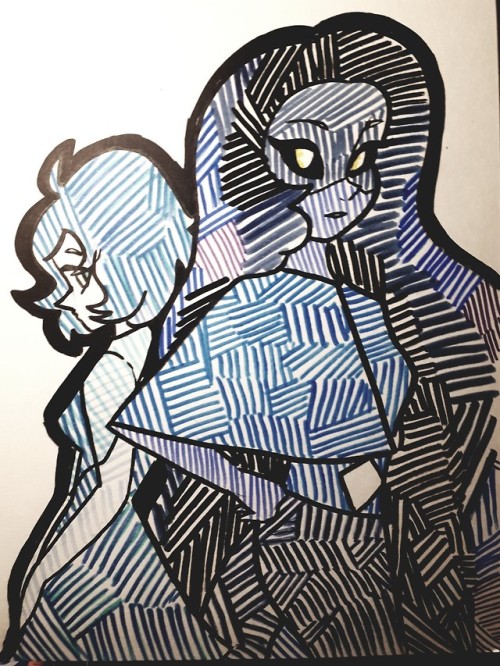 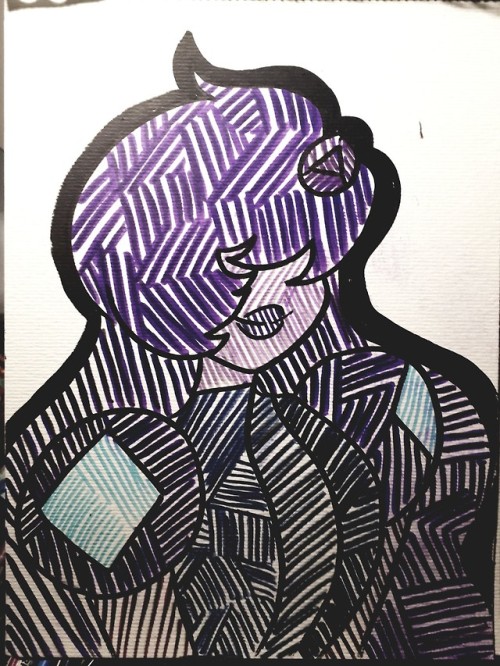 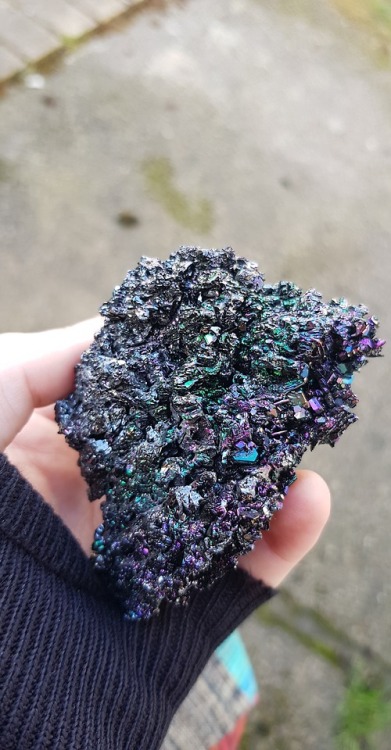 Another shot of my Carborundum piece 🖤 I’m obsessed 🌙🔮 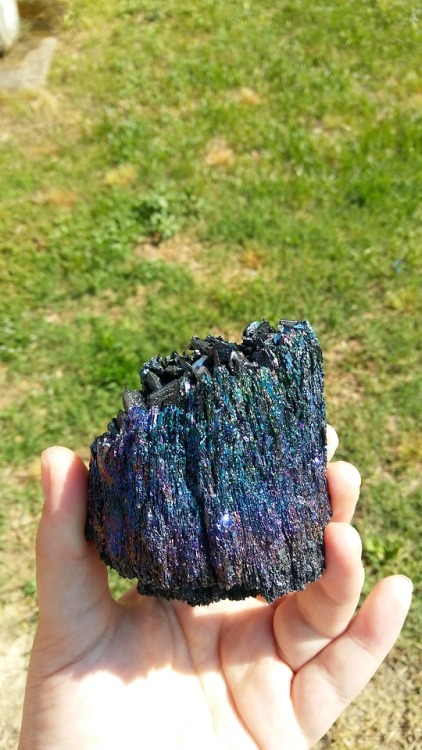 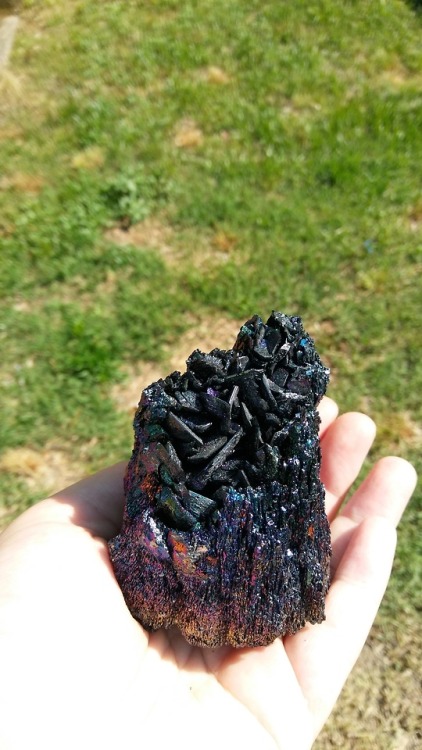 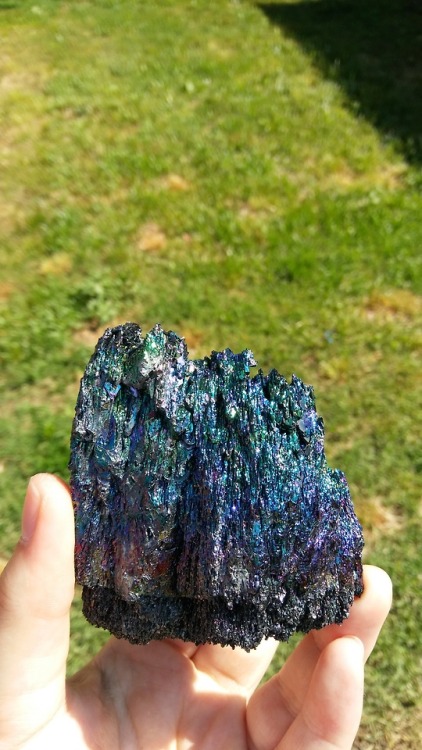 Aaaah, one of my favorite rocks! Thank you for sharing!

I sketched out your gemsona carborundum!

I hope you dont mind that I tag you! 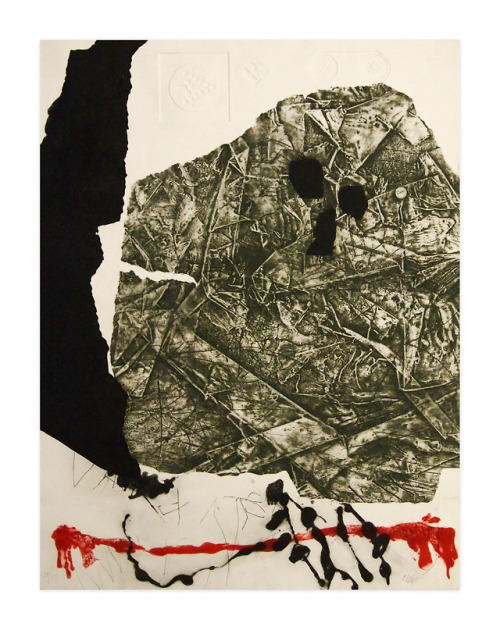 Character is part of a personal AU that takes place in a separate galactic empire from the canon show. While the general Gem concept is intact within the AU, everything else is wildly different and does not have much in common with canon material. AU is made entirely for personal enjoyment and to interact with close friends. AU is not currently active, I’m just trying to rehost my backed up art on this blog.

Mesmerized by the ethereal sparkles of Carborundum and galaxy glitter nails ✨✨✨ 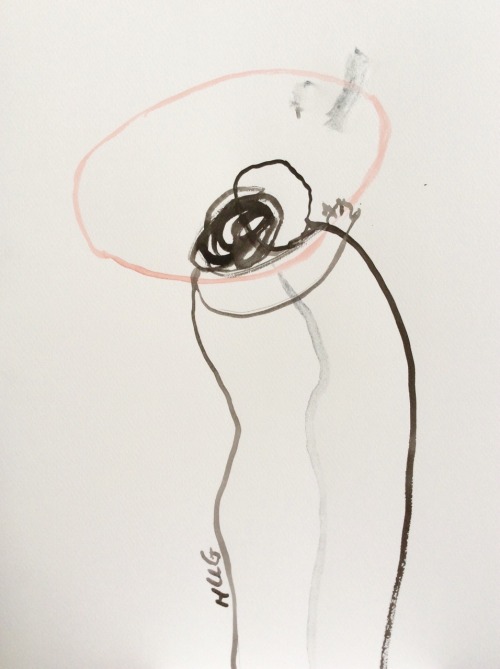 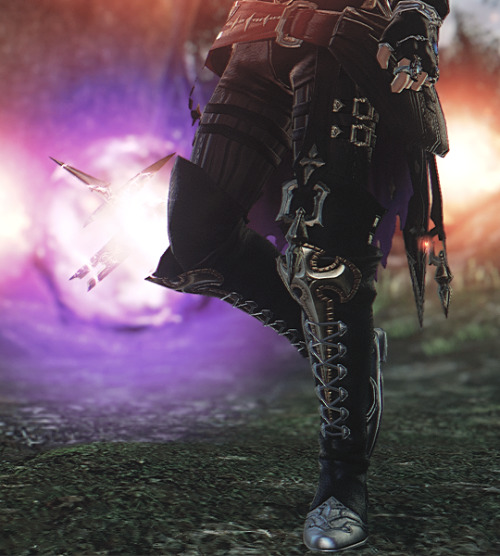 What I was working on the other night. I was super excited to have the carborundum included as the center stone. I’ve had it for months and was wondering when it come up for a grid. The Luxullianite was also a first time grid appearance for me. (It’s the pink and black stone closest to the center stone)
*
#carborundum #luxullianite #rosequartz #polychromejasper #goldenhealerquartz #hemimorphite #chalcedonyroses #stonegridding #crystals

9. Is your character’s current socioeconomic status different than it was when they were growing up?

Yes. I can safely say that she has come down in the world a lot in terms of status. In multiple great big, falling down steps leading to now.

I answered this one already but I’ll answer again because I’ve thought about it more, but basically dependability, patience, ability to commit, people who don’t demand that she pretend she’s good with interpersonal interaction.

She also doesn’t realise it I think, if only because she hasn’t had much opportunity, but easy-goingness and someone content to just be around other people even if they aren’t interacting, people who do nice/gentle things just because they can, are all things that might make her actually start to relax around someone.

And she might not like it per se but eventually, someone who doesn’t just let her get away with her “I’m FINE” (lies convincing no one) pushing away of offers of help and will help her anyway and eventually make her actually acknowledge that she isn’t is probably something she needs.

42. Has your character ever had a parental figure who was not related to them?

Oh interesting, I hadn’t actually thought about this!

Now that I have I kind of want to make the answer yes. Because of how I’ve linked her backstory very strongly with stuff that’s already canon in the world I’m going to have to talk to the GM to figure out exactly where this person is going to fit in. But now I kind of want a mentor/commander who maybe didn’t care about Carborundum’s background at all and just treated her like any other person under her command, expected a lot but wasn’t stingy with praise for stuff well done.

Which honestly for Cara would probably have been a relief, and I could see her sort of clinging to that.

6. Does your character have recurring themes in their dreams?

Hmmmm… I think of Juniper as one of those people who doesn’t remember her dreams very often and what she does remember of them they’re probably sort of “real world dreams” with some fantastical elements probably commonly populated with the people she loves.

I also don’t think she’s prone to nightmares (that nightmarish time they spent in Tamsi aside) definitely on the cheery side of dreaming.

29. What did your character dream of being or doing as a child? Did that dream come true?

A Hero like in the tales travelling the world and helping and saving people.

Juniper is very straightforward in how she approaches things.  If there is a problem or a threat she will meet it head on and try to deal with it in whatever way she decides is best.

And she really doesn’t like backing down/ giving up.  She’s very tenacious/ patient (read: stubborn as you can get).

12.  In what situation was your character the most calm they’ve ever been?

Phlox’s moods are very changeable including to the gentle, calm side so when everything is peaceful so is she.

Probably one of the calmest recent memory’s she has is lying on a blanket draped over some pine bows near a banked fire in a cozy little cave.  And just listening to the sound of a gentle rain falling outside while she was warm and dry and curled up with cuddling with Fox.

20.  In what ways does your character compare themselves to others? Do they do this for the sake of self-validation, or self-criticism?

I think she often thinks she’s the most sensible person in any given gathering (probably comes out of being a goblin with a really high wisdom score whose elders never listened to her).  Generally, she’s fascinated by other people’s differences so a lot of the comparing she does is more… “oh that’s different than what I do/like/am!” than judgement.

(She’s quick to anger if she feels like others are judging her negatively, though.)

And I guess mostly self-validation at least so far in her life she doesn’t self-criticize a whole bunch, she tends to treat past mistakes as water under the bridge and doesn’t see much point in dwelling on them.

45. What does your character believe will happen to them after they die? Does this belief scare them?

I don’t really know if she thinks anything, in particular, will happen to her metaphysically when she dies. If she was asked she’d probably shrug before getting into it and speculating wildly, “Maybe nothingness or maybe I’d get to be part of like the wind, or a sunbeam! Or maybe I’d come back as something else like maybe a tree! Or maybe I could be a star!”

Otherwise, she’s pretty pragmatic about death. She grew up in a goblin community that was sort of just scraping by (she was one of their hunters) - death happens. And she learned a lot of everything else from an old hermit of a druid who hadn’t had much interaction with anyone for years before Phlox came upon her.

So overall she’s very circle of life about it, death is used to keep life going. Everything eats something.  So if you didn’t clarify what you meant and you asked her that exact question she’d probably be like, “Oh well, I’ll get eaten by something or rot and feed the plants. That’s just what happens. Don’t you know this? I can help explain it if you need me to.”

In any case, it doesn’t frighten her. It’s just something that will happen when it happens, and she’ll do what she does until then, and then either something comes after or it doesn’t. 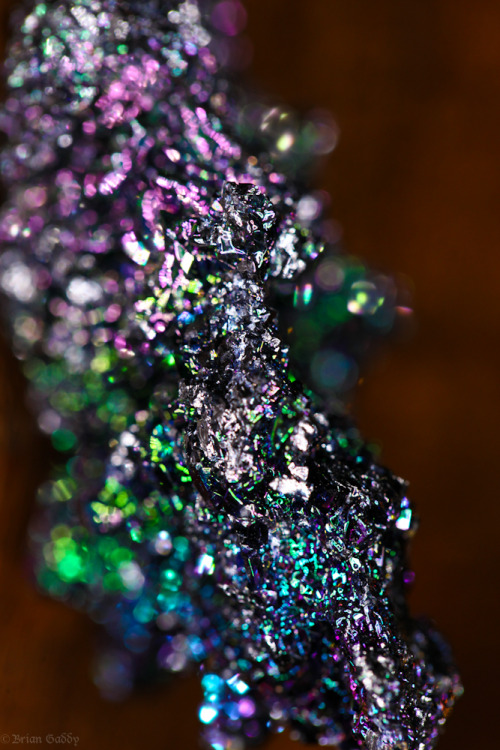 Extremely rare, and almost as hard as diamonds, this mineral is used for things like bullet proof vests, Porsche brakes, and counterfeit diamonds. 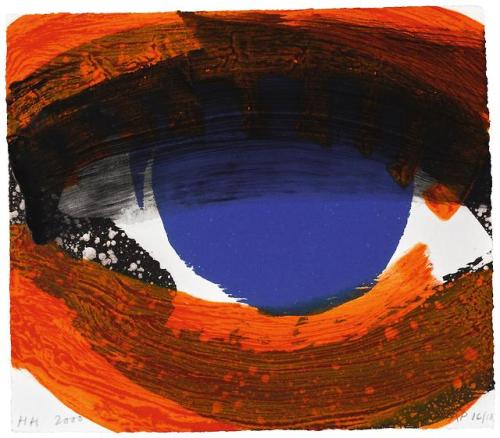 AROACE CARBY AROACE CARBY HELLL YEAAAHHHHHHHHHG!!!!!!!! pls give more oc facts they're all wondercul and i love them and u can stick to axi and carby if u want or share about others if u want!!!! plssss