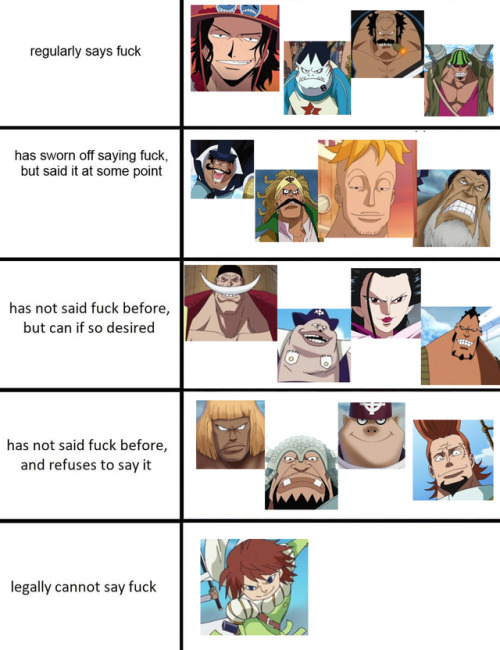 A few fan art doodles I made from @silver-kitsuneneko’s fanfic “A New Start,” including the infamous Flora the Nun!!! 🤪🤪🤪

Marco: He did in fact try to fly ‘south’ anytime the early crew went to a winter island. When he first ate his fruit it was hilarious watching everyone try to teach him to fly. Eventually Whitebeard ‘nudged’ him off his head.

Ace: Ace is immune to temperature changes since he can regulate his body temperature using his devil fruit. He enjoys taunting his crew mates whenever they’re on a very hot or very cold island.

Jozu: Has occasionally tried to pick up women using his devil fruit ability to catch their eye.

Thatch: His family-mother/siblings- owned a bakery in his hometown that was destroyed by pirates. Whitebeard beat them up and Thatch decided to follow him then and there.

Vista: Before apprenticing himself to a magician he was terribly allergic to flowers.

Blamenco: Is curious what would happen if he tried to put himself in his pockets but is too scared to actually try. Doesn’t stop him from putting others in there though.

Rakuyo: His Mace ended up with a devil fruit because he was having fun smashing a market during a skirmish with the law.

Namur: Pretends all fish are his friends at meal times when they get new recruits. For a Fishman he has a really good kicked puppy face.

Blenheim: Absolute shit at poker. Master of Dad jokes and the worst puns. He tries very hard to be friendly to any new crew mate since he has always been seen as intimidating.

Curiel: Definitely a bit trigger happy. He has a habit of making decisions before thinking. When he was made fun of for not being able to grow a beard like some of the other commanders, he decided to get his Whitebeard tattoo on his chin. No one can fault him for being proud of it though.

Kingdew: He has no fashion sense. Yet he was the one to gift Marco the blue sash he wears. Other crew mates will make fun of them both for wearing matching sashes.

Haruta: Joins Izo in confusing others sometimes by dressing as a girl. It only bothers him when people think he’s a girl and he’s not trying to fool them.

Atmos: He used to be teased when he was younger for how much larger he was than the other children. Now he’s proud that he can stand almost equal in height to Whitebeard.

Speed Jiru: When he was young he wanted to be a knight. He got in trouble often for injuring other kids when they played at jousting.

Fossa: It took him years to perfect his flaming sword technique since he doesn’t have a devil fruit ability. Whenever he and Ace are fighting together Ace will usually light the sword and his cigar for him.

Izo: When he doesn’t wear his usual outfit most of the crew can’t tell it’s him. The commanders have gotten better at this through the years. Whitebeard always knows. 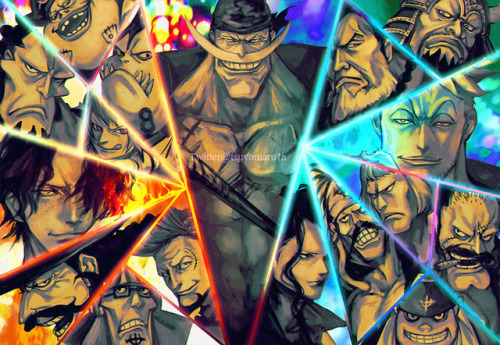 I always see things like this for the Strawhats but never the Whitebeards so here I go.

“We’re passing a winter island, quick, someone lock up Marco!” -Thatch
“Why?” -Ace
“We don’t want him flying south!” - at this point no one knows if this is a serious issue or not.

Fossa burns himself lighting his cigar “Dammit Ace!”
Ace from a whole other room. “What?!”

“Hey Blam, store this for me”
“I’m not storing your fucking sandwich”

That’s all I got rn but feel free to add to this if you got some to share!

“We understand it’s been very hard for a lot of people,” Blamenco says, “We’re safe because we’ve been out at sea, but we hope and pray our followers are all well!”

“It’s great that we can offer some smiles and entertainment.” Haruta gives you a big smile.

“Red wasn’t doing too well for a while, part of the reason for our absence. Between arranging care units for islands and tending to her it has been a bit of a mess.” Izou pets the grey and white baby dragon on his lap as he talks, “But she’s been doing very well and our efforts with assisting our allies and looking after our islands have shown good results. For the moment, all is well.”

“Thank you for your words and concern -yoi,” Marco says with a wave, “We’re all alright. Please look after yourself and your loved ones -yoi!” 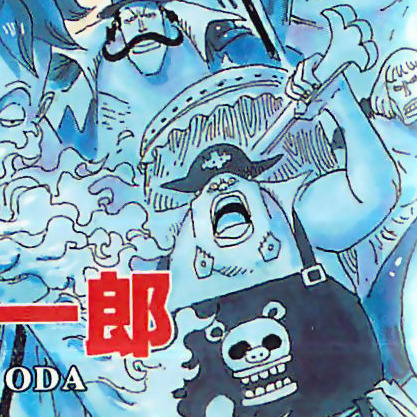 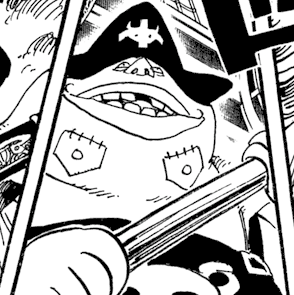 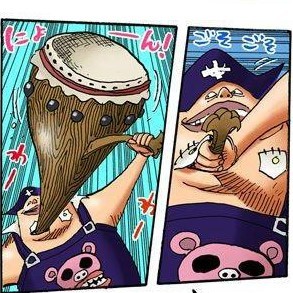 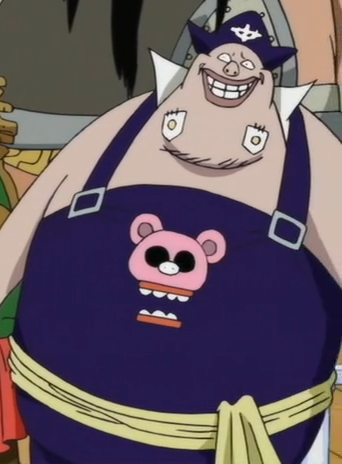 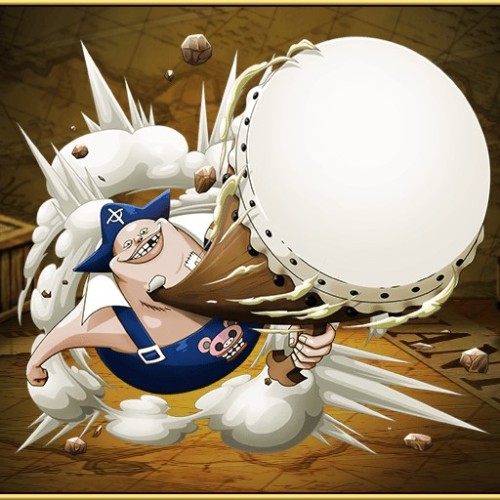 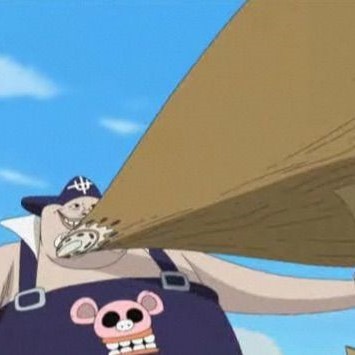 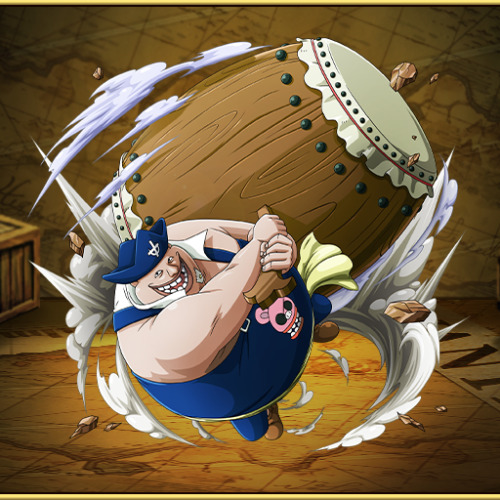 One of 6th division commander of the Whitebeard pirates, Blamenco is incredibly powerful and full of secrets. All we know about his fighting style is that he has two patches on his body and the left one has a giant hammer hidden inside it. Not much is known about what’s in his left patch, or how such a large object can fit inside it, or if it has anything to do with a Devil Fruit power. But it is certain that he’s a force to be reckoned with.

What's this? *pulls out top hat* Could it be? *shoves hand into hat* It is! *pulls out a huge cake* Happy birthday you two from a dumb ol stranger!

The commanders stare at you with blank expressions. Blamenco briefly opens his mouht before closing it and looking puzzled.

“….I don’t believe I’ve learned that trick yet.” Vista says, breaking the silence with his cheery attitude.

“Thank you!” They say at the same time, Vista tipping his hat to you.

I enjoy and love your writing. It makes me smile on days where I find it hard to smile. Therefor, I have a request. A broship story with Marco and Thatch, if that's okay with you. Set in the One Piece world. Could be anyting, from Thatch getting scolded for a prank, Marco asking Thatch if he can make his favorite food or them just hanging out.

“Why are we doing this?” Thatch asks watching Marco search through the pantry. “I thought you were coming in here to yell at me, not to ask me to make something.”

“Yelling is later,” Marco answers pulling a pepper out of the pantry. “Is this spicy?”

“Considering it’s one of the peppers that only Ace will eat?” Thatch raises an eyebrow. “What the fuck is happening here?”

“Blamenco and Jozu had a,” Marco pauses, as if choosing his words carefully. “Tiff yesterday. It broke three doors, took down two other people, had Ace set something on fire as he turned intangible to escape them, and broke my bookshelves. Before drinking my personal stash.”

Thatch winces, because everyone knew how Marco felt about his personal stash of anything, be it booze or food or clothing, Which meant this was revenge, not just Marco wanting to pull a prank.

“So what am I doing with the pepper?” Thatch sighs, pulling out a mixing bowl.

“Can you hide the initial taste of it in something sweet? I wanted to ask brownies, but if that won’t work.”

“I can do that with brownies. Get me what I need, if I’m making a batch of murder brownies, I might as well make more so that everyone can have them,” Thatch says, mentally reviewing the number of baking sheets he would need vs what he had. “And get one of the washer to that sink.”

Marco hums, “Thank you, for helping me with this.”

“Take place in revenge plotted by Marco the Phoenix? The man who never does anything like pranks or revenge?”

“Right, nothing like that,” Marco rolls his eyes. “You’re having too much fun with this, aren’t you?”

“Of course. It’s always fun to see people when they realize that you did this. And also, Ace has been asking me to make spicy brownies because he’s heard of them and wanted to try them. At least they won’t go to waste.”

“Well, two fish and one hook.”

Thatch smirks, glancing to where Marco is headed to another part of the kitchen, “Don’t you mean two birds and one stone?”

“No, because last time someone said that, you spent three week trying to hit me from the sky with increasingly large rocks, so kindly fuck off.”

Thatch laughs as Marco flips him off, hurrying to collect the ingredients within easy reach, he would have Marco get the rest when he returned.

Character Aesthetic - Bold all that apply and then repost…

Tagged by - @ask-a-normal-traveler (Thank you!)

I NEED TO KNOW THE FRUIT AFFILIATIONS!!! *grabby hands* I love my fruity pirates and am dying to know! XD (And I may type a fic about the Marco thing, I am trying to get others done at least--heh)