I’m very stupid what happened with the nhl?

let me try to break this down thoroughly:

austin watson is an american hockey player currently with the nashville predators, drafted in 2010. on june 2018 he was charged with domestic assault and then later pleaded “no contest” when the case was argued in court, on july 24. his girlfriend had been found with red marks all over her chest, as if she’d been beaten again and again.

as the nhl is the ONLY major sports league without a specific policy regarding domestic violence, each case has to be accessed individually. so gary bettman conducted an investigation and a hearing with austin watson, whatever the fuck that meant, and ultimately decided to suspend watson. watson would be suspended for 27 games and restart his career on december 3rd, fine and dandy.

relevant to add that during this time watson was authorized by the preds to use their considerable resources (which kinda takes the “without pay” part out of the equation), and the nhlpa filed an appeal on his behalf. despite being suspended for beating the mother of his child, watson was allowed on ice on october 3rd, in full uniform, to celebrate the start of a new season with his teammates.

because obviously none of this shit has been grotesque and mocking enough, yesterday the nhl announced that a fucking piece of shit arbitrator decided 27 games for domestic fucking violence was just too much and reduced his suspension to 18 games. 18 games. 2 games less than tom wilson and nate schimdt will be suspended for. if this doesnt tell you exactly how the nhl sees violence against women , i dont know what will. i’m disgusted he’s allowed to play at all, but there’s been other cases like his, some worse, some in my own teams, so while disgusted, i wasnt surprised. this reduction, however, is a statement. yet again, it tells the fans, the players, their partners and their families, that the nhl not only has room for domestic abusers–it makes room. 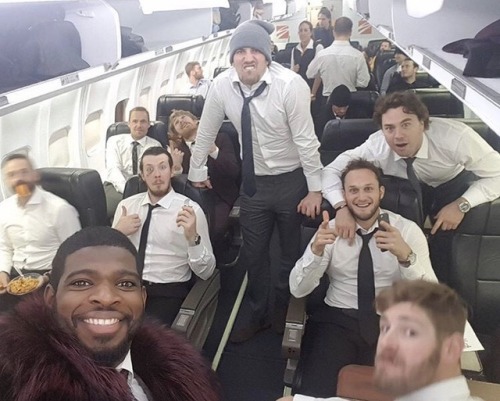 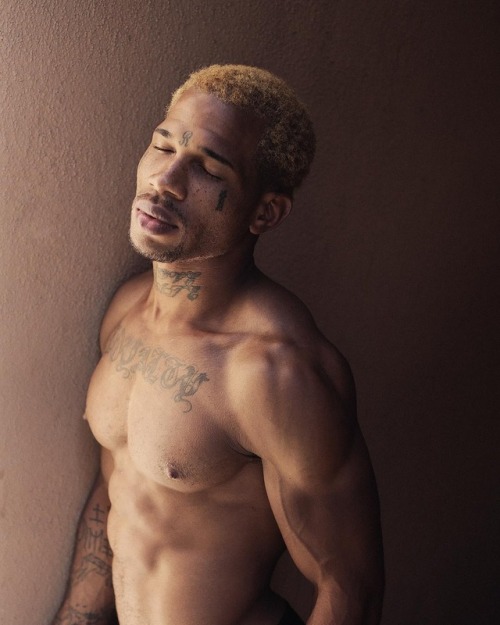 just some game one preparations

Preds players smash the hallway during their soccer routine at Bell MTC Place prior to Game 4 against the Jets (May 3rd, 2018)

the boys of the nashville predators (youtube) (hurricanes) (avalanche) 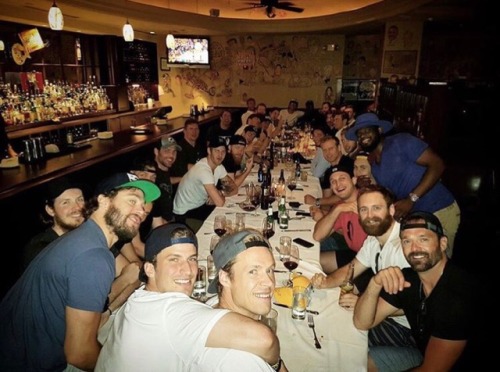 “Man I love these guys!” 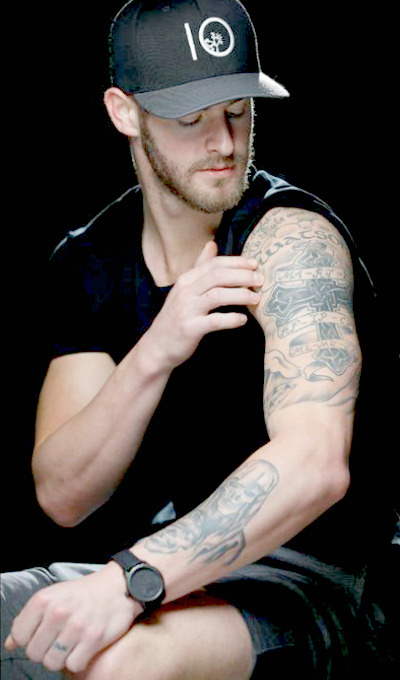 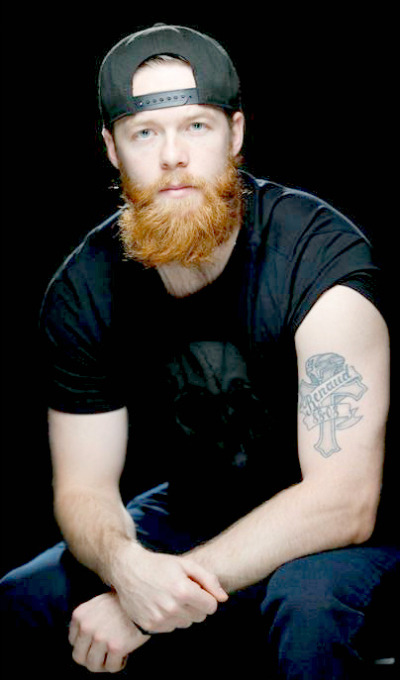 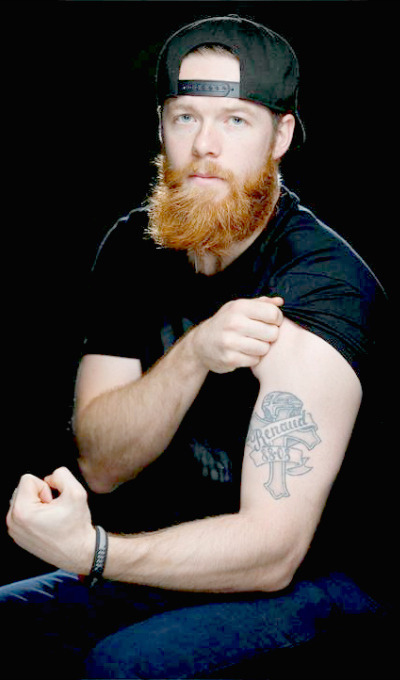 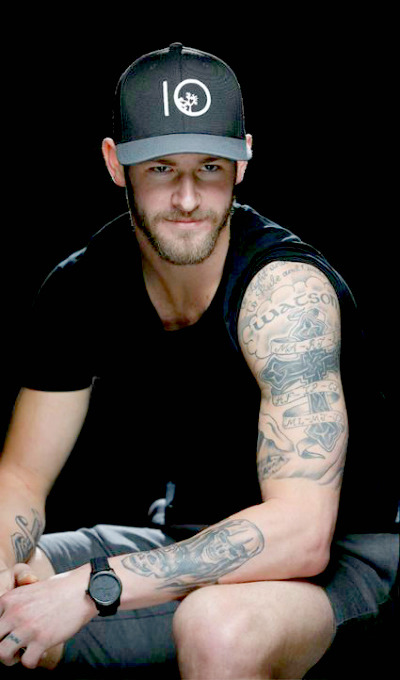 ryan ellis and austin watson share the meanings behind their tattoos for preds’ tattoo industry night. (03/22/17)

*austin watsonhockeyediti don't think i or anyone ever posted these so here you go because wats can fucking murder mepredsryan ellisnashville predators*preds
188 notes
Loading...Show more notes
Reblog 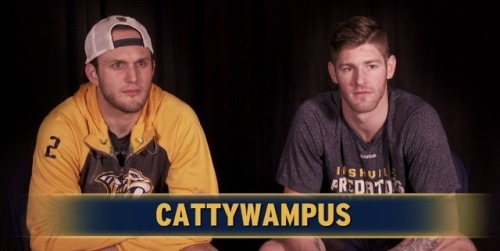 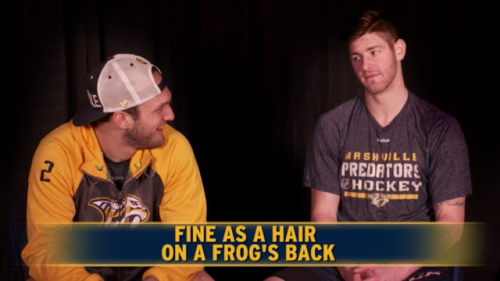 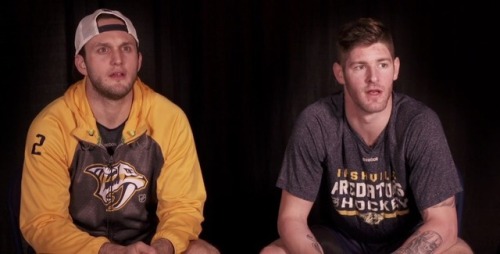 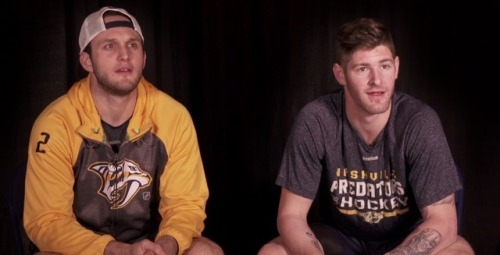 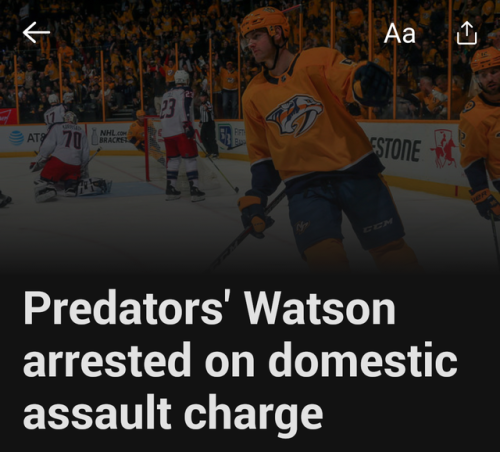 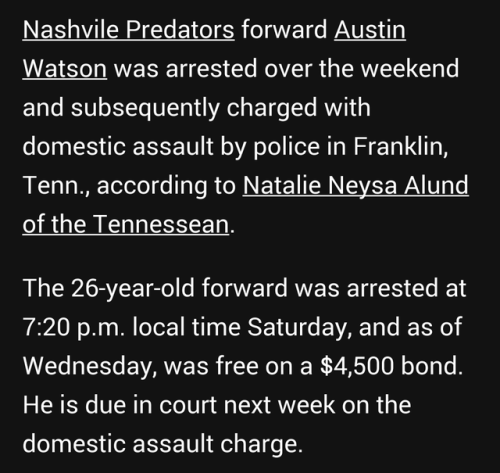 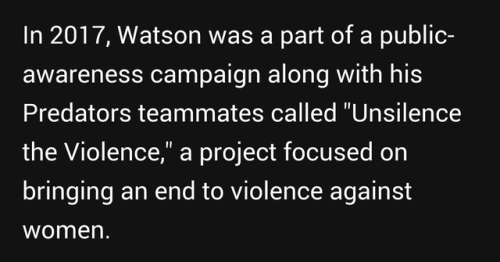 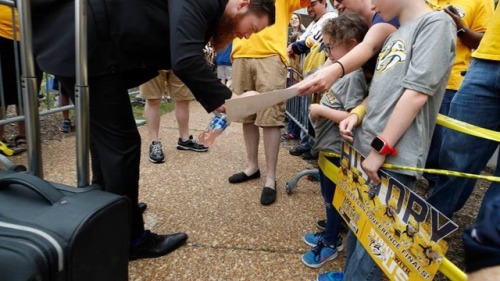 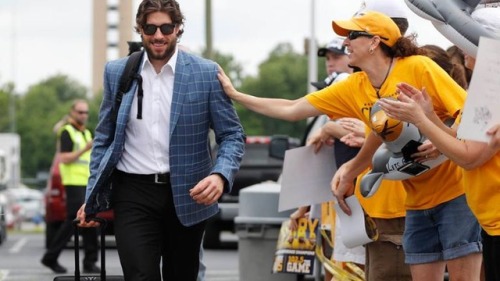 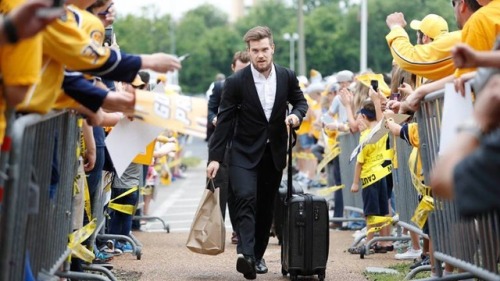 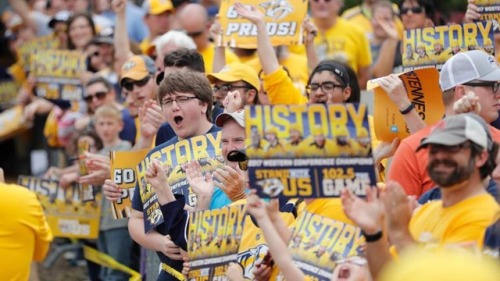 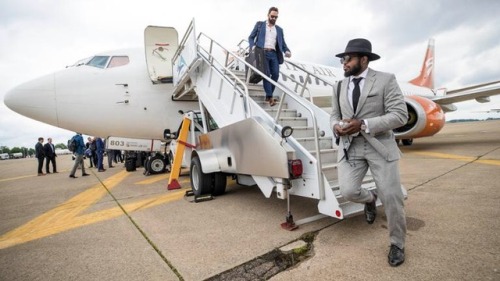 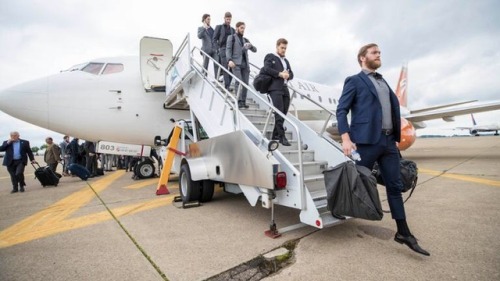 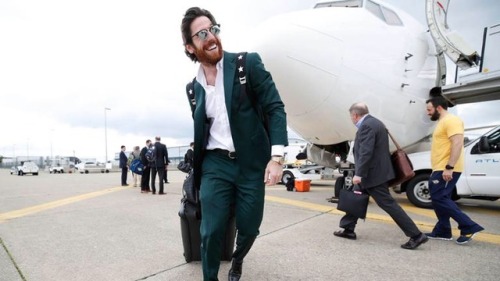 get you a captain that smiles at you like this when you score a goal in your debut.